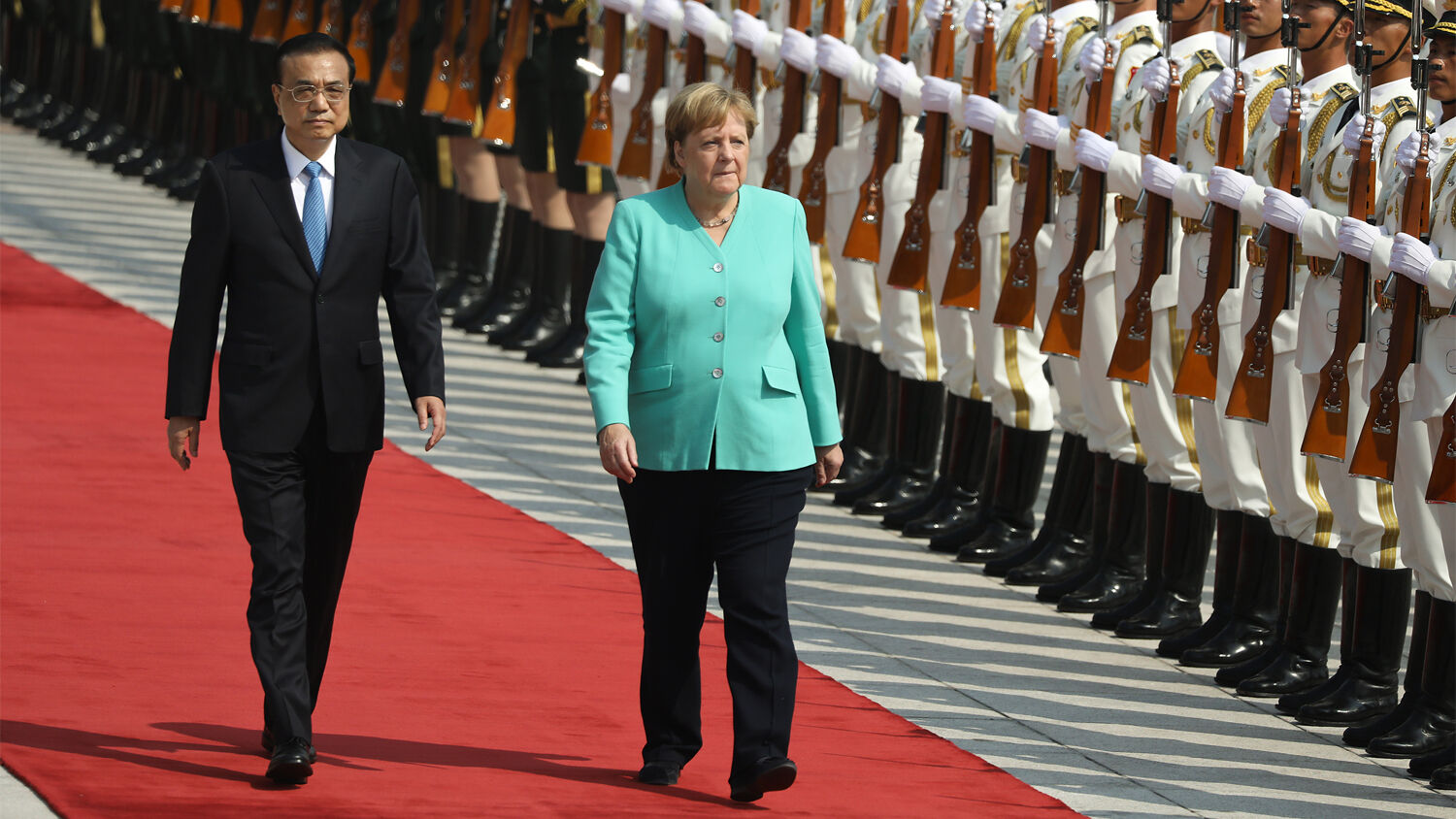 Most Germans advocate remaining neutral in a conflict between the U.S. and China.

A survey by Infratest Dimap commissioned by Welt am Sonntag reveals that many Germans advocate for not standing with America should the dispute between China and the United States escalate. Only 17 percent said Germany should stand on the side of the United States, 1 percent said their nation should side with China, and 77 percent favored staying out of the conflict, Die Welt noted on January 10.

In the collective defense clause of Article 5 of the Washington Treaty, North Atlantic Treaty Organization members committed to view an attack against one or several of its members as an attack against all. But it’s becoming increasingly evident that the U.S. may not be able to rely on that clause.

Rising hostility toward the U.S. has caused many Germans to ignore China’s atrocities and dangerous rise to power. The desire for strict neutrality shows that many Germans want “to turn a blind eye to geopolitical reality,” chairman of the Foreign Affairs Committee in the Bundestag, Norbert Röttgen, told Welt am Sonntag, “but if you ignore realities, they will strike all the harder.”

Since the end of World War ii, Germany has cooperated closely with the West, particularly the United States. But in recent years, it has increasingly turned against America.

A survey conducted in May by the Kantar Public polling institute on behalf of the Körber Foundation revealed that 36 percent of Germans believe that relations with China are more important than those with the U.S. Many Germans would rather side with a totalitarian obsessive regime than a longtime ally and liberator.

Germany claims to uphold liberties like democracy, freedom of speech and human rights. It claims that it has learned from its past and would never again help dictators rise. But we are seeing dictators rise in China and other countries around the world, yet Germany is doing nothing to oppose it.

As China works furiously to gain supremacy over the U.S., it is suppressing its own population. Its “reeducation centers” are an example of its totalitarian tendencies. Trumpet contributor Jeremiah Jacques noted in “What Happened to ‘Never Again’?”:

Some 75 years ago, after Nazi Germany’s slaughter of 6 million Jews, the phrase “never again” became the solemn vow for many in Europe and beyond. Never again would the nations of the world sit by as a government systematically carried out such satanic horrors on any group.

But the Uyghur people are living a nightmare under the boot of the Chinese Communist Party. A 21st-century holocaust is happening to them right now. But as with the Holocaust against the Jews in the 1930s and 1940s, most Europeans ignore it. And few of the Continent’s leaders take a meaningful stand against it.

Today, Germany not only is willing to look the other way as China commits heinous crimes but it is supporting China’s rise through lucrative trade deals. On December 30, Chinese President Xi Jinping hosted a video conference with German Chancellor Angela Merkel and other European Union leaders. After the conference, the EU and China agreed on a comprehensive investment agreement.

This is not to say Germany supports everything China does, but Germany’s hatred for the U.S. has grown so strong that it would rather stand by seeing its demise than intervene.

This neutrality is dangerous. The Bible reveals that it will again pave the way for great evil. The situation is much more serious than even the surveys indicate. Various prophecies show that Europe will ally with China against the U.S.

Isaiah 23 shows that this war will start with a trade war, or an economic siege. This prophecy shows that China and Germany are forging a temporary alliance to bring the U.S. down. Deuteronomy 28:52 also prophesies of this coming siege: “And he shall besiege thee in all thy gates, until thy high and fenced walls come down, wherein thou trustedst, throughout all thy land: and he shall besiege thee in all thy gates throughout all thy land, which the Lord thy God hath given thee.” This coming siege is explained in great detail in “America Is Being Besieged Economically,” by Trumpet editor in chief Gerald Flurry.

Blinded by its hostilities toward the U.S., Germany is allowing China’s rise to unfold almost completely unhindered. But the Bible also reveals that after the U.S.’s demise, Germany and China will clash. Daniel 11:44 reads: “But tidings out of the east and out of the north shall trouble him: therefore he shall go forth with great fury to destroy, and utterly to make away many.” As explained in Russia and China in Prophecy, this verse is referring to a coming clash between an Asian alliance and European superstate after their common goals have been achieved.

Röttgen’s words, “[I]f you ignore realities, they will strike all the harder,” will come true in a way that even he cannot imagine.

Considering Germany’s decades-long ties to the U.S., these prophecies seem almost unfathomable. But the mere fact that hostility against the U.S. is rising in Germany, while China rises in Germany’s favor, should cause us to heed the warning that these prophecies contain. To learn more about fulfilled Bible prophecy, request a free copy of The Proof of the Bible, by Herbert W. Armstrong.