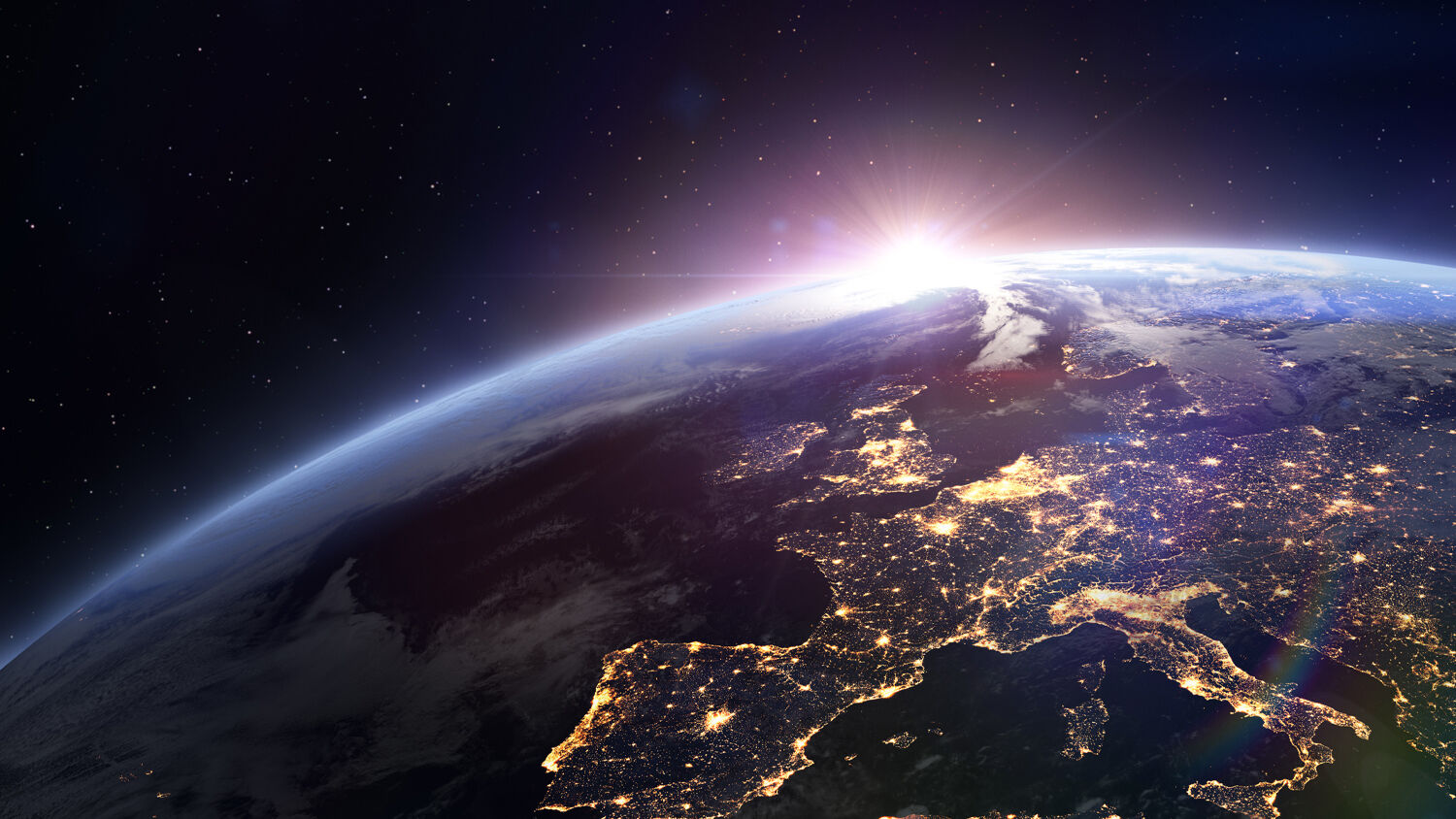 Recent studies suggest that science’s current models for the origin of life are flawed.

How unique is life on Earth? In 1974, Carl Sagan estimated that there could be up to a million civilizations inhabiting the Milky Way. But two recently published studies challenge that idea.

For life to evolve, scientists say that the Earth must have been capable of supporting life for billions of years. Catastrophes could come along that destroy a lot of life. But none of them could be so bad that they make the planet uninhabitable.

Scientists estimate that Earth has been habitable for 3 to 4 billion years. In December, Earth system science professor Toby Tyrrell published the results of a study. He plugged into a simulation 100,000 hypothetical planets, each with climate characteristics that were all random but habitable. Each planet went through 100 random adjustments in important factors like temperature. The study’s aim was to discover how likely it was for each planet to remain habitable after the adjustments.

“Earth’s long-lasting habitability was therefore most likely a contingent [accidental] rather than an inevitable outcome.”

In other words, if Tyrrell’s views are correct, then humanity—and life on Earth as a whole—exists for no other reason than 3 billion years of extreme luck.

Put this together with the fact that planets can lose their habitability. Scientists think that both Venus and Mars could have supported life at one point. Of course, neither can support life today. Venus is an acidic inferno while Mars is in a deep freeze.

Scientists think Earth went through five mass extinction events in the last 500 million years. These mass extinctions are believed to have made 75 to 90 percent of all species that have ever lived extinct. Yet somehow, Earth has survived it all, even a hypothesized asteroid impact that killed off everything from Allosaurus to Zuniceratops.

It must have taken a miracle for life on Earth to evolve. Assuming that Earth was around long enough for evolution to take place.

Another study published in November in Astrobiology questions this assumption.

The report reads: “Some of these transitions could have been extraordinarily improbable, even in conducive environments.”

If the “tape of life” were to be restarted from its beginning, according to the study, the chance of human evolution would be “vanishingly small.”

The conclusion: According to science’s models on evolution, the evolutionary timeline “likely exceed[s] the lifetime of Earth, perhaps by many orders of magnitude.” Popular Mechanics wrote that the scientists “conclude that it would be virtually impossible for that life to evolve the same way somewhere else.”

In other words, the accepted view on the origins of life are unrealistic.

Astrobiology proposes a solution to this problem.

“It has also been suggested that Mars was habitable. … If the rate of material transfer between Mars and Earth is high enough to consider the two planets a single environment, we can compare the likelihood ratio between an extraterrestrial origin of life and origin of life on Earth as well.”

Life coming from Mars? You first have to find life on Mars to claim that life came to Earth from Mars.

The more scientists look, the more they see that Earth’s capability to support life is unique. And not only can Earth support life, but it is optimal for supporting life—even intelligent life. Trumpet managing editor Joel Hilliker highlights this in our free booklet Our Awesome Universe Potential. Here are a few statistics about our Earth:

• It is the perfect distance from both sun and moon to have a stable, predictable orbit. Twenty-four-hour days ensure Earth’s entire surface is properly warmed and cooled every day.

• It is the perfect size and mass. If it were less dense, an atmosphere would not form and remain; if it were more dense, its atmosphere would be uninhabitable. As it is, our atmosphere allows just the right amount of radiation to keep us warm but not kill us.

• Earth’s metal core produces a magnetic field that protects the surface from radiation from space. Radioactive heat from the core, mantle and crust creates plate tectonics, necessary for life for several reasons.

• Humans need 27 elements, including carbon, oxygen, nitrogen, phosphorus, potassium, sodium, iron and copper, to live. Earth has just the right mix of them.

• Earth has just the right amount of water in the proper ratios of liquid, solid and gas. A little more, and the continents would be drowned. A little less, and the planet would probably be too hot to host life.

And not only is Earth unique, but our sun is a unique star perfect for supporting a life-sustaining planet:

• Most stars (two thirds to three quarters of them) are found in groups of two, three, four or more. If we had more than one sun, it would make life far less stable on Earth because of erratic gravitational effects, and/or possible dangerous eruptions of tidal gas passing between the stars.

• Ninety-five percent of all stars are less massive than the sun. A smaller, less dense sun would mean we’d have to be much closer to it to stay warm. The tidal locking would create synchronous rotation—where the same side of the Earth always faced the sun. Thus, half the planet would freeze.

• It has the perfect luminosity. Because it is a yellow star, its energy lies mostly in the visible part of the light spectrum—not even 10 percent of its energy is ultraviolet. If it were much hotter, producing mostly ultraviolet light, life would be impossible. If it were a smaller red star, the supply of visible light would be inadequate.

• The sun’s size and distance from Earth create stable temperature fluctuations that allow Earth’s water to remain in perfect balance among its three phases, liquid, solid and gas.

Here’s an even better question: Is it all a coincidence after all?

Scientists don’t like admitting this, but results from studies like these latest two show the improbability of science’s models for how life originated. That life could have progressed for billions of years, surviving one mass extinction after another, becomes more and more improbable as science learns more and more.

Scientists have come to refer to Earth as a “Goldilocks planet.” That is, in every conceivable way, conditions aren’t too hot or too cold, too large or too small, too close or too far—too anything. No matter what is measured, it is “just right.” … Not only for the existence of life, but also for discovery. And to a mind-boggling level of precision. Even the minutest deviation would make cosmic observation difficult or impossible—or would wipe out all prospect of life.

One cannot help but wonder then if Earth’s “perfectness” is deliberate.

One also has to wonder then, since life evolving independently on Earth is so unlikely, if there is an “extraterrestrial origin of life,” so to speak, after all.

Please request our free booklets Our Awesome Universe Potential and Does God Exist? to find out more.