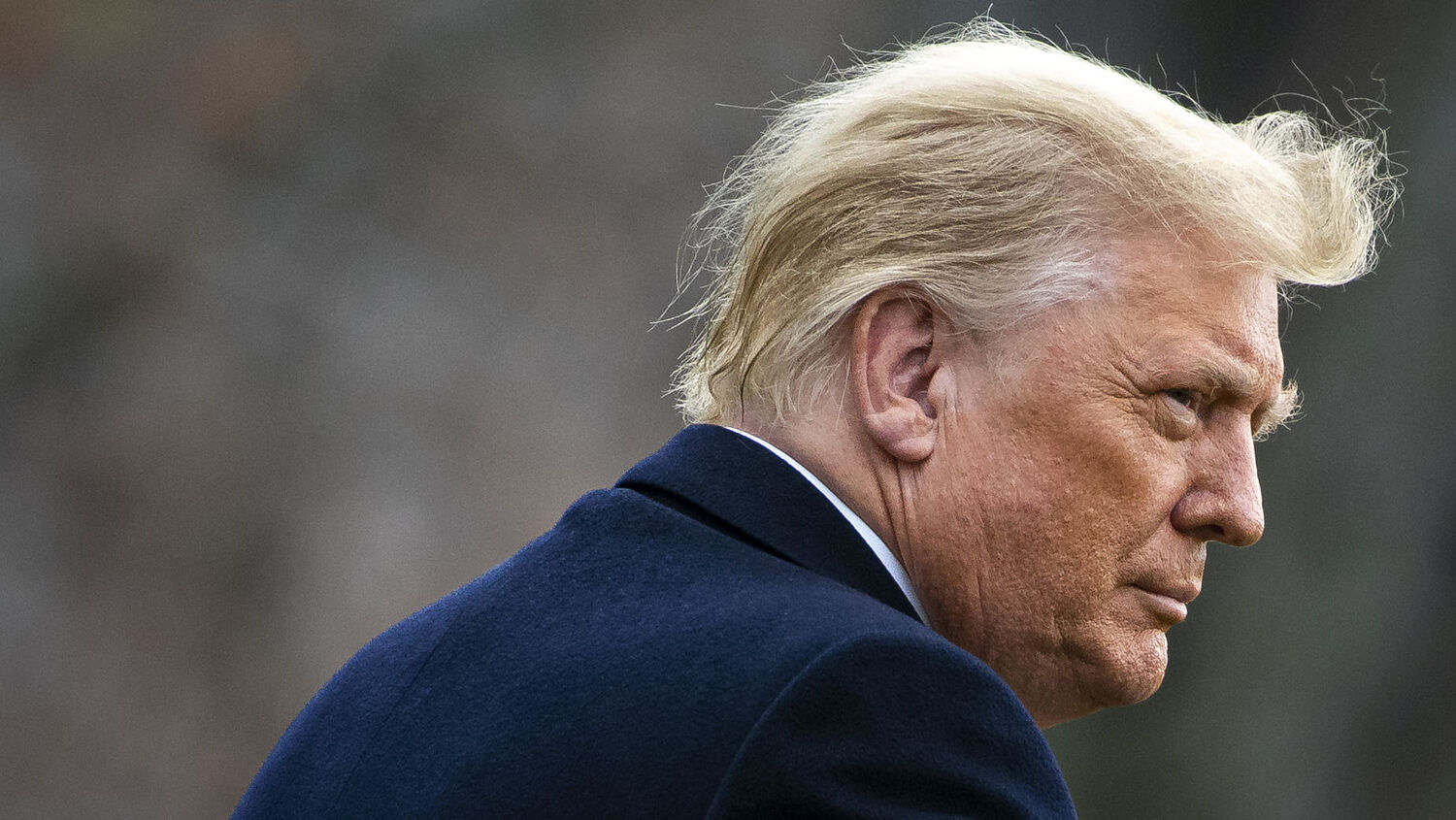 The devil and his followers hate exposure: That is why the deep state works in the dark.

We are less than two weeks away from the United States presidential inauguration. At 3:44 this morning, a joint session of Congress certified Joe Biden as the winner of the 2020 presidential election. But we at the Trumpet know that the nation and the world is in for a surprise. And, as I’ll explain, part of the reason we know is because of what seems like a totally separate struggle that we ourselves went through two decades ago.

I’m sure you have seen the news about protesters pushing their way into the Capitol building. The crowd of President Trump supporters (and, allegedly, some radical leftist agitators posing as Trump supporters) broke windows and clashed with police. Members of Congress in the Senate chamber actually evacuated for a few hours as police resecured the building. One U.S. Capitol Police officer fatally shot a Trump supporter as she was climbing through a broken window. Three others have died, who authorities said had medical issues.

What a tragedy at the very building that represents the American republic! Leftist news corporations—who portrayed 2020’s leftist riots as “mostly peaceful”—are portraying yesterday’s chaos as “insurrection” and trying to use it to discredit President Trump and his supporters. Everyone ought to oppose violence and destruction (President Trump did so and told demonstrators to go home), but no one should be deceived. Yesterday’s tragedy does not change the facts about the presidential election. It was stolen! The gavel being banged in the Senate chamber early this morning just made it official.

Yet many lawmakers are acting like the violence at the Capitol means Joe Biden’s “win” is legitimate. Some Republican senators, like Kelly Loeffler of Georgia and James Lankford of Oklahoma, promised to object to certification of Joe Biden’s “victory,” but then declined to do so.

After the protesters were dispersed and members of Congress returned to the Senate chamber, Rep. Paul Gosar of Arizona and Sen. Ted Cruz of Texas objected to Arizona’s election results. But both houses of Congress voted to overrule their objections. Later, Rep. Scott Perry of Pennsylvania and Sen. Josh Hawley of Missouri objected to Pennsylvania’s election results. But again, both houses overruled them.

So early this morning, Vice President Mike Pence announced that Joe Biden had won the presidency. President Trump made a statement pledging that there will be an “orderly transition of power” on January 20.

“Even though I totally disagree with the outcome of the election, and the facts bear me out, nevertheless there will be an orderly transition on January 20th,” the president said through his spokesman. (Twitter had preemptively locked his account.) “I have always said we would continue our fight to ensure that only legal votes were counted. While this represents the end of the greatest first term in presidential history, it’s only the beginning of our fight to make America great again!”

Almost every Republican, including the vice president, has abandoned him. It is getting harder and harder to see how Donald Trump can possibly remain America’s president.

President Trump reminded the wild protesters that he stands for the rule of law and told them to go home. But he is not giving up his struggle to expose the corruption of the radical left. He presses on, against all odds, to try to expose the truth.

This president has tremendous courage, and God is going to use that courage to expose some of the biggest frauds ever committed.

My father’s cover story for the January 2021 Trumpet issue is titled “Why Donald Trump Will Remain America’s President.” In this article, he shows that President Donald Trump is a modern fulfillment of the ancient Israelite King Jeroboam ii. (As Herbert W. Armstrong documented in The United States and Britain in Prophecy, Americans are among the descendants of the ancient Israelites.) Verse 26 of 2 Kings 14 reveals that God is using this modern leader of modern Israelites to save his nation—temporarily—from the radical forces smashing against it.

“By most appearances, Joe Biden will be America’s next president,” my father wrote in that article. “But I absolutely do not believe that at all. Mr. Trump will weather this storm too. Regardless of what the media says or how things look right now, I am confident Donald Trump will remain president. I am also certain that we are about to see some of the biggest frauds exposed perhaps ever! Why? Because a Biden presidency is contrary to Bible prophecy.”

Why did my father make such a bold claim? And now—with the votes in, the court cases blocked, the electoral college vote over, the Congressional certification done, the one-time allies deserting the cause, and the radicals 13 days away from changing America with their new regime—why does my father stand by it?

One of the main reasons is that he believes a specific Bible prophecy God has revealed about this little Philadelphia Church of God! And it has to do with a court case.

In his last and greatest book, Mystery of the Ages, Mr. Armstrong dedicated Chapter 2 to “Mystery of Angels and Evil Spirits.” Referring to that chapter, my father wrote in his Habakkuk booklet, “This book exposes Satan as no book on Earth. The devil hates and fears exposure most of all. He is in a fitful rage and is trying to destroy Mystery of the Ages.”

As my father was writing that, Satan was attempting to destroy that book in every way possible. Mr. Armstrong had died, his successors in the Worldwide Church of God had revoked Mystery of the Ages from circulation, and after the Philadelphia Church of God printed it and distributed it free to anyone who asked (24 years ago this month), they fought us in court! They hit out at us using the wealth, the resources, the in-house legal firepower and the wrath of an organization many times larger than ours.

“Never has this Work suffered such wrath,” my father continued (ibid). “So far [Satan] has been dangerously successful. But we must not let him succeed. God is on our side. Now each one of us must walk by ‘his faith.’ Satan knows that if he can destroy Mr. Armstrong’s writings, God’s message cannot reach the world. Spreading that message is the very reason why we are called now!”

As I was assisting my father during that court case 18 years ago, I personally witnessed how much Satan hates being exposed! We printed Mystery of the Ages, which exposes him and reveals God’s awesome plan for defeating him. Those he was inspiring in the Worldwide Church of God sued. My father instructed us to keep printing. Then he told us to print Mr. Armstrong’s other major books, including The United States and Britain in Prophecy, The Incredible Human Potential and The Missing Dimension in Sex. He believed these books were inspired by God and that God would work miracles to defeat Satan and get them out to anyone who would request them.

We won in district court. Worldwide appealed. The case dragged on. Satan inspired an array of dishonest maneuvers by the Worldwide leaders. Then California’s Ninth Circuit Court of Appeals overruled the district court and ordered us to stop printing Mystery of the Ages and to undergo a trial to ascertain the amount of damages we must pay to the Worldwide Church of God. We appealed to the United States Supreme Court. We were denied.

It looked like there was no way to get Mystery of the Ages to the world. It looked like Worldwide would not only censor that wonderful book from reaching the world but also take thousands or perhaps millions of dollars away from our ability to spread the messages contained in it! Ralph Helge, a Worldwide member and on-staff lawyer, wrote to a former pcg member that my father had “exhausted all legal remedies available to him. Any attempt of the pcg to acquire any court ordered right to print [Mystery of the Ages] is over, done, finished. Legally there is no place else for him to go on this issue. I don’t know how else I can say it. pcg’s only ‘right’ is to stand before the bar of justice and have damages assessed against them and attorney’s fees for the wrong that it has committed.”

Yet even in this situation, my father was adamant that “one way or the other, God will provide a way for us to mail that book again.” He said that Habakkuk 3:2 and other scriptures were prophecies that God would “revive thy work in the midst of the years.” In early 2003, just a month after Helge’s victorious-sounding letter, the wcg abruptly and inexplicably decided to sell us the copyright to Mystery of the Ages and 18 other books and booklets by Mr. Armstrong!

And the call came on, of all dates, January 16, the anniversary of the death of Mr. Armstrong! It’s a date we watch very closely.

But there was a condition. Worldwide lawyers said we had to give up the documentation that the courts had ordered them to provide to us during the litigation and allow them to make it secret again. We could have the full copyrights to Mystery of the Ages and all those other books and booklets, we just needed to pay a comparatively modest sum and agree to this one little stipulation not to expose them.

After six years of fighting in court, my father’s decision—which came as a surprise to our lawyers for sure—was this: “There is no way we are giving that up. That is a deal breaker.” He also remarked, that he felt like he was getting his “second wind” to fight in court.

And the Worldwide capitulated on that point as well! They had no worldly reason to do so, yet God performed a miracle and forced them to!

We got the copyrights to those wonderful books that reveal the truth and expose Satan and we kept the documents that revealed a case study of how he infiltrated, infected and spiritually hijacked the Worldwide Church of God. I used them to write a book all about this landmark battle in court. We recently updated and reprinted it. You can request your own copy of it (and any of those 19 titles by Mr. Armstrong) completely free. It’s called Raising the Ruins.

God and those who follow Him fight to expose Satan. That was true in our Mystery of the Ages court battle. It’s true in this battle for what remains of the American republic.

It seems like an impossible stretch to say that our 1990s and early 2000s Worldwide Church of God v. Philadelphia Church of God copyright litigation over Mystery of the Ages by Herbert W. Armstrong is at all connected to the 2020 crisis over the election of the president of the United States. But it is! Because the same Satan is inspiring both of these dark, destructive movements. And the same God is exposing him!

You don’t have to believe it now, but watch for events to show those who are willing to open their eyes where Satan is working—and where God is working!

Watch for God to use a president with only 13 days left in his term to expose the corruption in American politics—and in the wicked human nature that infects all of us. And when you see Biden’s “victory” ultimately overturned, have no doubt as to who is responsible!