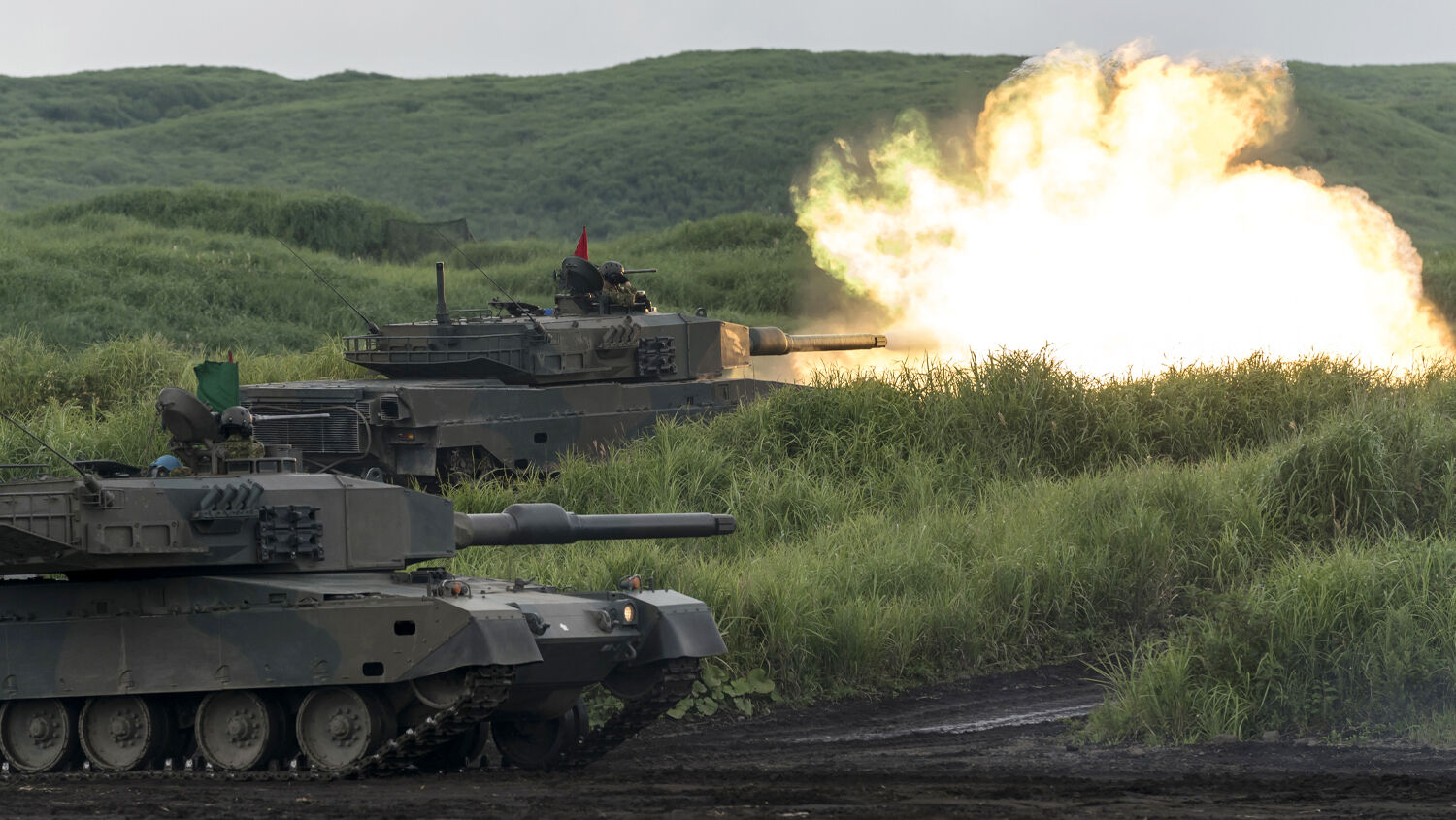 Japan’s largest defense budget ever will make its military more powerful than ever.

The Japanese cabinet approved fiscal year 2021’s defense budget on December 21, the Japan Times reported. It is Japan’s largest ever at ¥5.3 trillion (us$51.7 billion), a 0.5 percent increase over fiscal year 2020. That may not sound like much, but it represents Japan’s ninth year in a row of increasing its defense budget. It’s actually lower than what the Defense Ministry asked for; it was hoping for a 3.3 percent increase.

This is also the first defense budget approved under Japan’s new prime minister, Yoshihide Suga. Suga became prime minister in September after his predecessor, Shinzō Abe, stepped down due to ill health. Abe was responsible for Japan’s defense budget increases in recent years. His main ambition was to revise Article 9 of Japan’s Constitution. The article bans Japan from declaring war or having a normal military. Abe wasn’t able to accomplish his goal, but Suga has promised to continue Abe’s legacy.

The bill now has to be approved by the Diet. Approval is expected, given that Suga’s Liberal Democratic Party (ldp) has a large majority.

What is included in this largest defense budget ever?

For starters, $555 million for F-X, a state-of-the-art fighter jet—Japan’s first domestic jet since 1975. The F-X is a joint-project between Mitsubishi and Lockheed Martin. Plans include equipping it with missiles for air, ground and sea targets, a weaponized radar system that can fry enemy missiles, an upgraded stealth system and an information-sharing system synchronized with American jets. Once construction is finished, the F-X is expected to be as sophisticated as the fighters in the Chinese and Russian air forces. It’s already anticipated to outperform America’s F-25. The first prototype is expected to be completed around 2024.

Tokyo also earmarked $323 million for the development of new anti-ship missiles. These “stand-off” missiles will have a range up to 559 miles. Japan intends to base the missiles in Okinawa, in all likelihood to deter Chinese aggression. They are expected to be ready in five years.

$16 million will be reserved for preparations to build two new warships synchronized with America’s Aegis battle system. The actual construction will cost much more.

Japan is also using $1.1 billion for space warfare. One particular piece of technology it is hoping to work on is a telescope capable of detecting hypersonic weapons, like the kinds China and Russia are working on right now. Such weapons are harder to locate and intercept than traditional ballistic missiles.

We’ve covered weapons against land, sea, air and space targets. What’s next? Cyberspace: $289 million is reserved for the development of two new cybersecurity units. $3.8 million is for testing 5G technology for military purposes.

There’s even $27 million worth of funding for a laser to shoot down drones.

This might, on the surface, seem like good news. Japan is an American military ally and vital economic partner. It’s a stable liberal democracy in a continent of authoritarian dictators. If America were ever to go to war with China, Russia or North Korea, it cannot afford to not have Japanese support.

However, recent Japanese history gives reason to question this verdict.

Consider why Japan has Article 9 in its Constitution. It wasn’t because the Japanese decided to adopt it themselves. The Constitution was forced upon the nation by occupying American forces in 1947. In their belief of racial superiority and in fanatical—even suicidal—devotion to their country, the Japanese perpetrated some of the most horrifying war crimes and crimes against humanity in World War ii. The Rape of Nanjing, Bataan Death March, and mass use of Korean “comfort women” come to mind. The United States saw the need to legally bar Japan from ever engaging in that kind of behavior again. Article 9 was meant to outlaw war for Japan. In turn, the U.S. promised to defend the nation. An attack on Japan would mean an attack on America.

But one line of Article 9 says that Japan would renounce war “as a means of settling international disputes.” This gave it the pretext to interpret the Constitution as banning offensive but not defensive warfare. So Japan established its own Self-Defense Force. Sounds good: Any sovereign nation should have the right to defend itself.

But Japan has been interpreting the term “self-defense” quite liberally. Global Firepower ranks Japan as having the fifth-most powerful military in the world today. Its navy is larger than Britain’s and France’s combined. It has soldiers stationed as far away as Bahrain in the Persian Gulf and Djibouti in the Horn of Africa. As noted above, it is even developing weaponry for space warfare.

If Japan already has this kind of military—apparently with America’s blessing—then why are politicians like Abe and Suga trying to revise Article 9? Is it because they want Japan to become more active militarily around the world? Do they want to use the military to “settle international disputes”?

Bible prophecy says that Japan is going to do exactly that. And it will be the mother of all “international disputes.”

A prophecy in Revelation 16:12 mentions a power bloc called “the kings of the east.” In this case, “east” refers to east of the Holy Land. Revelation 9:16 mentions that this bloc will contain an army with an astounding 200 million soldiers. This force is so destructive that God labels it a “woe.”

Which part of the world east of Israel could field such an army? The giants of Asia, of course.

The bulk of the military would come from nations with populations the size of China’s and India’s. But Japan also has a large population—and the technological prowess most nations lack. Its history in World War ii shows that it is not afraid to be extremely aggressive. If anything, when going into battle, the Japanese generally punch well above their weight.

To learn more about this “kings of the east” conglomerate, Japan’s place in it, and what it means for you, please request our free booklet Russia and China in Prophecy. Also read our Trends article “Why the Trumpet Watches Japan’s March Toward Militarism.” It will bring you up to speed on how Japan went from being the pacifist nation it was in the second half of the 20th century to the military powerhouse it is today.