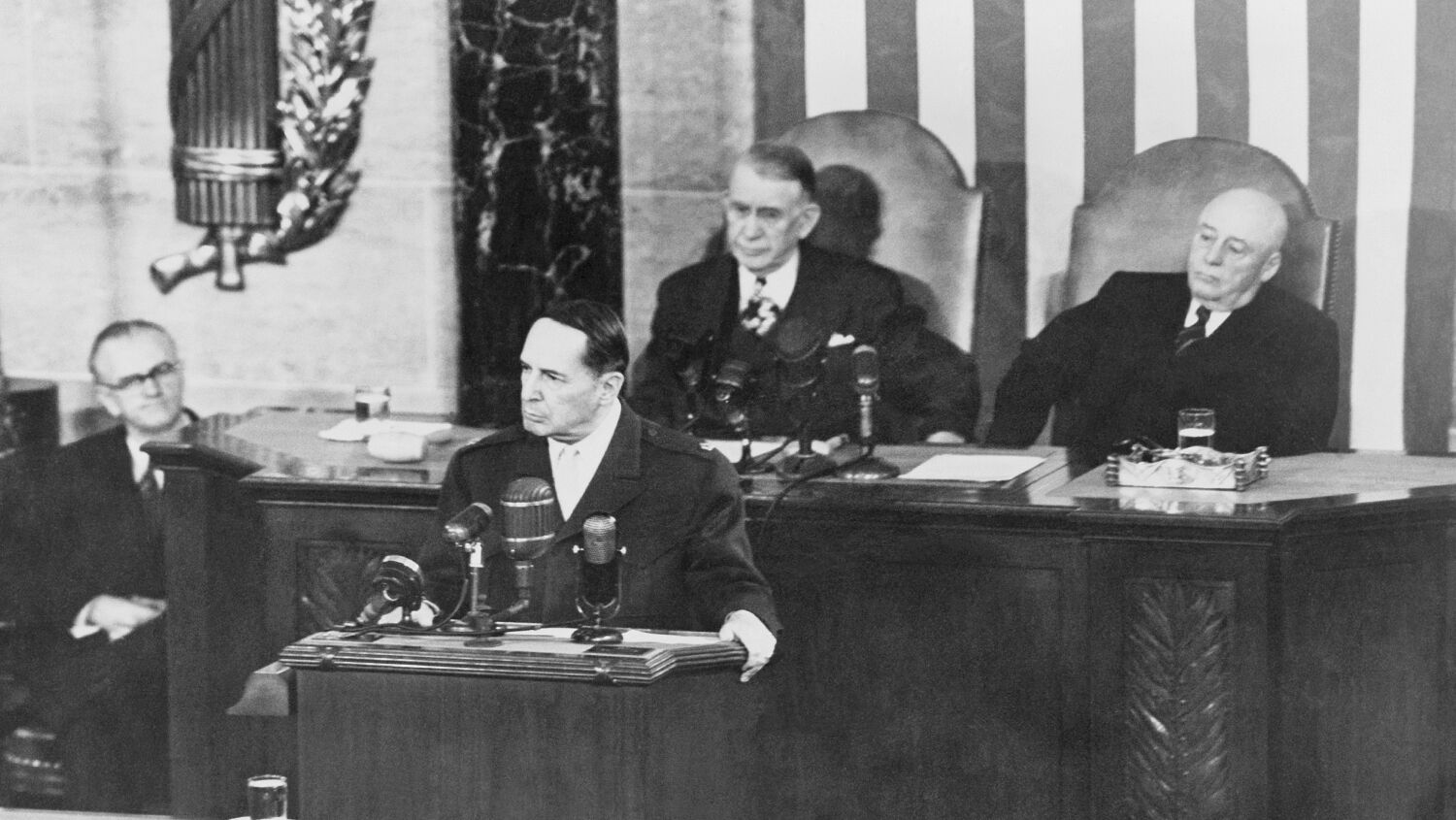 Douglas MacArthur was one of America’s greatest soldiers. How did he become great, and what can we learn from him?

As a boy, MacArthur dreamed of following in the steps of his famous father, an army captain who won the Congressional Medal of Honor during the Civil War. His mother told him, “You must grow up to be a great man—like your father and Robert E. Lee.” When Douglas was 13, he overheard his father say to her, “I think there is the material of a soldier in that boy.” He never forgot that remark. William Manchester wrote, “No adolescent rebellion for him; all his life he would seek to be a man-at-arms in whom his father could have exulted.”

Douglas excelled at sports and academics, but when he graduated high school in 1897, he was denied entry to the United States Military Academy at West Point. He did not receive the presidential appointment he needed, and he also failed his preliminary physical examination due to curvature of the spine. But there was indeed material of a soldier in this young man: He moved with his mother to a district in Wisconsin where they knew the congressman and immediately set out to correct the spinal defect with the help of a specialist, whom he worked with an entire year! He was determined not to be denied West Point in 1899. The doctor said of him, “He was one of the quickest fellows to obey orders I have ever treated.”

Meanwhile, Douglas also worked with his mother as well as a tutor to prepare for a contest in his congressional district, walking two miles every day to study. He said he never worked harder in his life. When the results were announced, placing first—by far—out of the 13 applicants was Douglas MacArthur. “It was a lesson I never forgot,” he said. “Preparedness is the key to success and victory.” He was going to West Point—because he had absolutely outworked the competition!

At West Point too, he outworked the competition, enduring hazing, meeting the rigors of his training, making the baseball team, rising from corporal to first sergeant to first captain, and graduating with one of the highest academic scores in the history of the institution.

Then MacArthur put his training into action: the Corps of Engineers, Office of the Chief of Staff, combat in Veracruz, first lieutenant, captain, major, brigadier general, the trenches of the Western Front, gassing, a Distinguished Service Medal, a Croixe de Guerre, Wound Chevrons, Distinguished Service Crosses, seven Silver Stars. After the Great War was over, it was superintendency of West Point, commands in the Philippines and stateside, Army chief of staff, major general, field marshal, even the presidency of the American Olympic Committee. In several of his posts, he was the youngest man ever to be appointed.

This is all before what he is most famous for: command of United States Army Forces in the Far East during World War ii. After a humiliating defeat in the Philippines, MacArthur made a daring escape to Australia. Before his escape, he famously vowed, “I shall return.” Three years later, he returned triumphantly to liberate the Philippines and lead the Allies to victory. MacArthur presided over Japan’s surrender in 1945 and its reconstruction to a peaceful state.

At the start of the Korean War in 1950, the 70-year-old commander was chosen to lead coalition forces against the Communist-backed incursion on the Korean Peninsula. MacArthur pushed for bold, aggressive action to stop the spread of communism. In Washington, President Harry Truman favored a much more limited war. This led to an epic clash between the commander in chief and America’s most decorated and beloved five-star general. Truman removed MacArthur from his command, but the larger-than-life general returned home to a hero’s welcome.

Douglas MacArthur’s farewell address is one of the great orations in American history. His entire life—52 years of it serving his country in uniform—had been a preparation for this singular moment. As MacArthur spoke before the assembled Congress on April 19, 1951, Americans everywhere were gripped by the power, soundness and sincerity of his words.

MacArthur said he had been accused of being a warmonger, which was not true at all. MacArthur hated war. Nothing, he said, is more revolting than war. “But once war is forced upon us, there is no other alternative than to apply every available means to bring it to a swift end. War’s very object is victory, not prolonged indecision,” he said. Appeasement begets new and bloodier war. “In war,” he said, “there is no substitute for victory.”

We are in a spiritual war, against Satan, society and the sin within ourselves. There is no substitute for victory.

The Bible says the author of evil human nature and the god of this world is Satan, a being of tremendous power (Ephesians 2:2; 2 Corinthians 4:4; 1 Peter 5:8). He is the reason this world is saturated in sin and suffering from all forms of physical and spiritual disease. He is the real enemy.

God hates war. He is no warmonger. But in this present evil world, with Satan as its god, spiritual war is necessary! This is why the Bible describes true Christians as good soldiers of Jesus Christ (2 Timothy 2:3). We are God’s army. Our Commander in Chief orders us to put on the whole armor of God, fight the good fight of faith, war a good warfare, conquer the adversary, forsake the ways of this world, crucify our carnal natures, and destroy the body of sin (see Ephesians 6; 1 Timothy 6:12; 1:18; Romans 6:6). Christianity in today’s world is war. God has drafted all true Christians to be good soldiers.