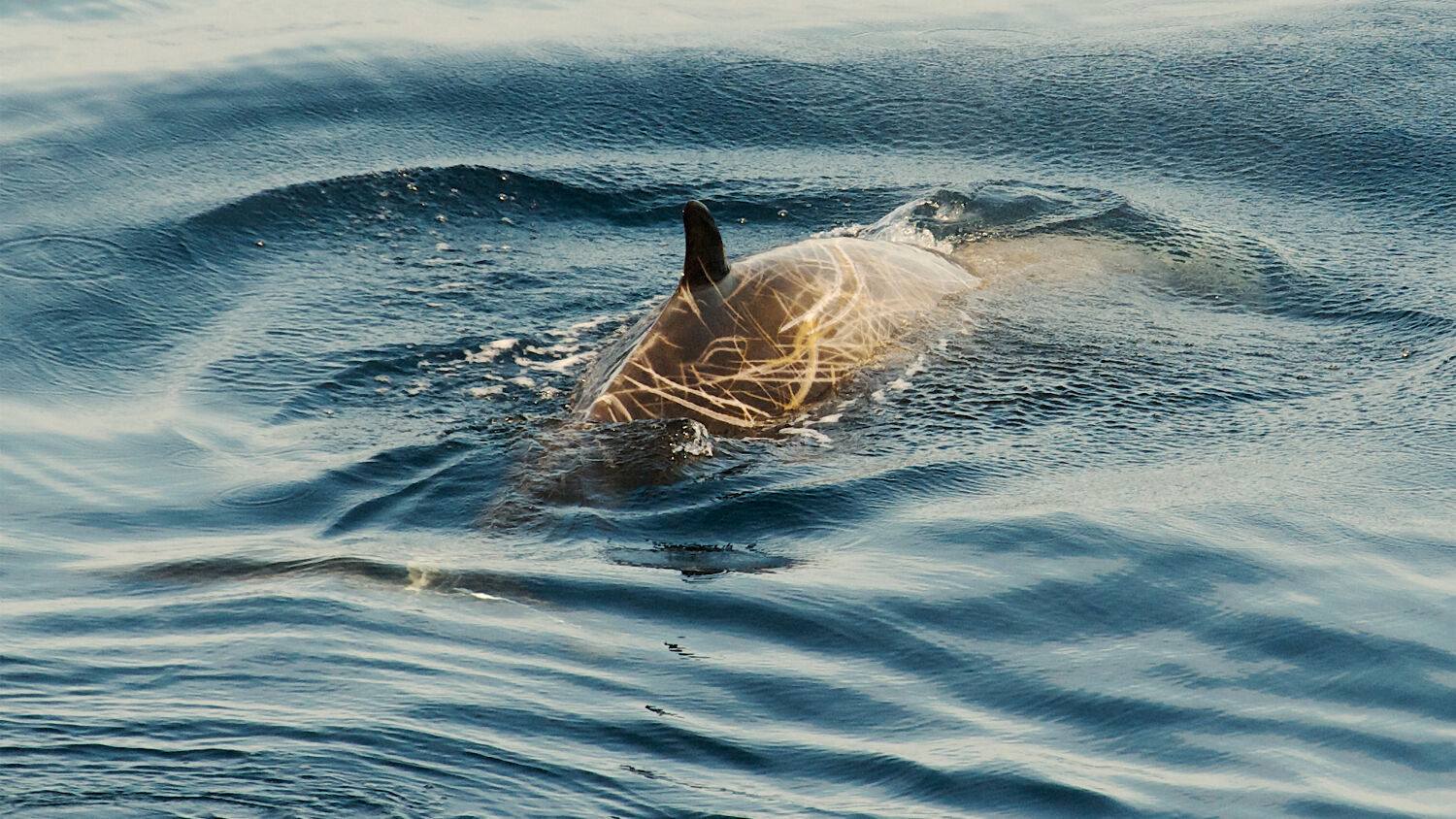 The amount and variety of life on Earth is truly stunning and makes Earth an extra special planet.

Scientists from the Sea Shepherd Conservation Society announced on December 8 that they may have found a new species of whale off the Mexican coast, around Baja, California, last month.

Beaked whales are found throughout the world’s oceans. Their size ranges from 12 to over 40 feet long. They’re among the most mysterious of whales. As deep divers, they spend a lot of time in the deep ocean, meaning that sightings are rare. One species, Cuvier’s beaked whale, can dive down to almost 3,000 meters (over 9,800 feet) and hold its breath for over two hours. Some species are only known from their carcasses washing up on the shore.

Perrin’s beaked whale is one of these “mystery whales” known only from dead bodies. In 2018, scientists noticed a particular sound signal labelled BW43 off Mexico’s San Benito Islands. BW43 currently hasn’t been identified with any animal. Authorities suspected that the sound, previously heard off of the coast of California, might be the vocalizations of Perrin’s beaked whale. The Sea Shepherd Conservation Society decided to investigate.

One day on the water, the team found three whales investigating their ship. They collected several photographs and video footage as well as recordings of the whales’ vocalizations. The visual and audio footage has been analyzed, and it doesn’t match with any known species. The vocalizations don’t match with BW43 either. The evidence suggests that the Sea Shepherd Conservation Society had discovered a species of whale new to science.

“We saw something new. Something that was not expected in this area, something that doesn’t match, either visually or acoustically, anything that is known to exist,” said Dr. Jay Barlow, one of the team leaders. “This is like searching for the last mastodon that’s still somehow in a valley somewhere on this planet, and then finding a unicorn instead.”

“It just sends chills up and down my spine when I think that we might have accomplished what most people would say was truly impossible—finding a large mammal that exists on this Earth that is totally unknown to science,” said Barlow.

The team took samples of the water where the whales were swimming. Hopefully, traces of the whales’ cells can be found. If some are, the scientists can check the whales’ dna. This will allow them to confirm whether or not the whales belong to a new species.

Species new to science are discovered all the time all over the world. Last month, an expedition in the jungles of Bolivia reported the discovery of 20 new species. The group also found several that were thought to have gone extinct. Most of the species are small; snakes, frogs and orchids are among the discoveries.

But the discovery of an animal the size of a whale is certainly noteworthy. And especially one belonging to a family of whales we know so little about.

Truly, as the psalmist wrote, “They that go down to the sea in ships, that do business in great waters; these see the works of the Lord, and his wonders in the deep” (Psalm 107:23-24).

There are amazing wonders down in the deep—wonders we haven’t even discovered yet. Who knows; maybe something as large and mysterious as the biblical leviathan is hiding somewhere.

The amount and variety of life on Earth is truly stunning. Everything from the simplest jellyfish to the blue whale testifies to the splendor and diversity of creatures that populate our planet. When you consider how many planets are out there and how they’re all lacking life, this makes Earth’s biological variety extra special. And it makes Earth an extra special planet.

It says in Genesis 1:21: “And God created great whales, and every living creature that moveth, which the waters brought forth abundantly, after their kind, and every winged fowl after his kind.”

Psalm 104:24-25 reads this way: “O Lord, how manifold are Your works! In wisdom You have made them all. The earth is full of Your possessions—This great and wide sea, In which are innumerable teeming things, living things both small and great” (New King James Version).

And not only this, but God challenges man through His creation. God uses the natural world to demonstrate His awesome creative power, infinitely greater than man’s. To the Patriarch Job, God posed this challenge: “Where wast thou when I laid the foundations of the earth? declare, if thou hast understanding. Who hath laid the measures thereof, if thou knowest? or who hath stretched the line upon it?” (Job 38:4-5).

To demonstrate His power, God asked Job where he was during the creation of the world. Notice how God elaborates: “Gavest thou the goodly wings unto the peacocks? or wings and feathers unto the ostrich? … hast thou given the horse strength? … Doth the hawk fly by thy wisdom?” (Job 39:13, 19, 26). These are rhetorical questions, of course. He painted the peacocks with beautiful colors. He gave the horses their strength. He gave the hawk its wings.

But this isn’t just a challenge to Job. God gives this challenge to all of us to get to know Him through His creation. Contrary to what atheists may claim, the natural world is actually proof of God’s handiwork. The beauty and intricacy of Earth and its natural systems demonstrates the intelligent creativity of a master Designer. You can prove God through His creation.

A good place to start is our free booklet Does God Exist?, by Herbert W. Armstrong.