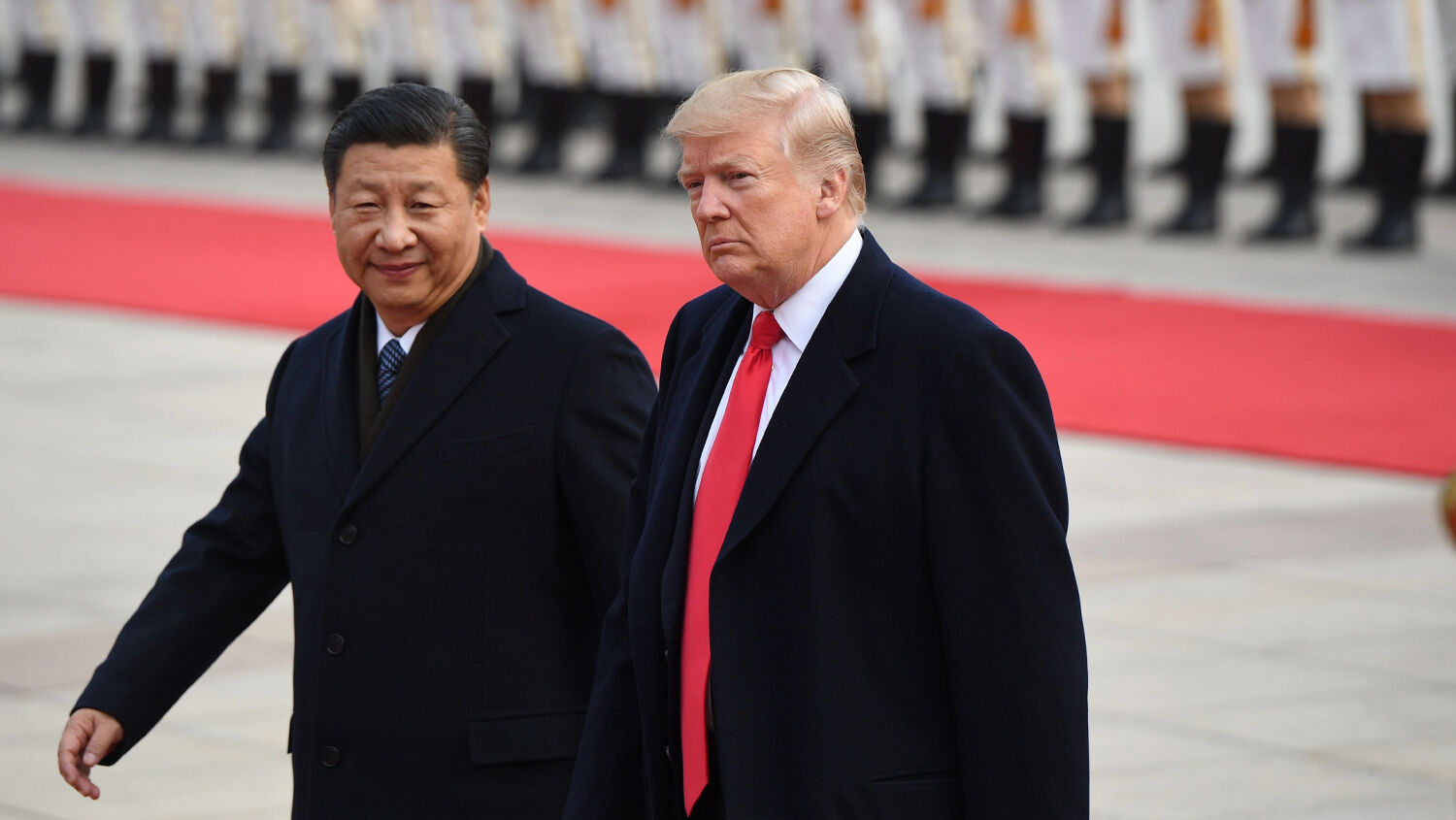 China’s President Xi Jinping and U.S. President Donald Trump attend a welcome ceremony at the Great Hall of the People in Beijing on November 9, 2017.
JIM WATSON/AFP via Getty Images

Senior Trump administration officials are starting to realize that China poses one of the most significant threats to the United States.

The administration of United States President Donald Trump has issued new rules restricting the travel of Chinese Communist Party (ccp) members to the United States. On December 2, the State Department reduced the maximum stay for Communist Party members from up to 10 years to a one-month, single-entry permit.

The restrictions affect the Chinese Communist Party’s 92 million members and their immediate families. They do not affect Chinese citizens who are not part of the party. A State Department spokesman told the New York Times that this is part of “ongoing policy, regulatory and law-enforcement action across the U.S. government to protect our nation from the ccp’s malign influence.” The State Department has already designated the Confucius Institute as a mission of the Chinese government and revoked the visas of more than 1,000 Chinese graduate students with ties to the Chinese military.

Professor Di Dongsheng, an associate dean at the School of International Studies at Renmin University, suggested in a November 28 speech that the ccp helped Joe Biden’s son obtain lucrative business deals. He also confirmed that China had been influencing U.S. policy for decades via a network of sympathizers in the highest levels of the U.S. government.

“Trump waged a trade war with us,” Di said. “Why couldn’t we handle him? Why is it that between 1992 and 2016 we always resolved issues with U.S.? Did you guys know? All the crisis, the Yinhe incident, bombing of the embassy or the mid-air collision, everything was taken care of swiftly, in no more than two months. Why? Now, I’m going to drop a bomb—because we had people up there inside America’s core circle of power; we had our old friends.”

A video of Di’s remarks was posted on his Weibo social media account but has since been removed.

At the Richard Nixon Presidential Library on July 23, Secretary of State Mike Pompeo warned: “China ripped off our prized intellectual property and trade secrets, costing millions of jobs all across America. It sucked supply chains away from America and then added a widget made of slave labor. It made the world’s key waterways less safe for international commerce. … America can no longer ignore the fundamental political and ideological differences between our countries … securing our freedoms from the Chinese Communist Party is the mission of our time, and America is perfectly positioned to lead it because our founding principles give us that opportunity.”

Yet in many ways, Pompeo’s courageous stand against China comes too little, too late.

In his 1984 book, New Lies for Old, kgb defector Anatoliy Golitsyn warned the West not to trust Communist China. He said China’s reforms were a ruse to undermine the U.S. and ultimately establish a world federation of Communist states. Golitsyn noted that after “the Second World War, the threat of monolithic, Stalinist communism drove the West into military and political alliances, such as nato, [the Southeast Asia Treaty Organization] and the Baghdad Pact.” Therefore, the Communist bloc decided to coordinate its policies in secret while undermining the unity of the free world by pretending to be weak and disunited. This strategy included faking a split between Communist China and Communist Russia and adopting enough free-market reforms to bait the U.S. and Europe into trading with both. The goal was to lure Europe into an anti-American alliance and cut nato in half.

In his 1995 book, The Perestroika Deception, Golitsyn further elaborated on how China’s close relationship with the U.S. was part of a strategy to become “a modern superpower with the help of American technology.” Whether or not Golitsyn was correct that this was a deliberate Chinese strategy, many of his predictions have come to pass.

When Mao Zedong and the Communists took over China in 1949, the major English-speaking nations (Australia, Britain, Canada, Ireland, New Zealand and the U.S.) generated 37 percent of the world’s gross domestic product. The nations of Western Europe generated 19 percent of world gdp. The China-Russia Communist axis generated only 15 percent. But after decades of perestroika deception, the English-speaking nations now generate less than 25 percent of world gdp and Western Europe less than 14 percent. China’s share has more than tripled. China has in fact “become a modern superpower with the help of American technology.” If it can pull the “pseudo-social democratic regimes” of Europe into an alliance, it will gain enough economic power to isolate the U.S. and its remaining allies.

Golitsyn was not the only one warning that this would happen. Years before Golitsyn defected from the kgb, the late Herbert W. Armstrong warned that communism would be used to take from America its historically unprecedented national blessings.

“We are not fighting a single nation in a military war, but a gigantic, worldwide, plain-clothes army, masquerading as a political party, seeking to conquer the world with an entirely new kind of warfare!” Mr. Armstrong wrote in 1956. “It’s a kind of warfare we don’t understand or know how to cope with. It uses every diabolical means to weaken us from within, sapping our strength, perverting our morals, sabotaging our educational system, wrecking our social structure, destroying our spiritual and religious life, weakening our industrial and economic power, demoralizing our armed forces, and finally, after such infiltration, overthrowing our government by force and violence! All this cleverly disguised as a harmless political party!”

Mr. Armstrong’s warning focused on Communist Russia’s demoralization efforts to pervert our morals, wreck our social structure, and destroy our spiritual values. But in terms of industrial and economic power, the main force has been Communist China. Secretary of State Pompeo warned this year that China had “sucked supply chains away from America,” but Mr. Armstrong warned about communism “sapping our strength” even before the U.S. established diplomatic relations with Communist China 40 years ago.

The Americans and the British are descendants of ancient Israel. This means that end-time Bible prophecies about Israel primarily apply to the U.S. and Britain today.

Over its history, God has warned Israel through prophets. Isaiah warned the nation against forsaking God’s law and adopting Eastern philosophies. “O house of Jacob, come ye, and let us walk in the light of the Lord. Therefore thou hast forsaken thy people the house of Jacob, because they be replenished from the east, and are soothsayers like the Philistines, and they please themselves in the children of strangers” (Isaiah 2:5-6).

The modern descendants of Israel have committed the same mistake. Instead of trusting God to bless them, our people have recognized and traded with Communist dictatorships and even invited Communist professors from Russia, China and other nations to teach generations of young Americans and Britons. The result has been the moral corruption of our youth, the theft of our economic strength, and the fatal weakening of our nations.

To learn more about what the Bible says about anti-God ideologies like communism, please our article in He Was Right, “The Communist Infiltration of America Was Prophesied.”