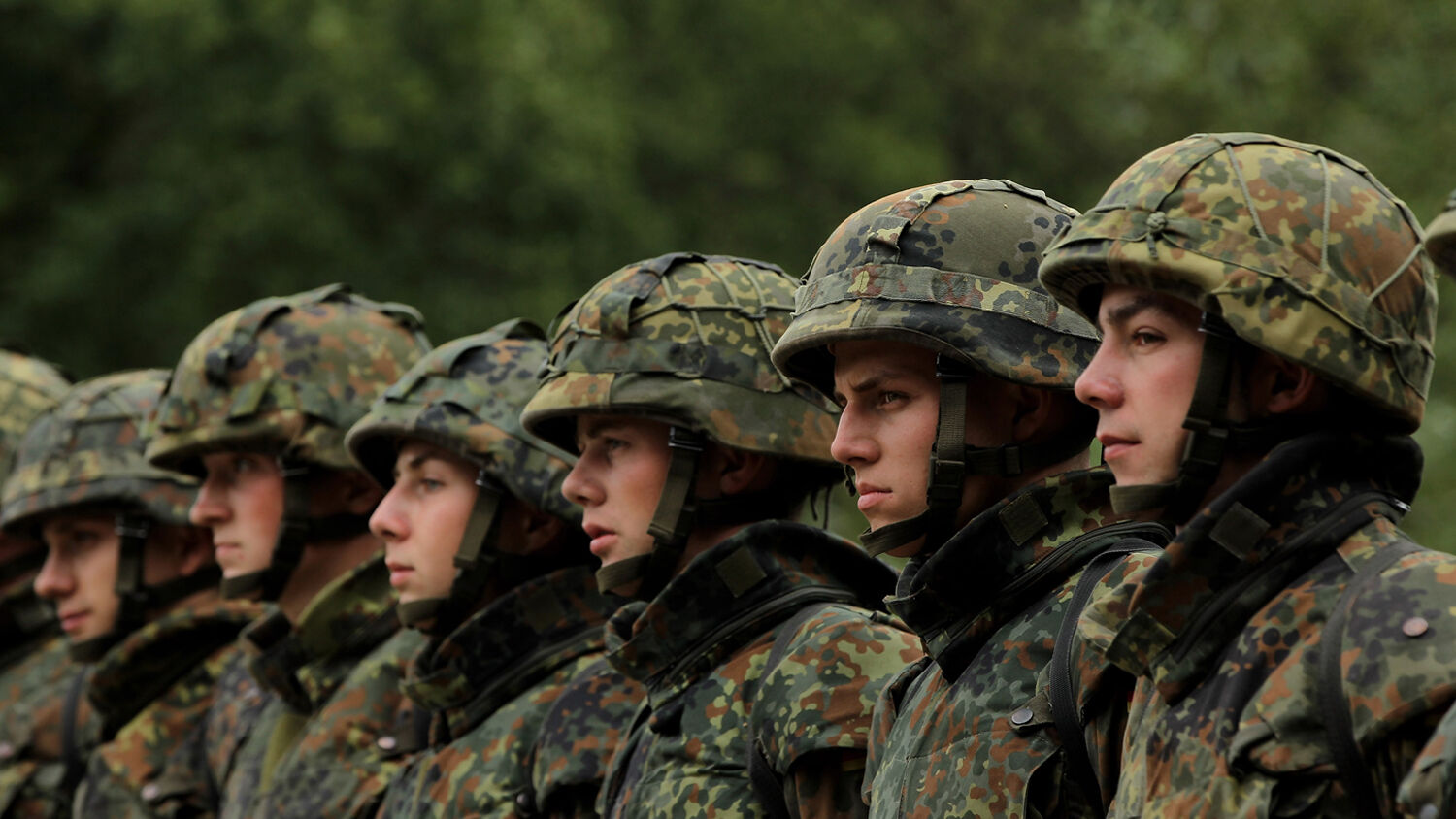 The last internal opposition to German militarism is fading fast.

“Yes, in some areas you have to invest more so that rifles can shoot and night-vision devices work,” Baerbock said on November 30 (Trumpet translation throughout). She also called for a stronger joint European commitment in its defense policy and more cooperation with French President Emmanuel Macron, who demands an independent European army.

The German media has identified her statement as a clear change of direction for the party.

The roots of the Green Party reach back to the 1970s. At that time, protests against nuclear energy and social injustices were common. As such a group of environmentalists, Communists, human rights activists and pacifists came together and formed the Greens. The party originally opposed the very existence of the German military and free-market capitalism led by the United States.

But now, 40 years after its founding, the Green Party is choosing which goals are most important. Its website still claims: “We stand for peace, disarmament and cooperative security ….” But that attitude is changing, especially toward the military. Merkur.de noted that this shift is taking place, in part, due to its increased chances to actually join the federal government in 2021.

This change is well underway. In 2019, two of the most prominent Green Party members of the Bundestag, Tobias Lindner and Cem Özdemir, called for reforms in the German military and professed their commitment to the German parliamentary army in a Frankfurter Allgemeine Zeitung guest contribution titled “Why Green Foreign Policy Needs the Bundeswehr.”

Meanwhile, the Greens have won great popularity in the last two years. According to political polls, it is one of the leading parties in Germany, behind only the Christian Democratic Union (cdu) and Christian Social Union (csu). Leading members of the cdu and csu have expressed interest in forming a coalition with the Greens.

“Europe has been revolving around itself for years,” Baerbock said in the November 30 interview. “The Trump administration has turned its back on the world. Authoritarian states are filling the gap that has emerged. … While Europe is busy with itself, China is creating new geostrategic dependencies …. The most sensitive areas of our security should not be left to an autocratic regime.”

Baerbock said that if the Green Party joined a governing coalition, it would push for German leaders to coordinate robust European military operations with President Macron. “It won’t be easy,” she said. “But we mustn’t duck back.”

This is increasingly bold talk from a once staunch pacifist party. Germany’s days as a pacifist country are numbered.

In the same interview, Baerbock said that Europe must prevent China, Russia and Turkey from replacing the West by taking its “peace role” more seriously. “We first have to talk about a strategic realignment, then about the expenditure,” she said. For this reason, she rejected the current government’s policy of increasing military spending to 2 percent of gross domestic product, as required by the North Atlantic Treaty Organization.

The shift reveals something important about Europe’s “pacificism.” These groups are not really opposed to militarism. They’re opposed to American militarism. Anti-American sentiments were high in the 1970s when the Green Party was originally founded. The Greens opposed America’s involvement in foreign wars, such as the Vietnam War. America’s interventions were designed to stop the spread of communism. But America has not won this war and sentiments opposing the U.S. are growing again. Four years of the Trump administration have exposed a lot about Europe’s hatred for the Western system. But we have not seen the last of this yet.

Baerbock warned that Europeans should “not wait and see what comes out of Washington, but rather, go forward with a proposal for joint security.” Now even the Green Party is calling on Germany and Europe to become more militaristic—and in doing so, count America out.

As the Green Party grows in popularity and gears up for a coalition with Germany’s mainstream parties, we are seeing a widening rift between the U.S. and Europe. This rift is prophesied in your Bible.

This is a prophecy about Germany double-crossing America. In Ezekiel—The End-Time Prophet, Mr. Flurry writes:

Germany is America’s ally only because it still depends on the U.S. as a trade partner and for its security. But the Bible reveals that this relationship is most deceitful. The Greens’ shift from calling for disarmament to an independent European army in cooperation with French President Macron is one of many signs of this coming betrayal.