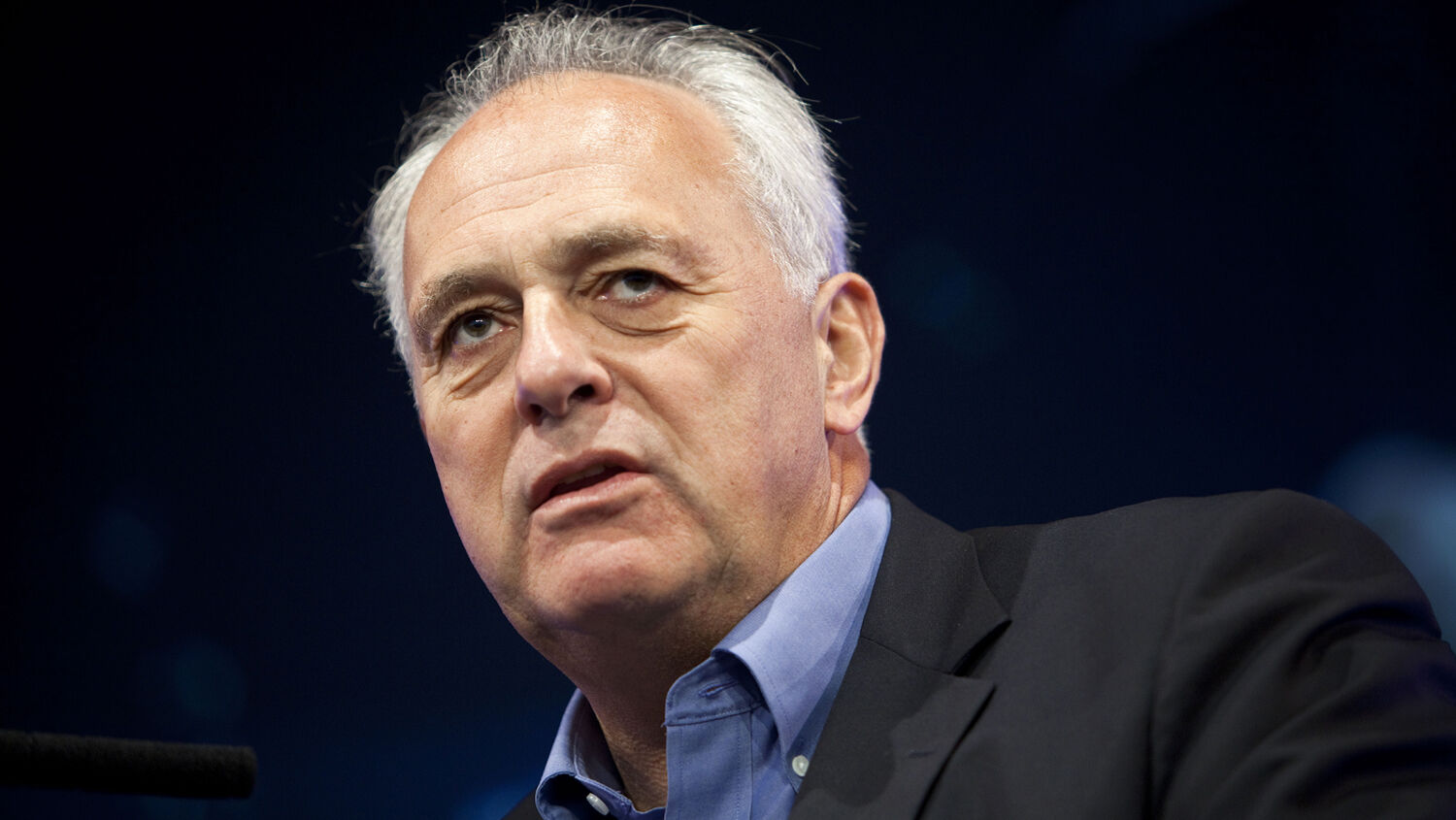 The United States election has shone a bright light on America’s voting system. One company that supplies voting machines is Smartmatic.

Smartmatic’s machines have been used in some of America’s most populous voting centers, including Los Angeles and Chicago. The company is a member of the Election Infrastructure Subsector Coordinating Council, a commission that coordinates with the Department of Homeland Security to ensure election security.

The company is owned by a holding company in the United Kingdom, sgo. For the last six years, chairman of the sgo board has been former Labour politician Lord Mark Malloch-Brown.

Who is the man so influential in a company intrinsic to America’s voting systems? And what are his connections?

Lord Malloch-Brown isn’t the only connection with the left. Peter Neffenger is the chairman of the Smartmatic U.S.A. board of directors—and he advises the Biden campaign.

From 1986 to 1994, Lord Malloch-Brown was the lead international partner for the public relations firm Sawyer-Miller Group. Here he helped Cory Aquino beat Ferdinand Marcos in a key presidential race.

Describing Malloch-Brown’s contribution to the race, the Philippine Daily Inquirer wrote: “He said his final outstanding accomplishment during the Cory campaign was to produce an exit poll that indicated that she had won. It landed on the front page of the Inquirer and had a profound impact as it planted the idea that Aquino had won over Marcos, 55 percent to 45 percent” (June 29, 2015).

“Marcos did not really recover after that,” Malloch-Brown said. “It was a very exciting experience to watch.”

During that same time period, Malloch-Brown began working closely with billionaire George Soros—notorious in the UK for making millions by betting against the pound in the 1992 currency crisis. From 1993 to 1994, Lord Malloch-Brown was part of the Soros Advisery Committee on Bosnia.

From 1994 to 1999, Lord Malloch-Brown was the vice president for External Affairs at the World Bank. In 1999, he took a senior role in the United Nations, working as an administrator of the United Nations Development Program, and served as the deputy secretary general in 2006.

Claudia Rosett noted in the Spectator that while working at the UN, Malloch-Brown “had caused controversy with his decision to live on the smart country estate of George Soros, the financier who forced Britain out of the erm in 1992 and a major donor to left-wing causes” (Nov. 10, 2007). He was very sensitive about the arrangement—storming out of an interview when questioned on it.

During his time at the UN, he did not get on with then U.S. President George W. Bush. The Spectator noted that his “appalling relations with the Bush administration” meant that “the president personally pleaded with the incoming UN secretary general to get rid of him.”

“Malloch-Brown is viewed in Washington as ‘viscerally anti-American,’” Rosett wrote. “An adviser to a 2008 presidential candidate warns that ‘the extremely negative reaction that he causes will last long after President Bush’s departure from office.’”

In 2007, he returned to the UK to serve in the Labour government. Here he got on much better with Mr. Bush’s successor, Barack Obama.

“Hitherto, the principal conduit between Britain and [Obama] has been Lord Malloch-Brown, the junior foreign minister, whom Obama came to admire when he was deputy secretary-general of the United Nations,” wrote the Times of London on Feb. 24, 2008. “‘He was really taken with him,’ says [Samantha] Power, in what will undoubtedly be viewed by American conservatives as a desperately bad sign. ‘It’s a relationship that has persisted and they have talked a number of times since.’”

His time in government ended in 2009, but his relations with George Soros continued. “The connection with Soros became ever closer once Malloch-Brown left the UN,” wrote the Spectator. Malloch-Brown was appointed to senior positions at both Soros Fund Management and the Open Society Institute, which promotes democracy and the rule of law and which Soros founded and of which he remains the chairman. The Wall Street Journal cheekily dubbed Malloch-Brown part of an ‘axis of Soros.’”

In 2011, he produced a book titled The Unfinished Global Revolution, which sings Soros’s praises.

“Soros, indeed, is accorded more praise than any other person in the book, even more than the author gives to [UN Secretary General Kofi] Annan, whom he clearly adored,” wrote the Times. Malloch-Brown writes, for example, “Soros … deserves equal billing with Gorbachev, Reagan, Thatcher and Kohl in the fall of the Berlin Wall.”

The book also shows how his connections with Soros are another link with President Obama. “The genius of Soros, though, is that he is frequently right, and he can often exact the most dramatic results with the smallest of best,” he writes. “In his political funding he probably started an earthquake, he says, with the $2,300 (the maximum individual contribution) that he gave to the Obama campaign early on, when it was a long shot. Soros’s contribution signaled that Obama could attract serious money, so it served as a tipping point.”

The Times summarized the book, writing: “The ‘message’ is neither new nor exceptional, amounting to little more than the plea that the nations of the world should all work together, casting off the petty nationalistic concerns of their local electorates (as Malloch-Brown sees them), to make the planet safe and ‘sustainable.’ It is the internationalist’s equivalent of motherhood and apple pie.” They also wrote, “The Unfinished Global Revolution is the story of how every global crisis has been wasted, every opportunity to fashion global institutions passed up.”

Smartmatic came under investigation in the U.S. due to its links with Hugo Chavez and Venezuela almost 15 years ago.

None of this proves Lord Malloch-Brown is guilty of anything. But it should raise some important questions. Malloch-Brown is a left-wing politician with ties to a major left-wing international donor and to former President Obama. He has also involved himself in other countries’ elections before. Why should a company he chairs play a key role in the U.S. election? No football league would allow an investor or fan of a rival club to referee the game. Why should America’s elections have a ref that is so clearly partisan?

“By most appearances, Joe Biden will be America’s next president,” wrote Trumpet editor in chief Gerald Flurry. “But I absolutely do not believe that at all. Mr. Trump will weather this storm too. Regardless of what the media says or how things look right now, I am confident Donald Trump will remain president.”

That forecast is based on Bible prophecy. The Bible explains that God would provide a man to temporarily save America from the attempt within to bring America down. The radical left in America hates the Constitution and the nation’s founding principles. They believe the nation has fundamentally been a force for evil in the world. President Trump has played a key role in pushing back against that movement—and the Bible shows that his role is not over. (Read Mr. Flurry’s article “Why Donald Trump Will Remain America’s President” for more information.)

For the last four years, the radical left has been working to bring President Trump down—and that did not stop with this election. ” I believe you are going to see frauds exposed like you’ve never even imagined!” Mr. Flurry wrote. “The mainstream media insist there is ‘no evidence’ the Democrats tried to steal this election. This is patently false: There is plenty of evidence. But it is also absurd when you think about what the left has been doing for the past several years! You would have to be naive not to think they are committing great frauds with this election.”

As the post-election lawsuits continue, watch for these frauds to be exposed. To understand what the Bible says about this, read our article “Why Donald Trump Will Remain America’s President.”