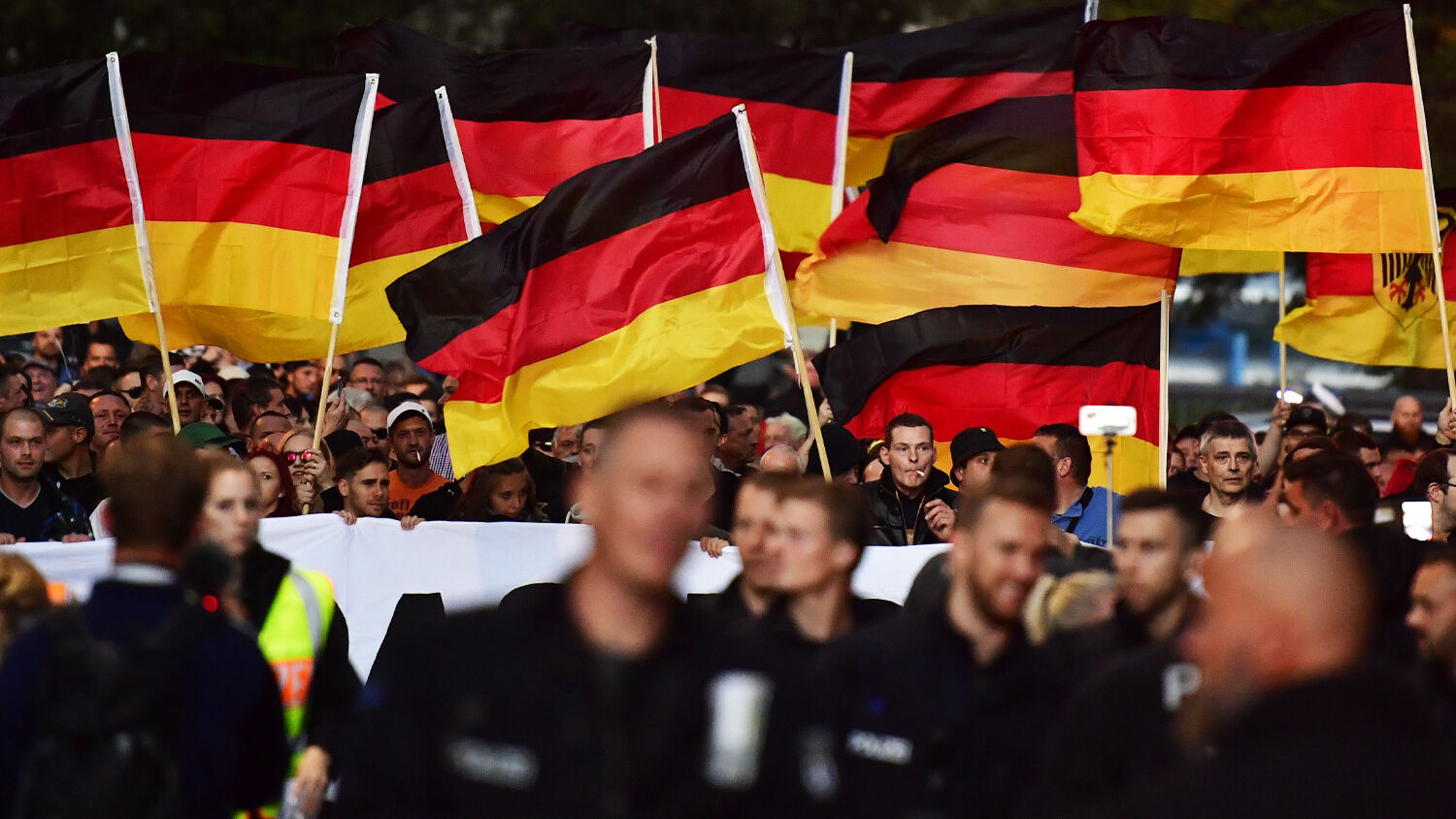 People in East Germany view a dictatorship favorably, according to a study published by the University of Leipzig on November 18. The proportion of people with a clearly established right-wing extremist worldview in East Germany has increased from 8.5 percent in 2018 to 9.5 percent.

Although traditional anti-Semitism and the devaluation of Muslims have decreased slightly, “we mustn’t fool ourselves,” reported Elmar Brähler. “We continue to register an alarmingly high level of approval for some issues.” For example, more than a quarter of Germans agreed that “Muslims should be prohibited from immigrating to Germany.” Almost half feel “like a stranger in their own country because of the many Muslims.”

According to the study, 43.9 percent of those in East Germany agree that “foreigners only come here to take advantage of our welfare state.”

In the east, general satisfaction with democracy fell from 95.2 percent to 92.5 percent within two years.

“According to the large-scale regular investigations carried out by the Competence Center for Right-Wing Extremism and Democracy Research at Leipzig University, comparable patterns can also be found in numerous other dimensions that depict anti-democratic and right-wing extremist attitudes,” a corresponding press release about the study noted. “The proportion of people in the east who support a right-wing authoritarian dictatorship increased from 7.0 to 8.8 percent.”

And even now, many in East Germany yearn for a different type of government. “It is becoming apparent that we have shifted the focus of our authoritarianism studies over the years, away from right-wing extremism and toward an investigation of anti-modern milieus that are not necessarily right-wing extremists, but always anti-democratic,” Decker explained. “In addition, elements of the right-wing extremist worldview are shared. And there we see that such shared motifs also act like a bridge between different cultural and social milieus. These include anti-feminism, Israel-related anti-Semitism, and belief in conspiracy myths. It is these bridges that pose a threat to democracy.”

The study also found that a large number of Germans don’t trust their government’s representation of the coronavirus pandemic. “Our survey showed that belief in conspiracy myths has increased among the population since 2018. We would also say that it can act as a kind of gateway drug for an anti-modern worldview,” Professor Decker explained.

Few today believe that a democratic nation like Germany would accept another dictatorship. But dissatisfaction with the current government is rising rapidly. During the coronavirus pandemic, unprecedented protests formed in Berlin to oppose the government’s lockdown measures. Others are greatly worried about the influx of refugees and other pressing issues. Distrust in the media is growing, and people are turning to alternative facts, often labeled “conspiracy theories.”

Die Welt noted in reference to the study: “The willingness among Germans to believe in the dark machinations of secret masterminds is growing. East Germans are particularly receptive to this. Conspiracy theories are often used to fuel hatred of Jews.”

In the recent protests, people of all ages and backgrounds mixed with far-right groups to protest the government’s measures. While no single group opposing the government has a majority, dissatisfaction is growing rapidly in various sectors of society.

The Bible contains many prophecies regarding our current time that specifically address Germany, as Trumpet editor in chief Gerald Flurry explains in his free booklet Daniel—Unsealed at Last!

A prophecy in Daniel 8:23 reads: “And in the latter time of their kingdom, when the transgressors are come to the full, a king of fierce countenance, and understanding dark sentences, shall stand up.” Elsewhere, Daniel warns that this “king” will obtain control of his nation through “flatteries” (Daniel 11:21). Mr. Flurry explains this prophecy in his free booklet A Strong German Leader Is Imminent, stating:

The German people today yearn for different leadership. They yearn for economic success and freedom from fears. They are increasingly willing to accept a strongman leader to solve Germany’s domestic and global challenges.

Request your free copy of A Strong German Leader Is Imminent to understand Bible prophecy in its true context. This booklet, like no other, will show you what Germany’s and Europe’s future leadership will bring.