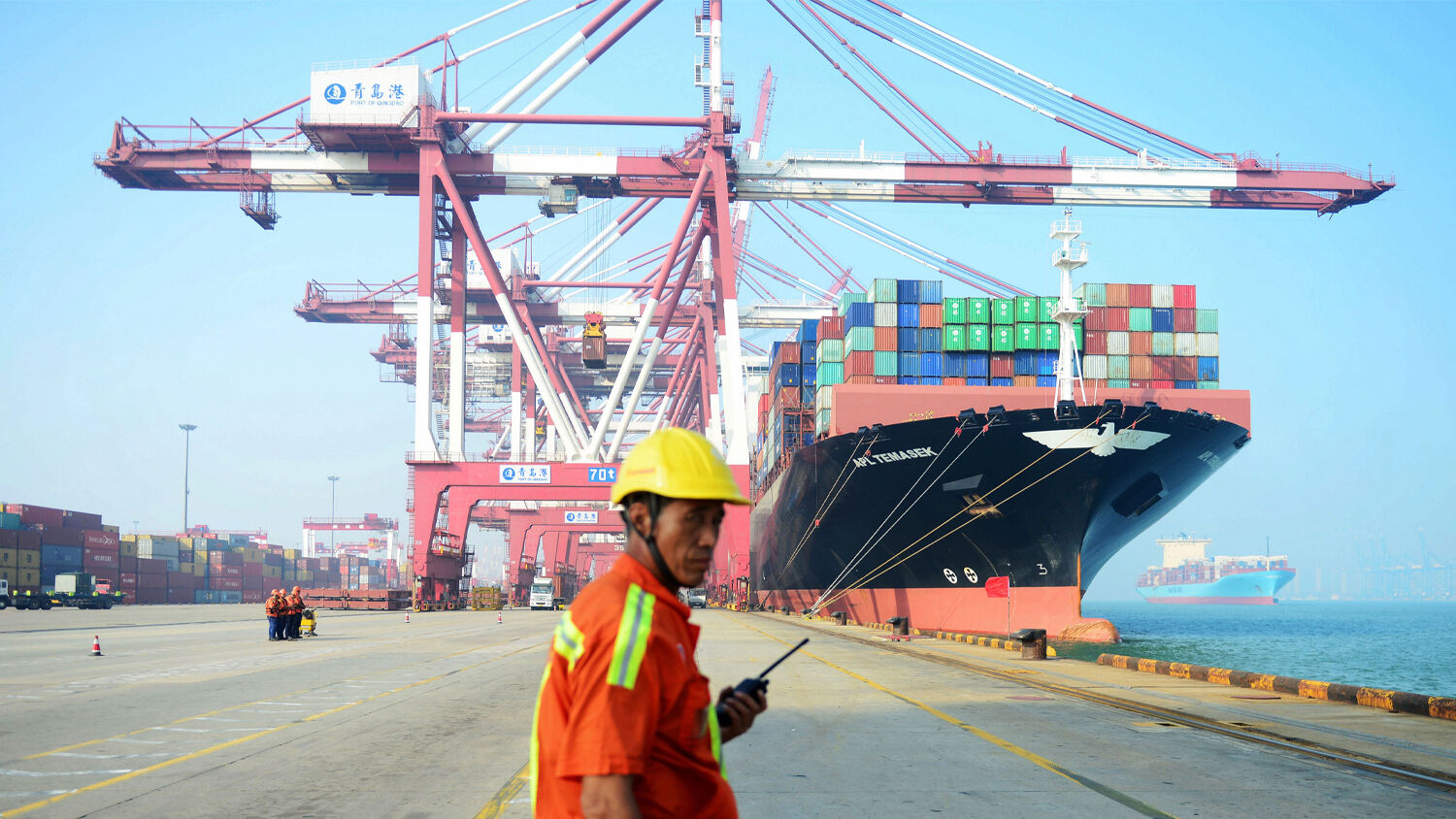 A Chinese worker looks on as a cargo ship is loaded at a port in Qingdao, eastern China’s Shandong province on July 13, 2017.
STR/AFP/Getty Images

A new world order is being formed in the Asia-Pacific, and it excludes the U.S.

The deal is an indicator of China’s growing influence in the region.

“Under the current global circumstances, the fact the rcep has been signed after eight years of negotiations brings a ray of light and hope amid the clouds,” said Chinese Premier Li Keqiang.

Members of the pact include the 10 asean members—Indonesia, Thailand, Singapore, Malaysia, Philippines, Vietnam, Brunei, Cambodia, Myanmar and Laos—other Asia-Pacific countries such as Australia, New Zealand, Japan and South Korea. The rcep will thus account for 29 percent of the world’s gross domestic product, while also making up nearly a third of the world’s population.

According to Geopolitical Futures, the rcep is the product of China’s “increased efforts to leverage the economic dependence of many of its neighbors for strategic gain.” Asian economies are generally dependent on other, larger economies. United States President Donald Trump’s America-first credo has seen a gradual decline of America’s presence in the Pacific. Therefore, turning to China became the most natural course of action for most Asian countries.

China, for its part, was all too eager to back the rcep. It offers Asia-Pacific nations tariff-free trade, while strengthening China’s influence and position in the region.

In many ways, the rcep is a foil for the U.S.-backed Trans-Pacific Partnership (tpp), formed in 2017. The 12-nation trade agreement is aimed at strengthening economic ties between the United States and nations across Asia-Pacific, excluding China.

Designed to enforce labor and environmental standards, the tpp was intended to create a single market similar to the EU. However, President Trump, with bipartisan support, pulled out of the deal in 2017. Even Vermont Sen. Bernie Sanders called it a “disaster” that cost Americans millions of jobs.

The lack of American backing for the tpp meant that it lost its main economic powerhouse. This allowed China, which had been working on the rcep since 2012, to swoop in.

Other trade pacts like the tpp have enforced labor and environmental standards, copyrights, patents and other legal protections, but the rcep has much looser regulations. It doesn’t require China or other nations to reduce or weaken state-owned businesses, nor does it address labor and environmental standards. The pact is widely seen as a threat to American hegemony in the Pacific.

While rcep will be a beneficial trade deal, it will not bring stratospheric economic benefits to Asian nations. Nick Marro of the Economist Intelligence Unit says, “The economic benefits of the deal might only be marginal for Southeast Asia,” with China, Japan and South Korea as the main beneficiaries of the trade deal.

According to estimates by the Peterson Institute for International Economics, the rcep is expected to add 0.2 percent to member states’ economies by 2030. Member states are aware that this deal benefits China and a few others more than them, but with their economies battered by covid-19, leaders hope tariff-free trade will spur a recovery.

The most remarkable aspect of the rcep is its sheer size. And this deal specifically creates a certain hierarchy in Asia: The leading nations—China, South Korea and Japan—benefit the most from the rcep, while the other members accept a “subject” role.

Ezekiel 38 speaks of a powerful Asian bloc of nations led by Russia, with China in a secondary position. The book of Revelation calls it “the kings of the east”—an end-time coalition with an army that numbers 200 million soldiers. This power bloc will usher in a period of violence and devastation unlike any before, “slay[ing] the third part of men” (Revelation 9:15).

And the road to this military alliance is paved with economic cooperation.

All this has been made possible by America’s diminishing influence in Asia. While the dysfunctional U.S. election system distracts the country, China’s ambitions for regional hegemony are being realized.

China is determined to control Southeast Asia. Even India, with which China has a tenuous relationship, has an open invitation to join. Adding 1.3 billion people to the bloc would mean it encompasses nearly half the world’s population. And the Bible prophesies that this too will happen.

The Trumpet has been watching world events for fulfillment of these prophecies for years. We have written on China becoming a superpower and leading a trade bloc in Southeast Asia, and it is happening before your eyes. It is all a matter of believing what the Bible says. All its other prophecies are sure to come to pass. You don’t need to be caught unawares. Please, read our free booklet Russia and China in Prophecy, to receive a full understanding of all the prophecies relating to the rise of China, its coming alliance with Europe, and how it will affect the United States in the very near future.