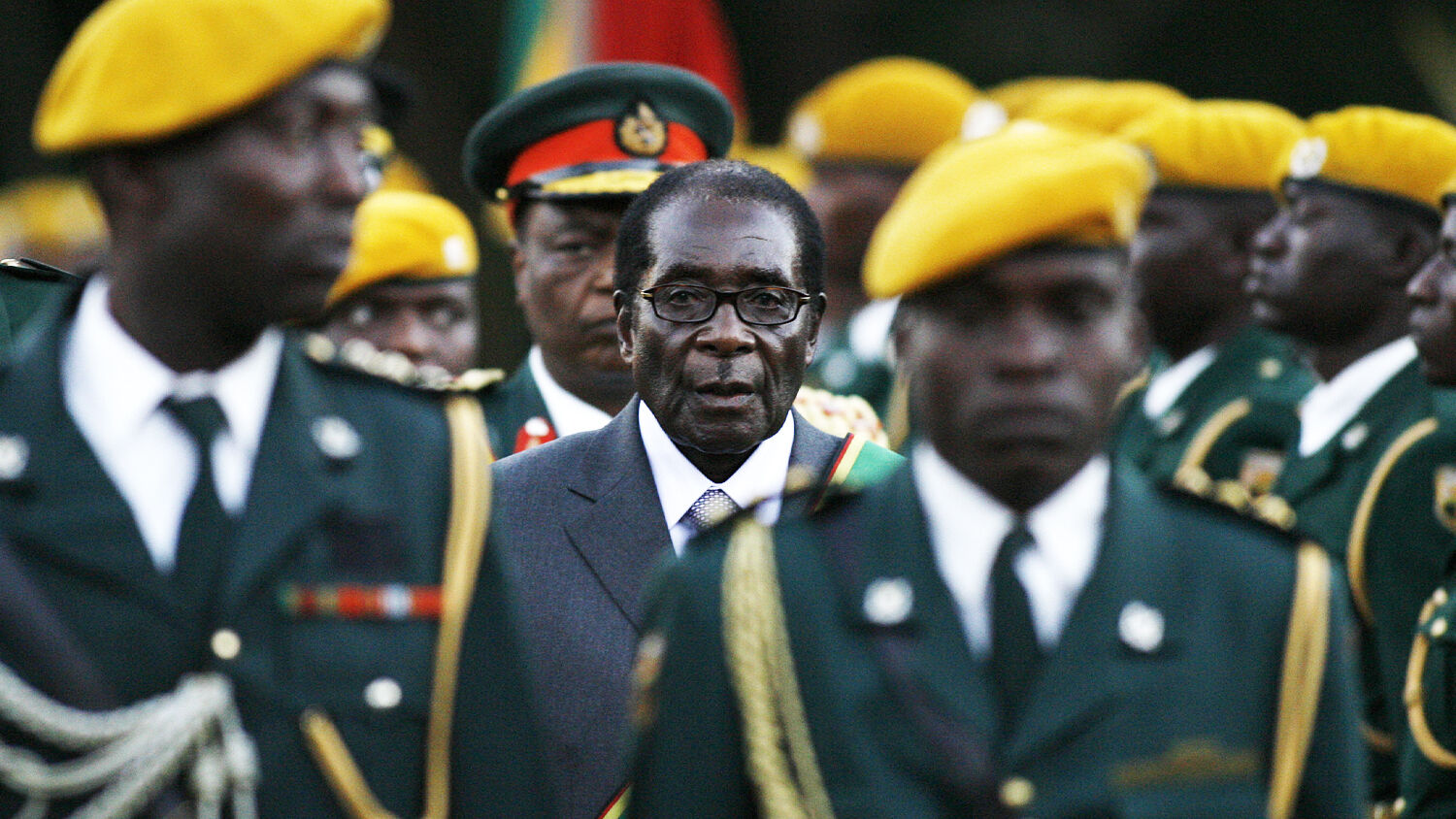 Zimbabwean President Robert Mugabe is hastily sworn in for a sixth term in office in Harare, on June 29, 2008 after being declared the winner of a one-man election.
ALEXANDER JOE/AFP/Getty Images

There is only one reason it ultimately won’t.

Growing up in Zimbabwe, I always knew how the elections would play out. We all did. It was the same pattern every year. That’s why a New York Times article comparing United States President Donald Trump to former Zimbabwean President Robert Mugabe caught my eye.

To be sure, there are similarities between the recent U.S. election and those I lived through in Zimbabwe. But not the way the New York Times brought out.

Elections in Zimbabwe were far different from previous U.S. elections. We all knew, in Zimbabwe, it would take “days” for the votes to be counted. And we all knew why. Rigging elections took time. The votes had to be counted, then they had to figure out how many votes to add to Mugabe’s total: enough to have him win, but not enough to look ridiculous.

Eventually, authorities became so practiced that the pretense was dropped. In the last election, for example, it took a matter of hours for the incumbent to be declared the winner. But it still took place in the same way. There’s a running joke in Zimbabwe about mysterious ballots somewhere in the country always being uncovered and handing the president the win.

A similar scene is playing out in America this year. The New York Times is comparing President Trump to Robert Mugabe. But Mugabe was always the one declaring elections as free and fair, supported universally by the media; his victory was painted as inevitable, despite having come about by questionable and obscure means.

In America, the mainstream media is relentlessly pressuring Donald Trump to concede the election. In fact, his refusal to concede is being declared a threat to democracy itself. In Zimbabwe, there was pressure also on the opposition leader to concede. He had to, or he and his supporters would be thrown into jail and beaten. Even recently, some who protested and disputed the media’s proclaimed results have been killed.

Of course, in America, President Trump isn’t being beaten or thrown in jail. But after the pro-Trump march in Washington, D.C., we saw his supporters getting beaten in the streets, by what the media brands “counter-protesters” who were said to be protecting democracy. That’s the exact same justification Mugabe used when deploying the military and turning it on civilians.

In Zimbabwe, the media would also tell us what to expect in the upcoming vote. In the months leading up to these elections, the American public had similarly been primed for the Biden victory. The media inundated the airwaves with news of a red mirage, a seeming Republican victory, but, ultimately, a Biden victory.

And in the aftermath of the election results, we were forced to accept the results. We were left with an overwhelming sense of hopelessness.

Zimbabweans are used to conceding. What choice is there in the face of overwhelming opposition with every single political tool at its disposal? As such, every opposition leader in Zimbabwe has ended up conceding. Robert Mugabe or his party has always ended up in leadership.

But there are key differences. First, Zimbabwe never had a Donald Trump. It never had someone willing to stand up to the anti-democratic forces that were desperate to gain and hold onto power. A few years before Robert Mugabe died, he was deposed by someone who ended up being far worse. Zimbabwe has never had someone who relentlessly sought justice and truth and upheld law.

But more importantly, Zimbabwe never had the infallible truth of Bible prophecy.

“Donald Trump is going to win this election,” Trumpet editor in chief Gerald Flurry has boldly proclaimed. The reason the president will win is because he has biblical prophecy on his side. While anti-democratic forces overran Zimbabwe and took over the entire country, President Trump has been prophesied to save America from such radical forces.

All through his presidency, Donald Trump has taken a stand against “anti-American forces” that are attacking the Constitution and undermining the rule of law. His presidency has seen an upturn in the economy, shrinking of the unemployment rate, and a confrontation with the radical forces trying to take over America.

We are indeed “getting a hard look at just what the radical left is willing to do in order to seize power and stay in power,” as Mr. Flurry wrote.

Zimbabwe needed a miracle to be delivered from the lawless forces that were determined to seize power. America does too. And the Bible clearly shows a miracle will take place. There are many prophecies still to be fulfilled. God is at work, and all His prophecies will come to pass. America will be great again—but not in the way even Donald Trump believes.

For more information on what the Bible says about this election, please read Mr. Flurry’s articles “Saving America From the Radical Left—Temporarily” and “Donald Trump Is Going to Win This Election.”