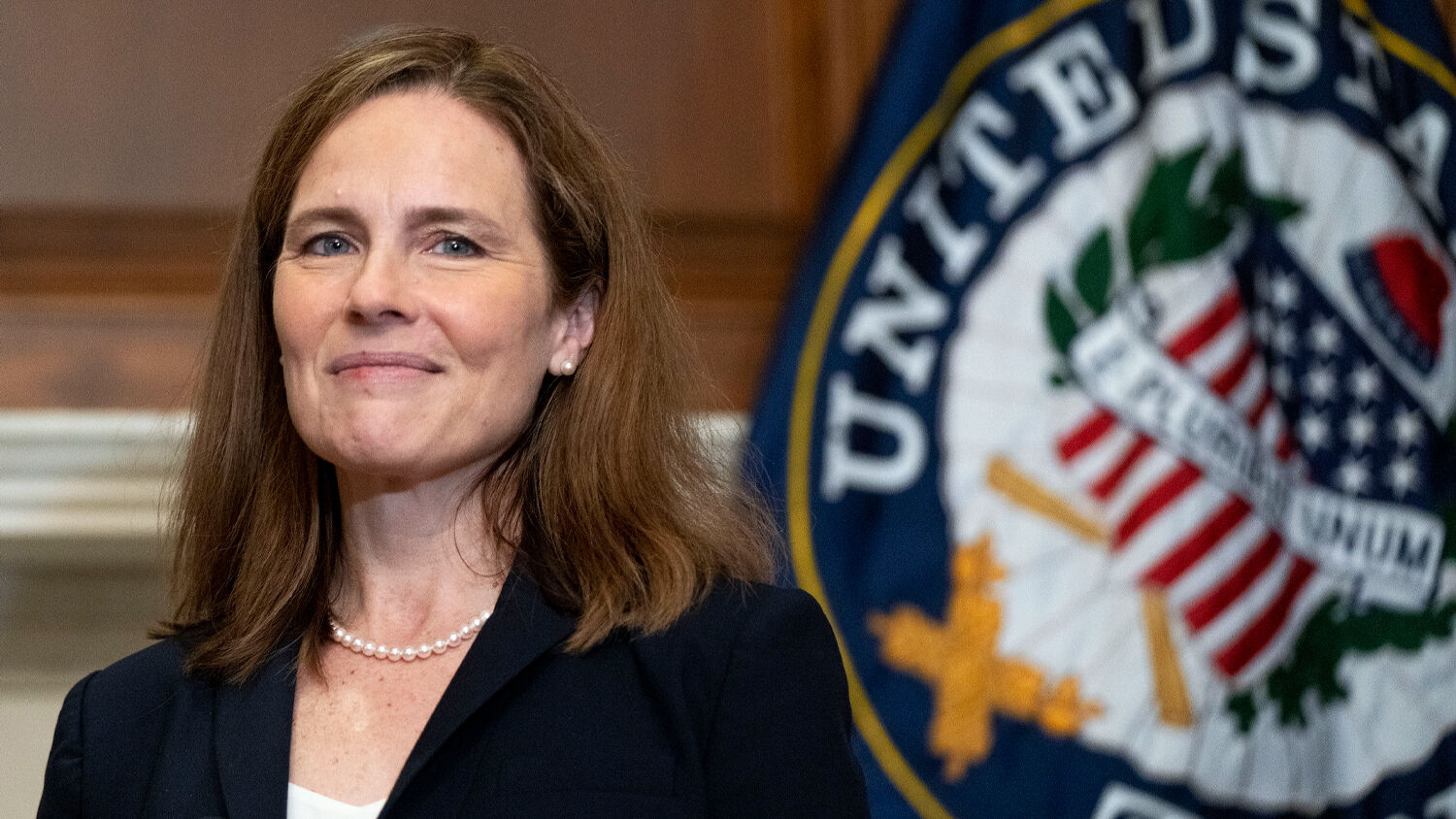 What does the changing composition of the court mean for the nation?

The United States Senate confirmed Amy Coney Barrett to the Supreme Court on October 26 in a vote largely along party lines. Fifty-two Republican senators voted “Yes” to confirm Barrett, while Sen. Susan Collins of Maine voted “No.” Meanwhile, 45 Democratic senators and two independent senators also voted “No.” Justice Barrett’s confirmation means conservatives have a 6-3 majority on the Supreme Court. This is a major setback for the political left, and perhaps a sign that President Donald Trump is about to win a second term.

Democrats opposed Barrett’s nomination because she is a conservative Catholic who signed an ad in 2006 calling for the overturning of Roe v. Wade, the landmark 1973 abortion case.

Yet during her confirmation hearings, Barrett reiterated that she was a strict constitutional originalist who believes that justices should not legislate from the bench. “Judges can’t just wake up one day and say, ‘I have an agenda, I like guns, I hate guns, I like abortion, I hate abortion,’ and walk in like a royal queen and impose their will on the world,” Barrett told the Senate Judiciary Committee on October 13. “You have to wait for cases and controversies, which is the language of the Constitution, to wind their way through the process.”

Sen. Ed Markey of Massachusetts protested Barrett’s philosophy in the run-up to her confirmation, posting on Twitter that: “Originalism is racist. Originalism is sexist. Originalism is homophobic. Originalism is just a fancy word for discrimination.” Apparently, Senator Markey believes progressive justices should reinterpret the text of written laws to mean something other than what legislators intended, instead of writing new laws.

The philosophy that the meaning of the text in the U.S. Constitution changes over time as social attitudes change, even without the adoption of formal amendments, is called living constitutionalism. Justice Barrett opposes this philosophy, and she is replacing the late Ruth Bader Ginsberg, who was a living constitutionalist. The shift from Ginsberg to Barrett will likely make the court the most conservative it’s been since 1950.

President Donald Trump made sure to get Barrett confirmed to the Supreme Court before the November 3 presidential election, just in case the Supreme Court has to rule on any election dispute between President Trump and Democratic presidential candidate Joe Biden. “I think it’s very important that we have nine justices,” President Trump told reporters on September 23. “I think having a 4-4 situation is not a good situation.”

2 Kings 14:26-27 say, “For the Lord saw the affliction of Israel, that it was very bitter: for there was not any shut up, nor any left, nor any helper for Israel. And the Lord said not that he would blot out the name of Israel from under heaven: but he saved them by the hand of Jeroboam the son of Joash.” Anciently, God saved Israel from the Syrians through the efforts of King Jeroboam ii, even though Jeroboam was an unrighteous king. Today, God is temporarily saving America from the radical left through the efforts of President Trump.

When Brett Kavanaugh was confirmed to the Supreme Court in 2018, Mr. Flurry noted that it was a sign that God had not withdrawn His support from the Trump administration.

“God is saving Israel temporarily,” he wrote in the November-December 2018 Trumpet. “If the 2016 election had gone the other way, I am convinced the nation would already be finished! And in this latest battle, if Republicans had not confirmed Kavanaugh, to me that would have indicated that we had already seen the last vestige of resistance to the left extinguished. Surely it would have meant an ideological tie on the Supreme Court—four justices on one side and four on the other—for years to come, which means the lower court decisions stand. That plays into the left’s hands, at least until they can put more activist judges on the court. That was their plan. But God upset their plan.”

Justice Barrett’s confirmation changes the composition of the Supreme Court even more than Justice Kavanaugh’s confirmation. In fact, Justice Kavanaugh will now likely be the swing vote in controversial court rulings, as four justices are ranked as more conservative than Kavanaugh. This may be a sign that God is still saving America from the radical left. How much longer will God continue intervening on America’s behalf?

Anciently, the Assyrian Empire began oppressing and taxing the northern kingdom of Israel after King Jeroboam ii rejected the warning message God gave him through the Prophet Amos. Jeroboam, instead, listened to an evil priest named Amaziah, who convinced him to exile the Prophet Amos to Judah. In Amos 7:12-13, Amaziah told Amos, “O thou seer, go, flee thee away into the land of Judah, and there eat bread, and prophesy there: But prophesy not again any more at Bethel: for it is the king’s chapel, and it is the king’s court.”

The phrase “king’s chapel” implies that President Trump has the backing of the nation’s religious people, such as the conservative Catholics and the evangelical Protestants. The phrase “king’s court” should actually read “kingdom’s court.” The Hebrew word translated “court” in this verse could mean “a moveable house” or “a tent with a covenant in it.” It is a very broad word discussing national power as governed by the president.

In the August 2019 Trumpet, Mr. Flurry wrote, “In Washington, D.C., is the Supreme Court building, where judges are to interpret the law. In the same area are buildings for the cia, the fbi, the Justice Department, the State Department, the Pentagon and others. … It is logical this prophecy is talking about these government structures, or agencies. After all, if Jeroboam is going to be used to save Israel, he would need the law on his side. He wouldn’t be able to use the government like he needed to without the legal structure behind him. He needs that power. The leader of end-time Israel in Amos 7 has a lot of power, but he has had to fight to get that power and hold it.”

The prophecy of Amos 7 indicates that the Supreme Court and much of the federal government are going to support President Trump until such time as he has a chance to accept or reject God’s warning message. Anciently, King Jeroboam ii died shortly after Amos was exiled to Judah. After that, Jeroboam’s son Zechariah was killed in a military coup, and the Assyrians began extracting tribute from the army officers who seized the throne.

America will suffer a fate similar to ancient Israel’s if its people follow the example of King Jeroboam ii and reject God’s warning message. God is trying to bring the American people to repentance. He is allowing curses to intensify in order to correct us, but He is also holding back the full force of these curses so that people have time to be chastened and repent!