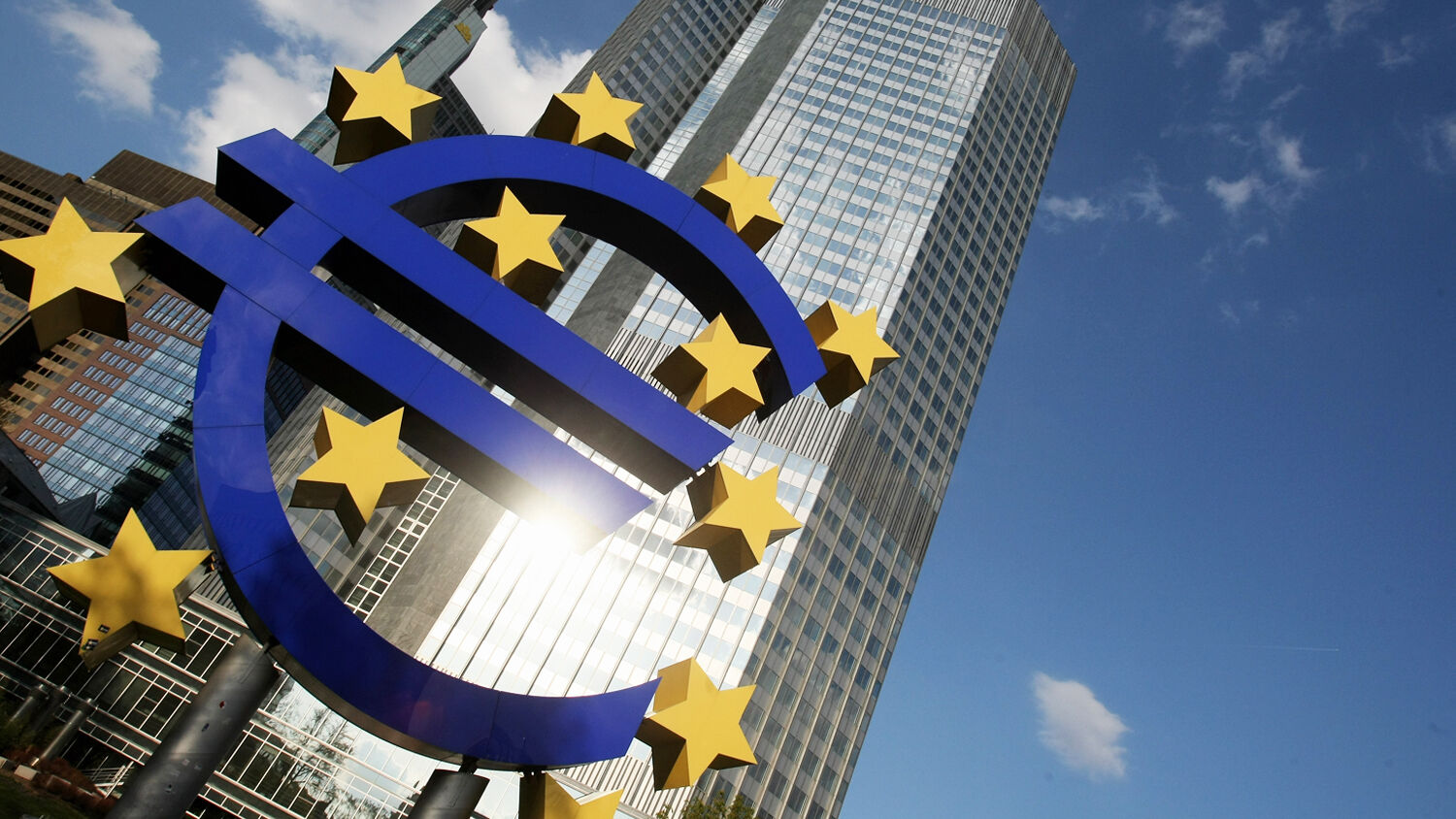 Europe’s strength is not innovation; it is regulation.

Europe is marching toward its goal of creating a digital currency. The Governing Council of the European Central Bank (ecb) established a High-Level Task Force in January to advance work on central bank digital currencies (cbdc) in the euro area. This month, the ecb published a 55-page report about the planned introduction of a digital euro.

In today’s digital age, innovation has touched almost every aspect of our lives. Yet many people continue to use cash as their predominant form of payment.

For many in Europe, paying with cash is simply a habit. Others see it as a way to keep their transactions anonymous, as opposed to using online payments, checks, credit and debit card payments. Also, some simply don’t trust the banking system and choose to store their cash at home.

But the way billions of people handle their financial activities may soon change. The European Union is working to create a digital currency. While Europe is not necessarily leading the innovation, it seeks to lead the regulations.

The foreword of the ecb’s October 2020 report reads:

A key part of the eurosystem’s mission is to provide citizens with riskless money for their payments; the eurosystem has been providing euro banknotes for nearly two decades. While cash is still the dominant means of payment, new technologies and the increasing demand for immediacy from consumers are changing the way European citizens pay. This is evident in the expanding role of fast electronic payments. To ensure that consumers continue to have unfettered access to central bank money in a way that meets their needs in the digital age, the ecb’s Governing Council decided to advance work on the possible issuance of a digital euro—an electronic form of central bank money accessible to all citizens and firms. A digital euro would be introduced alongside cash, it would not replace it. …

Looking ahead, we need to be ready to introduce a digital euro, should the need arise. For now we maintain the options open as to whether and when this should happen.

Our role is to secure trust in money. This means making sure the euro is fit for the digital age.

What once seemed to be a futuristic dream is becoming reality.

A digital euro may even become essential in a number of possible scenarios. For example, if the use of cash were to decline significantly, other electronic payment methods were to become unavailable owing to extreme events, or foreign digital money were to largely displace existing means of payment.

In the days of covid-19, unprecedented digitalization, and increased global competitiveness, anything seems possible. The EU wants to prepare itself for “extreme events.” But it knows the power a digital euro would grant its government. Following are the ecb’s considerations that would require the introduction of a digital euro:

A digital euro could be issued (i) to support the digitalization of the European economy and the strategic independence of the European Union; (ii) in response to a significant decline in the role of cash as a means of payment, (iii) if there is significant potential for foreign cbdcs or private digital payments to become widely used in the euro area, (iii) as a new monetary policy transmission channel, (iv) to mitigate risks to the normal provision of payment services, (v) to foster the international role of the euro, and (vi) to support improvements in the overall costs and ecological footprint of the monetary and payment systems.

The EU is, in a way, pressed to act based on the external forces of the United States and China. If Europe wants to be strategically independent from the U.S. dollar, but not allow China to make further inroads into its markets, it would naturally need to establish its own digital payment system. Considering the rising global tensions, this scenario is becoming more and more likely.

Unlike China, the EU has to first win the people’s trust before it can introduce a digital currency. For this reason, the report stated that the digital euro has “[t]o match the key distinctive features of cash, a digital euro aiming to tackle a decline in the acceptance of cash should permit offline payments. Moreover, a digital euro should be easy for vulnerable groups to use, free of charge for basic use by payers, and should protect privacy. It should have a strong European branding.”

The ability to use the digital euro offline would allow “the sharing of transaction details with parties other than the payer and payee,” the report noted. This would require payment devices that could be pre-funded with an amount of digital euro that have been previously deducted from the user’s online balance.

In crisis situations, when savers have less confidence in the whole banking sector, liquid assets might be shifted very rapidly from commercial bank deposits to the digital euro if the operational obstacles to withdrawing money in the form of digital euro are lower than for withdrawing cash. This could increase the likelihood and severity of bank runs, weakening financial stability.

These examples highlight the need for the design of the digital euro to be carefully assessed, taking into account its implications for such important issues as monetary policy transmission and financial stability.

Unlike cash, the control of digital currencies can be regulated in various ways. Depending on their design, central banks issuing the digital currency can, in times of crisis, freeze assets and hinder bank runs. Foreign currencies could also be more easily blocked from entering the European market.

Two senior fellows at the Atlantic Council, Hung Tran and Barbara Matthews, wrote an editorial in August exposing the dangers of China’s digital currency. “The [Chinese central bank’s] ability to monitor dcep [Digital Currency Electronic Payment] transactions can help improve the efficacy of monetary and fiscal policy operations as well as make it easier to fight financial crimes including money laundering and the financing of terrorism. However, this will significantly strengthen the government’s social credit scoring system, used to control its citizens by rewarding or punishing their behaviors. Basically, the more citizens that use dcep instead of physical cash, the more the government can monitor and control their lives.”

The introduction of a digital euro would give European government’s similar power.

Der Spiegel columnist Sascha Lobo wrote on Feb. 3, 2016, “Finally, the abolition of physical cash offers fantastic new surveillance capabilities” (Trumpet translation throughout). Concerning blockchain technology, Caroline Freigang wrote in the Swiss Handelszeitung on March 9, 2016: “The technology could speed up transactions and save banks money—the middleman will become obsolete. However, the danger still exists through regulators, which could, depending on the political situation, change their mind like the wind.”

In a cashless society, the government could electronically track and control ongoing transactions. It could also over regulate the use of other payment providers or outright ban them.

Former German Economics Minister Dr. Karl-Theodor zu Guttenberg noted in his 2019 thesis, “For the near future, it is unfeasible that fintechs or large multinational tech companies will be in the ‘driver’s seat’ for shaping regulation. A push back from governments and international bodies that are still heavily influenced by behemoths of the ‘old industry’ is to be expected.”

In the context of financial supervision, the Bible reveals Europe will receive unprecedented control over its citizen. Revelation 13:17 reads: “[N]o man might buy or sell, save he that had the mark, or the name of the beast, or the number of his name.” Referring to this scripture, Herbert W. Armstrong wrote in 1952:

Those who want to participate in any form of commerce will have to take on the “mark of the beast,” meaning everyone will be forced to keep the government’s laws. The Bible uses the symbol of beast to portray empires (see Daniel 7, Revelation 13 and 17). Revelation 17 show that the final world-ruling empire will be the seventh resurrection of the Holy Roman Empire. In Who or What Is the Prophetic Beast?, Mr. Armstrong explained the mark of the beast:

The Roman church caused people to receive the mark of pagan Rome—the Sunday observed by the pagan Roman Empire—and the penalty for disobedience was death! Fifty million or more were put to death—so says history. The Sabbath commandment is the only commandment the world will not accept in its mind (forehead) and obey (by work or rest, with the hand). It is the only commandment that can distinguish between those who have the mark of the beast or the sign of God. … Yes, the mark of the beast once again will be enforced! No one will be able to hold a job or engage in business without it. … But if you obey God—if you are watching, praying without ceasing—you shall be accounted worthy to escape—and come under God’s protection (Luke 21:36).

The mark of the beast is not a digital currency. But a government-controlled digital financial system could be one of various means to ensure that this mark is enforced.

Request a free copy of Mr. Armstrong’s booklet Who or What Is the Prophetic Beast? to understand Europe’s desire for power and where it will lead.