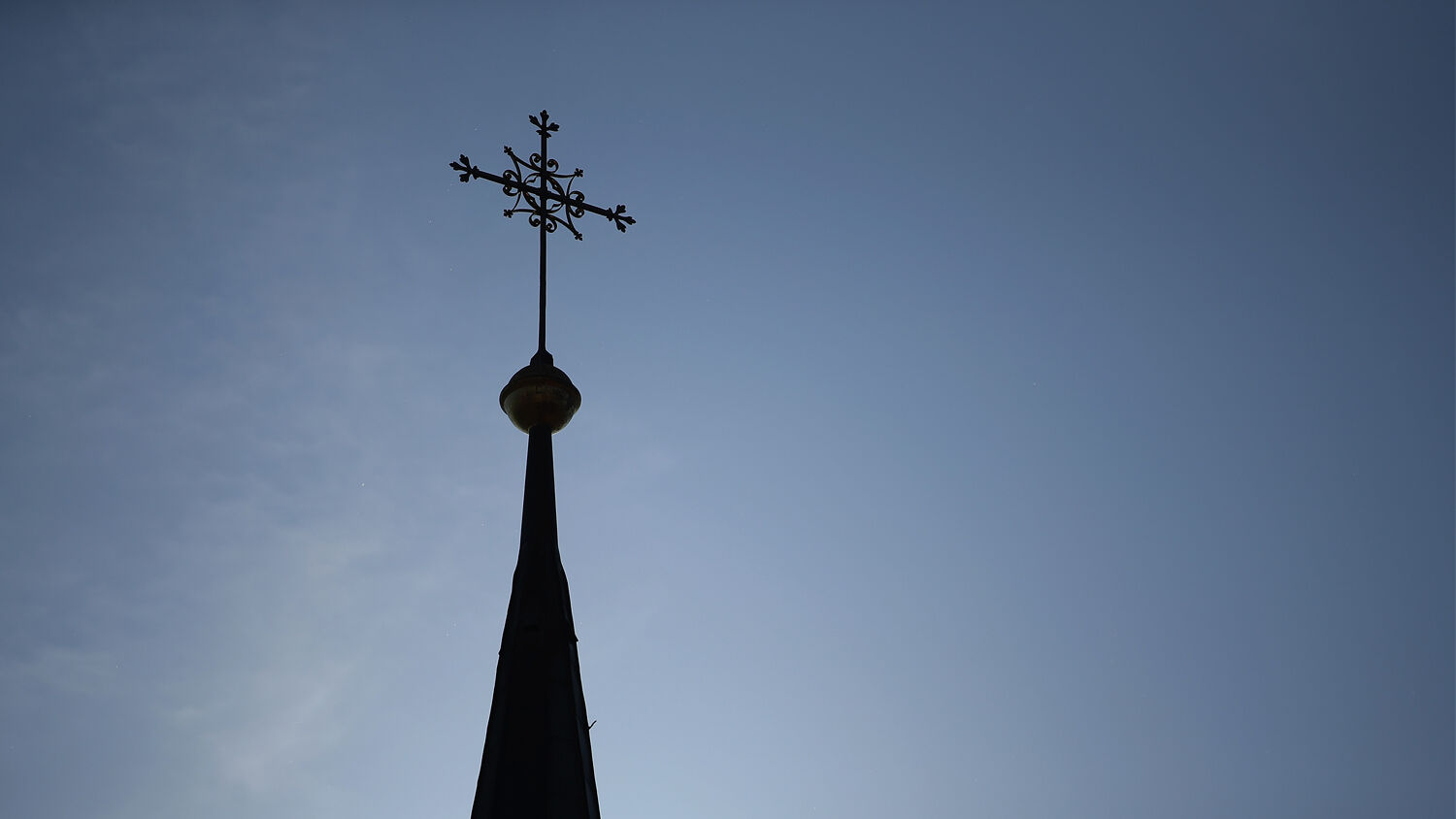 The spire of a Catholic church in Walledorf, Germany
Sean Gallup/Getty Images

If Germany’s Catholic and Lutheran populations work together, they will dominate the most powerful nation in Europe.

The German Bishops’ Conference is pushing forward with plans for shared Communion between Catholics and Protestants. On September 18, the Vatican Congregation for the Doctrine of the Faith voiced objections, saying differences in the understanding of the Eucharist were “still so grave” that they ruled out shared Communion. But the German Bishops’ Conference and the Evangelical Church in Germany still plan to continue their discussions, according to German Catholic news agency kna.

This survey interviewed 2,084 German adults between October 9 and 12. Specifically, it found that 42 percent of Catholic respondents agree with the prospect of full Christian unity, compared with 27 percent of Protestant respondents. If these percentages are truly representative of Germany’s Christian population, then 9.5 million German Catholics and 5.6 million German Protestants want to put the Protestant Reformation behind them.

Catholic Cardinal Reinhard Marx and Lutheran Bishop Heinrich Bedford-Strohm were awarded the Augsburg High Peace Festival Prize last August for rendering “outstanding services to a tolerant and peaceful coexistence of cultures and religion.” The clerics were chosen after they presided over a service commemorating the 500th anniversary of the Protestant Reformation. Any type of intercommunion between the Catholic Church and the Evangelical Church is significant as these churches represent half of Germany’s population.

If Germany’s Catholic and Lutheran populations work together, they will dominate the most powerful nation in Europe.

There are still a lot of doctrinal details that need working out before German Catholics and Protestants take communion together, but Bible prophecy shows that this will happen. The Bible often uses the symbol of a woman to represent a church (2 Corinthians 11:2; Revelation 19:7; Ephesians 5:22-27). Isaiah 47 describes a specific church that it calls “the lady of kingdoms.” She exerts power over many nations, but she has protesting daughter churches. She vows to bring her daughters back into the fold, saying, “I shall not sit as a widow, neither shall I know the loss of children” (verse 8).

Herbert W. Armstrong, who founded the Plain Truth (predecessor to the Trumpet), taught since the early 1930s that scriptures such as this one describe a coming union between Catholics and Protestants. Notice this excerpt from the October 1961 Plain Truth: “The pope will step in as the supreme unifying authority—the only one that can finally unite the differing nations of Europe. The iron jurisdiction over both schools and religion will be turned over to the Roman Catholic Church. Europe will go Roman Catholic! Protestantism will be absorbed into the ‘mother’ church—and totally abolished” (emphasis added).

In order to build and influence this church-state superpower, the Catholic Church will make strategic compromises—standing firm in one area, compromising in another. Scriptures in Isaiah 47 and Revelation 17 clearly reveal that the old Holy Roman Empire, influenced by the Vatican, will be resurrected one last time.

To understand what the Bible says about the religious system that will dominate the Western world during the last days of man’s rule over man, request a free copy of Mr. Armstrong’s booklet Who or What Is the Prophetic Beast?