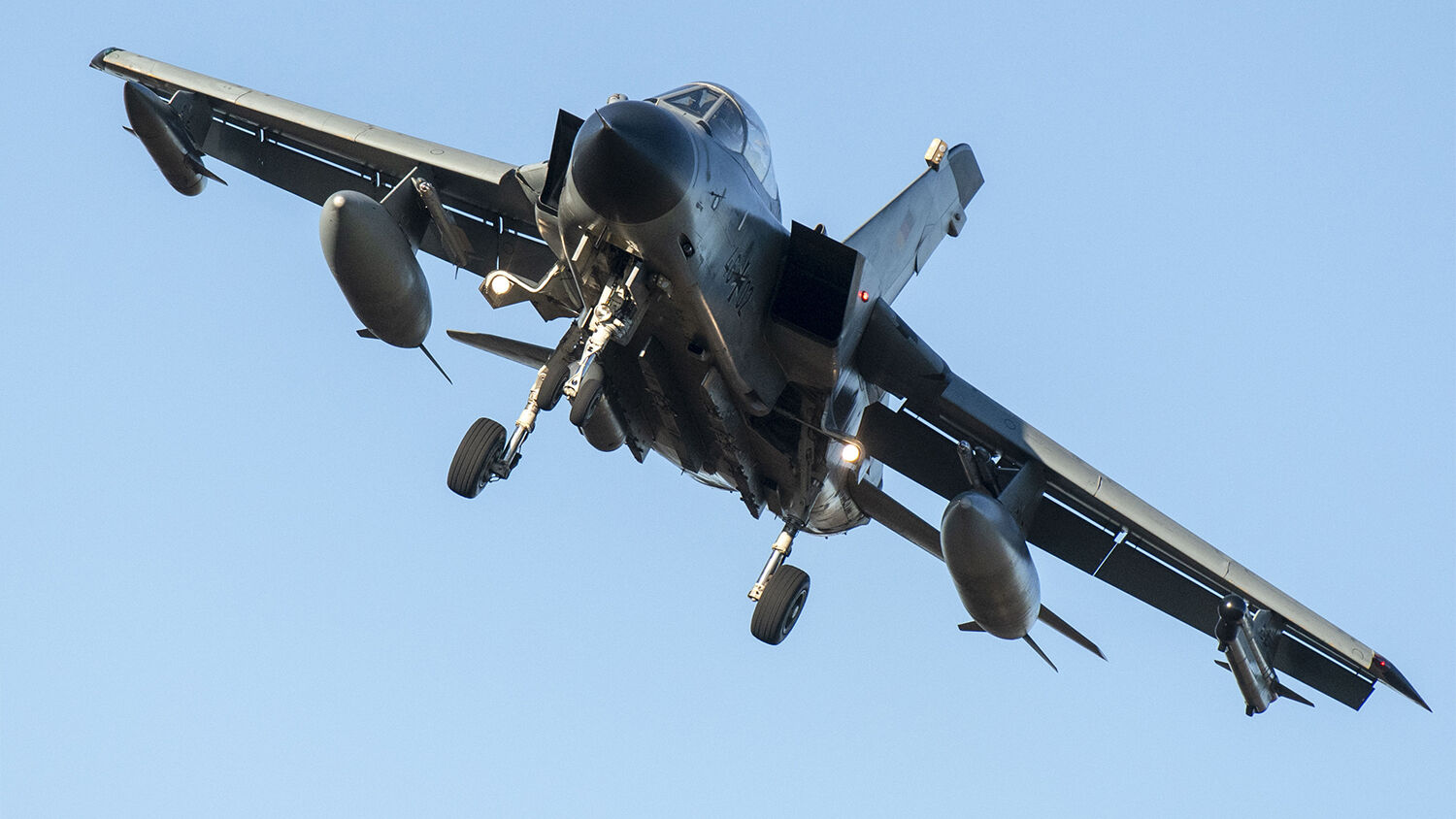 In ‘Steadfast Noon,’ the German Bundeswehr prepares to use tactical B61 nuclear weapons.

Every October, Germany, along with other European countries, practices for the eventuality of a nuclear war. This year’s exercises began the first week of October. Germany’s t-online.de noted on October 13: “The secret alliance exercise ‘Steadfast Noon’ is said to have started last week. According to military experts, the Air Force practices, among other things, the safe transport of nuclear weapons” (Trumpet translation throughout).

According to the German Press Agency (dpa), “Steadfast Noon” prepares fighter bombers to use tactical nuclear B61 bombs in the event of war. Within the North Atlantic Treaty Organization, Germany, Italy, Belgium, the Netherlands and Turkey have access to nuclear bombs. They are part of nato’s nuclear-sharing agreement that allows them to use nuclear bombs to strike opposing forces.

Ten years ago, the Bundestag called for the removal of nuclear bombs from German soil. Instead of removing them, however, the United States began modernizing the bombs. According to a report from Deutsche Welle, published on March 26, the B61-3 and B61-4 types will be replaced by the brand new B61-12. According to nuclear weapons expert Hans M. Kristensen, the new bombs provide “a significant military advantage.” Guardian Unlimited noted in 2015:

In nonproliferation terms, however, the only thing worse than a useless bomb is a “usable” bomb. Apart from the stratospheric price, the most controversial element of the B61 upgrade is the replacement of the existing rigid tail with one that has moving fins that will make the bomb smarter and allow it to be guided more accurately to a target. Furthermore, the yield can be adjusted before launch, according to the target. … The great thing about nuclear weapons was that their use was supposed to be unthinkable, and they were therefore a deterrent to contemplation of a new world war. Once they become “thinkable,” we are in a different, and much more dangerous, universe.

German-Foreign-Policy.com noted on October 14: “The new nuclear bombs of the type B61-12 can also be used with lower explosive power, which lowers the inhibition threshold for nuclear war. There are reports of ‘first nuclear strikes’ in nato documents.”

This year’s “Steadfast Noon” exercises are reportedly taking place in the German Nörvenich Air Base near Cologne. The base is intended as an alternative location for the assumed 20 U.S. nuclear bombs stored at Büchel Air Base (Eifel). At the same time, another exercise is taking place in Büchel with the aim of protecting important infrastructure from threats from the air.

These exercises are alarming considering Germany’s history. World War ii started after Germany falsely claimed it had been attacked by Poland. Imagine if Germany were to claim that its intelligence learned of a planned nuclear strike against the nation. It would all be over before anyone could dismiss or confirm the news. Germany would be prepared to take action and strike first. History often repeats itself—and in a nuclear age, the consequences would be far more deadly.

As recently as the Cold War, Germany considered using the nuclear weapons stored on its soil without America’s consent. Former Secretary of State Henry Kissinger was alarmed by the plans of former German Nuclear Minister Franz Josef Strauss. Kissinger even demanded that Germany’s access to the nuclear arsenal be “physically impossible” without U.S. “consent.”

In 2012, Der Spiegel gained access to “top secret” documents of the Federal Prosecutor’s Office that proved Kissinger’s concerns were legitimate. Strauss did in fact plan to use the nuclear bombs if an imminent threat from Russia occurred.

Strauss also worked furiously to further Germany’s civil nuclear industry and thus enabled it to be ready at an instant to produce its own nuclear weapons.

Having nuclear bombs is one thing, but being able to use them when the time comes is a whole different story. For this reason, Germany’s practice for this event is critical.

Consider also that Germany is practicing its nuclear readiness together with its former World War ii ally. T-online reported: “The Bundeswehr announced on the Internet that the Italian Air Force would be visiting Nörvenich with 10 aircraft until October 15.” This is alarming! Trumpet editor in chief Gerald Flurry wrote in “Europe’s Nuclear Secret”:

By starting World War ii, Germany and Italy caused the deaths of some 50 million people! Now, because we think these nations have changed, we have given them our nuclear bombs. But have these nations really changed? Are we absolutely sure they will never repeat their past?

Many authors have shown that after World War ii, the Allies spent just two years de-Nazifying Germany. Then we stopped and told the Germans to de-Nazify themselves. Now, based on our assumption that they completed the job, we risk nuclear annihilation.

The truth is that at the end of World War ii, when they knew defeat was inevitable, Nazi leaders began to prepare to go underground. Major corporations like Messerschmitt and Volkswagen committed to hiring some of the top Nazi officials so they could continue their plan for German domination underground until World War iii.

People often scoff at the idea that Germany could start another world war. Comparing Germany’s military with the U.S.’s, Americans have little to fear. But if Germany plans a surprise attack against the U.S. that includes a cyberattack prior to a nuclear attack, Germany has a most dangerous advantage over its former enemy.

The U.S. shares crucial intelligence insight with Germany, The two nations cooperate on cybersecurity. And America has given Germany access to its own nuclear bombs. This will eventually be seen as America’s greatest mistake. Mr. Flurry noted: “In the end-time book of Ezekiel, God says, ‘And Aholah [speaking of the modern nations of Israel] played the harlot when she was mine; and she doted on her lovers, on the Assyrians her neighbours …. Wherefore I have delivered her into the hand of her lovers, into the hand of the Assyrians, upon whom she doted’ (Ezekiel 23:5, 9). This whole chapter concerns Israel, here called Aholah, and the Jews, called Aholibah, setting themselves up for one of the most shocking betrayals in history!”

As Germany actively practices for nuclear war, you have to understand Germany’s plans and what the Bible reveals about it. In “Europe’s Nuclear Secret,” Gerald Flurry explained that and also showed how you can have hope amid these terrifying events.