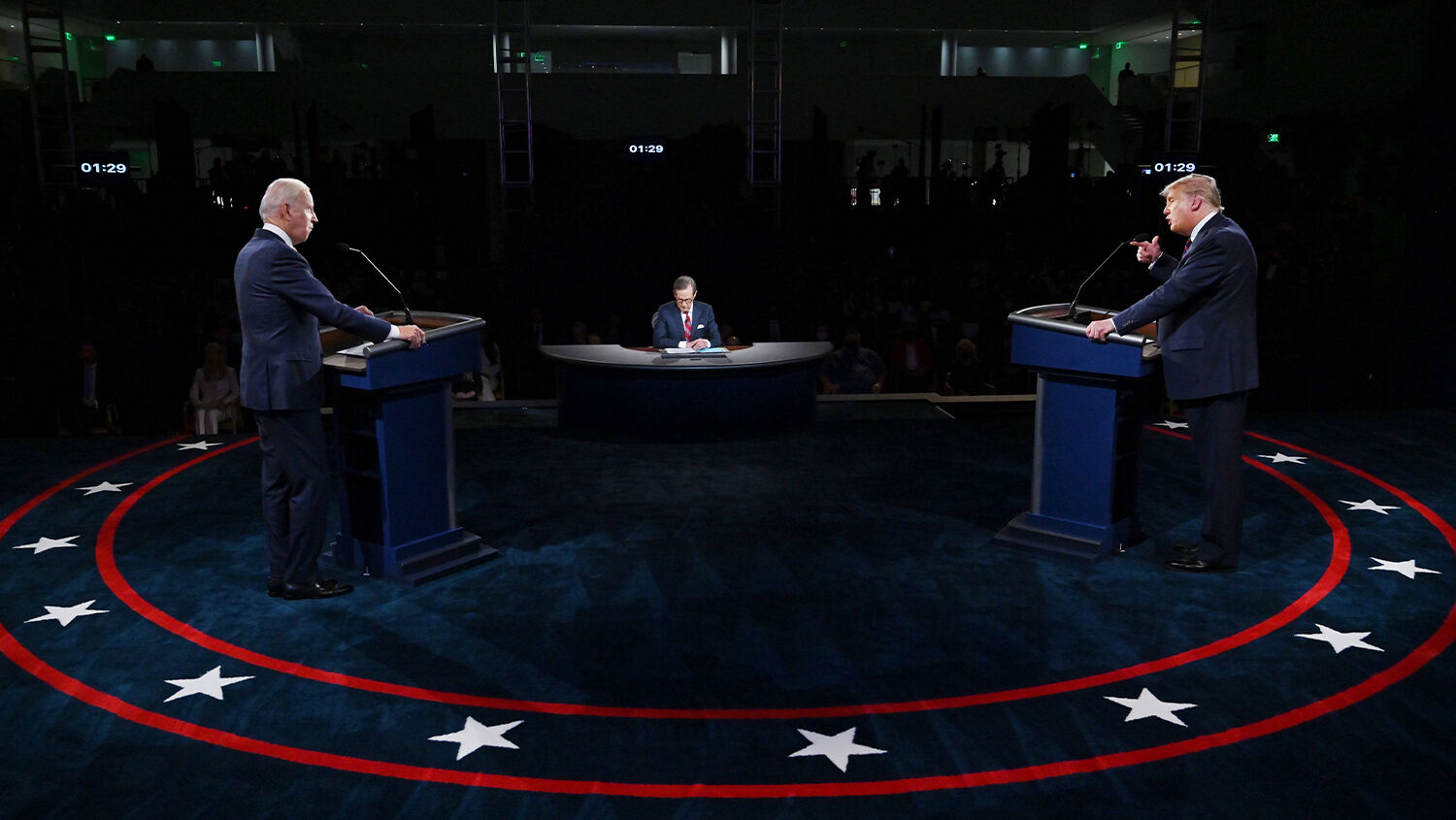 No matter who wins the election, we are facing the end of U.S. leadership on the world scene.

Millions of Americans tuned in to watch Vice President Mike Pence debate Sen. Kamala Harris last night. While the debate was more civil than the one between President Donald Trump and Democratic presidential candidate Joe Biden last week, there were still plenty of personal attacks. At one point, Senator Harris called the Trump administration’s handling of the covid-19 pandemic “the greatest failure of any presidential administration in the history of our country.”

During last week’s presidential debate, Biden blamed President Trump for 200,000 coronavirus deaths, telling Mr. Trump that the death toll “is what it is because you are who you are.”

According to an Axios poll, a full 55 percent of voters were disappointed by the debate between President Trump and Joe Biden, and another 24 percent were downright angry.

Last night’s debate between Vice President Pence and Senator Harris likely did not elicit as much emotion, but both debates highlight a nation in decline. Domestic political analysts tend to blame the chaos of the debates on whichever political candidate they personally oppose. But some foreign political analysts are looking at the bigger picture of America’s decline and fall.

Kenyan commentator Patrick Gathara noted on Twitter: “This debate would be sheer comedy if it wasn’t such a pitiful and tragic advertisement for U.S. dysfunction.” Danish Prime Minister Mette Frederiksen noted on Facebook: “An election debate in the States last night, where interruptions and quarrels were allowed to fill up way too much. Fortunately, this is not the case in Denmark. And I never hope it will be like that. The harsh words polarize and split.”

The Chinese were even more condemning. The editor of China’s nationalistic Communist Party tabloid Global Times, Hu Xijin, wrote that the “chaos, interruptions, personal attacks and insults” on display during the presidential debates were a reflection of America’s “overarching division, anxiety and the accelerating erosion of the system’s original advantages. I used to admire this kind of televised debate in American politics, but I have much more mixed feelings when [I] watch it again now.”

Past presidential debates, such as the 1984 debate between Ronald Reagan and Walter Mondale, were nowhere near as chaotic as what the world witnessed last week, because the nation was not as bitterly divided back then. The Trump–Biden debates reveal two Americas with irreconcilable differences—and foreign nations are taking note.

No matter who wins the upcoming presidential election, such acrimonious division in America means we are now facing the end of Western dominance and a new era of competition between rising powers.

The remarkable thing is that the Bible foretold this exact situation thousands of years ago.

Newscasters and politicians often speak about the dangers of America retreating from global leadership. But the Bible’s revelation about this massive event shows it to be far more dangerous than they realize. Even most Christian leaders ignore the fact that the Bible is full of prophecy from Genesis to Revelation—and a great deal of it speaks of this modern trend.

One prophecy that carries special significance today is in Micah 5:7-14. This passage is about “the remnant of Jacob.” The patriarch Jacob was renamed Israel (Genesis 35:10). Micah says his descendants would receive great wealth and power from God, and would dominate every other nation. But unlike most empires, they would use their wealth and power to save and improve the lives of people around the world.

Micah wrote these prophecies after the northern 10 tribes of Israel had already been conquered by Assyria, so he was not describing a period of ancient greatness under King David or King Solomon. He was describing a future time when Israel would achieve superpower status on the world scene. These scriptures describe the generation of Israel just before the Messiah comes.

This generation would possess great power. It would be like a lion among the nations, the king of the beasts. Thus, if you have proved that we are living in the last days, you can identify the descendants of the ancient Israelites simply by locating the global superpower. Which nations have been like lions defending the world from tyrants like Napoleon Bonaparte, Shaka Zulu, Kaiser Wilhelm, Adolf Hitler, Hideki Tōjō and Joseph Stalin? Which nations have been like showers upon the grass, spreading food, technology, free markets and free societies around the globe?

From the start of the 19th century until today, it has been the peoples of Australia, Britain, Canada, New Zealand and the United States who have fulfilled this role. The very existence of Pax Americana is proof that these nations are Israel.

The Bible records that God created human beings and gave them the opportunity to obey Him, but they chose to turn from His laws and rely on their own beliefs of right and wrong. Then, about 2,000 years after God created the first man and woman, He founded the nation of Israel. He gave these people His laws so they could be an example to all other nations. In Leviticus 26, God made a special covenant with the Israelites. He promised that if they obeyed Him, He would bless them with military victories and economic prosperity. And He promised that if they disobeyed, He would curse them with military defeats and financial ruin.

God’s promise to punish Israel for disobedience is reiterated in Micah 5. Here God explains how and why Israel’s time as a world superpower will come to an abrupt end.

According to this prophecy, at the moment end-time Israel reaches the zenith of its power, God cuts off its armaments of war and throws down its strongholds. He breaks the pride of its power. Why? Because the people have turned away from Him to embrace “witchcraft” and “soothsayers.” This means the people look to false teachers who refuse to teach God’s commands. They promote lawlessness and moral relativism. They endorse sins like abortion, adultery, drug abuse, homosexuality, lying, Sabbath-breaking and sexual promiscuity. They indulge in shallow religions, false doctrines and even literal witchcraft.

Because of these sins, and in keeping with His promise, God is stripping away the power He gave to America. The same is true of Britain. These nations have indisputably rejected the beliefs of the Bible, and they are also losing control of the world’s strategic trade routes, plunging further into debt, and suffering serious domestic problems.

These are only a couple of the Bible’s many prophecies about this world-changing event. Other prophecies reveal the dangerous age that will follow the end of Anglo-American dominance. God issued and preserved these prophecies as a warning of how nightmarish conditions will get. We are already in the beginning stages of these prophecies being fulfilled.

You need to prove what the Bible says about the history and prophecy of America. You can do so by reading, along with your Bible, The United States and Britain in Prophecy, by Herbert W. Armstrong. You can read it online, but we would be happy to send you a free copy of this eye-opening book. Just click the book’s link and then click “Add to Basket.”