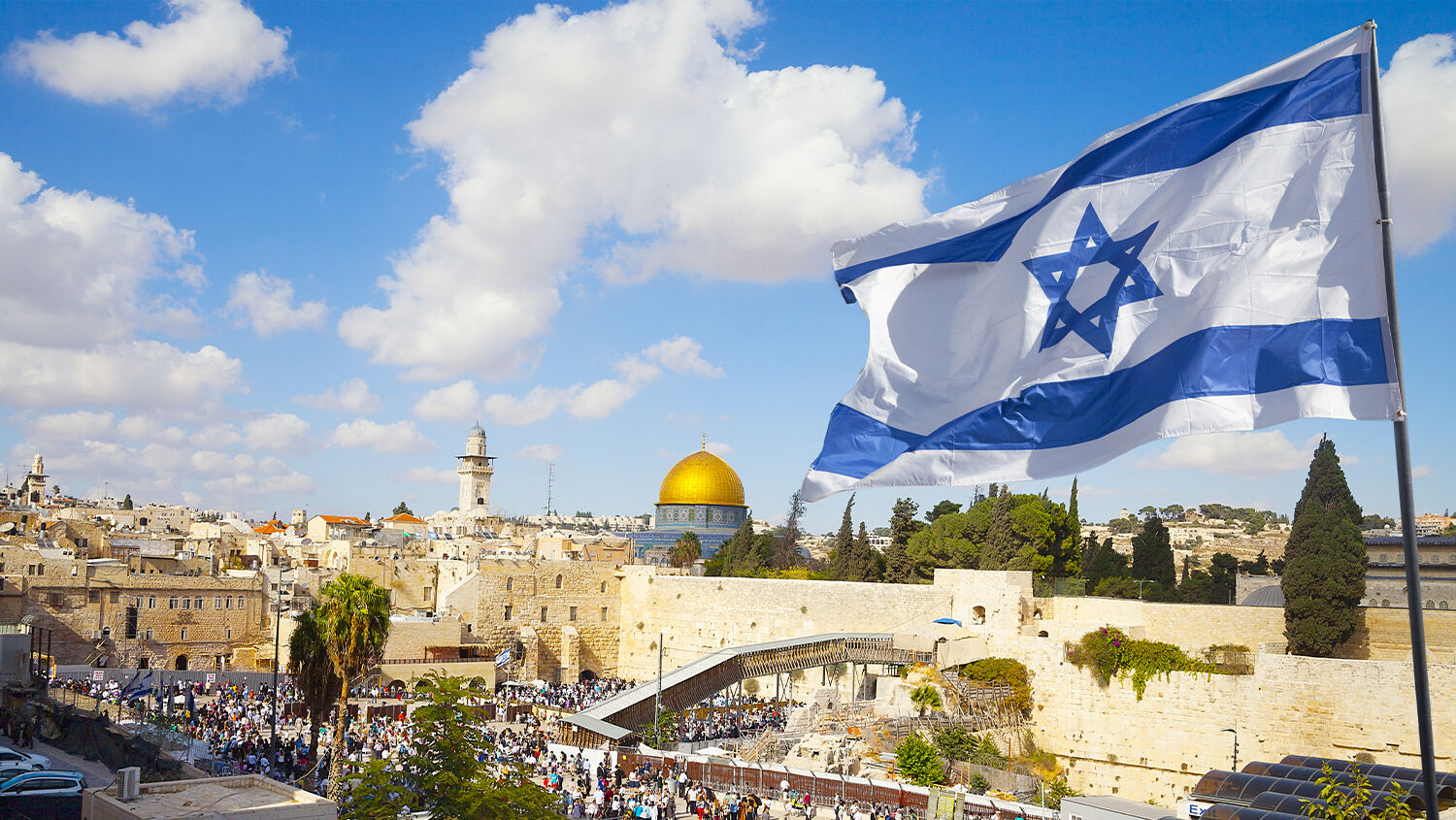 “You don’t have to believe it! It will happen regardless. It is sure—the world’s only sure hope. This advance good news of tomorrow is certain as the rising of tomorrow’s sun. Humanity won’t bring it about—it is going to be done to us. Humanity is going to be forced to be happy—to enjoy world peace—to see universal abundance and joy fill the Earth.”

This is the way that Herbert W. Armstrong introduced his visionary work The Wonderful World Tomorrow, first published fifty years ago, but just as current for our times. In this futuristic work, Mr. Armstrong began by taking “one last obituary look” at the current world in which we still live, before he realistically describes the soon-coming utopian world revealed in the pages of the Bible.

“Utopia? Why not?” Mr. Armstrong continued. “Why should it be an imaginary or impossible pipe dream? There is a cause for today’s world chaos and the threat of human extinction. That cause will be supplanted by that which will bring a utopia that is real, that is successfully functioning!”

If you are familiar with Mr. Armstrong, you can almost hear his voice punctuate each sentence with conviction and sincerity.

This was the way Mr. Armstrong wrote. It was also the way he spoke, not just to members of the Worldwide Church of God or the popular World Tomorrow television and radio program; he spoke this way to world leaders as well.

Known as an “unofficial ambassador for world peace,” Mr. Armstrong had audiences all over the world, bringing leaders a message of peace—one they had never heard before. This wasn’t a wishy-washy, ethereal program to change the world through human efforts or outreach. Mr. Armstrong boldly preached that mankind was utterly incapable of bringing lasting peace between nations. Instead, he declared that peace would only come through the imminent intervention by the Messiah.

Somewhat surprisingly this was not an unpopular message. Continuously, Mr. Armstrong was hosted by prime ministers, presidents, kings and queens. And they invited him back.

One nation that was particularly fond of Mr. Armstrong was Israel. Perhaps you may think the Jewish State would rebuff a Christian leader for bringing a message about the Messiah’s coming. But that didn’t happen with Mr. Armstrong. Israel’s leaders all loved him.

A few years ago, I contacted the Knesset endeavoring to see what records it might have from Mr. Armstrong’s visits. The Knesset archivist responded with a few documents. One of them was an internal Israeli document dated Oct. 17, 1983, preparing Speaker of the Knesset Menahem Savidor for his audience with Mr. Armstrong a week later. The one page Hebrew document isn’t that interesting on the surface. It details what you would expect: specifics about Mr. Armstrong’s work, Ambassador College, the Plain Truth circulation, and who Mr. Armstrong had visited previously in Israel.

But in the middle of the page was this revealing paragraph about Mr. Armstrong (emphasis added):

He loves Israel, contributing in the past and continuing to contribute today substantial amounts to Israel and mostly to Jerusalem. The projects in Jerusalem established with his great and varied help are: chiefly contributions to miscellaneous archaeological efforts in the city; to the City’s Tower of David Museum operations; and to Liberty Bell Park as a symbol of Israeli-American friendship.

I find this paragraph interesting because it was an internal document, written by an Israeli, and never meant to be published. Yet it unabashedly acknowledges Mr. Armstrong’s love for Israel.

“What love and excitement Mr. Armstrong had for Jerusalem—even Jerusalem today,” Trumpet editor in chief Gerald Flurry wrote in his newest book The Eternal Has Chosen Jerusalem. “He had an infectious vision and excitement. His love for this city and its people inspired affection and admiration in those with whom he met.”

This internal memo confirms that Israelis understood that affection. So too does the actual meeting that took place with Knesset Speaker Menahem Savidor a week later.

On today’s Trumpet Daily Radio Show, I showed footage of Mr. Armstrong’s meeting with Mr. Savidor inside the Knesset.

If you couldn’t hear Mr. Armstrong’s voice punch through the words in the opening quote to this article, perhaps you could listen to the program. The whole exchange between Mr. Armstrong and Mr. Savidor is fascinating as they discuss the region’s unsolvable dynamics of the 1980s and that have continued to our day.

But then Mr. Armstrong transitions to discuss the only realistic solution to the problems plaguing mankind. For about six unbroken minutes, Mr. Savidor, one of the most powerful men in Israel, listened intently to the 90-year-old Mr. Armstrong lay out the same case as in his Wonderful World Tomorrow booklet.

Mr. Armstrong was sincere; he didn’t pull punches. He told the basic truth from the Bible, yet in terms all could understand. And at one point, Mr. Savidor actually said, “You’re right.” The meeting ended with Mr. Armstrong being awarded the Medal of the Knesset from the speaker.

Although Mr. Armstrong died about three years after that meeting, his legacy, and his love for Jerusalem, lives on in the work of Mr. Flurry and the Philadelphia Church of God.

We continue his love for the present city in which we continue to sponsor archaeological projects uncovering its royal Davidic past. And we also continue to foster Mr. Armstrong’s same love for that prophesied future Jerusalem—the headquarters of the Messiah’s soon-coming government, which, when it is finally established, will bring about the real utopia and peace that we all desire. If you would like a glimpse into that future world that will so soon be upon us, please read Mr. Armstrong’s free booklet The Wonderful World Tomorrow.