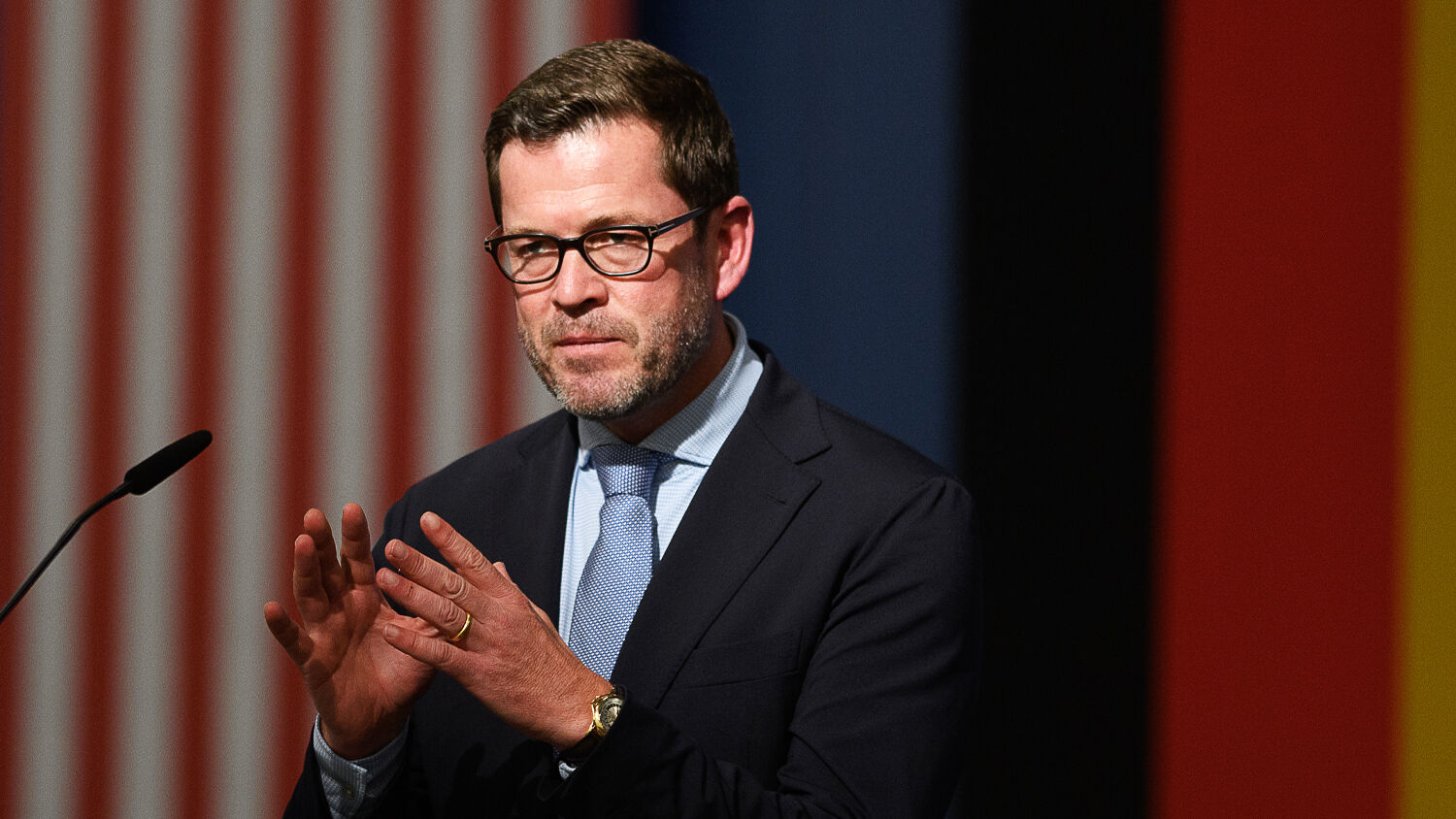 Germany rose from the ashes to dominate Europe, but it’s yet lacking a strong leader. This might soon change.

This weekend marked the 30th anniversary of Germany’s reunification. Former Defense Minister Karl-Theodor zu Guttenberg gave a keynote speech at the annual ceremony for the occasion at Point Alpha on Friday, October 2. On Saturday, the official date of the anniversary, Point Alpha hosted an ecumenical service.

The annual ceremony at Point Alpha (Geisa) was allowed with only a limited number of participants due to coronavirus restrictions. “But the celebrations had something special. The keynote speaker was the former Defense Minister Dr. Karl-Theodor zu Guttenberg who visited the United States camp [at Point Alpha]. In addition, Bishop Michael Gerber preached in an ecumenical service on Saturday,” fuldaerzeitung.de noted.

Concerning the importance of October 3, chairman of the Board of Trustees of the Point Alpha Foundation Dr. Stefan Heck said: “October 3 is a historic turning point; it is probably the most important holiday in the history of all of Germany.”

Guttenberg, who was 17 years old when the Berlin Wall fell, remembers it as a “deeply moving moment.” In his address, he noted: “You gave me the gift of being able to visit a place that is close to my heart in many ways.”

It was the first time Gutteberg joined the Point Alpha ceremony, “but the region is not unknown to him,” fuldaerzeitung.de noted. “As a child he was often in Hilders-Eckweisbach. At that time, he and his father were traveling from there towards Upper Franconia—along the barbed wire. He described the border as a ‘shame.’”

Many Germans see October 3 as the time when Germany officially obtained peace and freedom. Guttenberg, however, noted that these achievements need to be preserved with “tremendous efforts.” “In Germany we have the ability to function and have a standard that many envy us for—and that despite the enormous tasks that were associated with reunification,” Guttenberg said. “After 30 years we can say with justified pride and without complaining: Reunification has largely succeeded.” Some in Germany today are skeptical about the success of reunification, but his statement received much applause.

Guttenberg named fake news, conspiracy theories and demagogues as the new “walls” that seek to divide Germany. He warned his people “to do more than just remember. Our ideas for reforming institutions such as the United Nations, nato, the wto [World Trade Organization] and the EU [European Union] are more in demand than we would like to admit.”

The world is indeed looking to Germany for leadership. Just a generation ago, the nation was at the mercy of the United States and Russia. Today, Germany has rallied a united Europe behind its leadership.

Hostility between nations is growing: Russia is pressuring Eastern Europe to give up territory; animosity between the U.S. and China has reached a new high; civil wars are erupting in the Middle East and Northern Africa. In his speech, Guttenberg also warned of the growing conflict between the U.S. and China, noting that some call it a “Second Cold War.” He said, “Without a clear stance, Europe is threatened with another test of division, possibly being torn apart.”

After World War ii, the Allied forces sought to prevent a reunified Germany that could once again dominate Europe. But one man prophesied at the time that their efforts would fail: Herbert W. Armstrong.

He wrote, “Even before the end of this war, I revealed to you the Nazi plans for a Nazi underground movement, to go underground as a secret organization the very moment they lost the war—to lay low a few years during Allied and Russian military occupation, then to come forth when least expected, restore Germany to power, and go on to finally accomplish their aims in a World War iii” (Plain Truth, September 1948).

The Berlin Wall fell in 1989. A year later, Germany reunited officially on a date that many believe was randomly chosen. October 3, however, also marks the death anniversary of Franz Josef Strauss, who died on that day in 1988, just two years before Germany’s official reunification.

The Worldwide Church of God leadership that succeeded Mr. Armstrong did not carry on his message, even dismissing the relevance of these earthshaking events. Its Pastor General’s Report from Nov. 21, 1989, stated:

Following the spectacular news about the opening of the Berlin Wall, we unexpectedly received a call from a news station in Seattle. The news director was well aware of the World Tomorrow program and the fact that for more than 40 years the Church had been predicting the reunification of Europe in some form. He asked for on-air comments about whether the Church believed the opening of the Wall was the commencement of end-time prophetic events.

We responded that it was premature to make statements like that, but that the Bible was very clear about a 10-nation consortium in Europe. We also pointed out that history shows that past episodes of European unification have not proven positive for the rest of the world and that the Church would continue to watch events very closely.

The news director was disappointed that we would not proclaim this to be the absolute beginning of end-time events, but it was interesting that he did say that what the Church has predicted from the Bible was remarkably close to what appears to be happening.

Meanwhile, the Philadelphia Church of God (pcg) rose to continue Mr. Armstrong’s warning, as prophesied in Revelation 10:11: “And he said unto me, Thou must prophesy again before many peoples, and nations, and tongues, and kings.” The pcg fought for and obtained the legal right to print many of Mr. Armstrong’s key books and booklets.

Today, we continue to warn about Germany, while the modern nations of Israel (primarily the U.S. and Great Britain) and 95 percent of God’s own Church ignore the warning and continue to indulge in their sins.

The man that Mr. Armstrong watched as Europe’s possible strongman also has a connection to Karl-Theodor zu Guttenberg: Strauss mentored Edmund Stoiber, who mentored Guttenberg. This is part of the reason why we watch Guttenberg today.

For more than a decade, the Trumpet, under editor in chief Gerald Flurry’s direction, points to Guttenberg as the likeliest man to lead Europe in its prophesied future. To learn what indicates Guttenberg may be about to lead Europe, read Mr. Flurry’s article “Is KT zu Guttenberg About to Come to Power?” and request a free copy of A Strong German Leader Is Imminent.