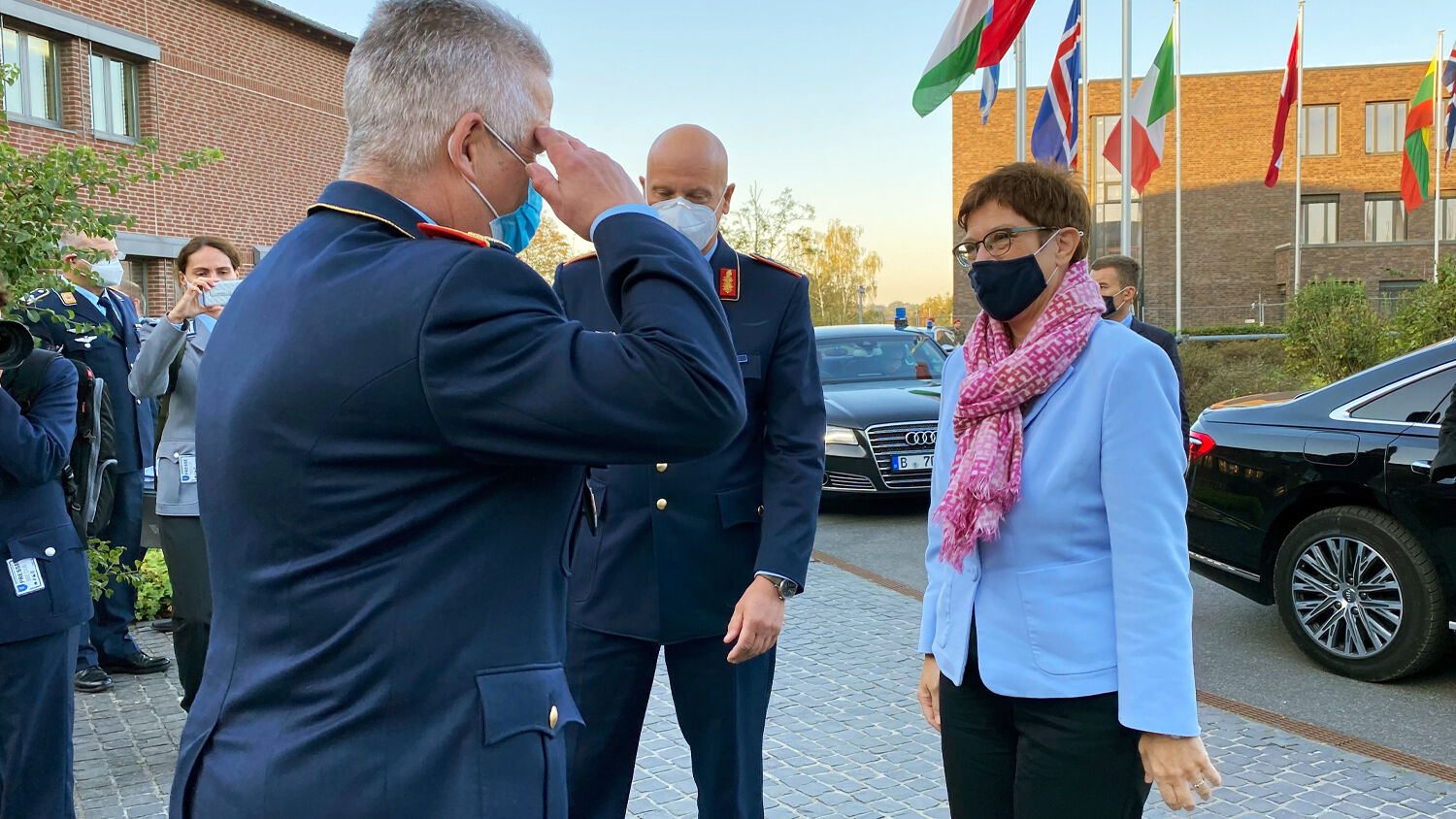 Germany’s peaceful spying is a springboard into offensive warfare.

On Monday, September 21, the Bundeswehr’s Air and Space Operations Center (asoc) took on a new operation in Uedem, North Rhine-Westphalia. Defense Minister Annegret Kramp-Karrenbauer called the new program a first step in planning and conducting space operations. The inspector of the German Air Force, Lt. Gen. Ingo Gerhartz, said the new operation “is not about space weapons, it is about protecting what we have in space” (Trumpet translation throughout).

The asoc will help protect satellites from interference and attacks and observe missiles that could threaten populated areas. Germany now joins other global powers in monitoring space.

The operations center will start with 50 experts and should grow to 150 employees by 2031.

So far, Germany has no known capabilities to respond militarily to attacks in space. The Bundeswehr’s only defense is to “turn the technology out of the beam angle,” n-tv.de noted. “The technical defense is therefore passive.”

Germany has had a small secretive space program for more than 10 years. Its activities in space are “hardly known, even to many in the armed forces,” Die Welt reported on Aug. 21, 2019. German space expertise is in spying and surveillance. Die Welt wrote in 2019:

In the future, the Bundeswehr will not only observe but also use space to plan and manage operations in the dimensions of land, air, sea and cyber. What exactly that means is subject to confidentiality. But it is clear: [Germany] is investing heavily.

Germany presents its space program as largely peaceful. But this could change suddenly. If it were to work more closely with other European nations, such as France, its “peaceful spying” could suddenly turn extremely dangerous. Germany could potentially give the orders for France to take out foreign satellites in a well-calculated move to disable foreign armies.

Considering its history, it wouldn’t be surprising if Germany already had its own offensive weapons system planned.

Winston Churchill, in his first volume of The Second World War, explained that Germany’s military preparation in the lead-up to World War ii went largely unnoticed by the Allied forces. He wrote:

By the Versailles Treaty, Germany was allowed only to retain a small naval force with a maximum strength of 15,000 men. Subterfuges were used to increase this total. Naval organizations were covertly incorporated into civil ministries. The coastal defenses in Heligoland [a German island in the North Sea], although destroyed in accordance with the treaty, were soon reconstructed. …

Nevertheless the struggle to preserve weapons from destruction was waged persistently by the German staffs throughout the years of control. Every form of deception and every obstacle baffled the Allied Commission. The work of evasion became thoroughly organized.

A general scheme had thus been put into action by which all the new factories, and many of the old, founded with American and British loans for reconstruction, were designed from the outset for speedy conversion to war, and volumes could be written on the thoroughness and detail with which this was planned.

Trumpet editor in chief Gerald Flurry wrote about Churchill’s warning in “A Special Warning: Germany’s Long History of Deadly Deceit” in the September-October 2000 Trumpet issue. He noted: “Hitler came on the scene with an army that frightened and almost conquered the world. America and Britain created a Frankenstein monster. The same deceit continues today, except it is far more shocking.”

The late Herbert W. Armstrong explained the identity of the United States in biblical prophecy in detail in his book The United States and Britain in Prophecy. Based on these same prophecies, he warned that Germany would betray America. Nonetheless America trusts Germany in almost everything. Mr. Flurry wrote:

We have an open-skies treaty with Germany. They are free to fly all over America. The U.S. trusts Germany—our lovers, as Ezekiel calls them (Ezekiel 23:5, 9)—more than we trust God!

That could be the worst foreign-policy mistake we have ever made—or ever will make.

This trust in Germany is particularly dangerous if you consider its latest advances in space. Ezekiel 7:14 says, “They have blown the trumpet, even to make all ready; but none goeth to the battle ….” In his January 1995 Trumpet personal, Mr. Flurry explained:

The trumpet of war was blown in Israel—mainly America and Britain. It seems everybody was expecting our people to go into battle. But the greatest tragedy imaginable occurred! Nobody went to battle—even though the trumpet was blown!

We may not fully know all about Germany’s space program, but we better beware of the nation’s secrecy. Germany can suddenly use its apparent peaceful military projects as a springboard into offensive warfare. The U.S. and Germany today are close allies and train together in various military exercises. Germany thus knows exactly how the U.S. military operates with its strength and weaknesses. Just a few strategic attacks on various satellites coupled with other cyberattacks could leave large parts of the U.S. military in confusion.

He understood Germany’s history of surprise attacks! … And this is the method of warfare they followed throughout World War ii! This happened repeatedly to Hitler’s enemy nations and even those who thought they were his friends! Daniel 8:23-25 state that deceit and surprise attacks by Germany will be even worse in World War iii!

History and current events warn us that Germany’s military activities need to be closely watched. Some dismiss this warning as fanatical. But failing to recognize Germany’s military ambition has caused the death of tens of millions in the past century. To understand why the Trumpet repeatedly warns of Germany, request a free copy of Nahum—An End-Time Prophecy for Germany. Our world longs for peace, but mankind fails to see that only God can bring such peace.