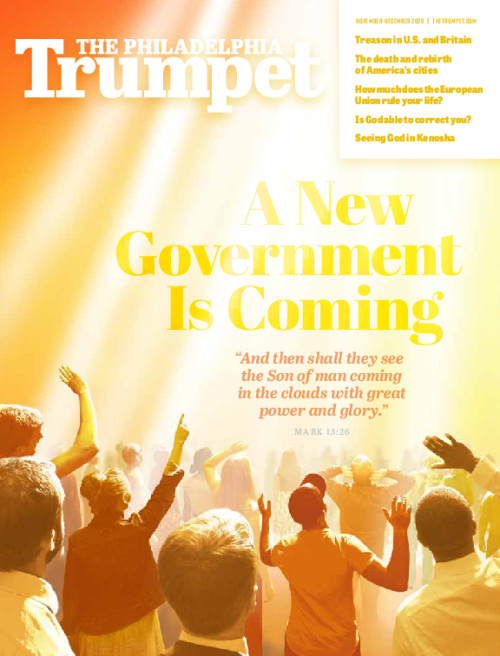 The documents also include instructions on how to talk to preschool children about the 13 guiding principles of Black Lives Matter, including “the disruption of Western nuclear family dynamics and a return to the ‘collective village’ that takes care of each other.” This means teaching children that the nuclear family model of a married man and woman raising children needs to be replaced with a new system in which children are collectively educated by the state.

Cullors is a self-described Marxist who received training from Eric Mann, a former member of the Weather Underground. Weather Underground was a Maoist terror group that committed murders and roughly two dozen bombings, including at the U.S. Capitol, the State Department and the Pentagon.

God delivered a warning to America’s ancestors about teaching their children: “Only take heed to thyself, and keep thy soul diligently, lest thou forget the things which thine eyes have seen, and lest they depart from thy heart all the days of thy life: but teach them thy sons, and thy sons’ sons” (Deuteronomy 4:9). American parents rejected God and the Bible many school years ago, and American children are now receiving education that is not only godless, but virulently anti-American as well.

An estimated 800 million people use TikTok, a popular video-sharing program. If you use this app, TikTok’s developer, ByteDance, has your age and phone number, your GPS location, your phone and social media contacts, your browsing history, and the messages you send and receive on the app. Since ByteDance is a technology company based in Beijing, China, this information is also most likely known to the ruling Chinese Communist Party.

On July 20, the United States House of Representatives voted to bar federal employees from downloading TikTok on government-issued devices. On August 6, President Donald Trump issued an executive order directing the Secretary of Commerce to come up with a list of TikTok transactions that should be banned.

Hosea 7:8-9 predicted that the modern descendants of ancient Israel would mix themselves with foreigners and foreign ideologies, which would subtly devour the nation’s strength. Chinese technological espionage tools like TikTok provide real-world, ongoing examples of how this can happen.

Erin O’Toole, a member of Canada’s Parliament, won the leadership race for the Conservative Party on August 24 with 57 percent of the vote. O’Toole has claimed he is a “true blue” conservative, yet he is closely affiliated with radical Islamists. His campaign chair, Walied Soliman, has connections to radical Islamists in the Muslim Brotherhood through an organization called the Muslim Association of Canada.

The Muslim Association of Canada was named in a Royal Canadian Mounted Police search warrant, which discovered it had sent nearly $300,000 to the International Relief Fund for the Afflicted and Needy (IRFAN-Canada). IRFAN-Canada was designated a terrorist organization in 2014 after funneling $14.6 million to Hamas-backed terrorists. Prior to being elected, Prime Minister Justin Trudeau spoke at an IRFAN-Canada sponsored event. Now it appears that conservatives are also trying to appeal to Islamists.

Leviticus 26 prophesies of the consequences modern Canada and other nations that descended from ancient Israel will face for failing to believe, obey and stand up for God’s law. This chapter prophesies that if our nations turn from God, they will lose the pride of their power, and terror will reign over them. Canada’s national leaders now find themselves seeking to cajole the nation’s enemies into loving it.