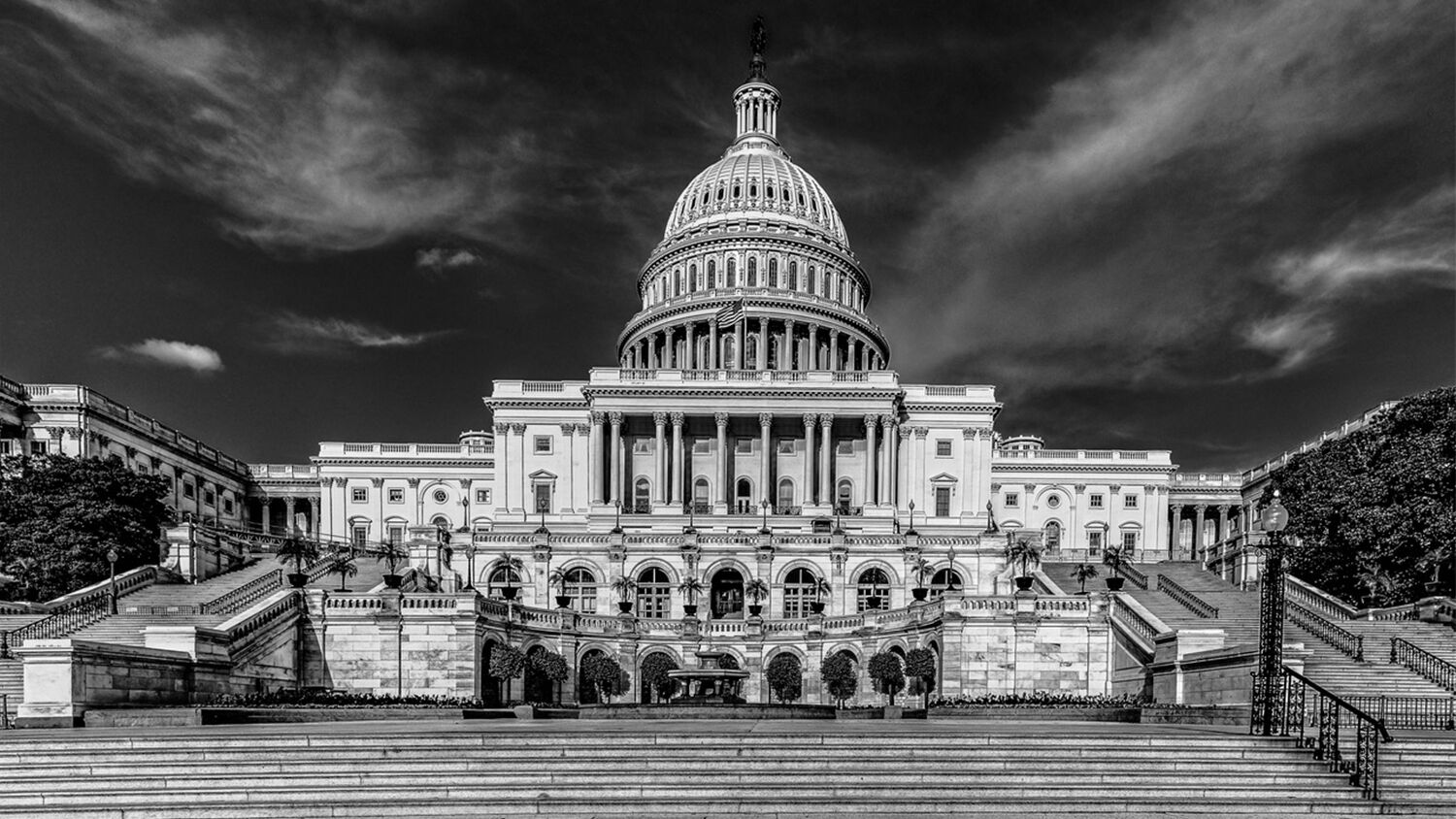 A multicolored kaleidoscope of signs waved in the autumn air this afternoon among a crowd of thousands covering the plaza below the West Front Steps of the Capitol building in Washington, D.C. Like most of the T-shirts worn by the crowd, most of the preprinted glossy signs were in flaming red, vivid yellow or bright blue.

“Now It’s Our Turn,” read hundreds of them. Others: “Born Like This,” “Proud About It,” “Making History,” “Tolerance Is Not Enough,” “Pass the Law,” “Text ‘BoysGirls’ to 906090,” “Down With Patriarchy,” “Free Boys and Girls” and “They’re Not Victims.” One hand-painted orange sign read: “Accept Fornicators, Adulterers and Homosexuals, But Not Us?” A large white banner held by three bearded demonstrators read: “Old enough to choose their gender. Old enough to choose their partner.” Some waved red, yellow and blue versions of the American flag. Many held shiny oversized novelty candies, large teddy bears or other toys.

The occasion of the rally is the imminent vote inside this building on the “Childhood Independence Act.” The bill is anticipated to win a clear majority in the House of Representatives, which votes tomorrow, and a smaller majority in the Senate, which votes next week. Its central provision is: “No parent or guardian shall contravene the manifest will of a child in matters of gender or of romantic relationships.” Or, as one set of yellow placards put it: “Parents Can’t Stop Us.”

Above the vibrant sea of primary-color signs, shirts and toys, the twin stairways of the Capitol displayed large canvas covers of magazines published by organizations in the global “children’s love” movement: Childhood Rights, Corriere del Pedoili, Le Petit Gredin, Magpie, Understanding Paedophilia and others. Above it all, surrounded by supporters behind the balustrade used during American presidential inaugurations, stood a microphone and Wil Thorsted.

It has been a long, hard road for Thorsted, president of the North American Man-Boy Love Association, and for organizations like his. But on this late September afternoon, he stood triumphant.

“They call me Thor,” he began as a roar of cheers broke out. “And I support pedophiles.”

Thorsted’s advocating the Childhood Independence Act was interrupted early on as the crowd shouted down and chanted “Trad!” against a reporter until he left the scene. It emerged later that the reporter had asked a girl in the crowd if her parents were in attendance. Thorsted built on the crowd’s aggressive energy.

“Moralists! Traditionalists! The orthodox, the self-righteous, the hateful,” Thorsted said. “The Christian. You said we were predators, criminals, abusers. You outlawed us. You persecuted us. You said the Bible was more important. Then you said ‘tradition’ was more important. Finally you said you would ‘tolerate’ us. Finally you said pedophiles can be ‘part of the conversation.’

“Not good enough! Pass this law!”

The cheer that erupted reverberated with tones of support, angst and defiance.

As the applause died down, Thorsted picked up the microphone and turned to the dozens seated behind him: largely founders, presidents and chair-individuals of the North American Man-Boy Love Association, Childhood Sensuality Circle, Supporting Our Youth, Campus Pride, Pedophile Information Exchange, Research Group for a Different Childhood, Children of Lesbians and Gays Everywhere, Human Rights Campaign, the National Black Justice Coalition, Fight OUT Loud, ACT UP, the Gay and Lesbian Victory Fund, the Gay and Lesbian Alliance Against Defamation, OutRight Action International, Gender Mosaic Group, Rainbow Sash, and the International Lesbian, Gay, Bisexual, Trans and Intersex Association, surrounded by dozens of young boys and girls.

The words had an unexpected wrathful tone.

“You shunned us. You ignored us. You distanced yourselves from us. And in private, you told us to wait, to suffer in silence. We wouldn’t fit into your strategy for years, for decades—until after you got yours.”

“I begged you!” The words echoed. Many in the vip section looked down at their feet.

Rising with indignation and verging on rage, Thorsted alternated between pointing at individuals on the dais and gesturing to the crowd below.

“When Netflix ran Cuties in 2020, half of you here said you were ‘outraged’! ‘This is where we draw the line’ you said! ‘Conservatives and liberals can agree that pedophiles are sick,’ you said. ‘A movie openly sexualizing 11-year-olds is criminal, wrong, evil.’ You said. It barely had any child nudity! Yet you joined in the hate speech against us.

“Evil according to what? Evil by whose authority? It wasn’t the movie that was wrong! It was the law! It wasn’t us. It was you!”

Aside from distant traffic and Thorsted’s echoing voice pumping through the massive sets of speakers, the Capitol plaza had fallen silent.

“It was 2020! It won Sundance, which was founded by a pedophile! But no, you were still bowing to some of that old Judeo-Christian bias, that archaic Holy Bible. You were still tolerating those same biblical commands that had restricted you. Traditions can be changed. Laws can be changed. You had already proven that. But for years you left us in the dark—and in prisons.”

Thorsted eventually turned the speech to praise those who had supported pedophile acceptance and rights, particularly entertainment executives. He especially praised the president of Netflix for turning the 2020 “Pedo-flix” insult into a publicity victory that led to a string of increasingly pro-pedophile documentaries, feature films, sitcoms, and other shows. Possibly reading from a prepared statement, he said:

“Your programming made pedophilia as fresh and modern as queer fashion, as historic and noble as the Greeks and the Samurai. Cuties was a moment to fight for, and you fought for it. Thanks to you and the other entertainment executives here today for all your work behind the scenes to influence viewers toward sexual liberation and experimentation, open marriages, homosexuality, transgenderism, and now—finally, finally—pedophilia.”

Thorsted named highlights in alternative sexual history: homosexuals rioting at Stonewall, early members of the North American Man-Boy Love Association including lgbt activist Harry Hay and poet Allen Ginsberg, the first political action committee to donate $100 million to the association, the first endorsement from an individual of Congress, the first adult-child sexual relationship in a children’s cartoon, the first American professional sports team to rename itself in recognition of a homosexual/pedophile theme, the first federal law lowering the age of sexual consent.

“But our work is not done,” Thorsted concluded. “We will pass this law. And we will go forward. We will break the bigotry of traditionalists and even of some in the lgbtqp+ alliance—and not just bigotry against pedophiles. Let’s extend tolerance to our friends in the incest and bestiality communities. Let’s have those conversations as well. This is the place. This is the time. Pass this law, here and now—or else. Ashamed of what America has been, let’s be proud of what it can be.

As thousands of red, yellow and blue balloons flew into the sky, Thorsted’s final words drowned in a massive roar from the crowd, which drowned in the jarring chords of “Love” by the Ian Xatkins Band blasting over the National Mall as far as the Lincoln Memorial.

Earlier in the day, Capitol Police blocked and relocated to a parking lot on the other side of an auxiliary Senate office building a small counterprotest of about 100 demonstrators. One middle-age man, however, was seen here at the Children’s Love rally, beside the Capitol Reflecting Pool. His face wet with tears and bearing an expression of bereavement that cannot be described, he held two signs. One, which had been thrown at him by a demonstrator, was upside down, resting on the sidewalk. Glossy red, it said, “Your Child: My Lover.” The other he held upright. It bore what appeared to be his own handwriting in black marker on a piece of white posterboard: “2 Peter 2:6.”

The reference is to a verse in the Bible, which in the King James Version reads, “And turning the cities of Sodom and Gomorrha into ashes condemned them with an overthrow, making them an ensample unto those that after should live ungodly.”

*Events and names of individuals are fictional. Names of organizations and publications are non-fictional.