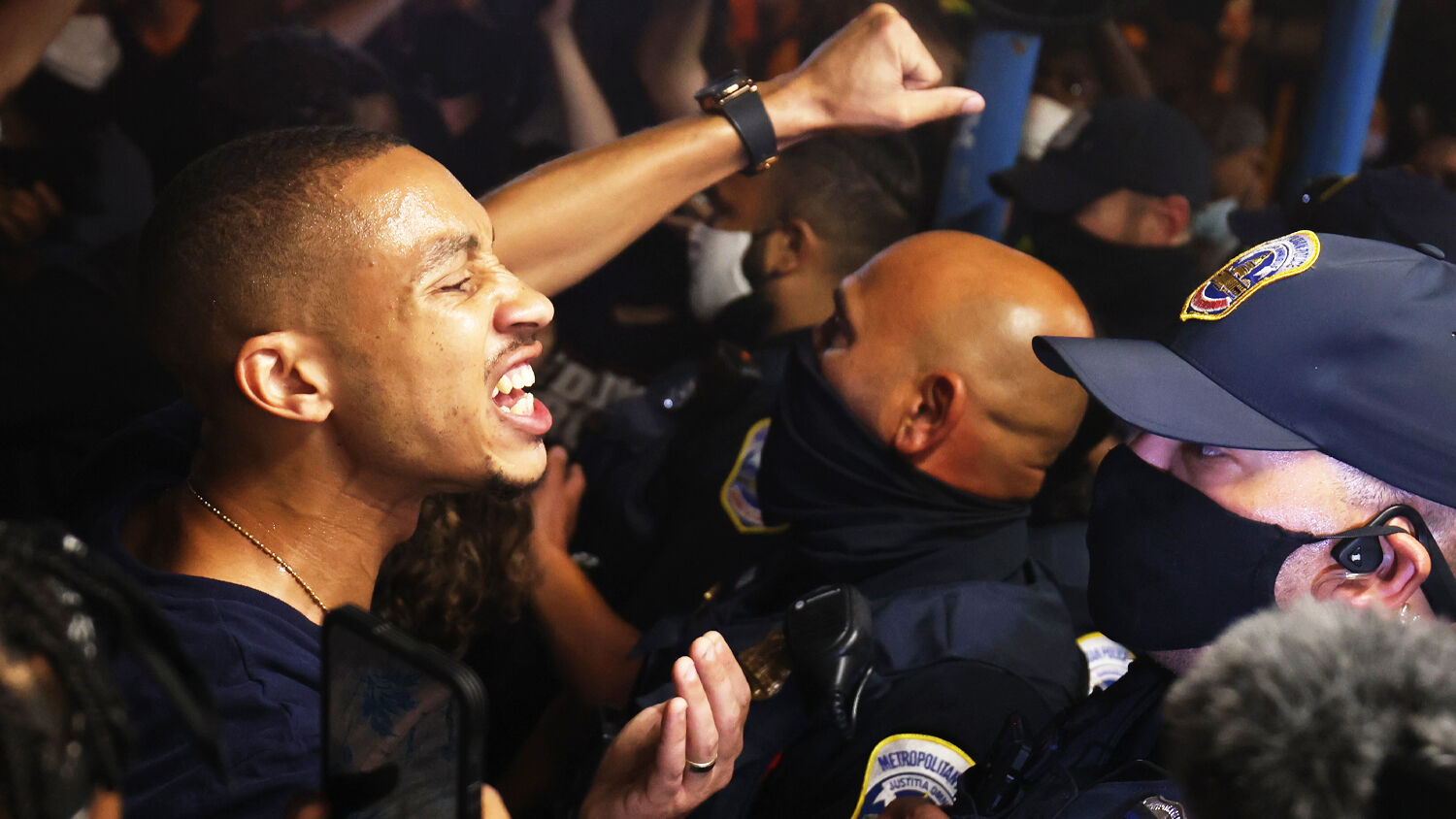 On September 14, radio commentator Rush Limbaugh made some remarks with powerful insight that every American should understand. “One of the things that I don’t think gets enough comments—and it didn’t at the time—is the racial division created in this country by Obama and the Obama administration,” he said. “And it was done purposefully. And it was a strategic part of implementing whatever aspect of the Obama agenda.” Limbaugh is absolutely right about this, and time has shown it to be true.

Limbaugh continued: “There were a lot of white Americans who are not racists; they’re not bigots; they don’t even know what white supremacy means, and this white privilege stuff. All they knew was they’re sick and tired of being called racist just because they’re white. They’re sick and tired of the country’s being labeled as racist. So they couldn’t wait to vote for Obama. They didn’t care if Obama was a Communist, a Marxist, or whatever he was. He was black, and so they were going to vote for him. The reason they were going to vote for him was so it could be proven that they were not racist and that the country isn’t racist. … They thought the fastest way to disprove those allegations was for America to elect an African-American president. Most powerful job in the world. And that’s what happened: America, with the support of untold millions of white voters, elected the first African-American president. … [He] could not have been elected with black-only votes. The first African-American president needed millions of white votes, and he got them.” Millions of people believed electing a black man would prove how much progress America has made with race relations. Not that it is perfect, but this should have eradicated the false idea that this nation is irredeemably racist.

The trouble is, leftists will never accept that assertion. In fact, they sought to use Mr. Obama’s election to divide the country even more!

How? “Very simple,” Limbaugh explained. “Any Obama proposal that was not universally agreed to and accepted by everybody was said to be racist.” So, whenever people criticized something President Obama did—even the very people who voted for him—they were labeled racist! “It was impermissible to criticize him; it was impermissible to criticize his policies. Imagine, folks, to not be able to criticize the president of the United States, the most powerful man in the country—to not be able, using the First Amendment, to criticize policies. You have to shut up, otherwise you’re a racist.” That was the plan, and leftists pushed it as hard as they could.

This diabolical strategy created even more racial division in America. And that is exactly what the left wanted! As a result, after eight years of an Obama presidency, our nation’s race problems are far worse! And that division is what led to Black Lives Matter and Antifa.

Those millions of white voters were trying to help end racial strife in this country. “They were trying to show that there isn’t racism in America—not like the left has claimed,” Limbaugh said. “They’d already made Oprah Winfrey the most popular and wealthy television performer in America. There were countless African-American athletes that were among the wealthiest athletes in America. And yet that didn’t matter. The charge still came that there was white supremacy, that there was white privilege, and that there was blatant racism everywhere. … After America going to that length to prove it’s not racist, look at what is being said about America today: that it is racist and it is bigoted, that there is white supremacy, that there is white privilege. And it’s worse than ever. We need reparations.”

Nobody can disprove this powerful insight! It is an unusually profound understanding of American politics today.

“So what went wrong?” Limbaugh asked. “After electing the first African-American, now it’s worse than ever in America. How do you explain that? … You know, it’s no small thing for a bunch of white people to band together to elect somebody on the basis of race so as to show that they’re not racists; that’s a big, big thing. And now it counts for nothing? … Now it’s almost as though it never happened? Now America is a worse racist nation than it’s ever been since the Civil War?”

Rush is an American patriot, but he cannot explain that. It is unparalleled evil in American politics!

You can explain that only if you understand Bible prophecy. Americans are dangerously ignorant of the Bible. They don’t know the Bible and they don’t know God!

Only God can reveal why this is happening in America. And He has done so. He has fully explained these evils in some mind-shattering Bible prophecies! (You can read about them in our free booklets America Under Attack and Great Again.) God is full of wrath because of our sins!

We have been explaining why this is happening for over 70 years—and it will grow far worse very quickly if we don’t heed God’s warning!

Many Americans are praying for God to save America. He has done that—temporarily. But that is only so He can give America and the world one final warning.

The people of America do not know God. And to this point, we don’t want to know God, or so it seems! God has explained explicitly what is happening—but this nation has turned its back on God and His Bible.

Jesus Christ’s return is “at the door”! He is going to save us in spite of our sins. However, that won’t happen until we have experienced the worst suffering ever on Earth!