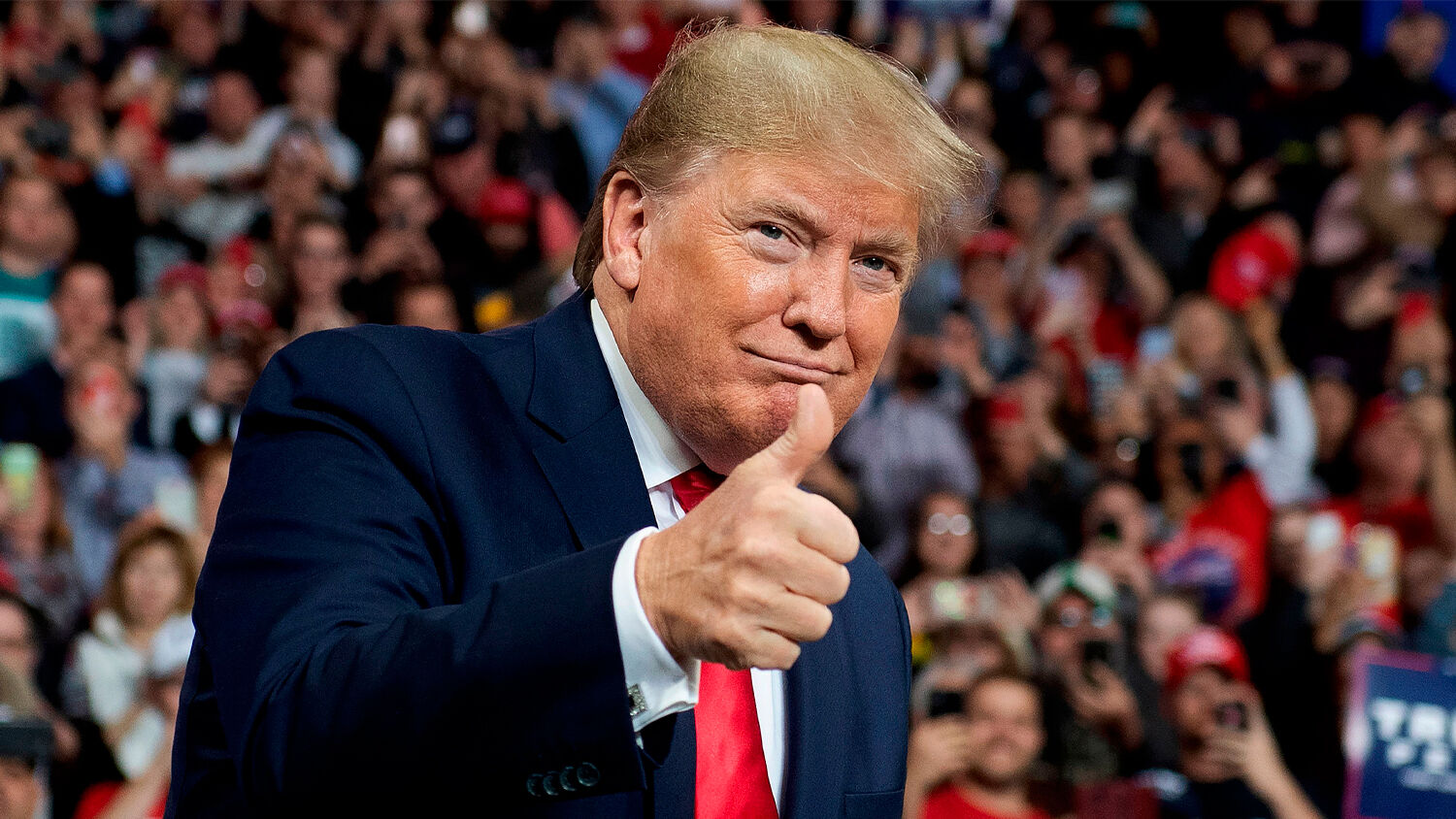 Let’s take a moment to look beyond covid news to some other major news events, especially in the Middle East. Today, the United Arab Emirates is scheduled to sign a peace accord with the Jewish state of Israel with United States President Donald Trump at the White House. President Trump’s helping broker this deal is what prompted a member of Norway’s parliament to nominate him for the Nobel Peace Prize last Wednesday. Then, on Friday, a member of Sweden’s parliament nominated him for a prize to recognize his help in brokering a peace deal between Kosovo and Serbia. Then, on the same day, President Trump announced that he is helping broker a third peace deal between Israel and another Arab state: Bahrain.

He also praised President Trump’s deals, saying they were not land-for-peace deals, but peace-for-peace. “All these agreements were reached through hard work behind the scenes for many years,” he said. “They have turned into reality with the very significant help of our friend, U.S. President Donald Trump, and I wish to thank him and his team for this very important assistance.”

Are you a little surprised you haven’t heard much about these peace agreements? Why is that?

In other words, Stop thinking about something besides covid!

What does this tell you about radical leftists like Speaker Pelosi?

“Democrats claim the whole world hates and disrespects Trump as much as they do,” a PJ Media commentator wrote. “Yet here he is racking up foreign-policy wins ….”

President Trump boldly called out the media hypocrisy yesterday at his campaign rally near Las Vegas, Nevada, pointing out that the three major television news networks, abc, cbs and nbc, devoted zero minutes of coverage to the fact that their nation’s president was nominated for the Nobel Peace Prize for brokering international peace deals.

What do writers and editors at the Atlantic think about the prospect of peace between Jews, Muslims and Christians in one of the world’s most volatile places? They would rather end the Nobel Peace Prize. (They made no such argument after the prize committee awarded it in to Israeli leaders and recognized terrorist Yasser Arafat, after they signed a peace agreement with President Bill Clinton.)

Leftists’ increasingly aggressive, decreasingly logical reactions are showing us more and more what their real motives are: Ignore facts that will get President Trump reelected; believe any “narratives” that will empower leftists.

President Trump’s son-in-law Jared Kushner is doing most of the heavy lifting in orchestrating these peace agreements. The New York Times framed him this way back in February 2017: “Can Jared Kushner, a 36-year-old real estate heir with no diplomatic experience, pull off peace in the Middle East?” If you know the Trumpet, you know that we are not saying he has “pulled off peace in the Middle East,” but it’s apparent that he has accomplished things that the New York Times would cover exhaustively—if he were a leftist.

It’s becoming more and more clear how leftist media and politicians hate President Trump for disrupting their power so much.

But what about the actual effect of these deals? Will these agreements—and any others to follow—“pull off peace in the Middle East”?

Israel’s back-to-back agreements to normalize ties with the United Arab Emirates and Bahrain, to be marked in a signing ceremony at the White House on Tuesday—and the much-buzzed-about possibility that other Arab nations could follow suit—are causing some Israelis to ask whether a deeper shift may, after years in the making, finally be underway in the Middle East. Could their country at last be gaining acceptance in the region as a legitimate member of the neighborhood?

A lot of people can see what is behind leftists’ spin on these peace deals. But almost nobody sees the truth about what the peace deals themselves are leading to.

Those who support the president, like one State Department veteran, say he is actually pulling it off. One said, “I think historians will look back on these two peace agreements as the beginning of the end of the Arab-Israeli conflict.”

If more peace deals are signed, and if people understand that they are not “a distraction” from covid, more people are going to think that America and Israel are actually extinguishing terrorism and war in the world’s oil well. We will see more “Peace in the Middle East!” headlines.

Here is how our Trumpet and Watch Jerusalem correspondent in Jerusalem, Brent Nagtegaal, wrote about this “embrace” between Arabs and Jews: “The United Arab Emirates and other Gulf nations are part of the anti-Iran alliance. In this regard, they find their goals aligning with those of Israel” (“Why the Arabs Embraced the Jews,” Philadelphia Trumpet, October 2020).

This is the key point to realize.

In an interview with Fox News over the weekend, President Trump said the biggest obstacle to signing the recent peace deals was former President Barack Obama’s Joint Comprehensive Plan of Action, which empowered Iran. He reminded the world of a deal Mr. Obama pushed through that, among other things, unfroze $150 billion in assets and paid Iran $1.8 billion, including a planeload of $400 million in cash.

And the key to understanding what these peace deals will lead to is not the spin from radical leftists, the spin from Trump supporters, or even the more objective viewpoints of good Middle East analysts. The key is Psalm 83:3-4: “They have taken crafty counsel against thy people, and consulted against thy hidden ones. They have said, Come, and let us cut them off from being a nation; that the name of Israel may be no more in remembrance.”

This Psalm 83 alliance is the end result of the peace deals Israel is signing and hoping to sign. But its purpose is not about giving Israel “acceptance in the region as a legitimate member of the neighborhood.”

“[A]lthough the Psalm 83 alliance may unite to counter Iran’s rise, the Bible reveals that its main purpose will be very different,” Nagtegaal wrote.

This is where these peace deals are leading!

Even without the deceptions that the leftists are perpetrating, world news is difficult to understand and impossible to predict. But the Creator of human beings has prophesied the future and reveals it to those He calls and who continue to believe and obey Him.

“But of the times and the seasons, brethren, ye have no need that I write unto you,” the Apostle Paul wrote in 1 Thessalonians 5:1-3. “For yourselves know perfectly that the day of the Lord so cometh as a thief in the night. For when they shall say, Peace and safety; then sudden destruction cometh upon them, as travail upon a woman with child; and they shall not escape.”

True Christians in God’s one true Church are informed about the really big news occurring around the world today and what is about to unfold, because God reveals it through Bible prophecy. On the other hand, Acts 1:7 shows that some specifics concerning “the times or the seasons” is known only to God. Matthew 24:36 is a good example: “But of that day and hour knoweth no man, no, not the angels of heaven, but my Father only.”

But God does want us to realize: When they shall say, Peace and safety; then sudden destruction comes upon them! God says, They shall not escape. He will suddenly intervene in world affairs. The Phillips translation states, “Catastrophe will sweep down upon them as suddenly and inescapably as birth pangs to a pregnant woman” (1 Thessalonians 5:3).

All this occurs at a time when people are saying, “Peace and safety!”

The world is and will be in ignorance and doubt of prophecies like Psalm 83, in disbelief of and disobedience toward God, His leader and His Church. It is in the dark.

“But ye, brethren, are not in darkness, that that day should overtake you as a thief” (verse 4). God has made His truth available in abundance to His one true Church. True Christians in God’s Church and those He may be calling, including a number of you who read this website, have access to His revelation. But travail is coming: Sudden destruction is coming on those who do not believe God and take action.

Romans 13:11 says: “And that, knowing the time, that now it is high time to awake out of sleep: for now is our salvation nearer than when we believed.”

Know God’s revealed truth, believe it, obey it and act on it, and as Proverbs 3:25 says, you can face the threat of deception, world war and even sudden destruction without fear.