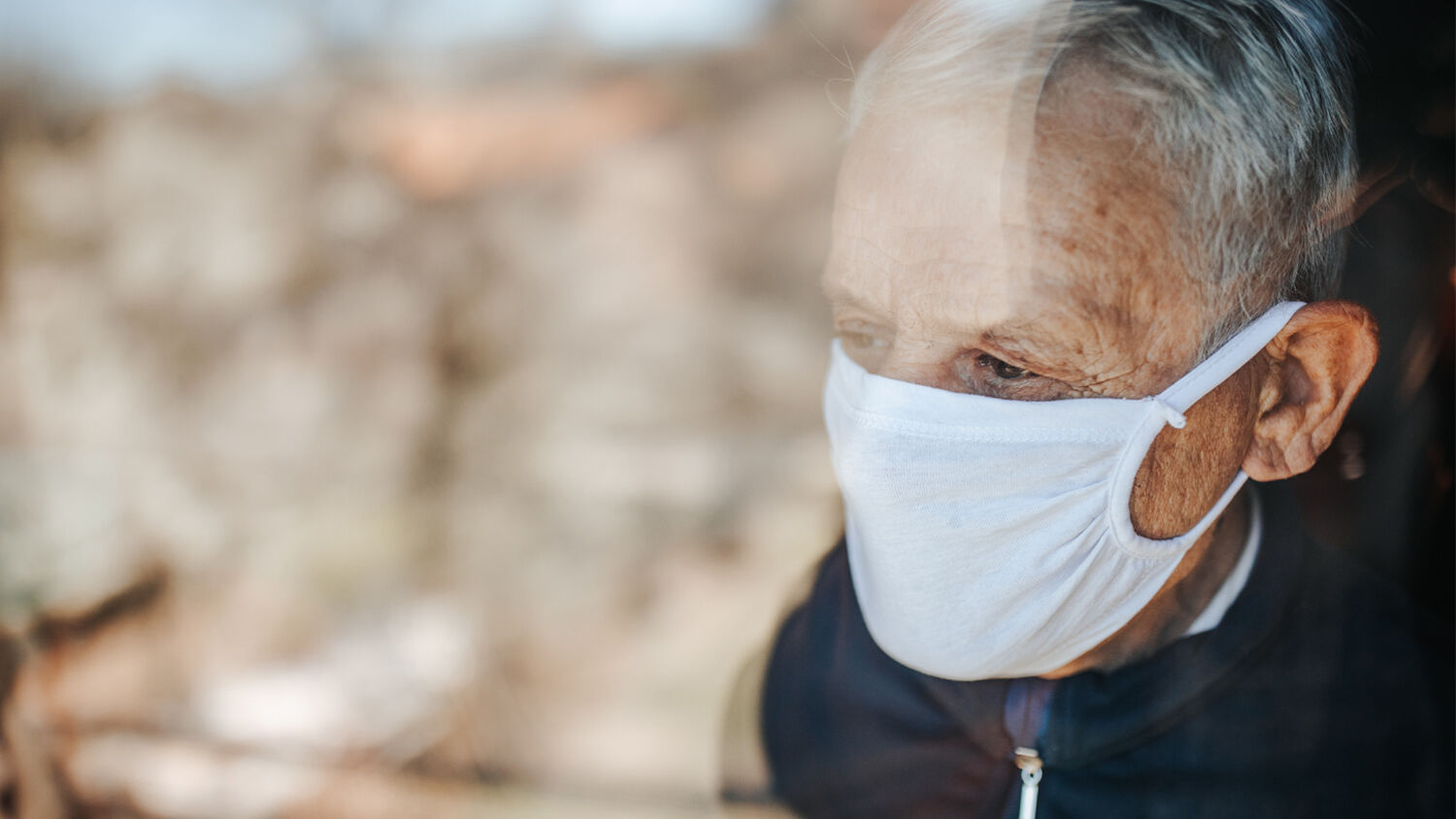 In a terror-stricken world, freedom is being sacrificed for safety.

An insidious disease is spreading across the globe. Authorities are struggling to contain the invisible enemy. Highly contagious and extremely deadly, this plague is reshaping the lives of men and women around the planet. When you turn on the tv, it is there. In your office, in your neighborhood—it has left no community untouched.

That disease is not coronavirus. It is fear.

Fear of the pandemic has spread faster than the virus itself. Fear of job loss. Fear of the unknown. Fear of educations suspended, families segregated, holidays canceled, businesses shuttered, homes quarantined.

Though a deadly terror to many, this coronavirus has been a boon to those seeking to hold the reigns of power.

Not to let a pandemic go to waste, authorities the world over have harnessed that fear to enact a massive power grab. Unelected officials have suddenly found themselves imbued with unprecedented authority. From local councils to congressmen, covid-19 has provided both the excuse and the impetus to seize more power.

In his August 24 episode of Tucker Carlson Tonight, Mr. Carlson saw the new powers being wielded by unelected officials and asked, “When do we get our country back?” As he pointed out, the original plan was for life to return to normal after the curve flattened. That curve has come—and gone.

Now it is all about a vaccine. Once a vaccine is found and implemented, normal life will be restored. Or so we are told. Mandatory vaccination has already been suggested, but even forced vaccination may not bring a return to normality.

Curves and vaccines mean nothing to the likes of World Health Organization Director General Tedros Adhanom, who said: “We will not, we cannot, go back to the way things were.” There will be no getting our country—or world—back. Certainly not if the elites have their say. Even if covid-19 goes, the fear is here to stay.

The political establishment has seen what fear can accomplish—what fear has given to them. And they will not relinquish it easily.

The Gift of Power

As George Orwell wrote in his dystopian novel 1984, “We know that no one ever seizes power with the intention of relinquishing it. Power is not a means; it is an end.” It is power, not an effort to stop the coronavirus, that many authorities have seized.

And many have become drunk on it. Who in 2019 could have predicted the geopolitical climate of 2020?

Never in their wildest dreams could politicians in South Africa have imagined they could deploy almost 70,000 troops to enforce lockdown measures. What unelected health official in Queensland, Australia, could have hoped to open or close national borders? What premier would dare to lock down a state? What about police using drones to hunt those nefarious bushwalkers in the United Kingdom’s Peak District or on the streets of Melbourne? What about Victorian police requesting—and being denied—the use of a military spy plane to track lockdown violators?

This is the power grab happening right now under the pretext of stopping the spread of coronavirus. And too many are letting it happen. We are trading public freedom for public health.

Living in Australia, it is shocking to see how many people go along with the restrictions. Take Melbourne, for example. After imposing some of the world’s toughest restrictions, Premier Daniel Andrews has extended the state of emergency for six months—imbuing himself and his chief health official with extraordinary power to arrest citizens and lock down the state. An 8 p.m. curfew is in place. Nonessential businesses are shut down. Residents cannot leave home except to buy groceries and essential items, or exercise. Yet the premier still enjoys more than 50 percent popularity!

Without derogating from Section 25, an authorized officer may, for the purpose of ensuring compliance with any direction under that section, remove a child from any premises, place, vehicle or vessel to a place of residence of the child or to a hospital or quarantine facility, as the authorized officer thinks fit (and may, in doing so, use such force as is reasonably necessary).

What about Western Australia, where the Public Health Act of 2016 allows authorities to enforce vaccination, medical examinations and treatments? Under Part 11 Section 158 of the WA Act is a section titled “Enforcement of requirement to undergo medical observation, medical examination.” It states that police can apprehend, detain, restrain and remove clothing. All so that the person can forcibly receive treatment, examination or vaccination.

In a climate of fear, these are the laws Australians—and many others around the world—are seemingly happy to allow.

In another dystopian novel, A Brave New World, author Aldous Huxley wrote, “A really efficient totalitarian state would be one in which the all-powerful executive of political bosses and their army of managers control a population of slaves who do not have to be coerced, because they love their servitude.”

While many may not love the lockdowns, they certainly see it as a necessity. How tragic it is that free citizens openly or passively support government-mandated house arrest!

An environment of fear breeds conformity. Obviously nobody wants to die, or be sick. People want the pandemic to be over. And so, with the mainstream media screaming fear in one ear, and the medical expert–prophets of doom in the other, it is little wonder people just accept the measures.

Fear encourages people to go along with the program. Just do as you are told. Don’t get in the way or kick up a fuss. Refusal will only make matters worse and drag the crisis out.

With few voices of dissent, who will check the power grab? It is in the best interest of the elites to keep people afraid. A fearful population is a compliant one. And what health officials would voluntarily be removed from the pedestal they now sit upon? Will they ever enact the sunset clauses built into these laws, or will the power grab be permanent?

What will prove to have the greater impact: coronavirus or the fear and panic it has spread? The fear is truly a plague of biblical proportions! And how ironic that the left—which disparages the Bible and religion—is promoting that climate of fear. They ought to read a few verses from those ancient texts. They might read a little about fear and why our nations seem stricken by it!

The Antidote to Fear

The Bible has a great deal to say about fear.

In the book of Leviticus, God told Moses to record what would happen to Israel if they disobeyed Him. Among the curses found in Leviticus 26 is the following: “I will even appoint over you terror …” (verse 16). That word terror is defined in Strong’s Concordance as “panic, destruction.” The modern-day descendants of ancient Israel now live throughout the Western world. (Request our free book The United States and Britain in Prophecy, by Herbert W. Armstrong, for proof.) We have long forgotten God, and as such we are reaping the curses, just as ancient Israel did.

Isn’t it clear that terror is appointed over us? In the very next verse, God warned that Israel would flee even when none pursues it! covid-19 has the death-rate of a bad flu season. Yet we flee before it. We shut our economies and hide in our homes!

These verses are prophecy being fulfilled before our eyes right now. There is a state of unjustified terror permeating our world.

The good news is that God provides the antidote to fear. Hope.

In ancient times, the Prophet Jeremiah received visions of terrible end-time events. It caused him some sleepless nights, but he found comfort by keeping the vision of what comes after! In Jeremiah 31:23-24, God’s prophet looks ahead to the Second Coming of Jesus Christ. And the result? “For I have satiated the weary soul, and I have replenished every sorrowful soul. Upon this I awaked, and beheld; and my sleep was sweet unto me.” Jeremiah had been losing sleep over the terrible prophecies, but looking beyond to Christ’s return was a great comfort. This gave him peace despite the fearful times and persecution he faced.

The Apostle Paul was inspired to write to the Hebrews of the “hope set before us” (Hebrews 6:18). In Trumpet editor in chief Gerald Flurry’s free booklet Hebrews: What Christ Is Doing Today is a subhead titled “Replacing Fear With Hope.” Mr. Flurry writes:

Paul is talking about a living hope! Lay hold of that! Do everything you can to make sure you have that in your life. Get a grip on it. There is no reason for us going around discouraged and beaten down. God says we need to work, study and pray to lay hold on this wonderful hope. Hope replaces fear.

If only our nations had a small iota of that living hope. How differently we might respond to the calamities facing our nations! And we can! If you haven’t already, consider ordering the aforementioned booklet. We need to stir up that living hope. We can have a relationship with our Maker and grasp the vision of where we are in His master plan. We can act on that hope! We can live our lives as Proverbs 28:1 states: “… the righteous are bold as a lion.”