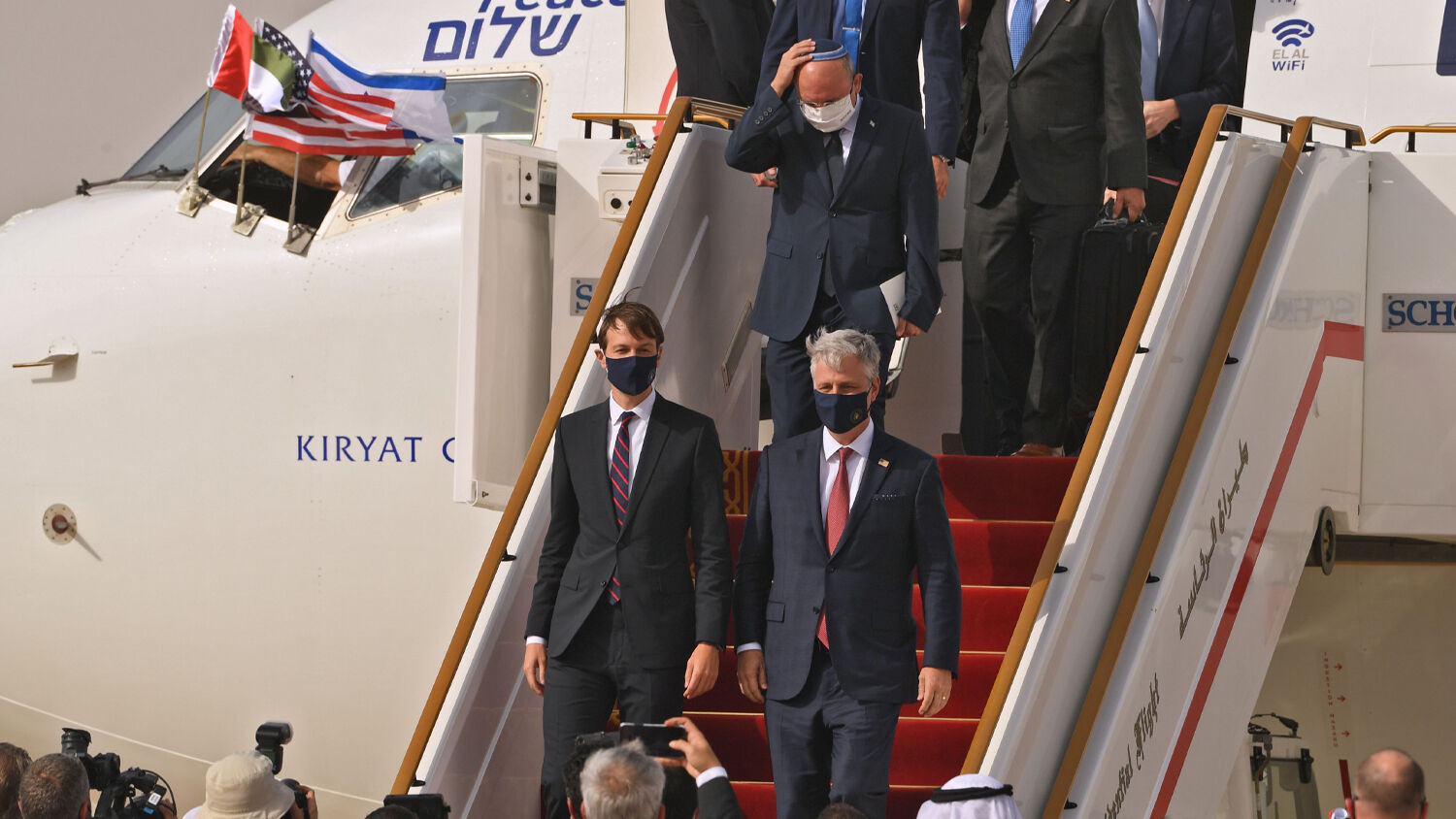 The peace deal facilitates cooperation between Israel and the Gulf states, but will it last?

This flight is part of the peace deal made two weeks ago after Israel and the U.A.E., in a phone call with United States President Donald Trump, agreed to full normalization of relations. This is the first peace treaty between Israel and an Arab country in 25 years.

Kushner said, “This is a very hopeful time, and I believe that so much peace and prosperity is possible in this region and around the world.”

“I prayed yesterday at the [Western] Wall that Muslims and Arabs from throughout the world will be watching this flight recognizing that we are all children of God and that the future does not have to be predetermined by the past,” he added.

Pilot Tal Becker told those assembled, “For the very first time, an Israeli-registered aircraft will overfly Saudi Arabia, and, after a nonstop flight from Israel, land in the United Arab Emirates. The duration of the flight with the shortened route over Saudi Arabia will be approximately 3 hours and 20 minutes, instead of what would have been more than 7 hours up to now.” He continued, “This will be another significant event in our history just as El Al was there when peace was signed between Jerusalem, Cairo and Amman. … Wishing us all salaam, peace and shalom.”

The Jerusalem Post reported that the Israeli delegation of high-level officials was headed by National Security Adviser Meir Ben-Shabbat.

Before boarding, Ben-Shabbat said that Israel’s goal for the trip is “to reach a joint work plan to promote ties in a broad range of areas,” including tourism, innovation, health and more.

The peace agreement includes establishing embassies and exchanging ambassadors, investments into Israel’s economy, trade, direct flights between Tel Aviv and Abu Dhabi, investment in Israeli efforts to develop a coronavirus vaccine, and cooperation in matters of energy and water, the Jerusalem Post reported.

Upon landing in the U.A.E., Ben-Shabbat and his Emirati counterpart, Sheikh Tahnoon bin Zayed, had a lengthy meeting. Israeli and U.A.E. officials also met for round-table discussions of possible opportunities for cooperation, often with an American facilitator.

One U.A.E. diplomat said she expects many locals to visit Israel when there are regular flights between the countries—many have expressed interest in seeing Jerusalem.

Netanyahu, in a press conference in Jerusalem, said peace with the United Arab Emirates will be a “warm peace.” He also commented on his feeling of “immense pride,” stating, “This is a new age in our history.” He invited a U.A.E. delegation to Israel to be “welcomed on a red carpet, as well.”

Many of the officials also commented on the possibility of new relationships opening up with other Arab countries. Kushner said that the flight was “a manifestation of what is possible in the Middle East. … We can take it as a sign. It’s an encouragement for this progress.” O’Brien expressed his hopes that this “will lead to other nations deciding it is in their best interests to normalize ties with Israel.” Suggesting Israel is in talks with other Arab states, Netanyahu said, “There are many things I cannot tell you, but I am sure you will find out in time.”

Kushner criticized the Palestinians for rejecting the Trump peace plan. On the tarmac in Abu Dhabi, Kushner said of the Palestinians: “When they are ready, the whole region wants to move forward, but they can’t be stuck in the past. … Peace and opportunity will be ready for them as soon as they are ready to embrace it.”

But as Brent Nagtegaal noted in “Why the Arabs Embraced the Jews,” there is great danger in warming ties between Israel and Arab states. Trumpet editor in chief Gerald Flurry forecast a quickly forming alliance between Arab states that are not aligned with Iran; this prophecy is found in Psalm 83. Israel currently finds itself as part of this security partnership and the warming ties that come with it. However, as that prophecy details, this anti-Iranian alliance will not always be so friendly to the Jewish state.

To make sense of Israel’s warming ties with the U.A.E. and other Arab states, please read “Why the Arabs Embraced the Jews.”