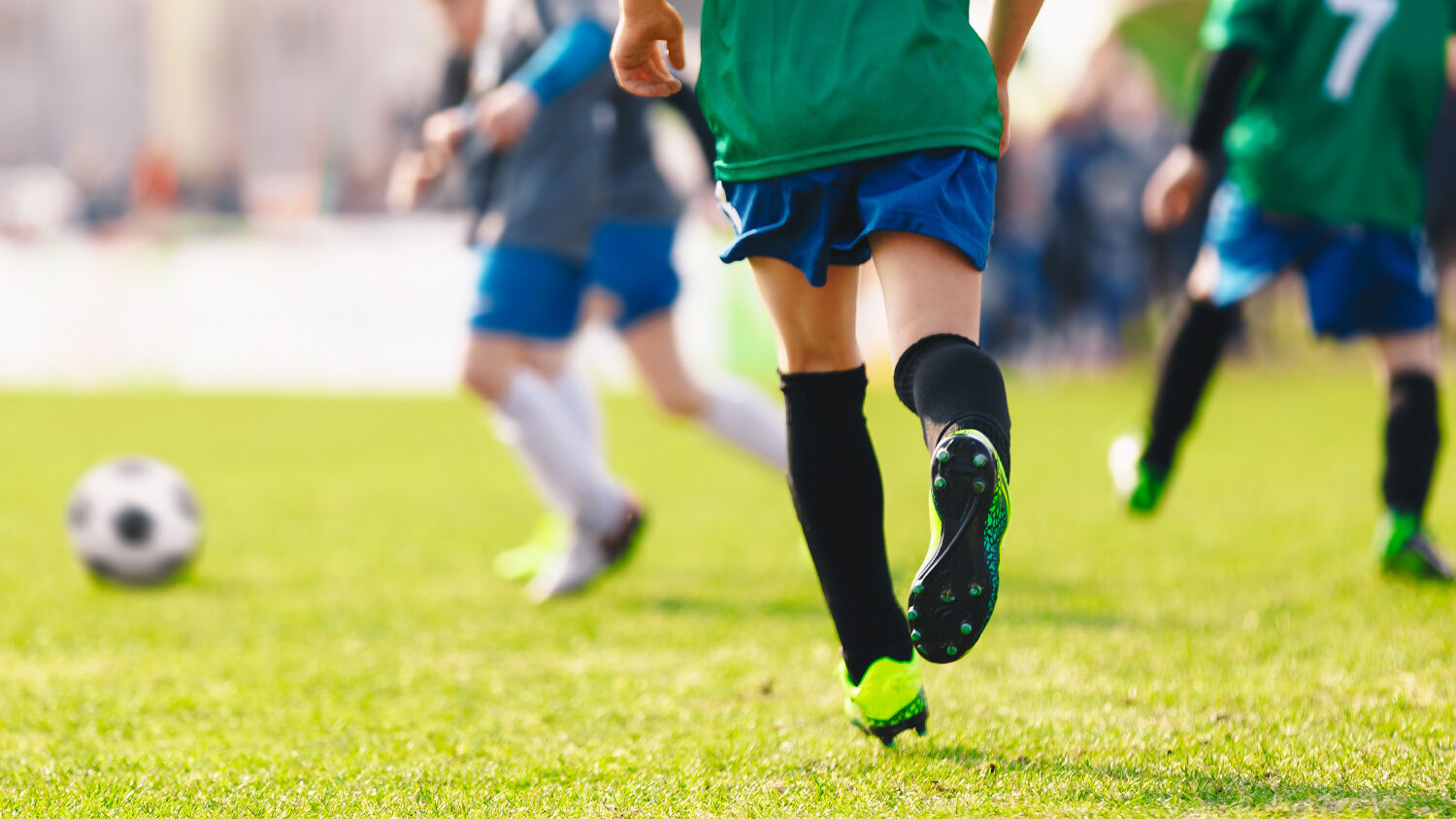 Should your child participate in youth sports? Yes! But there is a right way and a wrong way to go about it.

A well-structured and organized youth program can help your child develop his or her body and mind, learn new skills, practice good sportsmanship, and have fun. In the United States, about 40 million children participate in team sports.

But parents still must guide their children’s sportsmanship, skill-building and mental development, and physical health—and keep their overall approach to sports balanced.

When to Start Organized Sports

American childhood was once full of playing pick-up basketball, recreational baseball, playground soccer and other sports. Children played these unstructured games depending on the season; few of them began specializing in a sport until high school.

But neighborhood basketball, Little Leagues and town soccer associations are being replaced by club sports, travel teams, personal trainers, and off-season workouts. A 2017 article in Time magazine reported that about 55 percent of American children have been swept up by a youth sports economy that funnels them into specialized activities, “professionalizing” kids sports.

A report by Wintergreen Research values American youth sports at $19.6 billion, which astoundingly makes it bigger than Major League Baseball, the National Football League or the National Basketball Association.

Aspiring young athletes start as young as 5 or 6 years old. Training in pursuit of elite performance is relentless; the monetary requirement can be extreme, and a great deal of time must be invested traveling all over the state for games and tournaments. Parents must keep these demands in balance and in check.

National Health Statistics Reports found that about 2.7 million young athletes per year suffer injuries serious enough to be taken to a hospital emergency room. The New York Times reported in 2016 that injuries sustained due to aggressive play, repetitive motions or other rigors of practice and competition had risen 60 to 75 in 12 years.

Many experts say that kids should start competitive sports somewhere around 8 to 10 years old and avoid focusing on a single sport until they reach their teenage years. With year-round competitions, playing the same sport using the same muscle groups can produce injuries. By high school age, many youths have suffered chipped bones, torn elbow ligaments, cracked kneecaps and lower back damage. Christine Gorman wrote in a June 2005 Time article, “The constant repetition is particularly brutal on joints and growth plates—the areas of developing bone tissue that are the weakest parts of a child’s skeleton because they haven’t completely ossified.”

The American Academy of Pediatrics says that every year, more than 3.5 million children under age 14 suffer a sports-related injury. Half of all injuries sustained by middle and high school-age children are due to overuse.

Single-sport athletes are 73 to 90 percent more likely to be injured when compared to multiple-sport athletes. But is the risk worth it because specialization might lead to developing an elite athlete? Actually, no.

In his book Range: Why Generalists Triumph in a Specialized World, author David Epstein wrote that elite athletes typically tried out many sports and activities when they were young before they focused on just one.

The American Academy of Pediatrics gives the following recommendations for reducing the risk of overtraining and overuse injuries:

A large number of American kids today suffer terribly poor physical health. The U.S. Centers for Disease Control and Prevention notes that over the past 40 years, the percentage of overweight teenagers has quadrupled from 5 percent in 1980 to 20 percent in 2020. The importance of keeping your kids active is paramount, but you must maintain balance.

The lure of full scholarships and the dream of playing professionally tempts many parents to enter their children in an increasingly privatized and mercenary-like youth sports industry. But the reality is that only 2 percent of American high school athletes ever win ncaa college sports scholarships, each averaging only $11,000. Fewer than 2 percent of those athletes go on to play professionally (0.04 percent of high school athletes).

In the meantime, organized sports tend to drift toward an attitude of competition rather than cooperation. Like their adult counterparts, children often develop hostile, win-at-all-costs attitudes. Excessive pressure on young athletes is common, and it’s not unusual to hear parents or coaches negatively criticizing and belittling children for mistakes.

However, when sports are played in a right attitude of cooperation, they can be invigorating, enjoyable and constructive of virtues that will serve the child from youth into adulthood. Kids love making friends, being encouraged and challenged.

Whatever sports program(s) you choose to enter your child into, the end result should be to help him or her build the body, build character, develop sportsmanship and develop qualities that will be a benefit throughout life. That is the only sustainable approach to youth sports.