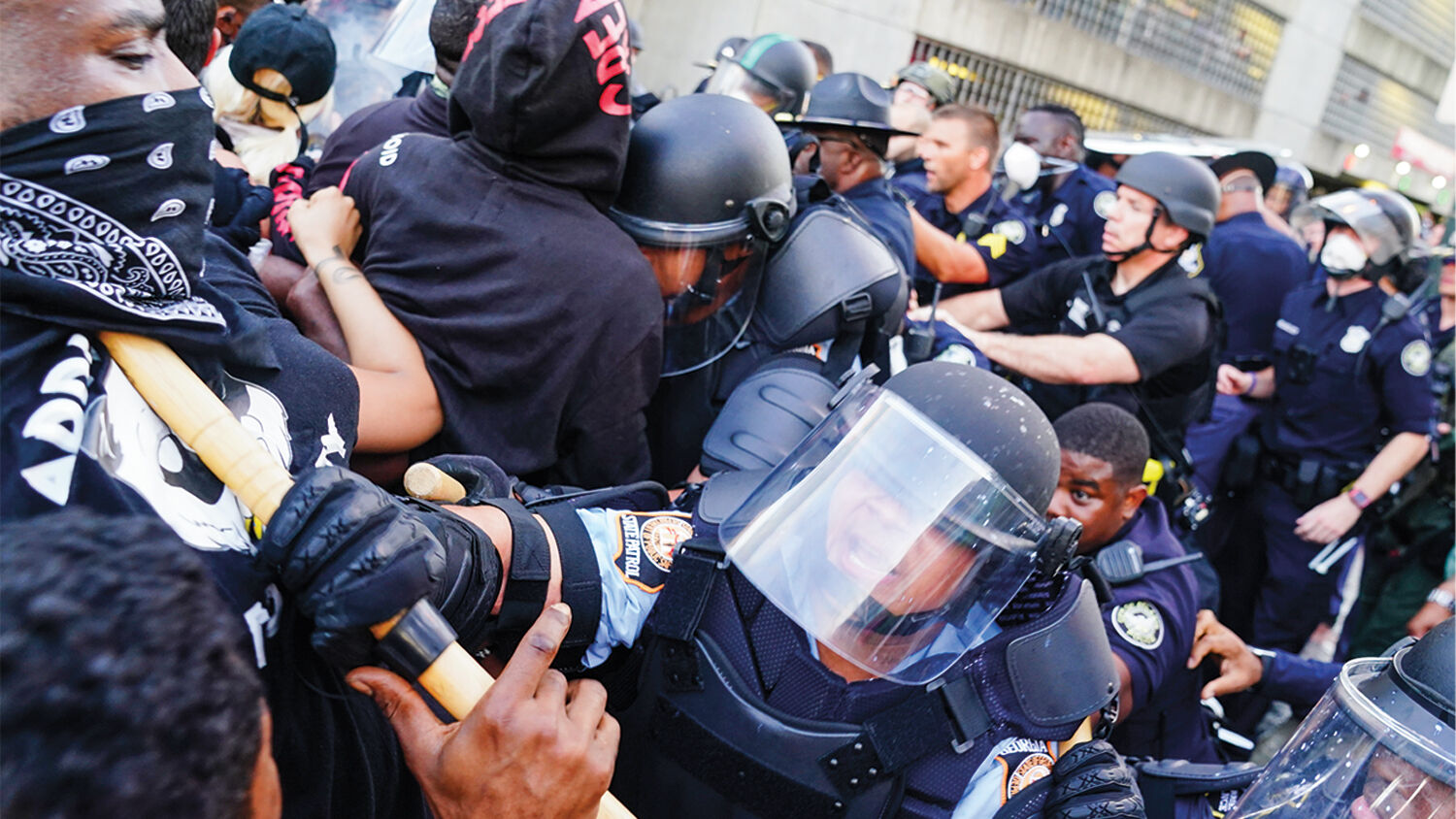 Is it unjust to prejudge people according to their race? Is it wrong for people in the street to exact vigilante-style “justice” on strangers? Is it wrong to prejudicially condemn people for the sins of their forefathers? Is it criminal to steal and destroy property? Until recently, we all agreed: Yes.

Not anymore. Journalists, commentators, professors, and even mayors, governors, and members of Congress—influential, powerful people—are excusing, defending and even encouraging racial hatred, arson, theft, assault and violence as legitimate forms of protest.

How long can society function if we cannot agree on these points?

America faces civil war. Some suspect it. Bible prophecy confirms it. One reason war is coming is that we are breaking a specific biblical principle of living: We are compromising with evil.

The violent racism and indiscriminate destruction in America today are obviously, dangerously evil. A short time ago, everyone knew that. But thanks to decades, even generations, of moral relativism, people have lost their sense of right and wrong. They cannot recognize evil even when it is lighting their own city on fire.

Unlike the moral standards of the left, which change from year to year, sometimes from moment to moment, our Creator gave us laws of right and wrong that never change. Evil is always evil.

The Bible says God is no respecter of persons. He evaluates based on character. He judges the heart, not the outward appearance, and holds everyone to the same unchanging standards. But many people have come to hold different groups to entirely different standards. They believe we must judge by appearance. They are hating people, they are beating people, because of skin color, and have convinced themselves this is just.

The Bible says every person is judged by his own works. God says if you commit a crime, that is your fault. You must take responsibility, or you will never repent and change. More and more people reject this foundational principle. They believe society is responsible for criminal behavior; people are committing crimes because society is racist. They say society is so corrupt, citizens are no longer accountable for defying the law and ruining communities. They don’t want to reform criminals, they want to incriminate society.

The Bible says you are not held guilty for something your father or grandfather or great-grandfather did (Ezekiel 18:20). But many people insist that some are guilty of sins committed more than five generations ago. Slavery has been illegal in the United States for more than 150 years, but they say that if you are white, you are to blame—it’s in your dna.

Examples of such irreconcilable differences are proliferating continually. The Bible (and common sense) show that family is a blessing, a crucial, stabilizing institution. But many people argue that family is a form of oppression that must be abolished. The Bible (and science) say your sex is determined by your biology and is a blessing to be used rightly. Many people flatly deny that.

On these basic facts of reality, there can be no compromise. There is no shared ground on which to build a harmonious, unified society. One side is right, and the other is deeply, dangerously wrong and always will be.

But even those who support individual responsibility, family, logic and reality still act like somehow they can reconcile this force of illogic, irresponsibility, instability, destruction and evil by accepting some of its demands. Yet every concession leads to more demands. Satisfying this movement is impossible. It is not reasonable or rational. It is purely a force of destruction and evil.

The Bible is absolutely clear about the existence of evil—and it warns not to try to accommodate it. It says to flee from it, resist it, fight it. If you do not, you will end up like America: overcome by evil.

The Apostle Paul writes about this profound point of godly living in 2 Corinthians 6. He is talking to Church members, but it applies universally. America is ignoring it at its peril: “Be ye not unequally yoked together with unbelievers: for what fellowship hath righteousness with unrighteousness? and what communion hath light with darkness?” (verses 14). God says thinking you can overcome evil by embracing it is a delusion. And the curses and division overwhelming America today vividly prove God right!

Verse 17 shows there are things God considers unclean and commands us not to even touch them. They are evil, God hates them, and He wants to protect you from them. He says in Psalm 97:10, “Ye that love the Lord, hate evil ….” Ignoring this command brings terrifying curses. Just look around. Learn the lesson of our collapsing nation.

Thankfully, God is going to use the suffering we are bringing on ourselves to teach us a lesson and ultimately to purify this nation. Conditions will get far worse before they get better, but God will ultimately save us. He is about to establish a world that tolerates no evil, that conquers evil with good! (Romans 12:21). Even those who fought for evil will have their eyes opened.

Learn this invaluable lesson today. Study God’s unchanging law (our booklet The Ten Commandments can help you). Use that absolute standard to come to recognize evil in the world around you—and in yourself. Don’t compromise with it. Repent, change, grow. Read our editor in chief’s booklet How to Be an Overcomer: Win Your War Against Sin, chock full of practical instruction on this crucial process. And do your personal part to overcome evil with good.