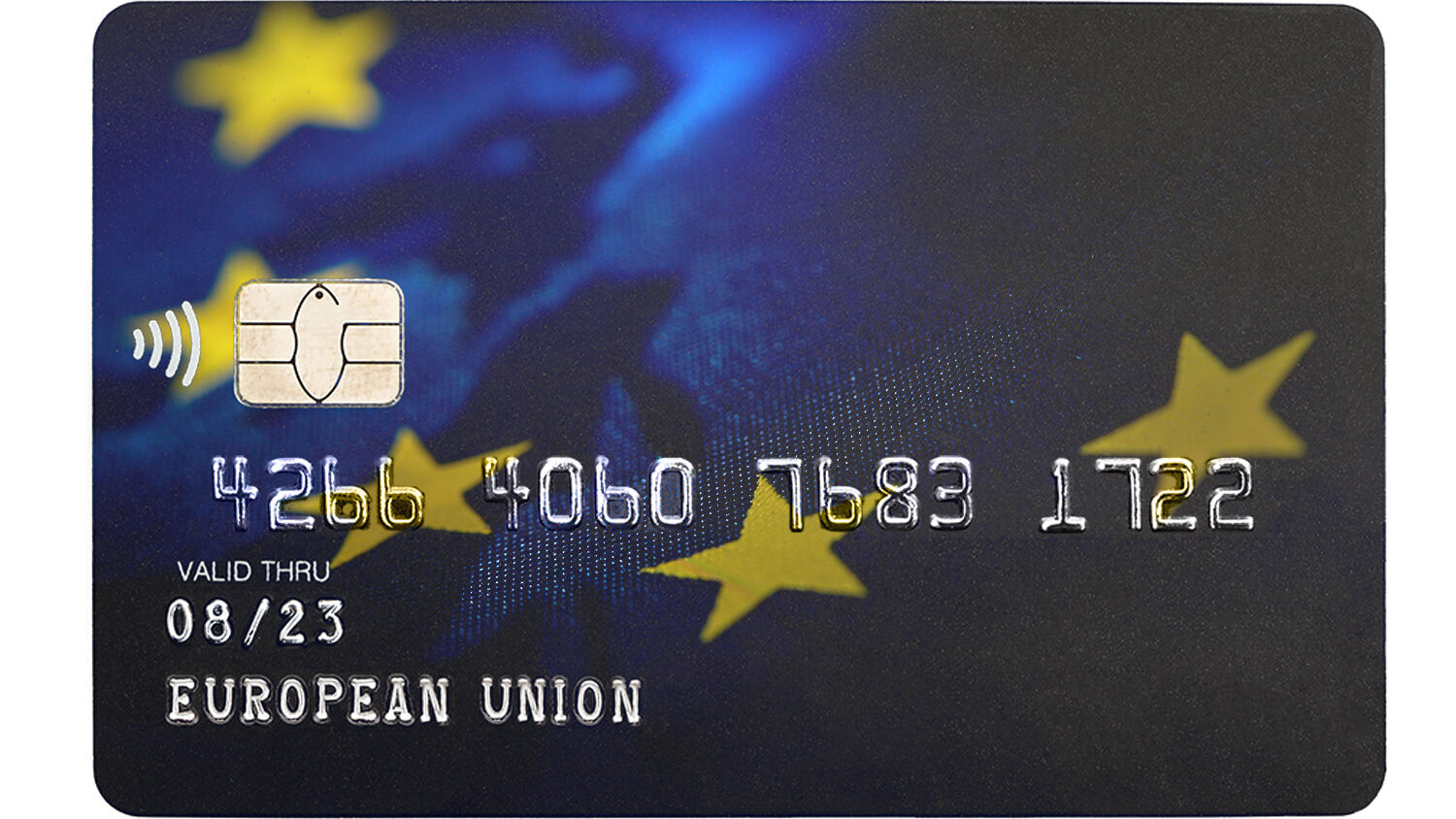 Did you know that the term “prime minister” began as an insult, not a job title? British politicians were concerned that the First Lord of the Treasury was amassing too much power, so they accused him of being the “prime minister.”

In the United States, the Funding Act of 1790 changed history. It provided that the debts of individual states would be shared and paid through the federal government. Had each state maintained full control of its own debts and income, the “United States” would have become a loose association more like the United Nations.

Decisions on finance determine the course of nations and of the world.

Another historic financial decision was made this summer by the European Union. The way it now handles debt puts this group of nations on the path to becoming a superstate—and fulfilling one of the Bible’s greatest prophecies!

After a grueling 90 hours of negotiations spanning five days and including heated insults among national leaders, EU officials agreed to a coronavirus bailout package on July 21. The result was a €750 billion (us$862 billion) bailout package. It is a large amount, but it is spread out over seven years and 19 countries and includes programs that were already in place. So the money itself will actually do little to help the EU recover from coronavirus.

But that does not mean it’s unimportant.

This fund contains one crucial change. For the first time ever, European leaders have allowed the EU as a whole to borrow money. An opaque, unelected body, the European Commission, will have its hands on the purse strings.

The EU will borrow money on the financial markets, then distribute €390 billion in grants and €360 billion in loans that must be repaid.

The idea is to help prop up European economies that are on the brink of catastrophe. Italy is one of the hardest hit. Coronavirus has shut down the tourism sector—which makes up 14 percent of the country’s economy. Add in the other economic effects of lockdown, and Italy faces disaster.

Even before the virus hit, Italy was struggling to stay afloat. It was one of the most indebted countries in the developed world—with debt 135 percent the size of its annual economic output.

Borrowing money to help its businesses through the lockdown was not much of an option for Italy. So it turned to the EU.

And the EU had little choice but to act. A complete economic collapse in Italy would hit the whole eurozone hard. This is simply the reality of sharing a currency.

Before coronavirus, Germany was strictly opposed to “debt mutualization,” or sharing debt among eurozone nations to create more borrowing opportunities during crises. Doing this means that Greece or Italy could spend money, and Germany would be responsible to help pay it off. If Germany is to share its national credit card, it wants to make sure other countries don’t use it to buy sports cars and luxury holidays.

But in May, German Chancellor Angela Merkel made a 180-degree turn on the subject. She began pushing for it, even against strenuous objections.

Europe’s leaders acknowledge this is a radical change by qualifying it with all sorts of language proclaiming it was a “one-off.” Of course, income tax was also supposed to be a one-off—in both America and in Britain—but it remains with us today. Once you break a taboo, you prove it can be done—and it is much easier to repeat.

The $247.5 billion Italy will receive in grants and loans won’t be enough to keep it afloat. The money will go to some eye-catching projects, like an earthquake-proof tunnel to Sicily, but it’s not really going help the government pay the bills. Instead, money printing by the European Central Bank is doing most of the heavy lifting on that front.

Once the threshold of shared debt is crossed, the other trappings of government soon follow. As the borrowing limit on this shared credit card grows, Europe will need some way to oversee the borrowing and spending. It will need a powerful central government.

Granted, this decision by the EU is not Europe’s “Hamiltonian moment.” It is not as wide-ranging as America’s debt sharing in 1790. The EU still has an uphill struggle before it reaches that point. But it is a momentous first step down that road.

The Telegraph’s Ambrose Evans-Pritchard called the bailout “an economic popgun—but a political howitzer,” identifying it as “a profound change in the structure and character of the European project” (July 21).

Power over the current, relatively meager level of EU funding rests with the European Commission, a group of unelected leaders appointed by national governments. Already possessing the power to make laws, they will now have the power to raise funds from the shared debt and the power of direct spending.

“Where else in the world does a single unelected body have the ‘right of initiative’ on legislation, and the executive powers of a proto-government, and the spending prerogatives of a parliament, all wrapped in one?” Evans-Pritchard asked. He warned that this power is “bordering on totalitarian in constitutional terms, mostly unchecked by meaningful parliamentary oversight.”

His most prescient characterization of the EU’s growing political power came in the form of one word: “caesaropapist.” This word connotes imperial Rome and papal decrees. A caesaropapacy is a political system with one leader ruling the empire and the church. Evans-Pritchard may have been likening the European Commission’s power to create and enforce fiscal policy to the power held by the emperors of Europe’s past. The Trumpet believes, however, that Europe will live up to this description literally.

There is going to be another Holy Roman Empire.

As Europe’s credit limit and overall governance grows, it will become even less democratic.

Bible prophecy says 10 European nations will unite under one strong leader, with religion as its unifying force. Based on these prophecies, Herbert W. Armstrong, the founder of our predecessor magazine the Plain Truth, wrote that European nations will “give all their military and monetary power to the central ruler over the 10—the coming European leader” (co-worker letter, Aug. 14, 1978).

Europe’s recovery fund won’t save it from a coming economic crisis. As Mr. Armstrong warned, an economic crash in America “could suddenly result in triggering European nations to unite as a new world power larger than either the Soviet Union or the U.S. That, in turn, could bring on the Great Tribulation suddenly” (co-worker letter, July 22, 1984). Another economic crash would push Europe further down the road to becoming a superstate.

Too Big Not to Fail?

European nations did not take this momentous step easily. The meeting was one of the most divisive in recent history.

Originally, the plan was for €500 billion in grants and €250 billion in loans. This met strong opposition from the Netherlands, Austria, Sweden, Denmark and Finland, making for what French President Emmanuel Macron described as “extremely tense moments” throughout the drawn-out negotiations. The summit was only 30 minutes shy of the record for the longest in EU history.

At one point during the meetings, German Chancellor Merkel and French President Macron got up and walked out together, showing solidarity with each other and resistance to their opponents who wanted a smaller bailout package.

This actually points to an important fact revealed in Bible prophecy. With 27 nations, the European Union is currently too big to function as a superstate. Even having 19 nations in the eurozone is an unwieldy arrangement. The Bible says the number of nations in the Union will decrease, which will actually enable its power to drastically increase.

As the EU’s credit limit rises and its central government (dominated by Germany) becomes more powerful, expect some EU countries to leave or be pushed out. This will produce a leaner, meaner, more consolidated European bloc that can be directed powerfully by “caesaropapist” rule.

“The coronavirus is hastening the arrival of the prophesied Holy Roman Empire,” wrote Trumpet editor in chief Gerald Flurry in the July Trumpet. “The Bible says 10 kings will rise in Europe in this end time, led by one overarching strongman. These kings will form the Holy Roman Empire. The coronavirus pandemic is helping usher in these 10 kings! We need to be thinking about these prophesied kings, who are rising now. … Many people have voiced fear that the recent crisis will destroy the European Union. But although it may look that way, Europe is in fact about to unite in a powerful way.”

Mr. Flurry called the consequences of coronavirus on Europe “[o]ne of the most important effects of the global panic over covid-19.” European nations crossing this economic and political threshold in response to the virus confirms that statement. The direction Europe is taking right now ties right in with Bible prophecy.

Understand these events, and it will help you see the next earthshaking empire rising in Europe!