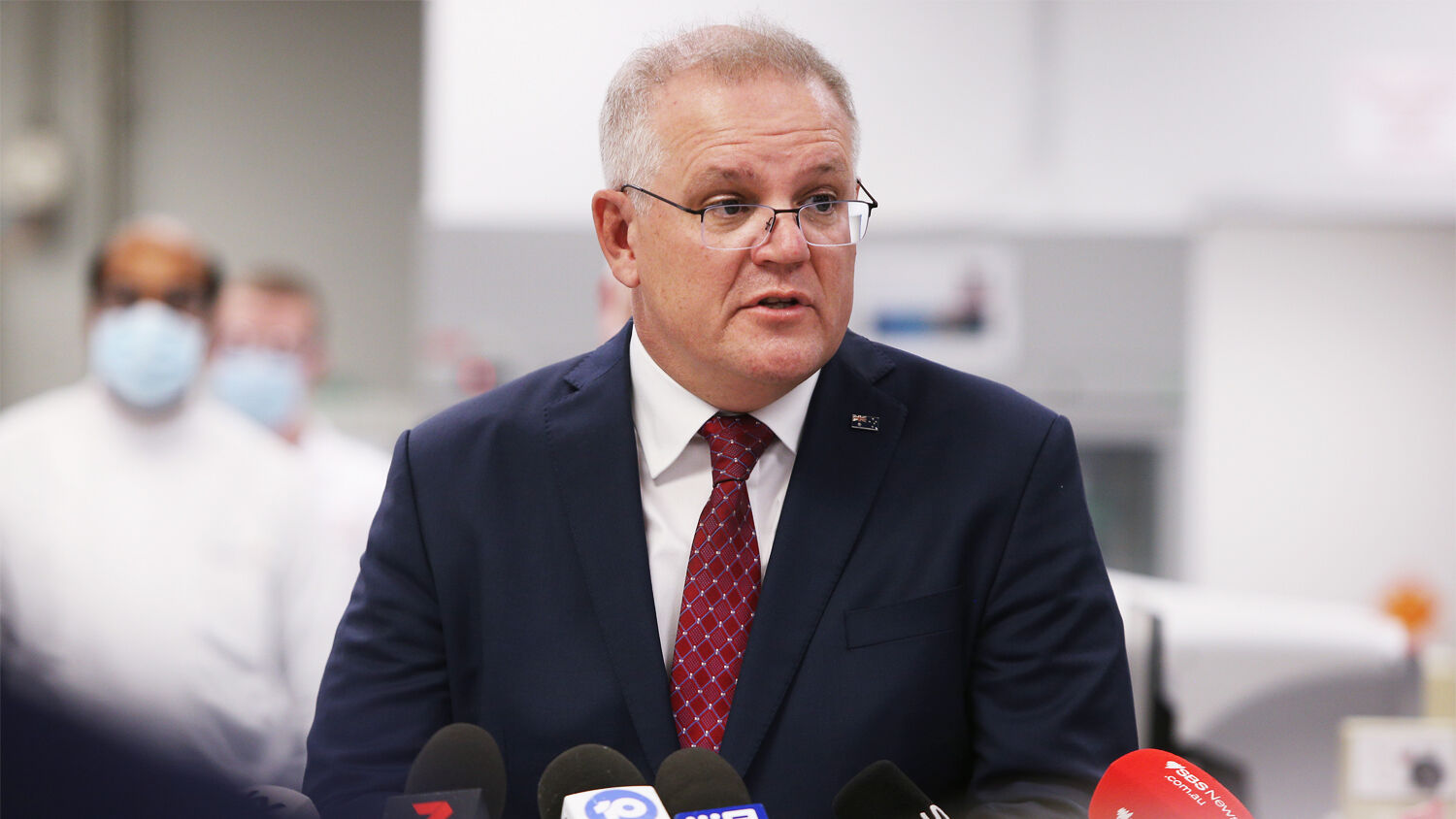 Australians may face mandatory vaccination if a coronavirus vaccine is found.

Prime Minister Scott Morrison announced Wednesday that his government had secured an international deal to produce a vaccine, if test results prove successful. Morrison set a target of 95 percent of the population being vaccinated. Such a number would leave no room for refusal.

“I would expect it to be as mandatory as you could possibly make it,” Morrison told a Melbourne radio host. “There are always exceptions for any vaccine on medical grounds, but that should be the only basis.”

The announcement drew instant support and criticism. There is a vocal anti-vaccination movement in Australia. According to leftist news outlets, such as the Daily Mail, “thousands of moronic anti-vaxxers” took to social media to protest the plan. Derision, scorn and contempt from the media and political elites are nothing new to such groups.

By Thursday—perhaps sensing a growing opposition to his extreme curtailing of civil liberty—Morrison walked back his comments. Taking to radio again, Mr. Morrison assured listeners, “It’s not going to be compulsory to have the vaccine. … There are no mechanisms for compulsory. … I mean, we can’t hold someone down and make them take it.”

This should prove little comfort to Australians. In an unguarded moment, the prime minister exposed his truly radical take on the coronavirus pandemic.

Stepping From Behind the Facade

The government has repeatedly maintained that the goal is to “flatten the curve” of covid-19. Yet aside from issuing massive job-seeker and job-keeper bailouts, the Morrison government has left the hands-on action to state premiers. The result has been months of closed borders, open borders, lockdowns, easing, reimpositions, bans, fines, threats, deadlines, proposals and sanitization stations.

Events like Wednesday’s radio interview are shining light on what the federal government would like to enforce.

Even Anthony Fauci has shied away from mandatory vaccination: “I don’t think you will ever see a mandating of a vaccine particularly for the general public. … If someone refuses the vaccine in the general public … you cannot force someone to take it.”

But the Morrison government may have found its loophole.

A Mandatory Sort of Unmandatory

The prime minister has already introduced the “no jab, no play, no jab, no pay” legislation. This requires children to be immunized in order to be enrolled in child care or to receive certain government benefits. For low-income or working parents, this makes vaccination all but mandatory. The same could happen with a covid-19 vaccine, but on a broader scale.

For instance, Federal Health Minister Greg Hunt warned last Wednesday that he would not rule out banning Australians from reentering the country without immunization. When pressed during the interview, Mr. Hunt stated, “I won’t go into specifics beyond what we already have, but we have strong immunization incentives, which bring some of the highest vaccination rates in the world.”

Hunt also made sure to fall back on the advice of health officials. If these unseen health officials suggested the non-immunized be banned from travel, restaurants, or public transport, then the government would consider it. As it is on the state level, these unelected “experts” have amassed sudden power to step on the freedoms of the average citizen. And all at the behest of radical politicians.

If you want to say no to the jab, that’s OK. You just can’t enjoy the freedom to eat out. So says the unelected “health expert.”

There is no room for conscientious objection in the minds of these people. What they say, you do. A very mandatory kind of unmandatory!

The Oxford Learner’s Dictionary defines “authoritarianism” as “the belief that people should obey authority and rules, even when these are unfair or even when this means the loss of personal freedom.” Some examples of freedom include international travel, going to your favorite restaurant, catching the train. Is Mr. Morrison’s suggestion of a vaccination “as mandatory as you could possibly make it” a step toward or away from authoritarianism?

Look at socialist leaders like Vermont Sen. Bernie Sanders. Rarely will such people call for full-blown government control of companies and means of production. Instead, they call for federal intervention and other actions that amount to federal control. The same can be said of the mandatory covid-19 vaccine. The government might claim it will never be mandatory. Instead, they will institute policies that make it all but impossible to avoid inoculation.

All the while, these experts mock and deride anyone who would offer a contrary opinion—secular or religious. Someone who objects to their decisions because of Bible-based beliefs is particularly scorned.

But if these “experts” would read the Bible—and that is a big if—they would read passages such as 2 Chronicles 36:16: “But they jeered at the Messengers of God and despised His Messages, and were disgusted at His Preachers, until the indignation of the Lord arose against His People without remedy” (Ferrar Fenton translation).

In ancient Israel, the situation was so bad that God had no other option but to punish the people. The same is true today—only much worse! In fact, throughout the Bible God warns that He will use plagues and many other curses to bring mankind to repentance and save man from himself.

As Trumpet editor in chief Gerald Flurry wrote in a February 2005 article, “The two hardest things in the world for people to do are, first, to admit they are wrong, and second, to believe God.”

If we don’t respond now, God will bring us to accept the reality of both in the extremely difficult times ahead!

These are dark prophecies when we look at them in the short term—but the good news is, they will work! God will succeed in bringing mankind to repentance. Glutted on their own failures, nations will give up their radical governments and lifestyle. Man will finally be humbled before his Creator.

God is offering us a better world—a better way of life. We don’t have to learn the hard way. But that hard way is upon us. Be sure to request Mr. Flurry’s free booklet Nuclear Armageddon Is ‘At the Door.’ Now is not the time to try circumventing God’s correction with vaccines. Now is the time to humbly turn to God in repentance. He has a solution to our current world. “For as the lightning cometh out of the east, and shineth even unto the west; so shall also the coming of the Son of man be” (Matthew 24:27).