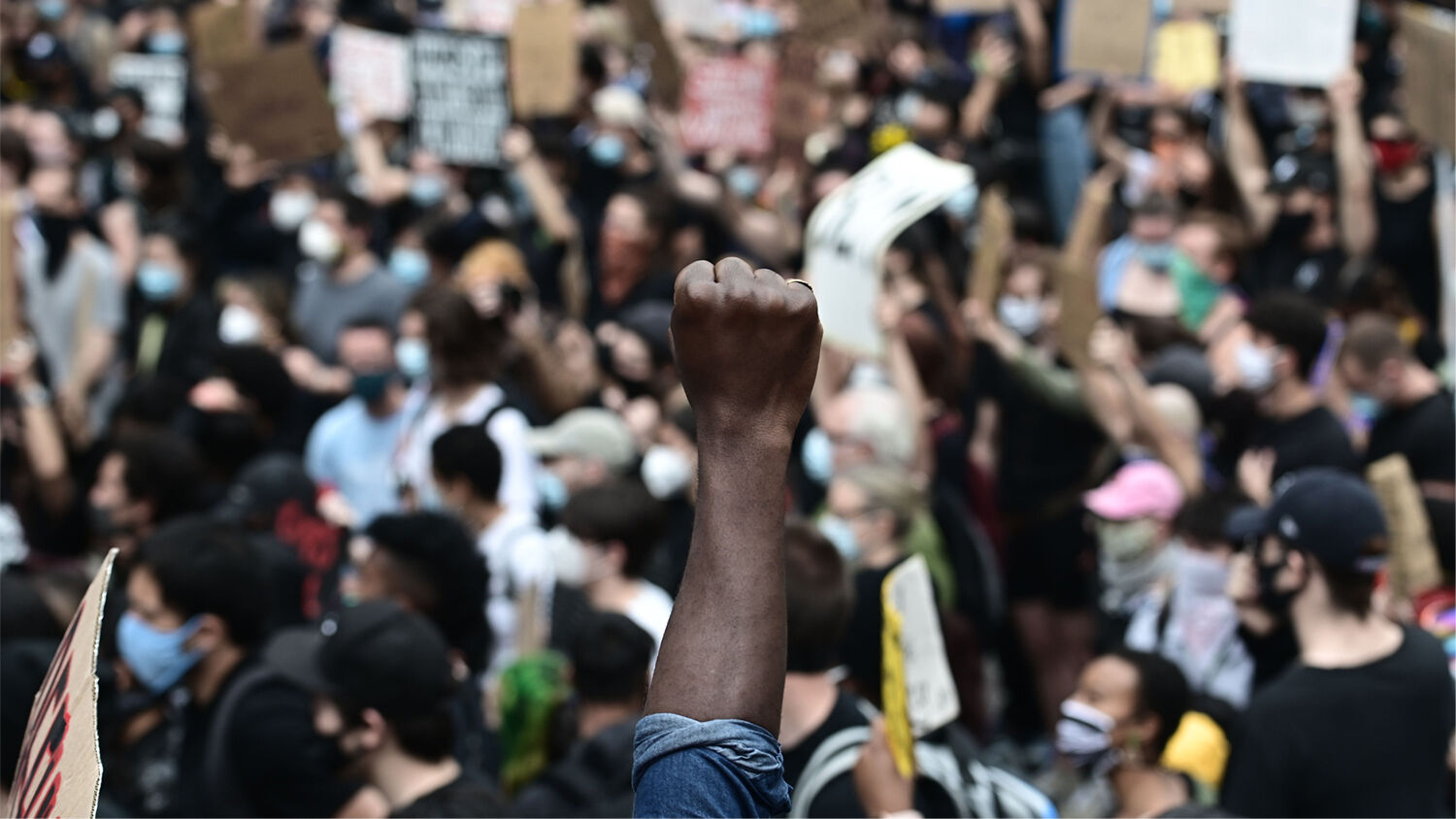 Race relations in America today are dangerously inflamed. The “solutions” being applied are making things dramatically worse. The only way to a peaceful solution is to view this issue spiritually.

God is not white! Nor is He black, or any other color. The Holy Bible tells us what “color” God is: He is radiantly bright, shining like the sun in full strength, with eyes like flames of fire!

This brilliant Being is above race. He is the Creator of the human race—including its varieties in color and physical features, just as He is the Maker of flowers and trees, fish and beasts in their splendid arrays.

Does the Creator regard one race as superior or inferior to any other race? Absolutely not! Scriptures say that God “hath made of one blood all nations of men.” “God is no respecter of persons: But in every nation he that feareth him, and worketh righteousness, is accepted with him.” God “will have all men [and women] to be saved, and to come unto the knowledge of the truth.”

Do you believe these words of your Bible?

Prejudice and bigotry are a sin against the Creator. Racism is sin—and sin always brings a penalty. That is true on all sides: Hatred of any race toward any other race, even one’s own race, will always produce problems. And this is far from being merely a modern curse. As historian Paul Johnson writes, “The historical evidence suggests that racism, in varying degrees, is ubiquitous in human societies, so much so that it might even be termed natural and inevitable.”

Natural and inevitable? Why? What is the cause?

In most places, the root cause is assumed to be the oppressive actions of the majority. This is a genuine problem, but it is not the whole story.

The underlying cause of evils, including racial evils, is human beings giving in to the pull of human nature. And human nature is common to all of us, of every color (request our free booklet Human Nature: What Is It?). The truth is that all have sinned and come short of the glory of God (Romans 3:23). We must all realize our guilt before the Creator of us all.

God doesn’t want any race to suffer at the hands of another race. He wants every race and every nation to live in peace and prosperity. And so they will, once He establishes His government, the soon-coming Kingdom of God.

But our world today is not governed by God. Scripture reveals that it is ruled by “the god of this world”—the adversary, Satan the devil, who “deceiveth the whole world.” That malevolent deception is on lamentable display all around us.

Sadly, as we speed toward the end of present civilization, Satan’s influence is growing, as evidenced by the intensifying race problems he inspires. Satan spreads lies. He stirs emotions and weaponizes them. He fixates people on slights and wrongs, both real and imagined, rather than on blessings and opportunities. He magnifies every grievance and injustice to inflame frustration, bitterness, envy, prejudice, competition, resentment of authority, vanity, lust, greed, anger, hatred, wrath and every other poisonous emotion he can—evils that always lead to violence.

Unrestrained emotion and undisciplined conduct are Satan-influenced human nature run amok! Satan the devil is the supreme racist—he hates all races, and is dividing them against one another to help accomplish his ultimate purpose of destroying the human race!

Under his influence, men are convinced they are pursuing the only solutions that will work. They are grievously deluded! Their plans will not yield peace. They will not produce prosperity for people of any race. These efforts to “solve injustice” are inflaming actual injustice and aggravating actual racism on both sides—all at the nation’s expense. They will bring only violence and war!

As the proverb says, “There is a way that seemeth right unto a man, but the end thereof are the ways of death”!

We must view these problems not as blacks or whites or people of any other color, but as children of God. See them as our Creator sees them!

The Bible promises that every injustice in the world will be corrected. Every man and woman will be judged, justly, by Almighty God. These problems will be solved—even within our generation.

But this will not happen until Satan’s influence is eliminated, human nature is changed, and people learn to stop hating one another!

If you feel wronged by prejudice and discrimination, God tells you: Don’t let resentment, bitterness and hatred come into your heart. That will not help the problem—but it will hurt you! Such emotions consume human character like cancer. They destroy anyone who harbors them.

Remember, God is the God of people of every color! Your race has nothing whatever to do with whether God will extend His promise of eternal life to you. That gift depends instead upon your repentance, your acceptance of Jesus Christ as your personal Savior, your receipt of God’s gift of the Holy Spirit, and your use of that gift to grow in the character of your Father.

But if, and as long as, we defy God’s laws, fail to trust Him to fight our battles, and take it upon ourselves to bring about our version of justice by force, then we will be denied every good thing we seek—both in this life and the life to come!

To trust in violence is to distrust God. We will never attain God’s Kingdom by using force contrary to God’s perfect law of love!

God is not deaf. He hears the cry of the oppressed. He heard the people of ancient Israel when they were enslaved by the Egyptians—and He did deliver them! But it was in His time, and in His way. We cannot dictate to the great God when and how He should deliver! We must leave that job to Him!

Will you trust God?

If you will, then His way—of living His way of love, of forbearance and forgiveness, of waiting on deliverance from Him rather than taking matters into your own hands—will make sense.