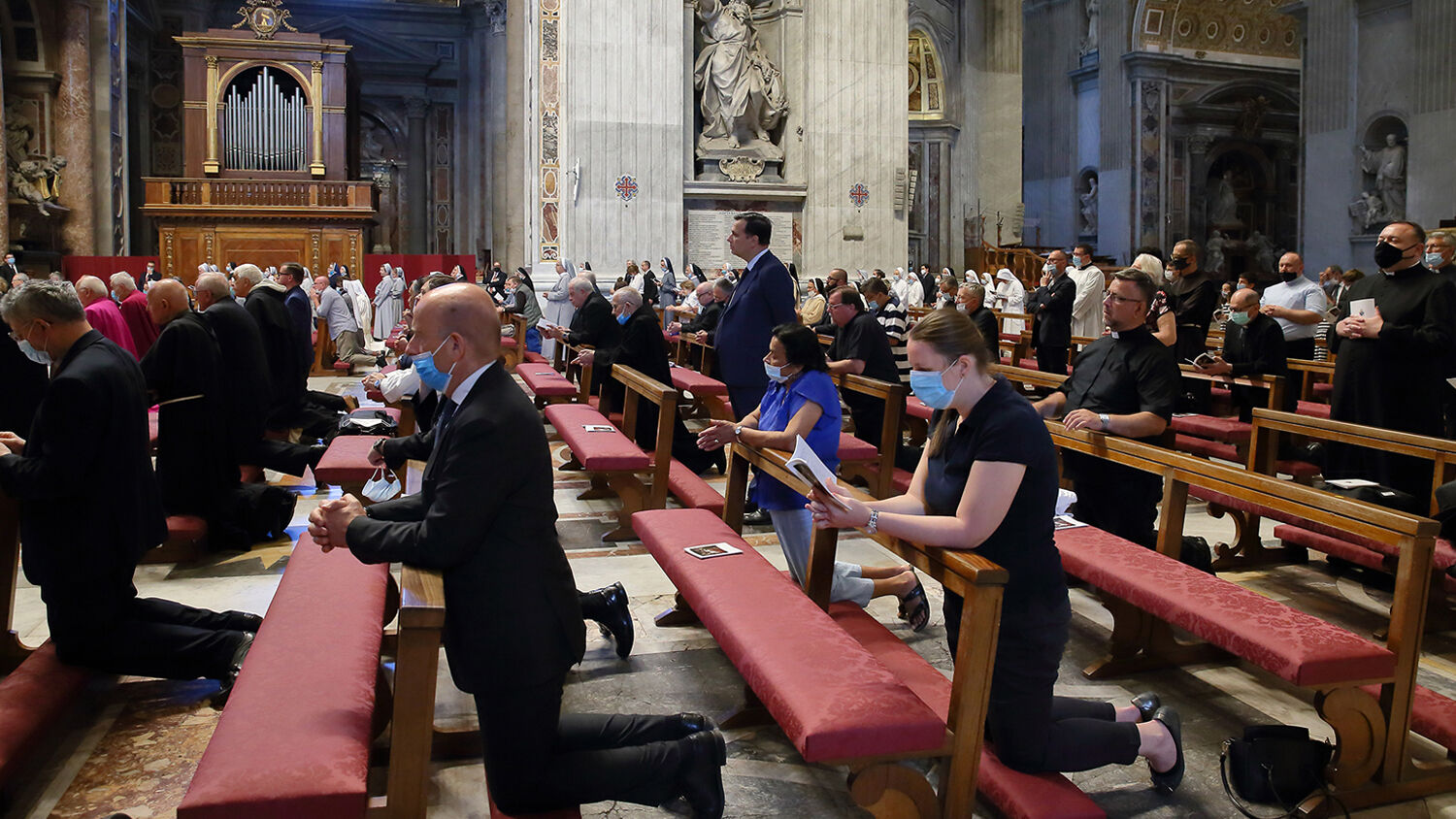 Some thought coronavirus would distance Italians from religion. Instead, it has done the opposite.

Milan’s State University released a study of religious activity among Italians during coronavirus on May 22. It followed the habits of 4,600 Italians between April 20 and May 15. What emerged was a clear indicator that times of crisis push Italians closer to the church, regardless of the fact that they were not able to be physically present.

Coronavirus compelled those who rarely attend mass to suddenly become religious. When lockdowns began, “the frequency of prayer and participation in religious services increased, although these could be attended only virtually,” said the report.

Since churches across Italy were closed in March, many speculated that the nation’s Catholics would become distanced from their church. However, the opposite has happened. Many now participate in mass from the comfort of their living rooms, and receive messages from their priest via social media or group chats. As a result, participation in religious services has gotten easier—and grown in popularity. Priests have been making more house calls than ever, especially for those infected by the virus.

The study found the greatest increase in prayer during the pandemic was among Catholics who attended church less than once a week. Of those who had been attending mass at least once a month, the number of those who began to pray every day increased by 16 percent.

Among “nominal Catholics,” those who identify as Catholic but do not regularly attend mass, the survey also found an 11 percent increase in prayer.

The religious lives of middle-aged and young people were more affected by the crisis than older people. Those under age 45 reported a 17 percent increase in mass participation, whereas little changed for those over 45. This shows that the younger segment of the country, though usually less religious, will still turn to religion for answers during an acute crisis.

The increase of religious activity increased in proportion to the perceived threat of coronavirus, especially if a family member was infected or died. As the threat subsided and restrictions eased, religious activity decreased again.

What is important to notice from this study is the effect a crisis can have on those who seem irreligious. When a disaster strikes, many Italians return to the source of the country’s shared cultural and moral values: the Catholic Church.

Italy’s history is intertwined with the Catholic Church to a degree most other nations in the West have never experienced. Church law has heavily influenced certain aspects of civil law. To this day, as Crux editor John L. Allen Jr. wrote, “the overlap between the two systems is considerable.”

The Trumpet has often drawn attention to this fact. “Many historians and analysts underestimate the role of the Roman Catholic Church in European history,” we wrote in our booklet He Was Right. “Many also underestimate the extent of the Vatican’s involvement in the affairs of Europe and European countries today.”

For decades, founder of the Plain Truth magazine Herbert W. Armstrong forecast a seventh and final resurrection of the Holy Roman Empire in Europe, united by the Vatican. He warned that a crisis, likely economic, would trigger its formation.

His prediction was based on specific Bible prophecies found in Revelation 13 and 17 (our free book The Holy Roman Empire in Prophecy makes this history and prophecy clear). In Daniel 2, more details about this final world-ruling empire emerge: It is to be like a mixture of iron and clay, “partly strong, and partly broken” (verse 42).

This is an apt description of today’s divided Europe. Currently, the Continent is divided nationally and culturally, and it faces controversial economic challenges. In order for it to become the unified and powerful seventh resurrection of the Holy Roman Empire the Bible describes, it needs a crisis, a unifying factor. The Bible makes clear that this unifying power will come from a shared religion.

Throughout Europe’s history, notably from the time of Charlemagne’s conquests of the Saxons onward, religion has been the primary unifying factor for otherwise separate and even warring groups of people. Mr. Armstrong wrote in August 1978:

Europeans want their own united military power! They know that a political union of Europe would produce a third major world power, as strong as either the United States or the ussr—possibly stronger! … But they well know there is but one possibility of union in Europe—and that is through the Vatican.

This may seem a dramatic and even impossible forecast. However, the religious revival during Italy’s coronavirus crisis shows that Europe can change rapidly when its people rally around a common unifying factor—religion. The history of the Holy Roman Empire has shown this over the centuries. And the Bible shows that religion will again play a key role in the final revival of this fearsome empire.

Coronavirus is helping to unify Europe. Trumpet editor in chief Gerald Flurry discussed this in his April 10 Key of David program. “Will the coronavirus usher in the deadly Holy Roman Empire?” he asked. He stated that the virus and related economic problems are “hastening that day” when a small group of European nations will unite into this prophesied alliance.

Watch “Coronavirus and the Holy Roman Empire” to understand what this crisis means for Europe’s future—and yours.