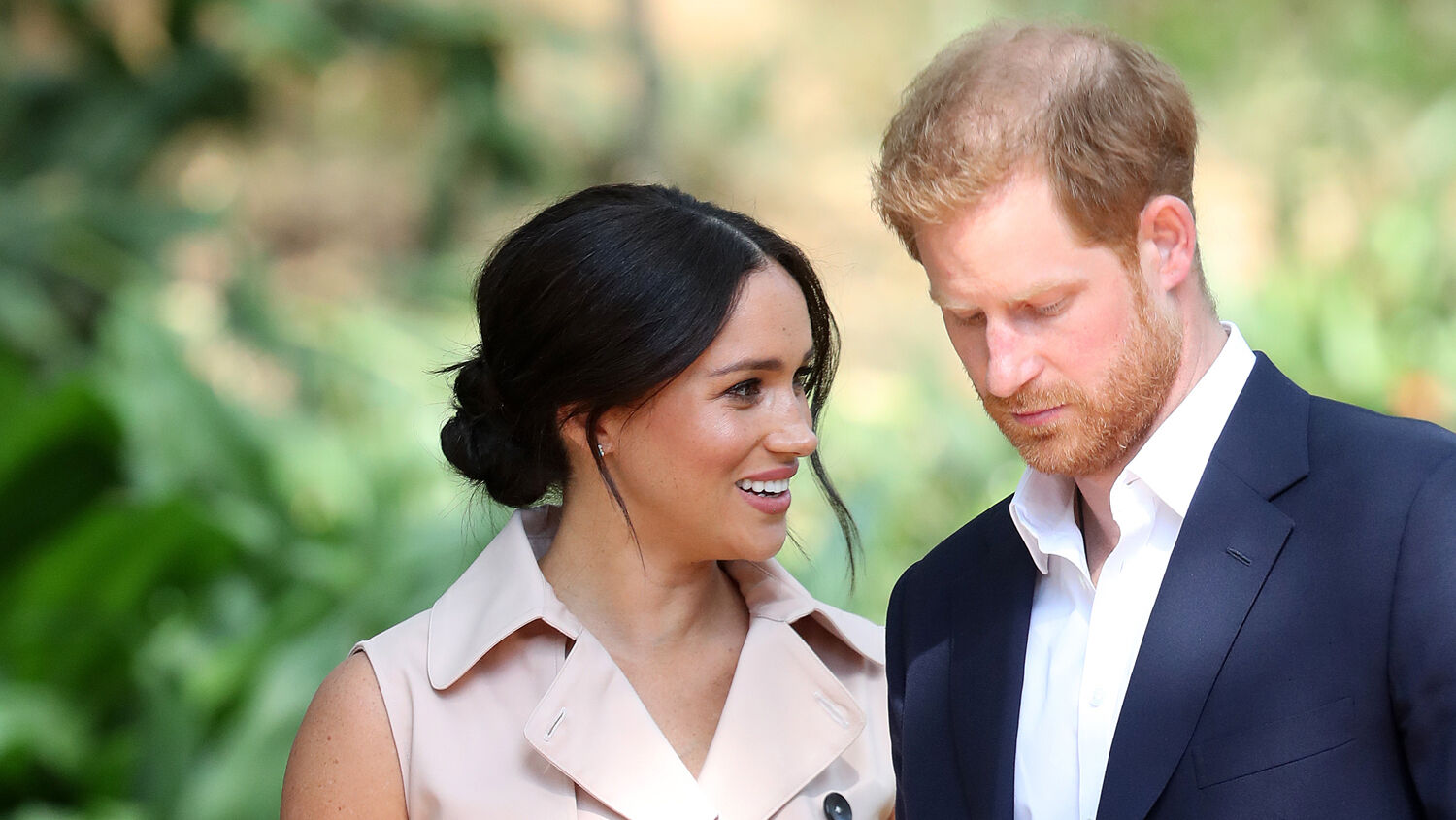 A new biography of Prince Harry indicates that the ex-royal feels victimized by his family.

Excerpts from Finding Freedom by Omid Scobie and Carolyn Durand were serialized in the Times over the weekend. It’s supposed to be a completely independent look at the prince and his family. But it’s full of intimate details: what the couple drank on their first date, private conversations between Harry and his brother, what Harry thought of Internet comments about him, the content of a FaceTime call Meghan made from the bathtub, etc. It’s hard to see all this coming from anyone other than the couple themselves.

The couple have also been quick to criticize and even sue the media when they believe their privacy has been invaded. But Harry and Meghan are silent on this. Finding Freedom is clearly Harry’s side of the story of his split from the royal family—and is seen as such by the media.

It paints the picture of a young man who believes the world—or at least his family—is against him. “The book is likely to make particularly hurtful reading for the Queen,” wrote the Times’s royal correspondent Roya Nikkhah. The royal family, she wrote, “come under heavy artillery fire in Finding Freedom, page after page.”

“Once this book is published next month, neither the prospect of a reconciliation nor the resumption of their royal life seems likely soon,” she wrote.

“What is wrong with Britain and the royal family?” asked Trumpet editor in chief Gerald Flurry in 2017. “This issue is far more important than people generally realize.” Today, that is more true than ever.

The divide began, according to the book, when Harry and Meghan’s relationship became more serious. Prince William was concerned things were moving too fast. “Don’t feel you need to rush this,” William reportedly told Harry. “Take as much time as you need to get to know this girl.”

Harry took offense to the phrase “this girl”—which he felt was snobbish. The biography informs us that Harry “had learnt not to make snap judgments about people based on their accent, education, ethnicity, class or profession.” The implication is that Prince William had not.

“He’s extremely protective of Meghan,” the book claims a close friend said. “He understands that a lot of people are against them.”

The book paints Kate, the duchess of Cambridge, as one of those people—because she had failed to “reach out” to Meghan.

“Harry’s feelings of indignation towards his brother in the book are palpable,” wrote Nikkhah.

This sense of victimization continued after the couple married. The biography states that “Harry and Meghan were already propelling the monarchy to new heights around the world.” Other members of the royal family, or at least their courtiers, were getting jealous and believed that “the global interest in and popularity of the Sussexes needed to be reined in.”

“[T]he establishment feared their popularity might eclipse that of the royal family,” the biography states.

And so, the couple felt they had to escape the royal family in order to get away from the “men in grey suites” who were out to get them.

The book quotes an anonymous source saying that Harry “feels that there were so many occasions when the institution and his family could have helped them, stood up for them, backed them up, and never did.”

As the two separated from the United Kingdom, the book makes clear that Harry and Meghan felt they were being treated unfairly. Harry was stripped of his honorary military positions. “It was so unnecessary,” Meghan reportedly told a friend later. “And it’s not just taking something away from him; it’s also that entire military veteran community. You can see how much he means to them, too. So why? The powers [of the institution] are unfortunately greater than me.”

Throughout the transition “he had lost respect for parts of the institution, and even certain family members at points,” claims the book, though it added that “the Queen was still one of the most important women in his life.”

The book says the couple felt mistreated at one of their final royal engagements—the Commonwealth service at Westminster. After the service, Meghan left for Canada. A friend told the authors, “At that point, she couldn’t imagine wanting to set a foot back into anything royal again.”

The biography says that this victimization was largely a result of sexism and racism. “Meghan felt as though some of the commentary and tabloid stories were more than a culture clash; they were sexist and prejudiced,” it states.

“Racism takes a different form in the UK from in America, but there is no mistaking its existence and how ingrained it is,” it states. Headlines like “Memo to Meghan: We Brits Prefer True Royalty to Fashion Royalty” are, according to the book, unmistakable proof of racism.

Harry, the biography made clear, looked at everything through the lens of race: “When he first started seeing her, Harry, sensitive to even the slightest hint of prejudice, had fallouts within his own circle. When some questioned his new relationship, and whether she was suitable, he would wonder, ‘Is this about race? Is it snobbery?’ An old friend of Harry’s spent an afternoon gossiping about Meghan, making disparaging remarks about her Hollywood background. Word got back to Harry, and the prince immediately cut him off.”

Joanna Williams wrote at the Spectator that “every encounter is deemed to be an expression of deep-rooted racism. Relationships cannot survive such scrutiny. Loyalty to family, monarchy and country is jettisoned in the desire to expose every awkward glance and clumsy phrase.”

“Finding Freedom suggests that Harry and Meghan are a thin-skinned couple prepared to sell out close family members in the name of settling petty gripes and grievances,” she wrote.

Angela Levin, a royal biographer, described a change in Harry over the last few years. “I was given generous access to follow Prince Harry on his engagements for more than a year in 2018,” she wrote. “He is charismatic and, like his mother, wears his heart on his sleeve, which meant that it was always easy to guess his mood. … Less than a year on, however, I witnessed this warm young prince morph into a nervy, tense man who seems constantly on edge. It is as if the dark side that we had only had glimpses of previously, have fully enveloped him. It is ironic that the book quotes Harry bemoaning the state of society, asking, ‘Where is the positivity? Why is everyone so miserable and angry’—for these are surely questions he must ask of himself.”

Herbert W. Armstrong showed in his book The United States and Britain in Prophecy that Britain’s royal family is descended from King David of ancient Israel. If you believe the Bible is the literal Word of God, this is a claim you have to take seriously. In 2 Samuel 7:13, God says that David would always have a descendant sitting on a throne. Jesus Christ will eventually rule on David’s throne (Luke 1:30-33). But He is not ruling on this Earth now. Where has there been a monarchy ruling continuously that could possibly fulfill that promise?

God often associates that throne with a light or a lamp (e.g. 1 Kings 11:36). “God made a promise that there would never lack a man to sit on David’s throne,” wrote Mr. Flurry. “That covenant itself is a lamp to this world.”

The fact that God has maintained this promise to David over the millennia is a light to the world, a beacon of hope to the entire Earth. It is a powerful sign that He is ultimately in control of world events.

But those on the throne also have the opportunity to set an example for the nation and the world—to be a light themselves. When David was following God and pointing the nation to God, he was “the light of Israel” (2 Samuel 21:17). “David set a wonderful example of trusting in God, and he inspired others to do the same,” wrote Mr. Flurry.

But what kind of example has the current royal family set? Prince Harry’s father, Prince Charles, had one of the most publicly dysfunctional marriages in modern times. He set the world “a clear example of infidelity, immorality and treachery!” wrote Mr. Flurry. “Can we really pretend that their example didn’t have an effect on British society?”

“Family is the most important relationship that exists!” he continued. “If you study it in the Bible, you see that it is a God-plane relationship!”

The fruits of that failed marriage set a clear example to the world. Both William and Harry have embraced anti-family causes—promoting homosexuality and other lgbt issues. Now that family is attacking each other in public. Prince Harry has also supported the radical Black Lives Matter group in their attacks on Britain and America.

How can this family serve as a light for Britain and the world?

The September 2017 Trumpet magazine’s cover article by Mr. Flurry was “The Fall of the British Royal Family.” The royal family, Mr. Flurry explained, is in “rapid decline.” “God is already changing the way He deals with the royal family, which explains why 2017 has been so tragic so far,” he wrote. He forecast that things would quickly get worse—and they clearly have.

The bad news is that things are going to get much worse for Britain’s royal family. But this is all part of God’s plan to bring light to the whole world. God is changing the way He deals with the royal family as He prepares to intervene in world events and bring in far more light.