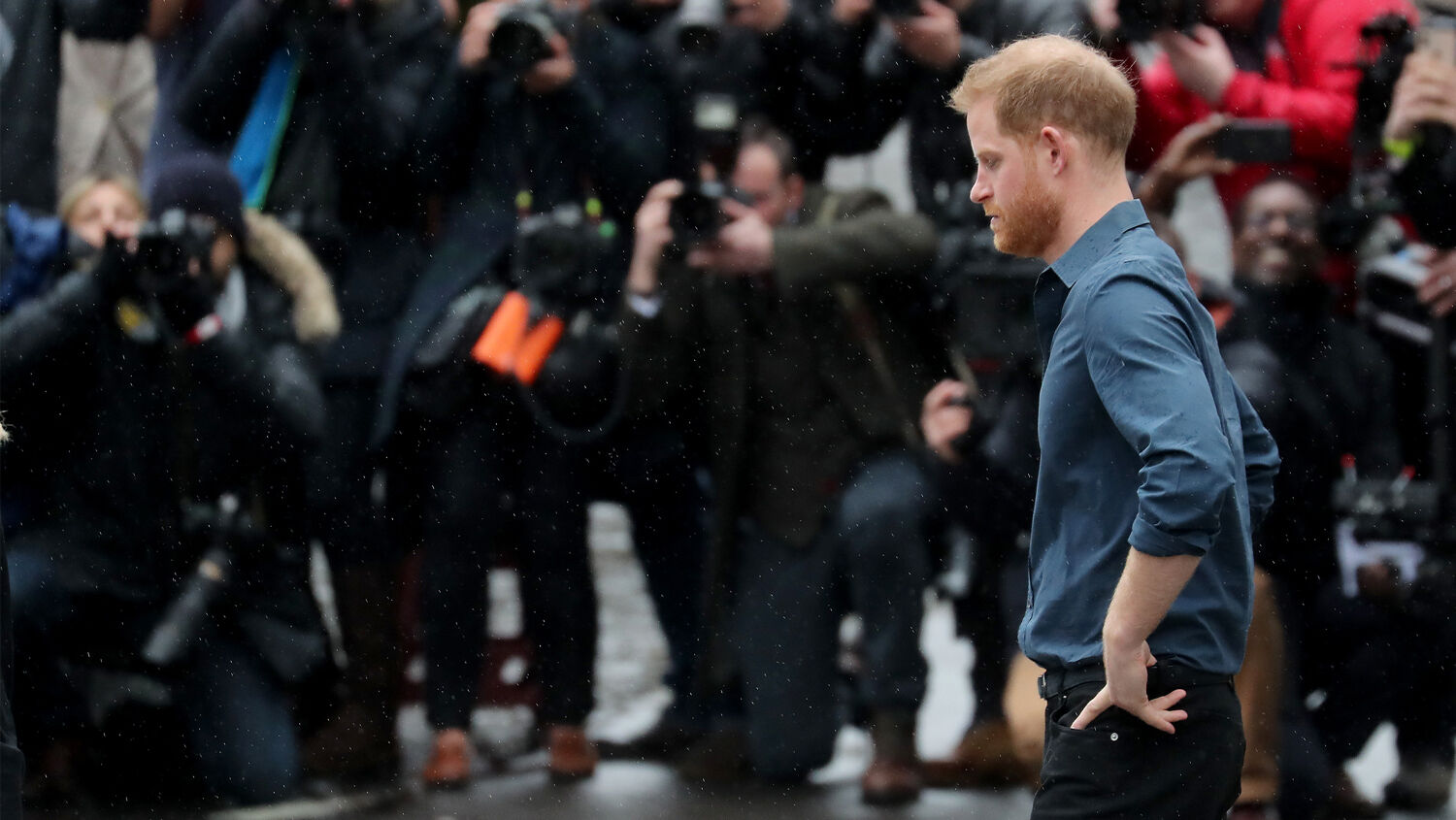 A former member of the royal family goes along with Black Lives Matter.

Prince Harry has signed up to the radical Black Lives Matter agenda, supporting the movement in a series of video messages.

In a July 1 video message, on what would have been the 59th birthday of his mother, Diana, Princess of Wales, he indicated that he believed Britain was a racist society. He declared that “racism” is “endemic” in our societies.

“My wife said recently that our generation and the ones before us haven’t done enough to right the wrongs of the past,” he said. “I, too, am sorry.”

Then yesterday he joined people like Alicia Wallace—a “queer black feminist woman” and “anti-capitalism advocate,” as she describes herself—to lament the racism inherent in the Commonwealth.

He said that for the Commonwealth there is “no way that we can move forward unless we acknowledge the past” and that there is “still so much more to do” in order to “right those wrongs.” He talked about the “institutional and systemic racism” in the organization.

“For the first time ever, thanks to the Black Lives Matter (blm) movement … this is the moment when people are starting to be listened to,” he said.

Remember, this is not the British Empire he’s talking about, which has been subject to a storm of controversy for several weeks. The Commonwealth is a free association of democratic nations that anyone can leave at any time. The secretary general is a black woman. It hadn’t been receiving significant bad press—until now.

And remember what he is supporting. The website for Black Lives Matter states that they “disrupt the Western-prescribed nuclear family.” Their leaders encourage people to resist “white capitalism.” It is a radical, Marxist group fundamentally opposed to Western civilization.

The duke of Sussex has joined this radical group in insinuating that Britain, its empire, its monarchy and its Commonwealth are institutionally racist. Why?

Prince Harry has one of the best educations money can buy. If Britain cannot instill national pride in one of its own royal family, who can it instill pride in?

The duke of Sussex went on to the Royal Military Academy Sandhurst, where all British Army officers are educated. He was trained to fight for his country, and served in the front lines in Afghanistan.

Despite this, he is now pushing the narrative that his country is institutionally racist. Undoubtedly, his wife, who took part in the latest video, has a lot to do with this. But if anyone should be immune to this nonsense, it is a member of the royal family, educated at Britain’s most prestigious school and trained to fight for his country.

“The morals surrounding” Britain’s throne “today are also a very good indicator of the spiritual state” of the nation, wrote Trumpet editor in chief Gerald Flurry. “As the leadership goes, so go the nations.”

As I wrote a few weeks ago, there is so much to be proud of in Britain’s history. If Prince Harry has accepted blm’s warped worldview, that is a terrible reflection on the failings within Britain’s most elite institutions—and all of British society.

His attack on the Commonwealth is likely to be particularly galling to the Queen.

The Sun’s royal photographer, Arthur Edwards, said that “to criticize the one thing the Queen cherishes above all things, which is preserving the Commonwealth, is an insult to her.”

“The Queen is never happier than with the heads of government at the Commonwealth state banquet, where she dresses in her finery and jewels,” he wrote. “She individually greets every single head of state, who she knows personally, and they can call her at any time for advice. … So many times I have witnessed the joy at these get-togethers that are so unlike any other state visit.”

The institution clearly means a lot to her. In 1973, for example, then Prime Minister Edward Heath tried to block her from attending the Commonwealth summit in Ottawa. She found a way to attend anyway—in her capacity as Canada’s head of state.

The Commonwealth began in 1949, just four years before the Queen’s rule. Building it up has been one of the most important parts of her life’s work. Now, about a third of the world’s population is part of it.

When Harry and Meghan left the United Kingdom, Meghan’s comments sparked an unprecedented debate about race. Commentators repeatedly claimed, with no evidence, that the Sussexes had decided to leave the country because of racism.

The couple is close to the radical left in America, especially former United States President Barack Obama. Meghan will be speaking alongside Michelle Obama at a three-day virtual leadership summit called “Girl Up” next week.

President Obama helped normalize what was once a very extreme position coming from Black Lives Matter. Now the Sussexes are doing the same.

The monarchy was once a force for unity in Britain, an institution that most, regardless of their politics, could get behind. The monarchy, in a real and literal sense, brought the country together. It wasn’t a battle that forged the United Kingdom; it was the king of Scotland inheriting the throne of England that eventually led to the two unifying.

Now the throne has become a force for division. The same culture wars that have fractured our universities, our politics and our media have arrived at the heart of the monarchy.

The cover article for our September 2017 Trumpet magazine was “The Fall of the British Royal Family.” In it, Mr. Flurry asked, “What is wrong with Britain and the royal family? This issue is far more important than people generally realize.”

That article lamented the decline of the royal family. Many of the royals have had troubled family lives. The family and the country have drifted from biblical morality. Many of the young royals, including Harry, have gotten behind causes that are anti-Bible.

The royal family, Mr. Flurry explained, is in “rapid decline.” “God is already changing the way He deals with the royal family, which explains why 2017 has been so tragic so far,” he wrote.

Many commentators have noticed the series of crises hitting the royal family since then. But Prince Harry’s latest actions are perhaps the most serious.

David Starkey was, until last week, a celebrated British history professor and television personality. He made a statement in an hourlong interview that he shouldn’t have said, and one I don’t endorse. But that one careless statement has ended his career.

The mobs have been gunning for Starkey for years. Why? Because he has a positive view of British history and the monarchy. In the introduction to his book Crown and Country he described British history as “a story to be proud of and, at its heart, lies a single institution: the monarchy.”

His book describes how Britain changed the whole world. “A version of their tongue would replace Latin as the lingua franca; English common law would challenge Roman law as the dominant legal system; and they would devise, in free-market economics, a new form of business that would transform human wealth and welfare. Most importantly, perhaps, they would invent a new politics which depended on participation and consent, rather than on the top-down autocracy of Rome.”

The monarchy was fundamental to that story. Now a member of that royal family—though stripped of much of his royal status—is turning against his heritage. The royal family is shifting from a source of national strength to national weakness.

That royal family had part in one of God’s most important promises. But the decline of that family meant God had to make a change.

Yet the change in the way God deals with the royal family has happened for an incredibly positive reason. He has plans for a royal family that brings blessings, not curses, to those it rules. A royal family done God’s way brings unity.

God has a plan for a throne that unifies people, as Mr. Flurry explained in his Key of David episode “The New Throne of David.” “It is going to unify the entire world,” he said. He explained that this throne is “a monumental hope for this world …. [T]his truth can galvanize your life and fill you with joy and hope, as nothing else can! And I’m not just saying that. This is not a fantasy. You can do that, and it will work in your life” (June 20, 2018).

It is a throne completely devoted to service, and one that does its duty perfectly.

Britain’s royal family, far from bringing hope to the nation, is bringing more troubles and division. That throne has been hit with a series of crises that are bringing it rapidly into disrepute.

That the royal family should be hit by so many serious, once-in-a-generation-or-more crises just months after Mr. Flurry published an article about its “rapid decline” should cause us to look more deeply into what is happening here.

The latest news is not pretty, but behind it, God has a plan full of hope. This subject contains the solutions for, not just Britain’s problems, but the whole world’s. It explains why the royal family is suffering from increasing troubles. It also reveals how God has very practical plans, right now, for a throne that brings hope and unity to the whole world. To learn more about it, please read Mr. Flurry’s book The New Throne of David.