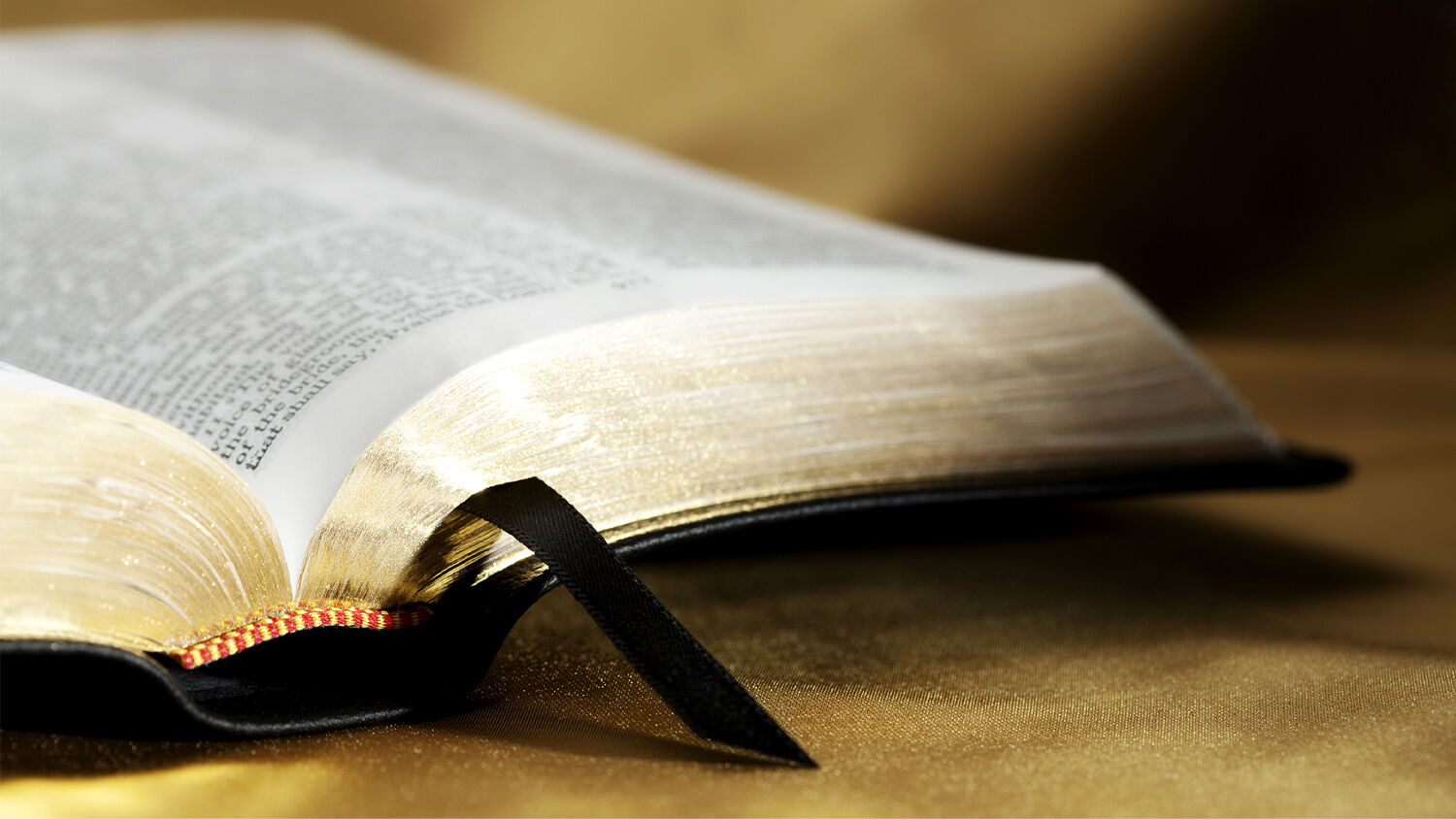 In early July, the Trump campaign posted an image of the iconic “Christ the Redeemer” statue on Facebook and Instagram, captioning the image with “We will protect this.” Within moments, the social media community branded United States President Donald Trump a fool because the famous statue stands in Rio de Janeiro, Brazil, not America. And they question how President Trump can call out attacks on statues when thousands are dying from covid-19 every week.

The reality is, however, that many things associated with Christianity are under attack. It is the Son of God Himself—not some statue—that is the primary target of the radicals.

This attack is nothing new. Today’s mainstream media and agitators are yesterday’s Sadducees and Pharisees—critics who attempted to refute, accused and ultimately murdered Jesus Christ some 2,000 years ago.

Today, the left is attempting a different assassination—one of Christ’s history and character.

In an interview with fellow journalist Chris Cuomo, cnn anchor Don Lemon calmly and directly stated, “Jesus Christ … if that’s who you believe … admittedly was not perfect when He was here on this Earth.” Cuomo somehow maintained a straight face regarding these allegations against Christ.

Some conservative commentators were quick to claim this as evidence of leftist ignorance of the basics of Christian beliefs. But it is far more sinister than that.

Consider. Lemon and Cuomo are both university-educated journalists. Do they really not realize that the perfection of Jesus Christ is fundamental to Christianity? Lemon probably knew what he was saying, and he said it on national television. Far from revealing ignorance, these comments show that the left knows what underpins Christian religion—and are going after it.

Why? Just consider if God and Christ were not perfect.

What if Christ didn’t “practice what He preached”? If He couldn’t be trusted 100 percent, then His teachings—God’s teachings—would be called into disrepute. The Ten Commandments are God’s way of life. If Christ didn’t practice it perfectly, then the brilliance of these commands would be darkened by the shadow of doubt. So too would be anything built upon them.

Taking the attack further, prominent radicals such as Shaun King tweet out things such as, “Yes, I think the statues of the white European they claim is Jesus should also come down. They are a form of white supremacy. Always have been …. Tear them down.”

Of course, Christ was white. He was born of a Jewish mother—a descendant of Abraham. You can see His genealogy in Matthew 1. Those descendants walk the Western world today. (Request our free book The United States and Britain in Prophecy for more on this subject.) Judas had to kiss Christ on the night of His arrest just to help the guards identify Him. There were also numerous times Christ slipped away from angry mobs, blending seamlessly into the Jewish crowd (e.g. Luke 4:30; John 8:59).

This also refutes almost all depictions of Christ you see today—including the statue in Rio de Janeiro. Christ didn’t have long hair (1 Corinthians 11:14). And being a carpenter and living in perfect physical health, Christ would have been strong, tanned and fit, not pasty and frail as so many depictions suggest.

And while on the subject, God actually condemns the creation and worship of statues of heavenly beings (Exodus 20:4). In that light, tearing them down is actually a good thing! But again, statue destruction is a secondary goal for the left. They are first and foremost after God’s law.

Refuting Christ’s true appearance as a white Jewish man is to portray our Savior as a tool of the far-right—a symbol of bigotry and hatred. They would turn Christ into the face of racism! Transforming something good into something racist is happening all over America, from Mount Rushmore to Lafayette Square.

Right now “social justice” is on the lips of every looter, rioter and protester in America. And the universal call is for the destruction of the Founding Fathers and the Constitution. Shame on America’s Bible-based founding.

Trumpet editor in chief Gerald Flurry laid out some home truths in his 2016 article “The Real Agenda Behind Black Lives Matter”:

Despite this fact, some are attempting to portray Christ as on the side of the “social justice” movement—giving their efforts a seal of religious approval. Some have even labeled Jesus Christ as the “first social justice warrior.” This too is a hijacking of Christ’s character.

“Social-justice teaching” is defined in Education Week as “teaching kids to question whoever happens to hold the reins of power at a particular moment. It’s about seeing yourself not just as a consumer (of information), but as an actor-critic.”

Does that sound like Jesus Christ who, when He came to Earth, proclaimed in John 6:38, “For I came down from heaven, not to do mine own will, but the will of him that sent me.” Did Christ rebel? Did He question His Father’s perfect government? Christ didn’t even rebel against the local Roman government!

Christ came to support His Father and uphold His law! The “social justice warriors” of today want nothing more than to trample the rule of law in our nations! They want to defund the police. They want to tear down the statues. They want to rip up the Constitution. They want to erase God’s history with America and the West!

At least self-proclaimed radical and Hillary Clinton mentor Saul Alinsky gave credit where it was due in his book Rules for Radicals when he wrote:

Lest we forget at least an over-the-shoulder acknowledgment to the very first radical: from all our legends, mythology, and history (and who is to know where mythology leaves off and history begins—or which is which), the first radical known to man who rebelled against the establishment and did it so effectively that he at least won his own kingdom—Lucifer.

When Christ drank alcohol, the Pharisees accused Him of being a drunkard. When He ate, they accused Him of gluttony. Others even accused Christ of being possessed by a demon (John 8:48). And no wonder! Satan is himself known by God as “the accuser of our brethren” (Revelation 12:10). And Christ called these men the children of the devil! (John 8:42-44). A powerful condemnation.

Should we be any more surprised when we see radicals take aim at Christ in our modern sin-sick world? This world does not know Christ. And the vast majority don’t want to! “If ye were of the world,” Christ told His disciples, “the world would love his own: but because ye are not of the world, but I have chosen you out of the world, therefore the world hateth you. Remember the word that I said unto you, The servant is not greater than his lord. If they have persecuted me, they will also persecute you; if they have kept my saying, they will keep yours also” (John 15:19-20).

We can expect persecution when we support Jesus Christ. And that persecution will only intensify as we march deeper into this end time.

Despite all this, the most thrilling and amazing fact is that Christ died for everyone—even the Don Lemons of the world. Even those who praise Satan. Even the radicals looking to erase God and Christ from our nation’s history. Christ came, and He lived perfectly, without sin. He gave His perfect life in our stead. And as He died—nailed to a stake—we were redeemed with a chance to be in the Kingdom alongside God and Christ! All mankind will soon have that chance! How awesome is the perfect life and sacrifice of Christ!

Then we will see real social justice. Then we will see the perfect rule of a perfect God Being. Is that the Christ you want to get to know—the one who will soon liberate this world and offer you a chance to live the real abundant life? Read our free reprint article, titled “The Real Jesus,” and get to know the perfect King of kings.