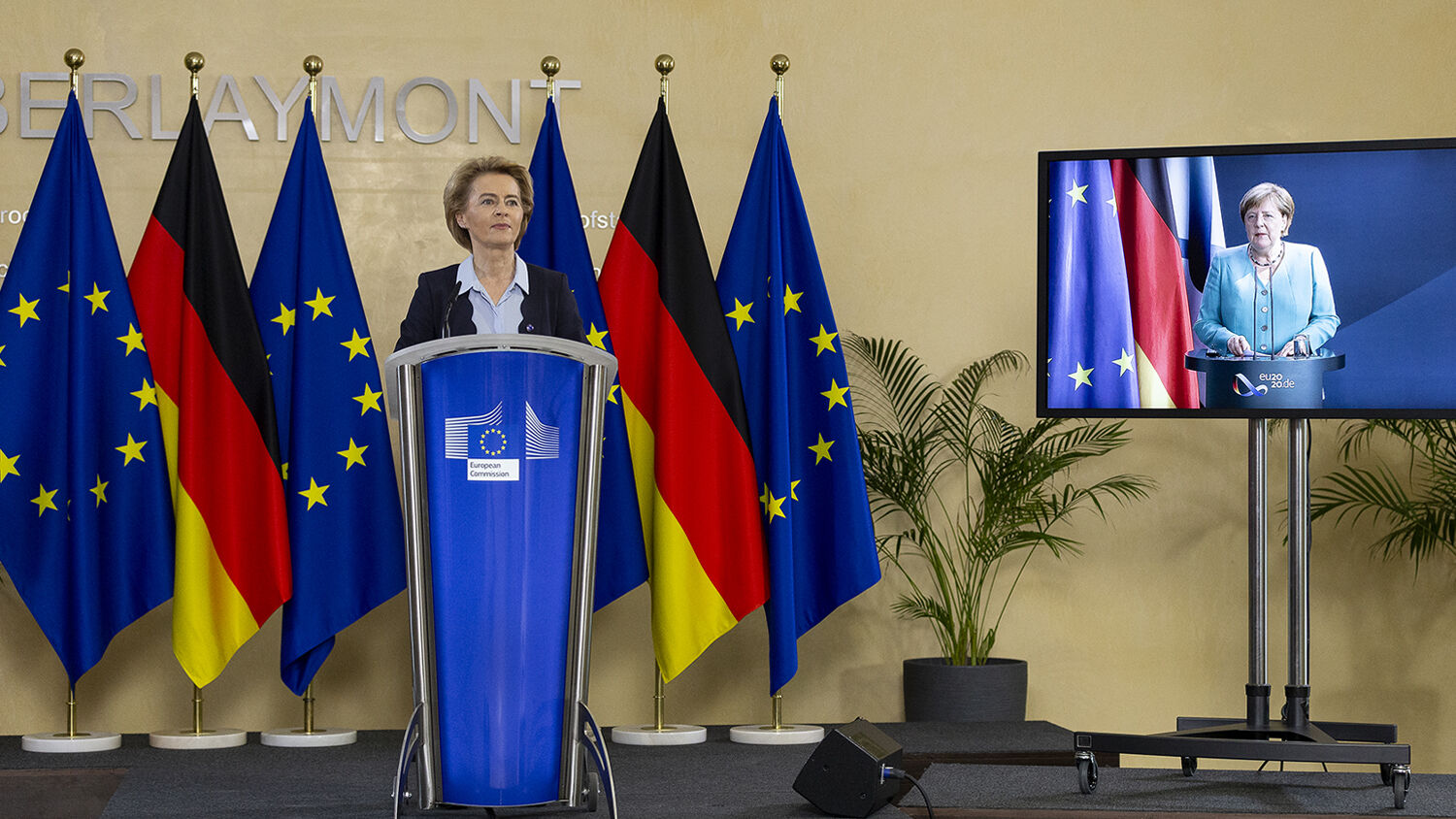 Germany is at ‘the heart and core of the united Europe.’

On July 1, Germany began its six-month presidency of the European Council for the first time in 13 years. This begins an unprecedented time, as now two of the highest senior positions in the European Union are currently led by Germans. Chancellor Angela Merkel has the opportunity to team up with European Commission President Ursula von der Leyen to shape the European Union for years to come.

A reporter asked Merkel and von der Leyen whether the EU countries could be afraid of “too much German.” The two women smiled in amusement at the reporter’s question before referring to themselves as “European.”

Moreover in the next six months, topics of an unprecedented magnitude need to be settled. Not only do Brexit negotiations need to be completed, but the EU also needs to deal with the aftermath of an unprecedented pandemic and the reconstruction of the economy, finalize the EU budget for the next seven years, tackle the climate change question, formulate a law on migration, and realign the Union’s foreign policy regarding the United States and China.

“Pandemic, Brexit, migration, [U.S. President Donald] Trump, power poker of the world powers—and right in the middle: the EU,” n-tv.de noted (Trumpet translation throughout). “Germany takes over the presidency of the Council at an explosive time. The expectations are huge for Chancellor Merkel also.”

Many of these issues have been on the EU’s agenda before, but all discussion points seemingly waited for German leadership.

Rarely if ever has the EU faced a more pivotal six months than those immediately ahead. Never before has the fate of the EU depended so much on a single nation. Never before has it been so clear that Germany is at the heart and core of the European project.

“We know that Europe is certainly in the most difficult situation in its history. This is reflected in the virus that still exists,” said Chancellor Merkel. “And we see it in the economic data that reach us and that applies to all member states of the European Union.”

“Germany Is Doomed to Lead Europe,” the Economist noted on June 27. “The EU’s biggest member is in charge, whether Germans like it or not.”

Along with Germany’s rising dominance in the EU is the use of its language. “English may be the European Union’s lingua franca, but listen carefully in the corridors of power and you’ll find the language of Goethe and Schiller is on the rise,” Politico wrote on June 26 in “We’ll All Be Speaking German Soon.”

At the end of World War ii, the U.S., Great Britain and France were determined to never let Germany rise again to dominate Europe. The North Atlantic Treaty Organization formed in part to prevent German military dominance. Britain joined the EU in part to prevent German political dominance. France hoped to lead Europe in partnership with a submissive Germany. Today it is clear that all efforts to contain Germany have failed.

In June 1952, Herbert W. Armstrong wrote in the Plain Truth: “The United States is determined, now, to let nothing stand in the way of building up a rearmed, independent Germany. This will be the heart and core of the united Europe that will revive the Roman Empire.”

Sixty-eight years later we see this prophecy has become reality. Mr. Armstrong’s reference to the Roman Empire is explained in our free booklet He Was Right. The booklet states:

Mr. Armstrong knew that God has delivered the message of Revelation not to hide, but rather “to shew … things which must shortly come to pass” (Revelation 1:1). Understanding this, Mr. Armstrong came to see that the five fallen “kings” in Revelation 17:10 symbolized the five revivals of the Roman Empire that had occurred up to that time under the guidance of the Roman Catholic Church. These five revivals of the Roman Empire were headed by Justinian, enthroned as emperor in a.d. 554; Charlemagne, crowned in a.d. 800; Otto the Great in a.d. 962; Charles v (commencing the Habsburg dynasty) in 1530; and Napoleon Bonaparte, who crowned himself emperor in 1804.

But the prophecy in Revelation 17:10 referred to one revival of the Roman Empire that would be in existence at the very time the mysterious vision of the book of Revelation would first come to be understood: “and one is.”

Herbert Armstrong came to see that the Italian dictator Benito Mussolini was that one that is, at that time, in the 1930s—prior to and during the onset of World War ii. (For a thorough explanation of this prophecy, request our free booklet Daniel—Unsealed at Last!) …

Based on the same prophecy, Mr. Armstrong forecast that Europe would unite after World War ii and that Germany would end up leading it. We are now seeing the fulfillment of this prophecy in an astonishing way. If you haven’t already, I encourage you to request a free copy of Germany and the Holy Roman Empire to understand what this means for Europe and the world we live in. Germany’s rising rule in Europe will be unlike anything this world has ever seen.