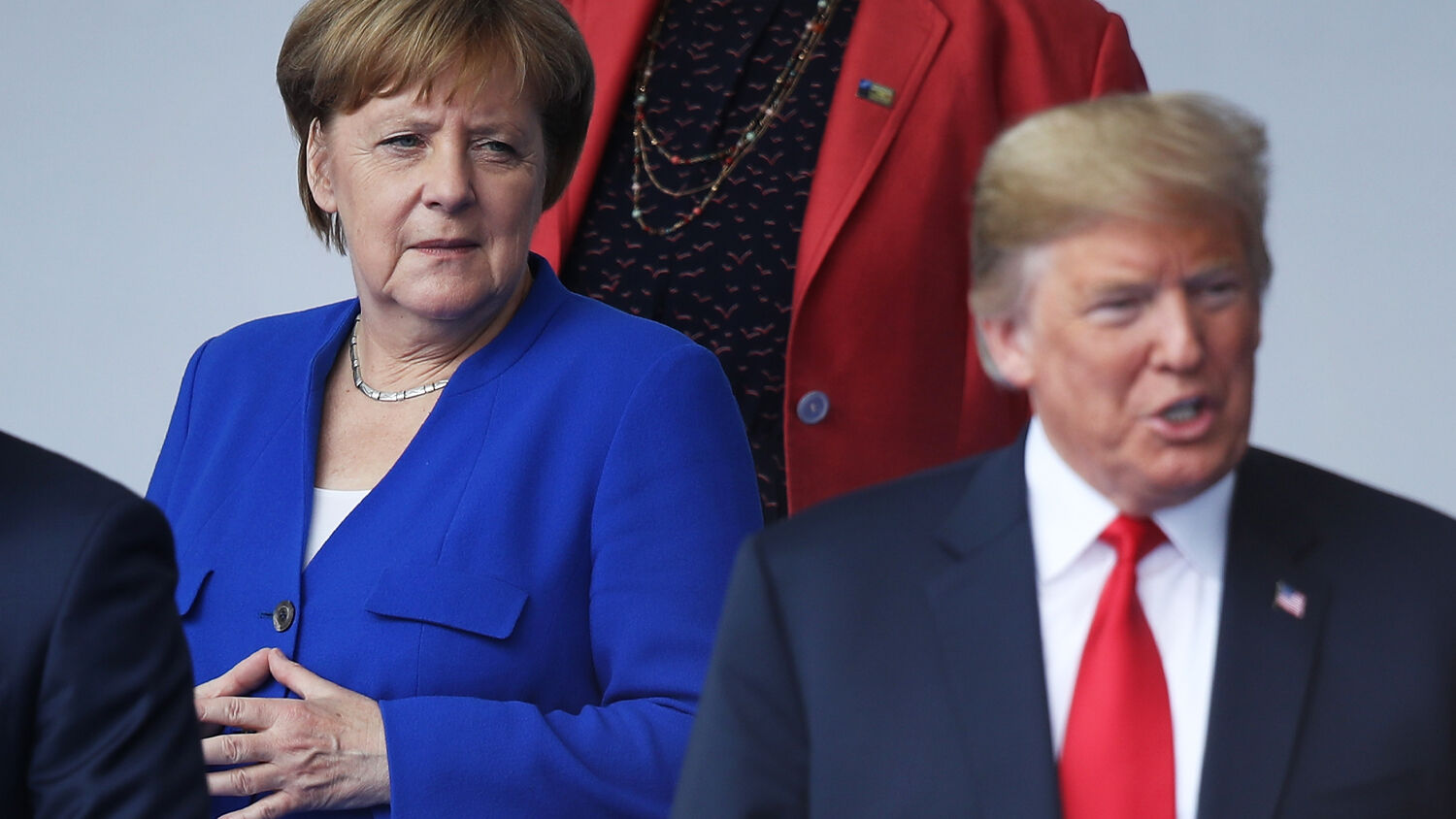 Chancellor Merkel is stirring Europe’s ambition to fill the void.

“We grew up in the certain knowledge that the United States wanted to be a world power,” German Chancellor Angela Merkel said in an interview with a group of six European newspapers, published on June 26. “Should the U.S. now wish to withdraw from that role of its own free will, we would have to reflect on that very deeply.”

The world has indeed grown accustomed to Pax Americana, the period of relative peace from the end of World War ii to the present.

Chancellor Merkel disagrees with much of U.S. President Donald Trump’s foreign policy, but her recent comments were likely in response to his decision to reduce the number of U.S. troops in Germany.

“American troops in Germany help to protect not only Germany and the European part of nato but also the interests of the United States of America,” she warned.

President Trump has been urging other nations to contribute their fair share to the North Atlantic Treaty Organization, threatening to pull out of the organization if they failed to do so. In Ms. Merkel’s opinion, however, Germans “know that we have to spend more on defense; we have achieved considerable increases in recent years, and we will continue on that path to enhance our military capabilities.” Yet even as they are spending more, America is still drawing back.

The U.S. withdrawal from Europe serves as additional incentive for Europe to pursue military cooperation and independence from the U.S. “Look at the world; look at China or India,” Merkel said. “There are compelling reasons to remain committed to a trans-Atlantic defense community and our shared nuclear umbrella. But of course, Europe needs to carry more of the burden than during the Cold War.” Ms. Merkel is essentially saying it is time for Germany to step up and fill the void.

America’s foreign policy over the past decade has caused Merkel’s worldview to drastically change. “Merkel, the first German leader to have grown up on the eastern side of the Iron Curtain, has in the past frequently spoken of her admiration for the U.S.’s global influence,” the Guardian wrote. But now Chancellor Merkel is calling for Germany to take on more responsibility. This is a “significant shift,” as Politico noted on June 24. In “What Angela Merkel Wants,” Politico wrote:

For decades, even as Germany’s economic and political clout has grown, German leaders, wary of offending neighbors distrustful of its power, have resisted throwing around Berlin’s weight on the European stage—at least openly.

But the coronavirus pandemic, in particular the massive economic fallout it has wrought, is forcing Berlin to acknowledge what some European thinkers have been saying for years: The EU won’t survive without more forceful German leadership.

“As Europe struggles with the fallout of the coronavirus, which she described as the ‘biggest challenge’ in EU history, the time had come for Germany to step into the breach,” Politico wrote. “Most significantly, Merkel made it clear that helping Europe was central to Germany’s national interest.”

During the coronavirus crisis, the Continent has taken a major step toward common debt. The U.S. withdrawal of military support is driving the Union toward a common defense policy. Its economic standing and even its recent management of the coronavirus crisis leaves Germany as the clear European leader. As the Economist noted on June 27, “Germany Is Doomed to Lead Europe.”

A German-led Europe is rising in the post-America era. But will the new world order maintain the world’s relative peace?

The late theologian Herbert W. Armstrong explained in The United States and Britain in Prophecy that the reason for the relative peace America and Britain have brought to the world was not due to their own national greatness. It was in fact due to God’s intervention. The U.S. and Britain are part of the descendants of ancient Israel. As Mr. Armstrong explained, God prophesied that after ancient Israel’s fall, its descendants, primarily America and Britain, would ascend to greatness around a.d. 1800–1803. (Read The United States and Britain in Prophecy to understand this prophecy in detail.)

But God also prophesied that because of Israel’s rebellion against Him, this time of peace and prosperity would be followed by the “times of the Gentiles” (Luke 21:24), when the world is no longer ruled by Israel but once again by Gentile powers. God prophesies that this will mark the end of the relative peace the world has experienced. We are now living in this time.

Furthermore, a prophecy in Isaiah shows that God will use the descendants of ancient Assyria, modern Germany, to punish Israel in this end time: “O Assyrian, the rod of mine anger, and the staff in their hand is mine indignation” (Isaiah 10:5). (For proof of Germany’s biblical identity read “The Remarkable Identity of the German People.”)

This German power is prophesied to lead a group of nations just as we are seeing it preparing to do today. Daniel 2 and Revelation 17 speak of 10 European nations, or groups of nations, that would unite under German leadership during a time of global crisis. “And the ten horns which thou sawest are ten kings, which have received no kingdom as yet; but receive power as kings one hour with the beast. These have one mind, and shall give their power and strength unto the beast” (Revelation 17:12-13).

In the years after World War ii, these prophecies seemed unbelievable; but Mr. Armstrong boldly declared that this conglomeration of nations would indeed be led by Germany. In 1952, he wrote: “The United States is determined, now, to let nothing stand in the way of building up a rearmed, independent Germany. This will be the heart and core of the united Europe that will revive the Roman Empire” (Plain Truth, June 1952).

The Bible is clear that this German-led European empire will lead to America’s demise. Jesus Christ prophesied that right before His return Israel would “fall by the edge of the sword, and shall be led away captive into all nations: and Jerusalem shall be trodden down of the Gentiles, until the times of the Gentiles be fulfilled” (Luke 21:24).

Assyria took Israel captive anciently, but Jesus Christ prophesied it would happen again. The Bible reveals that the times of the Gentiles is not a time of global peace but rather unmatched instability and war. But it also clearly shows that Jesus will intervene in the midst of it. To understand the times we are living in now, the great calamity ahead, and the hope beyond, read “What Are the Times of the Gentiles?” by Gerald Flurry and request your free copy of The United States and Britain in Prophecy.