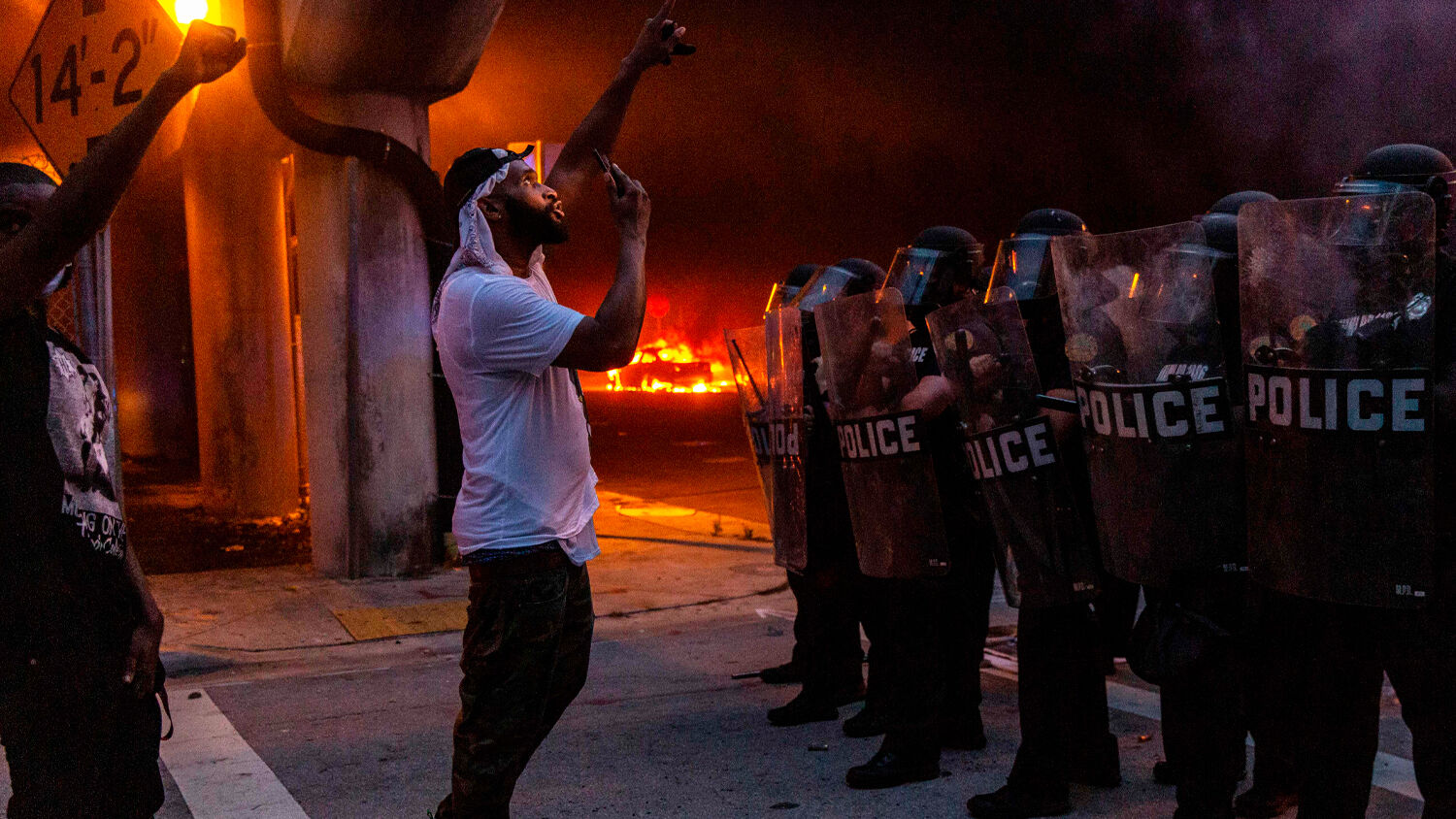 Protesters confront police in front of a burning police car during a protest in Miami, Florida, on May 30 in response to the death of George Floyd.
DAM DELGIUDICE/AFP/Getty Images

The Trumpet is focusing your attention on the rioting, incitement of destruction, and the attack on America’s rule of law.

Why not emphasize the issue of racial injustice and the killing of black people by police? Does the Trumpet care more about peace and quiet than it cares about societal problems? Does it care more about property than human life? Macy’s department store more than George Floyd?

For the Trumpet, the answer to the question lies in its mission: explain world events that are fulfilling Bible prophecy.

Bible prophecy warns of the death of not just one man, but of entire nations—the death of millions!

The Trumpet is warning you about the death of this nation for that reason.

How dare anyone focus more on rioting and looting than George Floyd’s last eight minutes! The riots serve a greater purpose by highlighting racial injustice in America! Police are proving the point of the protests! If racism isn’t your number one concern right now, you are racist! These are some of the typical claims and accusations by the radicals in response to anyone showing more concern about cities turning into war zones than the killing of blacks by the police. The radical argument on this issue usually retreats to labeling opponents as racist. That means anyone who disagrees is part of the problem.

It’s not the scope of this article to counter those arguments (you can get the hard data on police shootings by race in our infographic). But realize that radicals have set it up so that you deepen the division of this country if you disagree with them and if you agree with them.

The Trumpet’s warning message is the only one that shows how to heal the division.

Since the Trumpet began 30 years ago, this magazine has warned of worsening race relations and race riots (read “America’s Self-Inflicted Race Wound”). We also warned of the militarization of our police and other government agencies during the Obama presidency (“Why Does the Environmental Protection Agency Need Its Own SWAT Team?”).

The lives lost over the years have been forgotten by many, but the increasing division warned of by this magazine is about to become tragically and horrifically inescapable—unless you heed God’s warning!

Few listened to the warning then and look at the problems facing America today. What we see today will look like the Boston Tea Party compared to what the biblical prophecies warn is coming shortly! One such prophecy in Ezekiel 5 describes a third of America’s population dying from its cities burning with race wars, crime, chaos and murder. One third! Half of the survivors will then be killed by foreign powers–and the other half will be enslaved by them.

That is why the Trumpet warns about riots—to help any willing to listen turn to God to avoid that destruction—and to also show the only permanent solution to the problem: Replace human government with God’s government!

Some might think that the violence and division in America will settle down. That somehow the nation will return to a sense of normalcy, like it did in the late ’60s. But the Bible says that is not going to happen.

How can it, when we are so divided that even criticizing riots can result in accusations of racism?

Whenever dealing with the important issues of the day, always ask the question few dare to: What does God think of the issue?