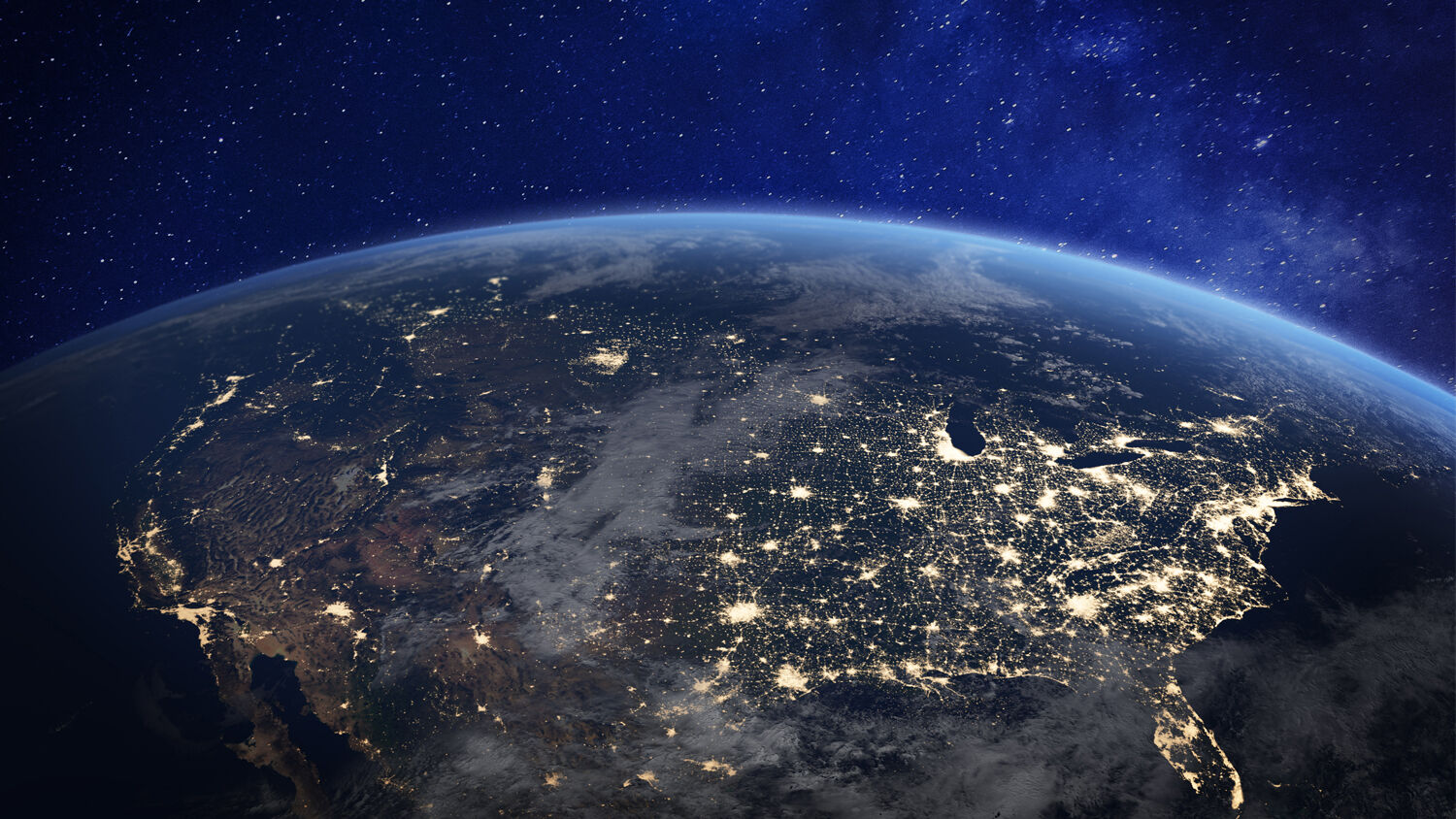 One less obvious use for nuclear bombs poses an existential threat to the United States.

China has the ability to launch a crippling electromagnetic pulse (emp) attack on the United States at any time, warned a June 10 report by the emp Task Force on National and Homeland Security. Such an attack would come as a “surprise Pearl Harbor” that could cripple the military and permanently alter civilian life.

With the help of stolen and copied U.S. technology, China appears ready to make this situation a reality. Dr. Peter Vincent Pry, author of the report, warns that based on current information about Chinese tactics, Asia’s primary superpower is not only well equipped, it is planning to strike first.

Any nuclear-capable nation can launch an emp strike. The attacker detonates a low-yield nuclear bomb above ground; the higher the detonation, the larger the electromagnetic field. This overloads electronics within its range, damaging or even destroying them.

The U.S. military was the first to discover this effect after testing a nuclear bomb over the Pacific in 1962. The electromagnetic field from its detonation overloaded Honolulu’s electrical grid, 870 miles away.

Today, such an attack would be calamitous for computer-reliant countries.

If one of these “super-emp” weapons exploded at about 18 miles or higher above the central U.S., the effects would be felt in almost every major city. If just one bomb detonated over the Pacific, it could knock out electrical power to Taiwan, the Philippines and Guam all at once.

The exact effects of an emp blast are hard to predict because they change according to atmospheric conditions, weapon design and detonation height. What is certain is that they remain a critical threat to countries that rely on satellites and computers for the daily operation of their civil and military technology.

“China’s military doctrine closely associates cyberattacks with nuclear hemp [high-altitude electromagnetic pulse] attack, as part of a combined operation in what they call Total Information Warfare,” states the report. These cyberattacks would seek to blind American satellites and sensors, and cause critical infrastructure like electrical grids to fail. This would be followed by the emp attack.

China could deliver its super-emp using hypersonic missiles, which are more difficult to shoot down than conventional missiles because they can accelerate past five times the speed of sound and turn rapidly. A satellite carrying a nuclear weapon is another possibility; it could approach over the South Pole, evading America’s early-warning radar in the Arctic. Dr. Pry describes how China’s militarized space program could place several of these weapons in orbit long before an attack, since the country already possesses “technical capability to clandestinely orbit a nuclear-armed satellite or satellites to be maintained in orbit for years.”

The continental U.S. is not the only target these super-weapons would be aimed at. They are also effective against warships.

In March, according to the report, “a panel of China’s military experts threatened to punish U.S. Navy ships for challenging China’s illegal annexation of the South China Sea by making an emp attack—one of the options they considered least provocative, because the crew would be unharmed, but most effective, because the ship would be disabled.”

emp attacks can destroy the circuitry aboard the aircraft carriers and destroyers that the U.S. relies on for dominance in the Pacific. Without radar, targeting or communication systems, a warship turns into floating target practice for enemies. The official newspaper of the Shanghai Communist Party noted in 2000 that a “high degree of electronization is like an Achilles’ heel for an aircraft carrier fleet, which relies heavily on electronic equipment as its central nervous system.”

He Who Strikes First Wins

What about those who believe that China’s “no first use” policy precludes any nuclear weapons from being used in emp attacks? Dr. Pry answers:

China’s nuclear posture, especially the lack of early warning radars and satellites, is “use it or lose it,” which logically should drive prc [People’s Republic of China] military planners toward nuclear first use—indeed toward surprise first use early in a crisis or conflict, based on strategic warning. …

Dr. Pry warns that trusting China’s “no first use” policy is “naive,” citing government officials who have testified before Congress and confirmed that this term is meaningless.

China’s goal in a conflict would be to paralyze its adversary with cyberattacks and electrical overload before any response can take place. “The emp attack scenario presents the only attack option that meets the demand for making the first, paralyzing strike of a war,” states a briefing from Taiwan’s Military College of National Defense University.

Together, cyberattacks and nuclear emp super-weapons are a deadly combination—and China intends to use them. Should the West be concerned?

Trumpet editor in chief Gerald Flurry answered this question in his May 15 Key of David program titled “The China-America Clash Is Prophesied.” He commented on China’s increasing belligerence around the South China Sea, saying “what a colossal danger this could be for the U.S. because China could literally stop all of that flow of commerce or eliminate anybody that they didn’t want to go through there if they became aggressive militarily, which they are doing more and more all the time.”

Bible prophecy predicted China’s rise long before it was evident on the world scene. It also predicted that an aggressive China would contribute to the U.S. gradually losing control of the Pacific and being conquered by its enemies.

As proved in The United States and Britain in Prophecy, by Herbert W. Armstrong, the U.S. is descended from the Israel of the Bible. This makes the Bible’s prophecies directly relevant for today.

Deuteronomy 28:52 says that Israel’s enemies will soon “besiege” it in all its “gates.” The U.S. will lose its strategic sea choke points throughout the Pacific as China expands its influence. This is leading to an economic siege, which the book of Ezekiel reveals will include an alliance between China and Europe, effectively shutting the U.S. out of global trade.

How will the world’s number one military superpower arrive at this point?

The Trumpet has drawn attention to America’s reliance on digital systems many times over the years, and for good reason. “America is the greatest superpower this world has ever known,” Mr. Flurry wrote in 1999. “But we have a very vulnerable point in our military—our own Achilles’ heel. It is so dangerous that I am amazed it hasn’t received more publicity.”

He wrote this after reading a publication by defense analyst Joseph de Courcy, who stated, “Computer dependence is the Western world’s Achilles’ heel,” warning that “within a few years this weakness could be tested to the full.”

Today, the relevance of this statement has increased immeasurably.

One Bible prophecy describes how this will affect the U.S. today: “They have blown the trumpet, even to make all ready; but none goeth to the battle: for my wrath is upon all the multitude thereof” (Ezekiel 7:14).

“It seems everybody is expecting our people to go into battle, but the greatest tragedy imaginable occurs!” Mr. Flurry wrote in 2005. “Nobody goes to battle—even though the trumpet is blown! Will it be because of computer terrorism?”

A militarized China was prophesied in your Bible thousands of years ago, and the threat it poses is now becoming clear to many analysts.

The warning is stark, but it also carries great hope. After all the devastation, Jesus Christ will intervene to put a stop to mankind’s deadly obsession with war, forever. Request our free booklet Russia and China in Prophecy; it shows why we shouldn’t take these prophecies lightly. Understanding these prophecies will give you hope for a world free from weapons of mass destruction.