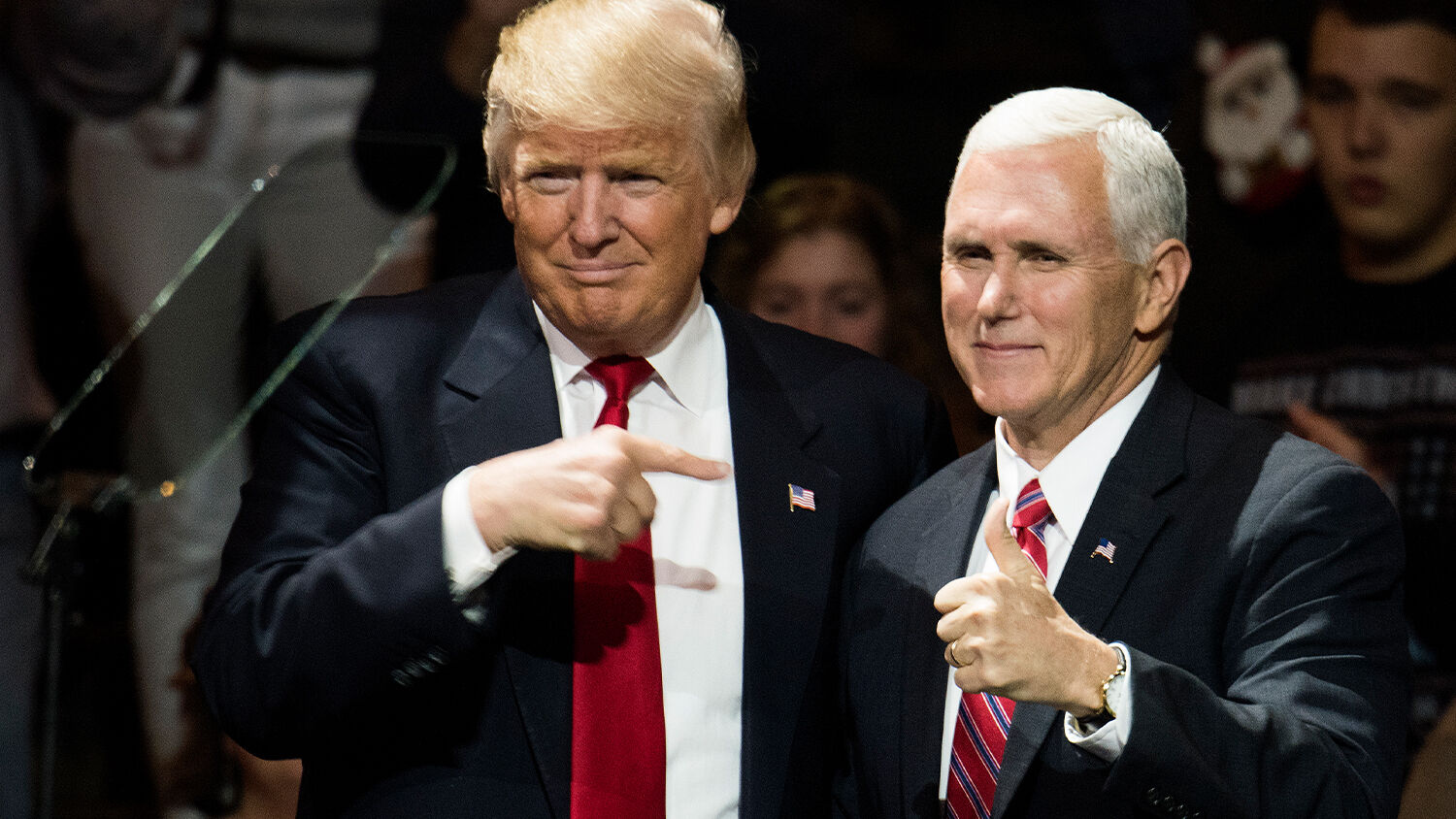 As the 2020 United States presidential election approaches, President Donald Trump is reaching out to American Catholics, in part by posting to social media a commemoration of the birthday of the late Pope John Paul II, whom he recognized as a “saint.”

Evangelical Christians overwhelmingly vote Republican, and the nonreligious overwhelmingly vote Democrat. Democrat presidential candidate Joe Biden is a practicing Catholic, but he also supports abortion, homosexual “marriage” and the full transgender agenda. President Trump’s supporters and administration, including Vice President Mike Pence, include a significant number of Catholics. Therefore, which way Catholics vote may be the key to the election.

Amos 7 describes the Prophet Amos being persecuted by King Jeroboam II of Israel, as well as an ungodly priest of Bethel. This has been preserved for thousands of years because it is also a prophecy for the end-time descendants of Israel, which include the Americans. The current president is a modern Jeroboam II, supported by “the sanctuaries of Israel” and “the king’s chapel” (verses 9-13). “When this says ‘the king’s chapel,’ it is talking about a place of worship that belongs to the king,” wrote Trumpet editor in chief Gerald Flurry. “President Donald Trump has a strong following among evangelicals and quite a few Catholics. Many Christians in America today look to President Trump for leadership.” But Catholic and Protestant Christians are making a deadly mistake in trusting their human leader and their ideas of God rather than having real faith and real obedience toward the true God.

“Nearly half of Americans report the coronavirus crisis is harming their mental health, according to a Kaiser Family Foundation poll,” the Washington Post reported on May 4. “A federal emergency hotline for people in emotional distress registered a more than 1,000 percent increase in April compared with the same time last year. Last month, roughly 20,000 people texted that hotline, run by the Substance Abuse and Mental Health Services Administration. Online therapy company Talkspace reported a 65 percent jump in clients since mid-February.”

Many people realize something is dangerously wrong. Yet few realize the reason: sin. Satan’s influence of selfish, self-
destructive attitudes on human minds is intensifying (Revelation 12:12). This attack is reflected in and aided by the discontent and hopelessness multiplying in America and beyond.

The next step in sexual instruction for children is here. Policymakers, academics, administrators and teachers now want to teach your child about sexual pleasure. The trend #SexEdForAll was promoted on social media during the month of May, and some educators argued that they are not being “medically accurate” unless they can teach children about sexual “pleasure.” The Guttmacher Institute’s Laura Lindberg posted to social media on May 18: “#SexEdForAll Month is a good time to remember that too often, sex education teaches young people about their changing bodies, but not about much else. @LeslieKantor & I argue that sex ed should include info re: pleasure & relationships.” Lindberg and Kantor praised guidelines from the United Nations Educational, Scientific and Cultural Organization for teaching 9-to-12-year-olds about kissing, caressing and other forms of intimate touching.

Public and private schools have progressively and stridently assumed the responsibility of teaching children about sex for the past few decades. The results are now apparent: emotional instability, broken relationships, abuse, sexually transmitted diseases, premarital pregnancies, abortions and other evils that obviously trace back to sexual miseducation. But rather than admit the self-evident failure of immoral sexual education, socialistic leaders in the state house, the lecture hall and your child’s classroom are doubling down and forcing through the more advanced stages of their agenda. Rather than allow people like Lindberg to teach your 9-year-old about sexual pleasure, take and hold your God-appointed duty to teach the truth about why the Creator made sex. To find the relevant passages of the Bible, God’s inspiring purpose for it, and why it is so powerfully attacked, request your free copy of Herbert W. Armstrong’s The Missing Dimension in Sex.