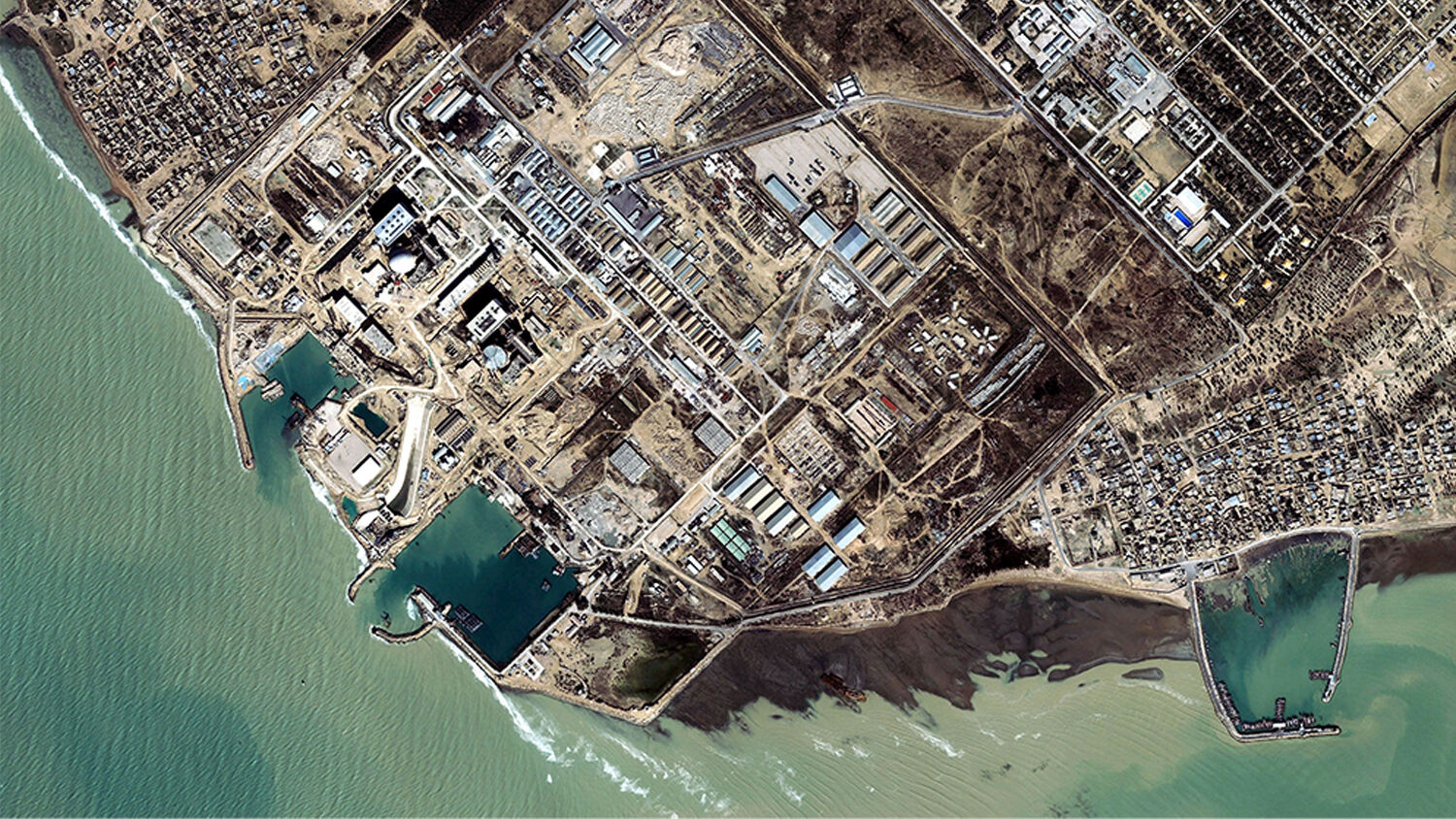 Iran has been blocking iaea inspectors and ignoring questions about the whereabouts of undeclared nuclear materials.

The United Nations’ International Atomic Energy Agency (iaea) expressed “serious concern” on Friday about Iran’s systematic violations of the 2015 nuclear deal and its failure to cooperate with its probe into undeclared nuclear material.

According to two reports sent to member states, Iran refused to give inspectors access to two facilities the agency requested to visit. Iran also refused to answer questions about the use and current whereabouts of possible undeclared nuclear material from the early 2000s.

According to the Wall Street Journal, one of the iaea reports stated: “The agency notes with serious concern that, for over four months, Iran has denied access to the agency … to two locations and, for almost a year, has not engaged in substantive discussions to clarify agency questions related to possible undeclared nuclear material and nuclear-related activities in Iran.”

This is just the latest in a long list of Iranian violations of the terms of the Joint Comprehensive Plan of Action (jcpoa), or the nuclear deal. The agreement was intended to slow Iran’s march toward a nuclear weapon by imposing certain restrictions in return for economic incentives. Iran has since violated every restriction outlined in the agreement. In 2018, United States President Donald Trump withdrew America from the jcpoa and imposed sanctions.

President Trump has called on European allies to exit the agreement and work with the U.S. on forming a new and strong accord with Iran. But at the moment, the U.S. and Israel are the only Western nations of note actively working to curb Iranian aggression.

Founder and President of the Institute for Science and International Security David Albright said that the iaea is “pretty much telling the world that there is a huge problem here, and that it’s time for the world to get involved.”

At the start of his weekly cabinet meeting, Israeli Prime Minister Benjamin Netanyahu stated that Iran has systematically violated its commitments by hiding facilities and enriching fissionable material among other activities. He went on to say:

I believe that the time has come, and I think that the time has passed, but reality certainly requires it in the light of these revelations, for the international community to join the U.S. and reimpose paralyzing sanctions on Iran. … I reiterate: Israel will not allow Iran to achieve nuclear weapons and will continue to act methodically against Iran’s attempts to militarily entrench on our borders.

The iaea report suggests that Tehran failed to declare materials related to its nuclear testing program in the early 2000s. The Iranian archives seized by the Mossad (Israel’s intelligence agency) show that its nuclear program was more advanced than previously thought. The Foundation for the Defense of Democracies reported in 2018 that Iran had the infrastructure for a “comprehensive nuclear weapons program.”

Iran has an excellent record of covering the tracks of their nuclear program. It has a history of denying access to inspectors and then graciously inviting them in a few months later, buying themselves enough time to hide the evidence. For example, when the iaea confronted Iran about the Parchin facility, they were denied access, only to be invited to take soil samples a year later. The inspectors reported seeing several new renovations and mass terraforming around the facility.

Richard Goldberg, a senior adviser for the Foundation for Defense of Democracies and former director for Countering Iranian Weapons of Mass Destruction at the National Security Council, advocates for a stronger stance against Iran. He recently commented: “We now have confirmation that Iran is hiding undeclared nuclear sites and materials, which have been deliberately concealed from the world despite a nuclear deal built on the promise of full disclosure of nuclear activities. All responsible nations must hold Iran accountable.”

If Iran continues to ignore the iaea’s questions about the use, storage and location of nuclear materials, the issue could be raised with the United Nations Security Council (unsc). Goldberg has stated that the iaea reports show Iran has significantly failed to meet its commitments and that fact will bear on the unsc’s decision to extend the arms embargo on Iran. However, Russia and China are likely to veto any snap-back sanctions against Iran as they have downplayed Iran’s ambitions in the past.

Officials in both the U.S. and Israel have argued that Tehran’s secrecy about its past activities and current hoarding of nuclear materials reveal its intentions to develop a nuclear weapon in the future.

The iaea reports also showed that Iran’s stockpile of enriched uranium has rapidly grown by half since February, to 1,571.6 kilograms. That dramatically exceeds the limit stipulated by the jcpoa of only 202.8 kilograms. The material has been enriched to 4.5 percent, which is far below the 90 percent required to be weapons-grade but still higher than the 3.67 percent permitted under the jcpoa. Facilities such as Natanz and Fordow have the technical ability to enrich uranium to 20 percent purity, which is a small technological jump to achieving 90 percent purity.

On June 1, Iran informed the agency of a new cascade of centrifuges being set up at the Natanz facility. This would further allow Iran to exceed its uranium limits.

Nuclear experts say that with 1,000 kilograms of low-enriched uranium, Iran would have enough material to, when enriched, create a nuclear bomb. Albright said that this is a feat Iran could achieve in a matter of months, adding:

Clearly, the nuclear deal hasn’t slowed Iran’s march toward the bomb. Instead, it has provided economic cover for Iran to continue developing the technology needed for nuclear weaponry. Yet when the deal was reached in 2015, many people hailed it as then U.S. President Barack Obama’s great achievement and legacy. But in April 2016, Trumpet editor in chief Gerald Flurry called it the “worst foreign policy blunder in American history.”

In the lead-up to the nuclear deal, the Obama administration promised that the jcpoa would prevent Iran from developing a nuclear weapon and welcomed Iran back into the international community. They assured the public that they would hold Iran accountable and that there would be “extraordinary and robust monitoring, verification and inspection.” But at every turn, Iran has evaded monitoring and denied inspection. The iaea was not granted the unvetted access promised to prove that Iran was upholding its end of the deal.

History can testify that Iran has broken, violated and lied about every major agreement it has ever made with the West, including the jcpoa.

In “Negotiating Human Survival,” Mr. Flurry wrote: “Can we expect a deal with such a nation to make the world safer? History can help us answer that question. Experience is an excellent teacher if we are willing to learn from it.”

The Trumpet has watched Iran’s rise for decades. The Bible prophesies of a Middle Eastern power bloc called “the king of the south.” This Islamic power will clash with a united European enemy, “the king of the north” (Daniel 11:40). As far back as 1994, Mr. Flurry identified the “king of the south” as radical Islam led by Iran. The closer Iran gets to developing a nuclear bomb, the more anxious Europe becomes, and the closer the world comes to this prophesied clash.

Iran’s relentless push for the nuclear bomb is pushing the world closer to World War iii. Continue watching for the failure of the nuclear deal and for Europe to stand up against Iran’s push.

For more information, request your free copy of Gerald Flurry’s booklet The King of the South.