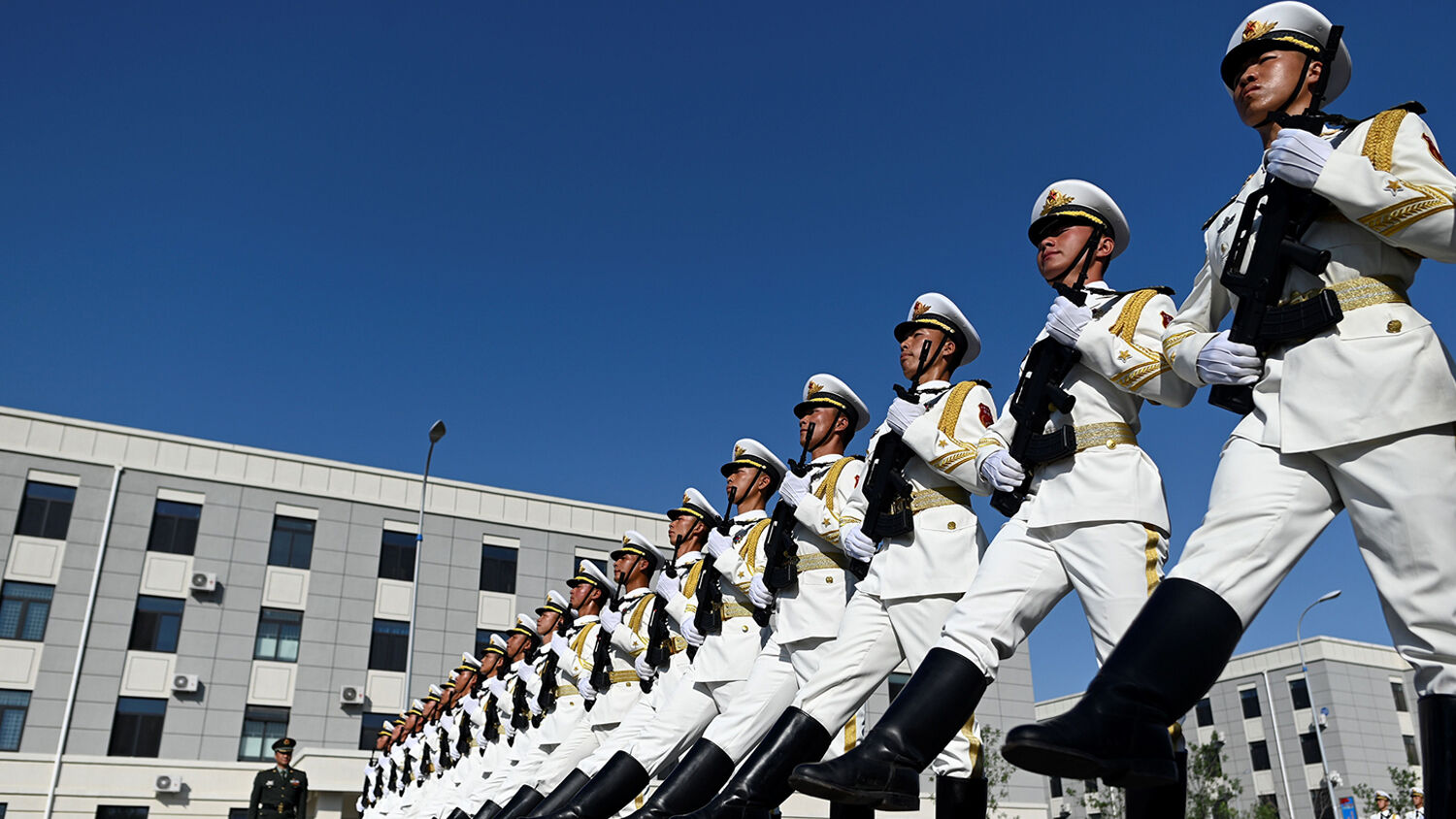 A clear indication that China continues ‘steering the world toward war.’

Though this is the lowest increase for almost 30 years, it’s still an appreciable increase—and it says much about China’s priorities during coronavirus.

The 6.6 percent figure can also be misleading. According to Defense News, it actually represents the fifth-highest increase in spending ever, in terms of real purchasing power.

Compared to the same time last year, China’s economy shrank by 6.8 percent during the first quarter of 2020. This made analysts pessimistic about military spending. However, Premier Li Keqiang pledged to protect the armed forces from this economic shock, and it appears his promise is holding up.

This does not bode well for Taiwan. In his statement to the Chinese parliament the day the spending bill was announced, Li dropped the standard use of the word “peaceful” when discussing reunification with the island nation. Hong Kong is also seeing an unprecedented surge in Chinese influence. A highly controversial law targeting “sedition” and “treason” against the Chinese Communist Party is being pushed through parliament. Foreign Policy called it the “final nail in Hong Kong’s coffin” and a “deathblow” for independence.

Protecting China’s military from economic shocks is particularly important at this stage. The Navy has been churning out its newest destroyer, the Type 055. It plans to build eight of these advanced ships over the next four years. It is also upgrading its current generation of ballistic missile submarines, producing more of them, and designing its successor.

In the air, the story is similar. The Air Force is currently developing a supersonic stealth bomber, estimated to make its first appearance later this year. It would complete the country’s nuclear triad, the capability to launch a nuclear strike from the sea, ground and air. Right now, only the U.S. nuclear triad includes long-range stealth aircraft.

Despite coronavirus, progress in China’s defense sector has been consistent. It is a legitimate source of pride for the Chinese, and a legitimate threat to adversaries.

Gone are the days when China was a mere regional power. Soon, this nation will play its part in world-shaping events.

“Keep your eye on China,” says our free booklet Russia and China in Prophecy. “Within a few short years, this nation—the ascendant, proud China that has emerged today—will dazzle the world. Watching its vault into great-power status truly is a look at the future.”

The booklet begins by stating: “In the next few years, there will be a staggering turn in world events! A giant Asian superpower, with a modernized Russia and China at the helm, will dramatically affect the course of history.”

How do we know this?

The Bible has much to say about specific events in our 21st-century world. It identifies all the major world powers. By combining its prophecies with an understanding of history, you can prove that Russia and China will fulfill a prophetic role as Europe’s main competitor in a world where the United States is no longer in the picture.

Daniel 11:44 describes the time immediately after a German-led Europe achieves dominance. It reads, “But tidings out of the east and out of the north shall trouble him [the king of the north—a German-led European Union]: therefore he shall go forth with great fury to destroy, and utterly to make away many.” Our free booklet The Holy Roman Empire in Prophecy explains the identity of this northern power. The Bible shows that “tidings,” or news, out of the northeast will scare Europe into greater military aggression. The source of those tidings is none other than the rising Russia-China axis (you can read more about these identities in our free booklets Ezekiel: The End-Time Prophet and The Prophesied ‘Prince of Russia’).

China’s commitment to shielding its armed forces from the effects of the coronavirus is another indication that it will soon be in position to fulfill this prophesied role as one of “the kings of the east” (Revelation 16:12). The combined armies of China, Russia and other Asian nations will total 200 million soldiers (Revelation 9:16).

A militarizing China is a great threat to world stability. As Trumpet editor in chief Gerald Flurry warned in his 2016 article, China is indeed “steering the world toward war.”

As tensions in Asia mount, China continues to prioritize its military—exactly as the Bible and our free booklet on Russia and China forecast. Watch Mr. Flurry’s recent Key of David episode on this subject for a clear overview of this prophetic trend.