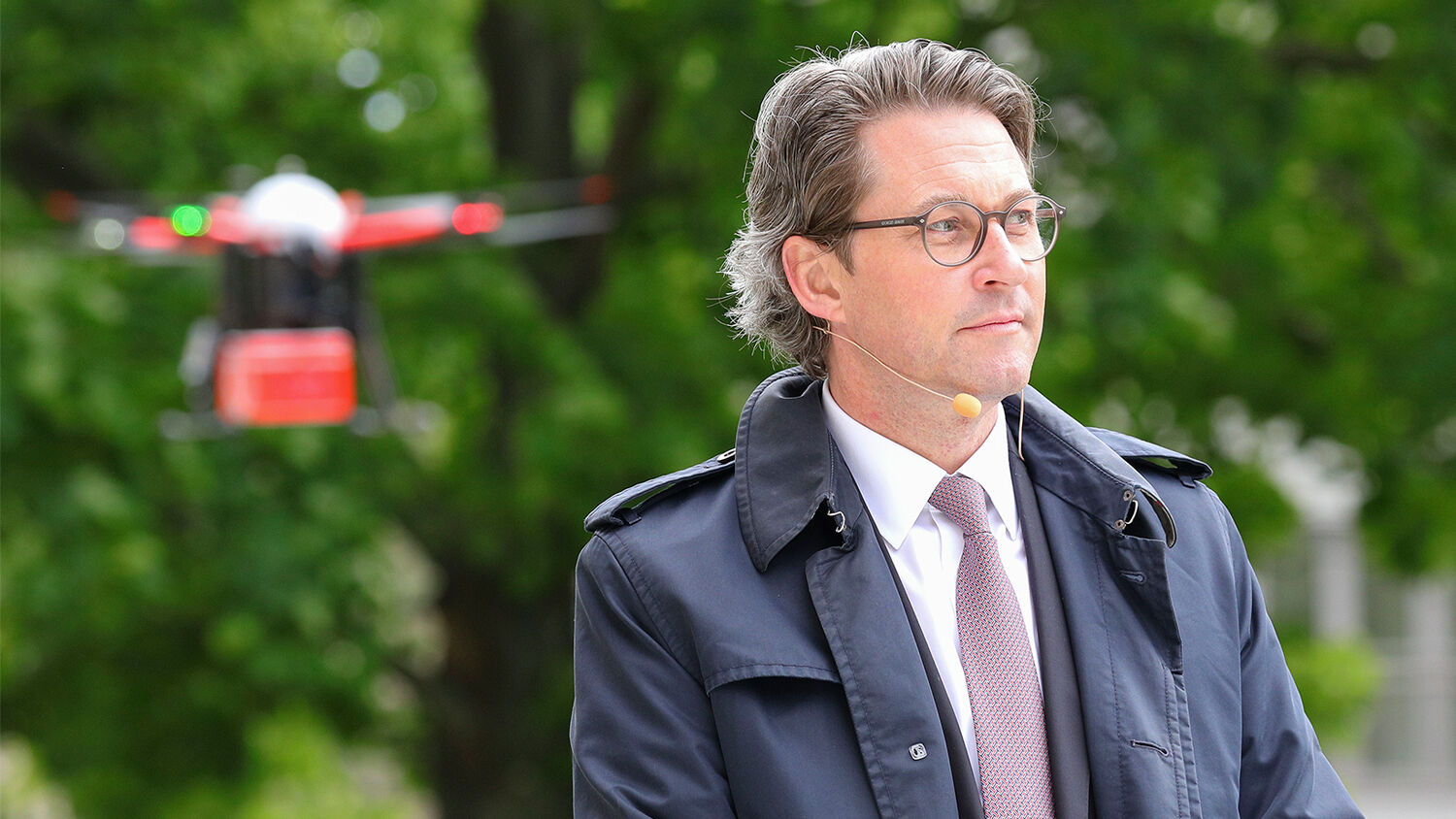 Drones could soon drastically change the everyday life of citizens and soldiers.

“Germany Is to Become a Pioneer in the Use of Drones,” declared a n-tv.de headline on May 13 (Trumpet translation throughout). According to Transport Minister Andreas Scheuer, drones should become part of everyday life. At the same time, Germany’s Ministry of Defense is launching a debate to make armed drones acceptable in the military. The nation’s civil and military industries could change completely within a few years.

Scheuer wants Germany’s future to be marked by drones. In his action plan, the minister showed air taxis flying over traffic jams in the future and parcel drones relieving delivery traffic.

“That could soon be a reality,” wrote n-tv.de. “In any case, the federal government has high hopes for ‘unmanned aviation systems’ as new modes of transport. With an action plan, [Scheuer] wants to drive forward the development for everyday use. Germany should become a pioneer internationally.” Scheuer has spoken of a “departure into the third dimension.”

At the presentation in the Defense Ministry’s garden in Berlin, Scheuer displayed a drone that tests medical air freight and aims to reduce transport times, according to Sabrina John, managing director of the Society for Aviation Informatics.

Scheuer intends to promote a transition “from the laboratories into the air.” The action plan focuses on creating more research funding, a new legal framework for the operation of drones, and an increased acceptance of drones among the population. The measures will be incorporated into a revision of the German air traffic regulations.

The government’s aerospace coordinator, Thomas Jarzombek, emphasized that drones “have long been much more than a vague vision of the future or a gadget for amateur pilots.” The industry is a “growth driver” and creates high-quality jobs.

These technologies would not only change everyday life; however, they would also change modern warfare.

Even as Scheuer published the action plan, the Defense Ministry is trying to spark a broad debate about the use of armed drones. But the left-wing party Die Linke called the debate a “farce” because the drones acquisition and use have long been prepared.

“Germany has shown interest in using drone swarms controlled by AI [artificial intelligence] to support combat vehicles and future battle tanks,” c4isrnet noted on December 13. Israeli company Rafael and European information company Atos have teamed up to create a so-called glass battlefield, at the request of the Federal Office of Bundeswehr Equipment, Information Technology and In-Service Support. The real-time 3-D picture of the battlefield allows unmanned aerial systems and combat vehicles to operate more efficiently and in greater unity.

The German Army already has more than 630 unarmed drones. In its foreign missions, Germany deploys the Israeli long-endurance drones Heron 1. According to a report by the Defense Ministry in response to a parliamentarian question, Rheinmetall Defense Electronics has also been involved in military drone projects by the German government in recent years.

Germany and France are already working together on a new generation of battle tanks and fighter jets, as Trumpet editor in chief Gerald Flurry highlighted in his article “France Rejects America—and Empowers Germany!” Together with the drones, they could completely change the battlefield of the future.

Although you don’t hear about it in the media, Germany has been preparing for modern warfare—the type of warfare that is prophesied in your Bible. What is being simulated on computer screens today may be exactly what the Bible describes in Revelation 9:7-9.

Revelation 9 describes a swarm of military aircraft. The January 2011 Trumpet magazine states that the Apostle John used “the symbolic term of locusts to describe the terrifying war machines that would be invented by scientists and used by the military in this final world conflict! Notice that these symbolic locusts, or grasshoppers, are driven by men and are able to fly (verses 7, 9). They will make a tremendous noise and are protected by armored plating.”

Few pay little attention to Germany’s military developments. The Bible, however, reveals that this nation will suddenly transform from a military dwarf into a military giant.

Germany is the world’s fourth-largest industrial power and third-largest exporter. In cooperation with other European countries, it could suddenly invest its economic might into its military industry. “Forging a Superpower,” from the April 2019 Trumpet, explains in detail how suddenly Germany could become a military superpower and why the Bible warns about this reality.