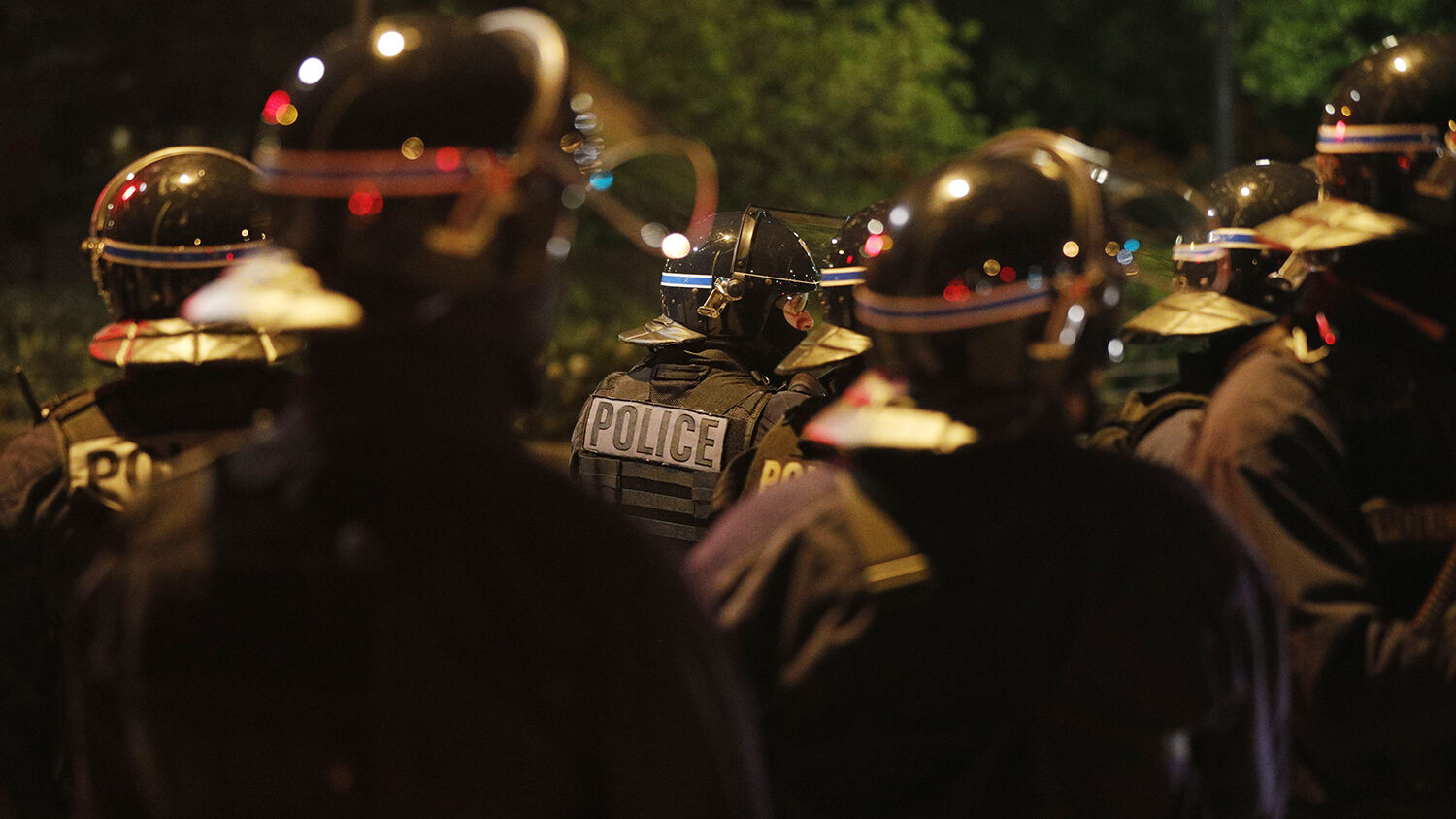 How will Paris defuse the tensions plaguing its suburbs?

Five days of riots, starting April 18, after a road accident between a police car and a motorcyclist, shook France. The clashes demonstrated the divide between the country’s police and immigrant population. As social unrest continues during the coronavirus lockdown, how will France respond?

The motorcycle rider had been speeding through the city of Villeneuve-la-Garenne without a license plate or a helmet. He stopped at a red light, not realizing he had pulled up beside an unmarked police car. The police claim they stepped out of their vehicle and asked for his license, at which point he attempted to flee, but instead hit the car’s door and was hurled off his motorcycle. He suffered a fractured leg.

A video of the incident circulated on social media. It was revealed that the man had a criminal record for drug possession and extortion—and that he was a Muslim. Many denounced the police for making a “blunder” that led to the man having to undergo at least two operations in the hospital.

The following five nights saw destructive riots, which spread from Villeneuve-la-Garenne to neighboring suburbs. Protesters burned a police station in Strasbourg and a school in Gennevilliers. Many cars, garbage dumpsters and other property were also burned or vandalized. The fireworks seen on those nights were not from any celebration—they were used as projectiles. Between April 21 and 23, police arrested nine people.

Villeneuve-la-Garenne is a northern suburb of Paris. These suburbs are known for being the location of riots in the past, including the three-week-long clashes in 2005. These also predominantly involved those of African and Middle Eastern descent.

France once possessed colonies in West Africa, the location of modern Algeria, Benin, Burkina Faso, Guinea, Ivory Coast, Mali, Niger and Senegal. Many citizens of these nations immigrated into France during the 20th century. The migrant population has grown greatly since 2014, but French law prohibits making any official census based on race or religious belief; therefore, it is difficult to determine exactly what percentage of the population are practicing Muslims. Surveys by independent agencies such as Pew Research have found that France, along with Germany, is now home to the highest population of Muslims in Europe. France is also one of the most secular nations in Europe.

Leaders have been ignoring the recent increase of those with radical Islamic beliefs entering the country since the migrant crisis began. French Interior Minister Christophe Castaner declined to label the five days of violence as riots, instead telling French media outlet bfmtv that they were “sporadic tensions” (April 23).

France is ignoring its Muslim problem. There are problems on both sides—police can be heavy-handed, and immigrants fail to integrate. But nobody is confronting the situation. Police are still taking the approach of nonintervention instead of taking action to end the riots and restore order. The country is noticing. Soon, French citizens will choose a leader who addresses their concerns directly.

Tensions simmering right now are pushing politics in France closer to what the Trumpet has forecast for Europe.

Trumpet editor in chief Gerald Flurry writes in his free booklet Daniel Unlocks Revelation, “We need to watch the European Union for a man stepping in and seizing control of that entity through flatteries. He is going to hijack the EU. … Politics in Europe are going to shift dramatically to the right.” He wrote that in 2005, when riots in France were less common, and well before the migrant crisis began in 2014. What did he base his forecast on?

The Bible describes how European sentiment will turn sharply against Islam. A prophecy in Daniel 11:40 speaks of Europe as “the king of the north.” It says, “And at the time of the end shall the king of the south push at him: and the king of the north shall come against him like a whirlwind, with chariots, and with horsemen, and with many ships; and he shall enter into the countries, and shall overflow and pass over.” This describes Europe attacking radical Islam militarily (as our free booklet The King of the South explains). Radical Islam will also be rooted out of Europe domestically. A strong German leader will unify the Continent under Christianity. This leader will be called a “king,” according to Daniel 8:23. As Mr. Flurry explains in A Strong German Leader Is Imminent, this means he will not be a democratic ruler.

Tensions are building on the streets of France. As they continue, watch for discontent with Islam in France to grow, and these prophecies of a stronger Europe clashing with Islam to be fulfilled.

A strongman-dominated Europe will change your world. Read our free booklet A Strong German Leader Is Imminent to understand how.