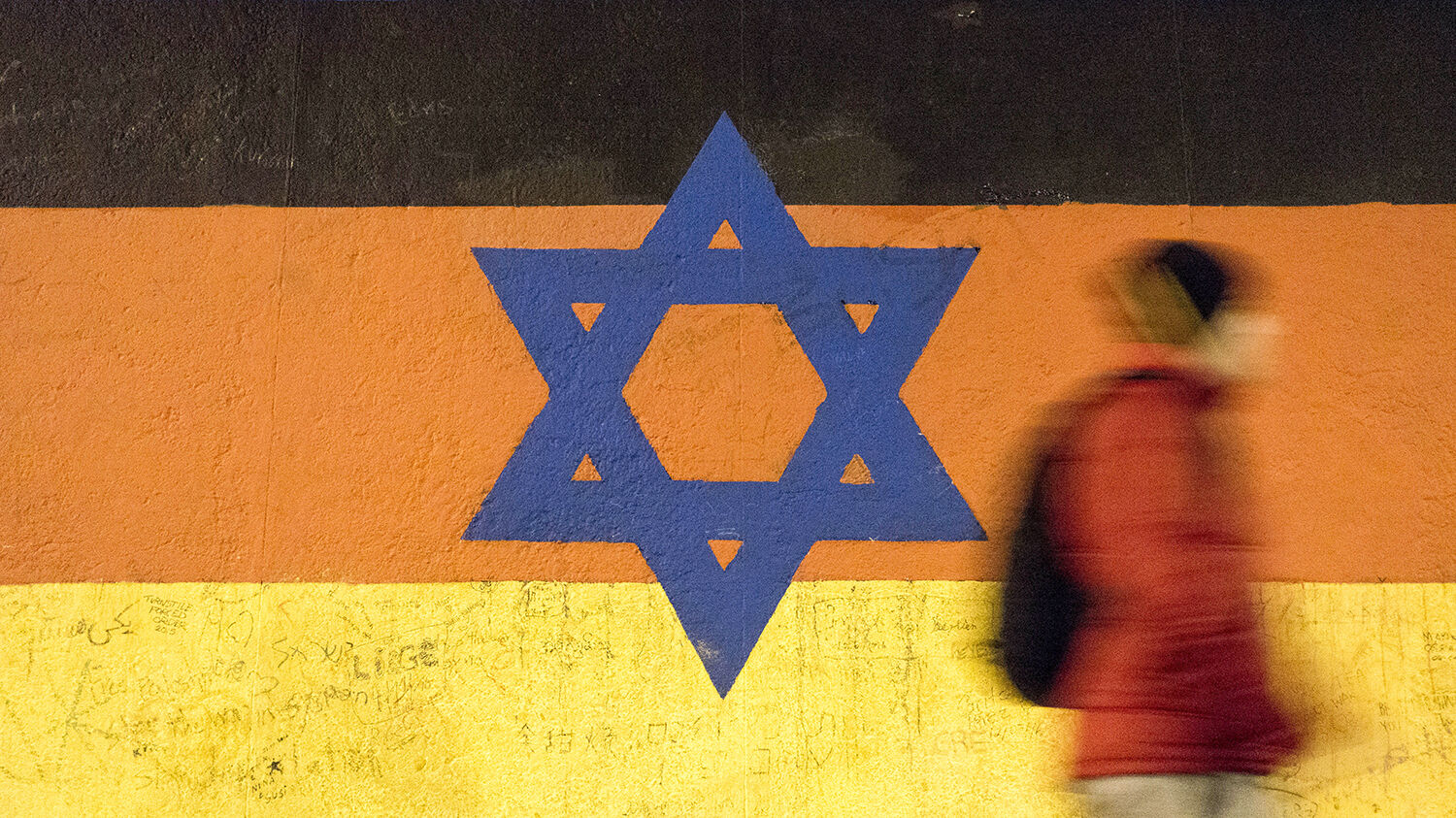 A man passes by a section of the East Side Gallery in Berlin with graffiti featuring the Star of David.
Omer Messinger/NurPhoto via Getty Images

Germany’s history is stained by anti-Semitism. But what about Germany today? Seventy-five years after the end of World War ii, President Frank-Walter Steinmeier urged Germans to remember their history, saying on May 8, “German history is a broken story, with responsibility for millions of murders and millions of sufferings. It breaks our hearts” (Trumpet translation throughout).”You can only love this country with a broken heart,” he added. Has Germany truly changed? Is anti-Semitism no longer existent?

A look at present-day Germany makes clear that the answer is “No.” Anti-Semitism is a global problem. What we see happening today is increasingly similar to what took place in the lead-up to World War ii. Germany’s problem with anti-Semitism is one we need to study in particular.

“Germany’s past is a fractured past, with responsibility for the murdering of millions and the suffering of millions… And that is why I say that this country can only be loved with a broken heart.”

The President of Germany marks 75 years since the end of the war in Europe. pic.twitter.com/ZsMzjcAcK0

Chancellor Angela Merkel publicly lamented in 2018, “It is hard to understand, and it is a shame that no Jewish institution can exist without police surveillance, be it a school, a kindergarten or another institution, such as a synagogue.” This reality has caused government officials and many mainstream media outlets to declare war on anti-Semitism. But despite the many speeches about the Remembrance of the Holocaust and despite intensified efforts to persecute criminals, anti-Semitic crimes increased by around 13 percent in 2019, according to Welt am Sonntag. The 2019 Annual Report on “Politically Motivated Crime” detailed that around 2,000 crimes were committed against Jews and Jewish institutions last year; that is 201 more than in 2018. The situation that Ms. Merkel calls a “shame” can hardly change under these conditions.

“Internet hatred is the ground on which violence grows,” said Christian Democratic Union politician Thorsten Frei. “From where the image of the enemy has settled in your head, it is only a short way that leads to action.”

The German Police Union (GdP) also warned that politically motivated criminals are becoming increasingly more radical. “You become violent more quickly as an expression of increased self-confidence because you believe that this will be accepted by society,” GdP deputy chairman Jörg Radek told Welt am Sonntag.

“Jewish hatred has become more socially acceptable in everyday life,” publicist Michel Friedman warned in a January Bild interview. “Some [Jews] have already left; many talk about it. They no longer feel comfortable in this country, and no longer safe.

As preliminary numbers were being published, Germany’s federal government reported in March that anti-Semites committed more offenses in 2019 than any year since 2001, when the federal government began categorizing politically motivated crimes.

More than the increasing numbers, the attacks on Jews living in Germany have also become increasingly violent.

In October 2019, a right-wing extremist attempted a mass shooting in a synagogue in Halle, Germany; however, his attempt to shoot open the locked door failed. A bloodbath reminiscent of the Holocaust was only barely prevented.

Germany has strict laws that determine who is allowed to own guns, but even these laws are insufficient to prevent such attacks.

“Especially after the Halle attack,” Tagesspiegel noted, “the deadly dimension of anti-Semitism in Germany could no longer be disputed.” Federal Commissioner for Combating Anti-Semitism Felix Klein said that his greatest concern is the “significantly increased aggressiveness, which is expressed in the highest level of anti-Semitic violent crime.”

“In Europe, Jews are once again behind bars,” assistant managing editor of theTrumpet.com Richard Palmer wrote in “The One Minority Society Loves to Hate.” “Not in concentration camps—yet. But whenever they gather in synagogues, Jewish schools or other cultural centers, they are doing so behind walls, fences, gates and guards. In Paris’s main Jewish district, French soldiers patrol the streets.”

Palmer further explained that the recent surge in anti-Semitism is a warning of the time we are living in. He wrote:

Throughout history, rising anti-Semitism has been a symptom of a society in crisis. The Guardian’s Jonathan Freedland wrote, “Jews have often functioned as a canary in the coal mine: When a society turns on its Jews, it is usually a sign of wider ill health” (March 30, 2018). It is no coincidence that the world’s worst-ever attack on Jews, numbers-wise, took place at the same time as the world’s most destructive war. …

British journalist Melanie Phillips noted that today’s “resurgence of these anti-Semitic tropes suggests a terrifying mass loss of reason. … When societies and individuals find their identity fragmenting, they turn on the Jewish people as the scapegoat onto which they project their own murderous feelings” (February 15). Global anti-Semitism is a symptom of global societal unrest.

In 2020, we are likely to see another surge in anti-Semitic crimes. In “With the Plague Came the Pogroms,” Deutschlandfunk Kultur wrote on April 16, “When the plague broke out in Europe, Jews were blamed. Peasants, artisans and citizens murdered countless Jewish people. People today know what a virus is. But does that knowledge make one immune to conspiracy theories even in the coronavirus crisis?”

The article then quotes Levi Salomon, spokesman for the Jewish Forum for Democracy and Against Anti-Semitism, saying: “In Germany, since the coronavirus outbreak, we have been observing conspiracy theories with the entire team.” They claim that “the Jews benefit from the virus, that the coronavirus is a tool for the Jews to build their global influence. But the worst part is that the Jews are also portrayed as a virus, a malicious virus themselves.”

Has our sophisticated world learned from the past?

Anti-Semitism has been surging for no apparent reason in recent years. What if we see an increase in disease pandemics and worsening economic conditions? Are we on the verge of another holocaust?

Just the thought that history could repeat itself today seems unfathomable. Never before has knowledge been so widespread. Never before has mankind been so connected. But does that prevent us from repeating history’s mistakes?

Few understand the true cause of anti-Semitism. For this reason, the Trumpet has long warned that efforts to fight anti-Semitism will be unsuccessful.

Most people don’t understand why there is so much hatred for the Jewish people. The history of Europe is full of pogroms, and yet few understand their cause. With so much knowledge available, mankind fails to understand the cause of its evil. But you can understand. The answer is revealed in your Bible. Our article “The One Minority Society Loves to Hate” explains this cause in detail and refers to other literature that can help you further understand the cause of this phenomenon.