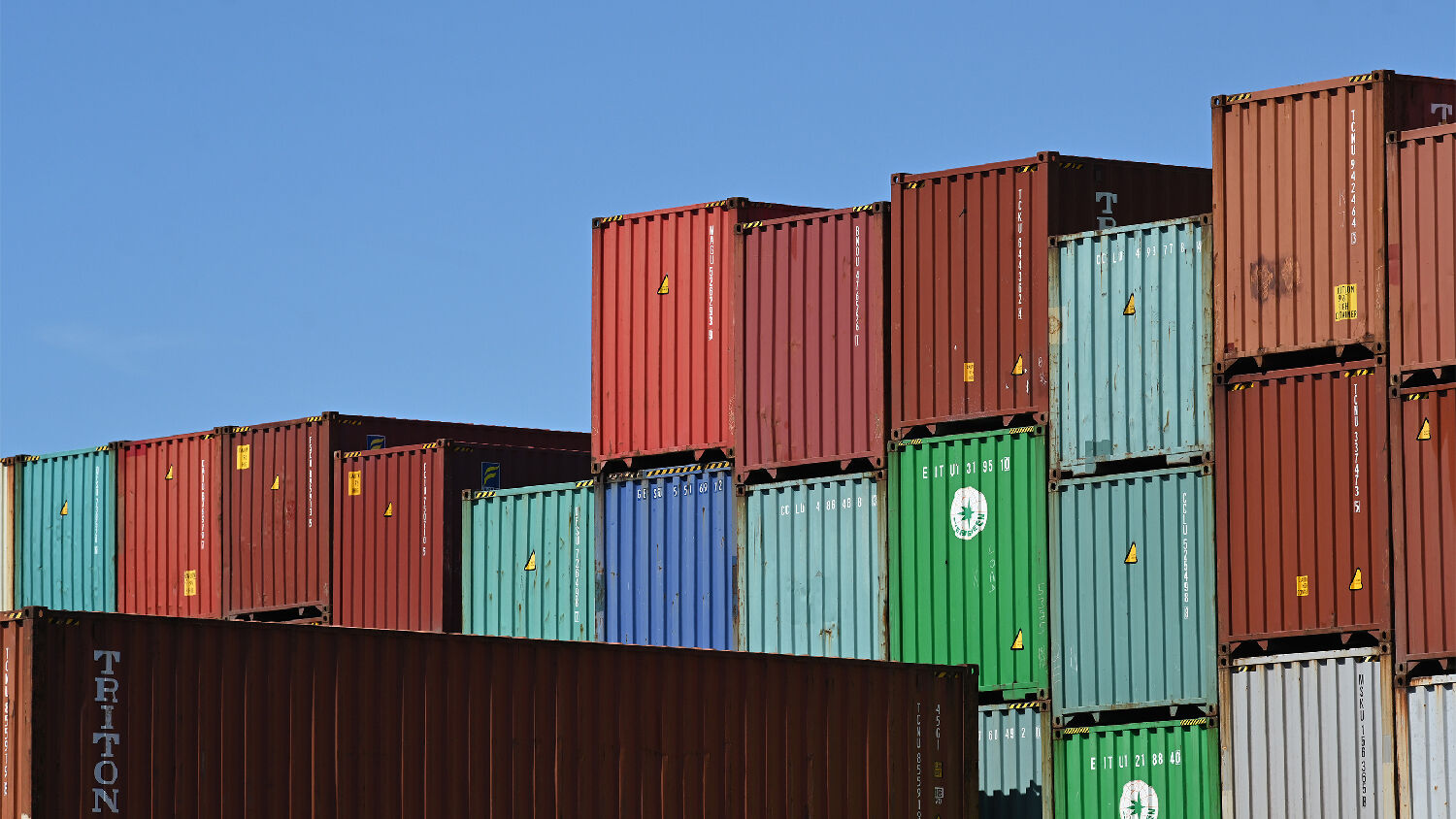 Containers wait to be moved at Hamburg Port, Germany’s biggest container port, on May 6, 2020 in Hamburg, Germany.
Stuart Franklin/Getty Images

Beyond arming the world, Germany is quietly forging military alliances.

By Josué Michels • May 7

According to the Stockholm International Peace Research Institute (sipri), Germany was among the top four arms exporters in the world between 2015 and 2019. Its arms exports were 17 percent higher than 2010 to 2014. The Ministry of Economic Affairs released intriguing facts concerning Germany’s 2019 exports of war weapons, which increased 43 percent over 2018.

German arms exports rose to $1.2 billion in 2019. Exports included war weapons such as submarines, tanks, combat aircraft and guns. When other armaments, such as armored ambulances and military trucks, are included, export permits issued by the federal government rose to a record level of more than $8 billion last year.

But something is missing from the 2019 report. “The value of war weapons exported from Germany has risen again,” Spiegel Online reported on May 5. “However, the federal government has kept some arms deals under lock and key. The statistics for the weapons of war now have some gaps.” The ministry has classified deliveries to North Atlantic Treaty Organization countries, such as Australia, Japan, Israel and Switzerland. Because the information is kept from the public, observers can’t draw conclusions about the suppliers. For this reason, the value of exported German arms may well be much higher.

Germany’s largest recipient of weapons exports last year was Turkey, an increasingly controversial recipient due to Turkey’s involvement in the wars in Syria and Libya. But the total number of weapons Germany sold to Turkey is now a secret. “[T]o protect producers,” Spiegel Online continued, “the federal government has not announced the value of exports to Turkey since last September.”

Left-wing German politician Sevim Dağdelen said, “It is a poor testimony for Chancellor [Angela] Merkel and her federal government to be world champions in the export of murder tools, but at the same time to keep the recipients of the weapons of war secret. This is cowardly and unacceptable. The public has a right to know where German war weapons are being delivered to and that Turkey’s [President Recep Tayyip] Erdoğan is the absolute front-runner among the recipient countries despite violations of international law in Syria and Libya.”

In March 2019, Germany classified its military status report. In June 2019, German newspaper Die Welt reported that the military has been developing hypersonic weapons under the principle of “German eyes only.” Around the same time, it was reported that the Army would soon include the latest laser weapons technology that the arms industry has been developing. The Army has also made advances in cyberspace and has been active in space for a decade. While all this is happening, the country has also made massive strides in uniting European armies under its command.

All these developments add to the German military’s lethality, but they don’t necessarily show up in its budget. What’s more, its military buildup is mostly unnoticed by the rest of the world.

Why is Germany suddenly building its military? Is it purely for defensive purposes, or is it pursuing its own military objectives?

It is certainly not the only nation with military secrets, but history justifies a certain suspicion when it comes to Germany’s military. A similar trend that we see happening today occurred prior to World War ii. At that time, Winston Churchill, aware of Germany’s military secrets, warned against them. In a speech delivered on Nov. 28, 1934, he said: “So far, I have dealt with what I believe is the known, but beyond the known there is also the unknown. … As to that, all I would say is, ‘Beware!’ Germany is a country fertile in military surprises” (emphasis added).

History does repeat itself. We can see that happening today. Bible prophecy also provides alarming detail about Germany’s military buildup and its military allies.

One prophecy, in particular, shows that Germany will be in a close alliance with Turkey, its number one recipient of armaments.

As Trumpet editor in chief Gerald Flurry explained in “A Mysterious Prophecy,” Psalm 83 speaks of an unprecedented alliance that is prophesied to form in our day. This prophecy mentions, among others, the following nations in this alliance: Turkey (Edom), Saudi Arabia (Ishmaelites), Syria (Hagarenes) and Germany (Assur).

This prophecy indicates Germany’s military rise will be sudden and unexpected, causing the world to “wonder” at its strength (verse 3). It is therefore not surprising that many analysts today dismiss German rearmament. Compared to the United States and China, Germany still seems to be a military dwarf. But history and prophecy teach us that Germany should not be underestimated.

Daniel 11 provides a clear prophecy that Germany’s military preparations will lead to war: “And at the time of the end shall the king of the south push at him: and the king of the north shall come against him like a whirlwind, with chariots, and with horsemen, and with many ships; and he shall enter into the countries, and shall overflow and pass over. He shall enter also into the glorious land, and many countries shall be overthrown: but these shall escape out of his hand, even Edom, and Moab, and the chief of the children of Ammon” (verses 40-41). The “king of the north” in this prophecy refers to a German-led European empire; “the king of the south” refers to radical Islam, led by Iran. Turkey, or Edom, is prophesied to escape this attack because, at the time, it will be in an alliance with Germany.

Today, Germany is arming its future allies in preparation to fight on the battlefield. Mr. Flurry explains these prophecies in detail in his free booklet The King of the South. Though these prophecies were written thousands of years ago, we are now seeing them being fulfilled in phenomenal detail.