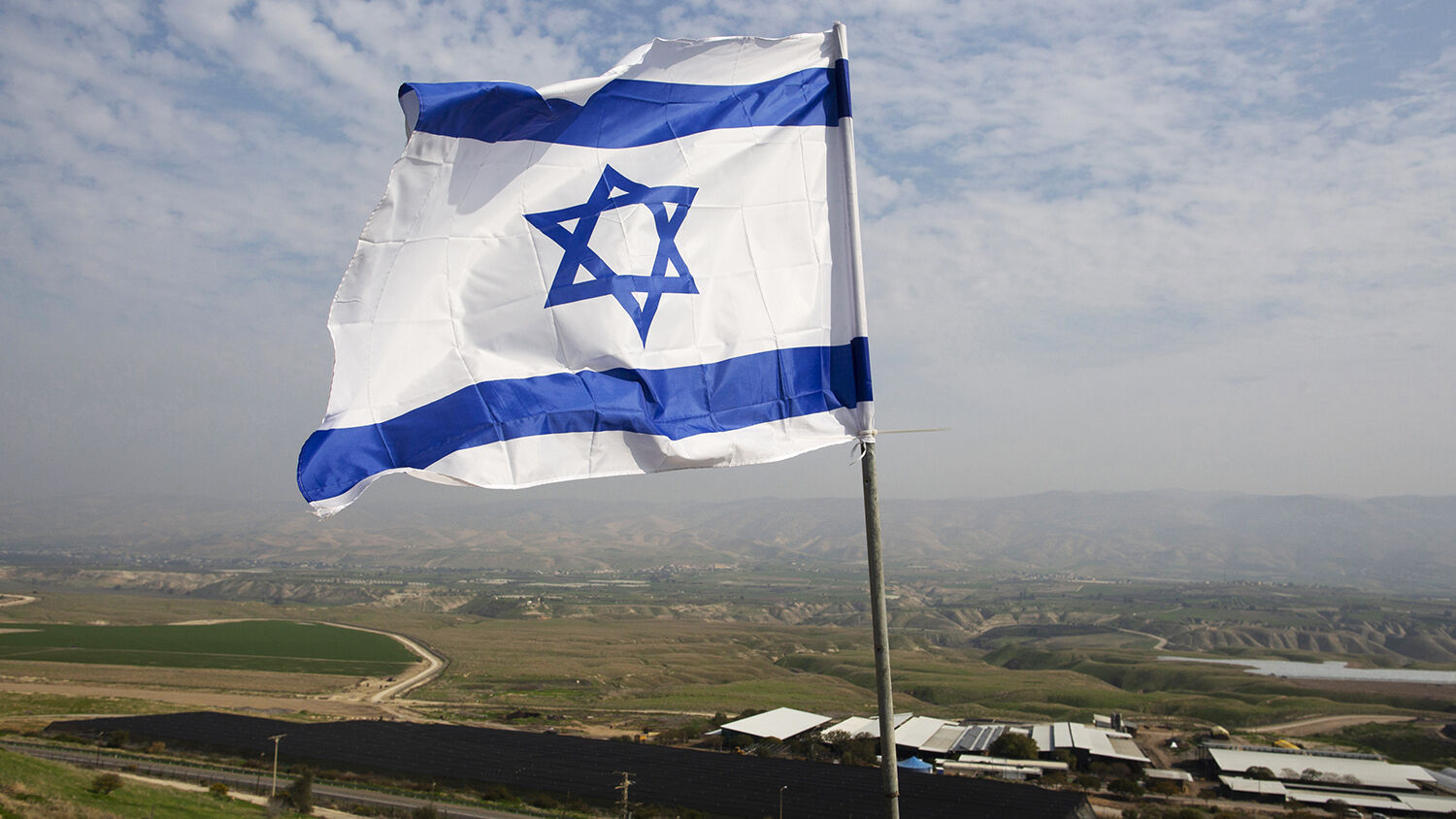 Netanyahu trades stepping down in 18 months for the historic chance to declare Israeli sovereignty over the West Bank now.

jerusalem
After an unprecedented three elections over the past year and a half, Israeli Prime Minister Benjamin Netanyahu signed a coalition agreement with rival Benny Gantz on Monday night. The pact will see Netanyahu continue as prime minister for 18 months. After this, he will relinquish the role to Gantz, although Netanyahu will remain deputy prime minister.

The agreement means Israel will avoid the potential fourth election that was slated to take place in August.

But just because Israel has a government doesn’t mean effective governance will be possible. An inspection of the 14-page coalition agreement reveals that the unity government will be anything but unified. It is not an agreement founded on mutual goodwill, but rather on deep mistrust.

According to David Horowitz, the agreement “is devoted to complex legalese intended to ensure that neither of these rivals-turned-partners can trick the other out of the prime ministership.”

In signing the agreement, it seems Gantz has closed all possible loopholes that would enable Netanyahu to backtrack on his promise to step down from power. This means that the tenure of Israel’s longest-serving prime minister will come to an end in 18 months unless something unforeseen takes place.

Netanyahu had said over three weeks ago that he was willing to leave office as part of a unity government without “any tricks.” Now that verbal offer has become a formal agreement. As Israeli Channel 12 commentator Amit Segal noted, Netanyahu has “picked up a pen and signed off” on his own future demotion.

Nevertheless, far from being beaten in the coalition talks, Netanyahu scored the two major victories he sought from the outset: temporary protection from Israel’s hostile Supreme Court and, critically, the ability to advance Israeli sovereignty over parts of the West Bank as part of United States President Donald Trump’s peace deal.

In the lead-up to the coalition agreement, there were warning signs that Israel’s activist Supreme Court would try to remove Netanyahu forcefully from office over the indictments leveled against him by the attorney general.

Israeli law clearly states that a member of the Knesset cannot serve while indicted, but that the prime minister does not have to leave unless all the legal avenues of appeal have been exhausted. Nevertheless, the high court has been repeatedly petitioned by left-wing advocacy groups to rule on whether an indicted caretaker prime minister can form a government. Rather than render the petition non-justiciable, the court said it simply wouldn’t hear petition yet, an ominous sign that a ruling against Netanyahu could come in the future.

Under the coalition agreement, if the Supreme Court decides that the law extends to a prime minister, the Knesset will be disbanded and fresh elections will be called. Such an outcome would be disastrous for Gantz as he too would miss out on being prime minister. Netanyahu is betting that the Supreme Court won’t want to intervene if it stops Gantz’s chance. And if a fresh election were called as a result of the high court action, polls suggest that Netanyahu’s coalition would win a majority of Knesset seats, enabling him to pass fresh immunity legislation against his removal.

According to the coalition agreement, both Netanyahu’s and Gantz’s blocs will receive an equal representation on the critical Judicial Selection Committee. This committee has a major influence on the appointment of new judges to the Supreme Court. During the next Knesset period, it’s likely that a number of justices will enter the court to replace those who will turn 70, the age of forced retirement from the court. Because of his representation on the selections committee, Netanyahu will essentially be able to veto any of Gantz’s appointments, which would prevent a further leftward shift of the court.

These and other stipulations in the coalition agreement effectively mean Netanyahu has curtailed the court’s ability to remove him from office easily, and may actually restore a little balance to the court.

The coalition deal doesn’t shield the prime minister from all upcoming legal battles, but it certainly buys Netanyahu the time needed to enact his legacy move: Israeli sovereignty over the West Bank.

Israeli Sovereignty Over the West Bank Is Coming

Before Monday’s deal was struck, many commentators suggested that Netanyahu was stalling so that Israel would enter a fourth election. Indeed, if the talks broke down, polls indicated that Netanyahu would have increased his power in the Knesset in the next election. He would likely have a clear majority in the Knesset without a partnership with Gantz. This shows that if Netanyahu were solely interested in preserving his own power, a fourth election would be a no-brainer.

However, there’s more to it.

If another election took place it would have happened on August 2, exactly three months before the election in the United States on November 2. If President Trump loses that election to Joe Biden, Israel would also lose American backing for Israeli annexation, as the Democrats are opposed to sovereignty.

This would mean that even a fourth election victory for Netanyahu in August would not allow enough time to work with Trump to extend sovereignty over parts of the West Bank, and most importantly, Jerusalem.

The risk of Trump losing the election was too great; therefore, Netanyahu couldn’t accept breaking off the unity talks and going to a fourth election. Had Gantz realized that advancing Trump’s peace plan was the main goal for Netanyahu, rather than preserving his rule past 18 months, it’s likely Gantz could have got far more out of Netanyahu in the negotiation process. Gantz understood annexation was a redline for Netanyahu, but probably not to what extent.

This fact alone should provide a moment of reflection for all those black flag protesters. The man they claim is a dictator and will do anything to hold onto power actually signed away his rule for the historic chance to declare Israeli sovereignty over the West Bank.

Through this tradeoff, Netanyahu has ensured that Gantz will not be able to block the annexation plans. According to Jacob Magid of the Times of Israel, “The inclusion of a clause all but ensuring annexation marks a significant victory for Netanyahu ….”

Under the terms of the agreement, Netanyahu will be able to bring to vote a bill on July 1 that will see Israeli sovereignty extended over 30 percent of the West Bank. According to the deal, there are multiple paths Netanyahu can take to ensure he can get the bill through the Knesset at an expedited pace.

In fact, the deal stipulates that, between now and the U.S. election, the Knesset can only work on laws relating to the coronavirus and advancing Israeli sovereignty.

This means the stage is being set for unprecedented cooperation between the U.S. and Israel, between now and the U.S. election, as they work to enact the first part of the peace plan.

Under the Trump deal, the U.S. will back Israel’s claim to over 30 percent of Judea and Samaria almost immediately. This includes much of East Jerusalem, all the settlements and the Jordan Valley, a critical area on Israel’s eastern flank that borders Jordan.

The best part of the deal for Israel is that sovereignty over these territories can happen very soon. Meanwhile, the Palestinian state is conditional on Palestinians enacting reforms that most Israelis don’t believe Palestinian leaders will ever agree to. According to that logic, at worst, in four years Israel will be where it is now, except with more of Judea and Samaria declared as sovereign Israeli territory. This is why Netanyahu has received so much support to enact the unity deal with Gantz, and likely why he is pushing hard to implement the first stage in the next six months. Many Israelis accept Mr. Trump’s deal on the assumption that the Palestinians will reject peace as they have so many times before, so what is there to lose.

But what if this is wrong? What if the Arabs appear to follow the Trump deal? Israel will have to make some major and deadly concessions!

Trumpet editor in chief Gerald Flurry drew attention to this dangerous aspect of the peace deal in his article “Will the Trump Peace Plan Bring Peace to Israel?” “If implemented, this plan puts a Palestinian state on the doorstep of Jerusalem and encircling almost every Jewish settlement in the West Bank,” he wrote. “It does not create two states side by side with one continuous border: It is a series of roads, tunnels and overpasses connecting islands of Jewish communities in the West Bank, each surrounded by a deeply hostile people. Does anyone seriously believe an arrangement like this will bring lasting peace? Jews in these isolated enclaves would be vulnerable. It would actually create a dangerous wound for the Jews.”

As Mr. Flurry wrote, this dangerous wound, involving the giving away of land to the Arabs, is actually prophesied in your Bible. Noting a passage in Hosea 5:13, Mr. Flurry wrote that biblical Judah, which is the modern nation of Israel, has a wound it cannot heal. Eventually, Israel will recognize the wound this peace pact has created and turn elsewhere for help. But not to God.

If Gantz had his way, this peace deal would have been dead in the water. But prophecy said otherwise. Your Bible states that critical end-time events leading to the coming of the Messiah take place in the context of a dangerous peace deal between Palestinians and Israelis.

The negotiated unity deal between Gantz and Netanyahu puts Trump’s peace deal on center stage in the coming months, and with it the prophecy of Hosea 5:13.

As for Netanyahu’s long-term future, there is a clause in the deal that allows him to resign before his 18 months are up. Gantz would have to take over and perform his 18 months. After which, Netanyahu would become prime minister again to complete his remaining time. This would allow Netanyahu to once again become prime minister before the next election after the 36 months. This means that while it seems Netanyahu has to relinquish power at some point, he may be back thereafter.

If you would like to understand more details of the timing of this prophecy, please read all of Gerald Flurry’s article “Will the Trump Peace Plan Bring Peace to Israel?”