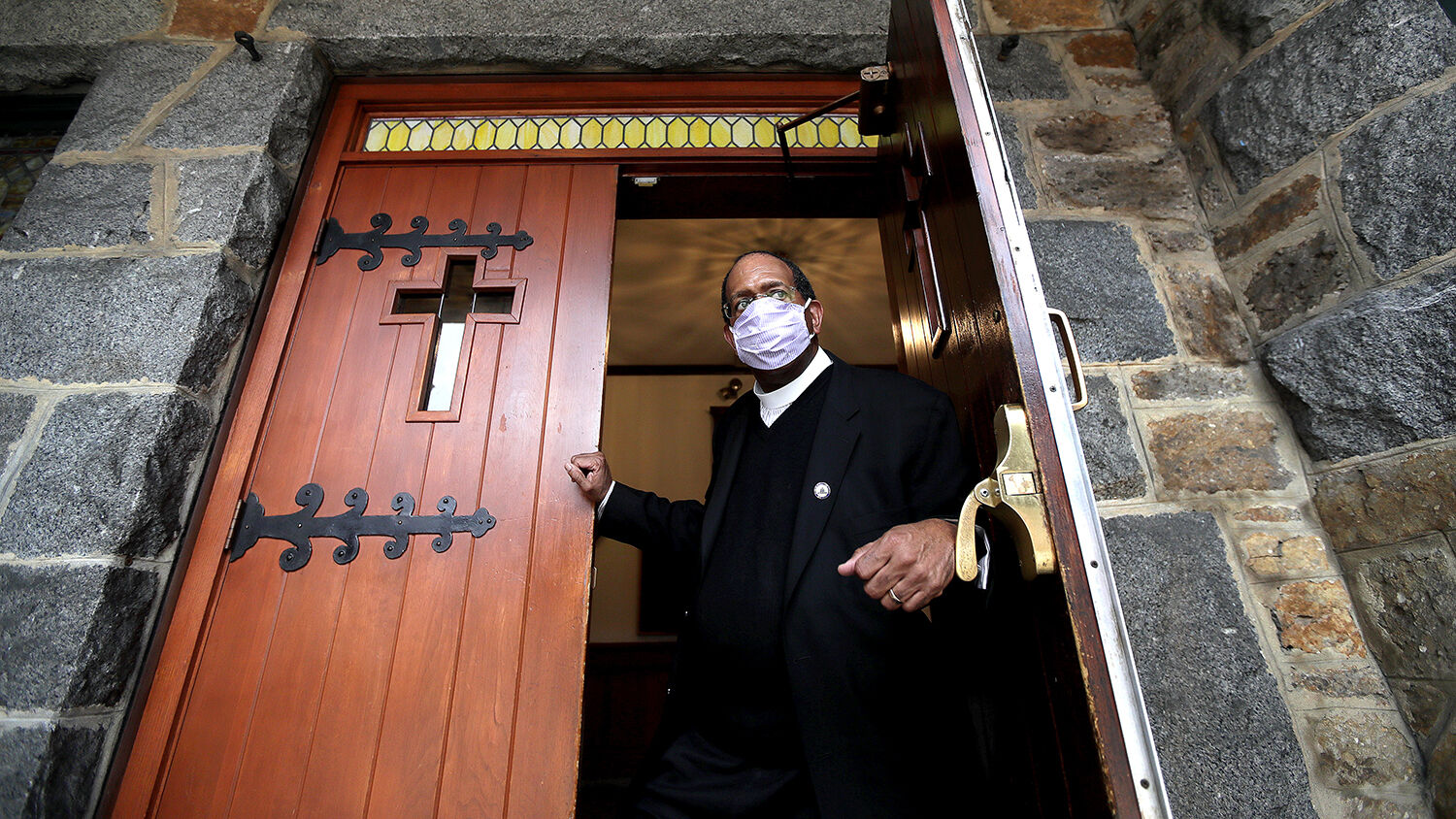 What is your pastor telling you about coronavirus? Is God allowing it? Is God causing it?

The Bible answers these questions. But many of the religious authorities explaining this pandemic barely use the Bible.

In a report on this subject, usa Today quoted a Christian theologian from Northwest Nazarene University in Idaho. This minister talks about those who say God is “angry about sin or gays and lesbians or whatever” and is punishing the world—a view he rejects because “God is a god of love, He’s not in the business of doing evil” (April 2).

This man even denies the idea that God is allowing this evil to occur, saying: “If you buy into the theory that God is a god of love, … that doesn’t make any logical sense. Letting something horrible happen goes against God’s nature.”

Why, then, is this outbreak occurring? usa Today paraphrases his view this way: “God can’t simply prevent the coronavirus—or any other natural evils—single-handedly but requires ‘our participation and cooperation’ to fight it.”

According to this man, God is not causing or allowing the outbreak, and He cannot prevent it without our help. This is not a very powerful God. He can’t prevent disasters single-handedly, so He can’t be blamed when these things happen.

These ideas might sound good, but do they come from the Bible? If not, then they are essentially coming from this man’s imagination.

A rabbi in this article is described as “beating back the idea that God is somehow punishing the world by unleashing a plague for the new millennium.” It quotes her as saying, “I do not think God is smiting us. My theology does not involve a man in the sky with a pair of dice saying, ‘It’s smite-the-people o’clock.’ That’s not how I understand what God is.” I’m unclear how dice factor in, but this rabbi doesn’t believe God smites.

Does this view come from the Bible? From the Torah? From the Old Testament prophets? If not, she is making it up.

“I don’t think God caused the coronavirus, but I see God’s work everywhere,” the rabbi says. “In every single person who makes the decision to love their neighbor as themselves, in every person who’s staying home even though it’s not convenient, in every doctor and nurse and health-care worker who are putting themselves at risk, in every grocery store worker. The proof of the holy is a lot of places.”

A lot of people are expressing these kinds of sentiments—that anything you think of as good is God—but it is a mistake to view anything bad as an expression of God. You can find a lot of examples of religious authorities saying these types of things. Many have been aggressively fighting the notion of divine punishment.

But they don’t tend to quote the Bible.

A recent survey of American voters found that 5 percent believe coronavirus is a sign of God’s “coming judgment,” 17 percent believe it is a “wake-up call for us to turn back to faith in God,” and 22 percent believe both of those things. That means 44 percent of Americans believe God is using the coronavirus to send a message. And 29 percent say these are “signs that we are living in what the Bible calls the ‘last days.’”

How many religious leaders are saying these things?

When one Orthodox Israeli rabbi said the coronavirus is spreading because of “gay pride” parades, another Orthodox group came out and condemned those remarks. “Trying to get people to return to religion cannot come at the price of harming others,” it said in a statement. That always happens: Anyone who even suggests divine judgment for specific sins is lambasted.

One pastor from San Jose, California, declared March “Repent of lgbt Sin Month”—and issued a press release saying, “God’s love shows it is urgent to repent, because the Bible teaches homosexuals lose their souls and God destroys lgbt societies. Obeying God protects the U.S.A. from diseases, such as the coronavirus.”

Most of these types of statements appear on liberal websites, making fun of them. In today’s society, a preacher like this is on the extreme fringe and a target for ridicule. But there are actual Bible verses showing that God’s law does forbid those sins, and God does punish for those sins!

Yet this San Jose pastor is off track in other ways. His statement that homosexuals “lose their souls” is misleading. He believes the change from President Barack Obama to President Donald Trump shows that America is becoming more righteous, which is unsupported by the Bible or by the facts. He is posting lengthy prayers for the nation on YouTube—despite Christ’s instruction to make our prayers in secret (Matthew 6:5-6)—apparently expecting his personal prayers of repentance to reverse the coronavirus curse and lead the nation back to God.

This is another theme you see among religious leaders: the notion that the coronavirus is igniting a religious revival.

One rabbi in Israel believes that coronavirus is drawing Jews to God. “The Jewish people lives, we are waking up, opening our eyes, stopping all the nonsense we do, and really drawing closer to Shabbat,” he told the Jerusalem Post.

This may be true of some individuals—but plenty of evidence shows the opposite trend. Locked down in their homes, millions more people are using their time not to watch a pastor livestream his sermon but to watch pornography and smoke marijuana. Pornography sites are offering free premium accounts, and traffic to it has increased noticeably, both in America and worldwide. Marijuana sales in Alaska, California, Colorado and Oregon rose 50 percent at the end of March. Beer sales are up significantly, and indications are that many are bingeing on junk food, movies, tv series and video games. The idea that America is a righteous nation on the verge of a third Great Awakening, or that the world is starting a religious revival or mass repentance, is a false hope!

So many of the explanations and answers being given by religious leaders are provably shallow, wrong and unbiblical.

So is there any real hope?

Yes! The real hope is in the truth of Bible. That insulted, overlooked and misapplied book contains a hope that dwarfs coronavirus, if only people would accept it.

It does us no good to assume what God would or wouldn’t do based on our own ideas. That is making God in our image. It is no different from carving an idol out of a piece of wood or metal and worshiping that.

The Bible also explains why you don’t see more of that in the world around you—why there is so much suffering. The reason is that mankind has rejected God, and God has cut mankind off from Him (Genesis 3).

The truth of the Bible is that the god of this world is not God but Satan (2 Corinthians 4:4). That is a truth the religious leaders of this world are not telling you.

We certainly have no right to blame God for these things! These are the results of our breaking God’s laws—laws He gave us to show us the way to health and abundance!

The Bible explains that God blesses those who obey Him. That doesn’t mean God’s people never experience trials—even health trials. In fact, the Bible tells us to expect trials, and it teaches us how to navigate them with faith and peace, even joy. In doing so, those trials actually become a blessing, strengthening us spiritually.

The Bible also shows that God is a God of judgment. He punishes us for breaking His law of love, just as any responsible father punishes his children whom he loves when they go astray. That doesn’t make God a monster.

Any religious leader who isn’t telling you this does not know God! That is the plain truth.

“Ye have wearied the Lord with your words. Yet ye say, Wherein have we wearied him? When ye say, Every one that doeth evil is good in the sight of the Lord, and he delighteth in them; or, Where is the God of judgment?” (Malachi 2:17). These are exactly the sentiments you are hearing from so many religious authorities today—and God says these words weary Him! (To learn more on this subject, read Chapter 5 of Gerald Flurry’s free book The God Family Vision, titled “Where Is the God of Judgment?”)

It is rank dishonesty to claim to speak for God while discarding whole sections of the Bible in which God reveals His nature and His plan and replacing it with what you imagine God to be.

God does judge. He judges according to His law. And He spells out His law so we know exactly what His expectations are. “Whosoever committeth sin transgresseth also the law: for sin is the transgression of the law” (1 John 3:4).

We think we know what is good for us and bad for us, but this latest crisis—and all the accumulated crises that constitute our world—proves that we do not! God tells us exactly what is bad for us. That is what sin is.

The problem is, most people reject how God defines sin. Even many religious leaders will not even talk about sin! Many act as if we get to decide what sin is. But God decides what sin is. He tells us what is right and what is wrong; we decide whether to obey. “I call heaven and earth to record this day against you, that I have set before you life and death, blessing and cursing: therefore choose life, that both thou and thy seed may live” (Deuteronomy 30:19). That is our choice.

We live in a world that is choosing death, and it is suffering curses because of that. It truly is in its last days. The world as we know it is going to die because we have been choosing sin, which is choosing death!

That is the truth that far too few people will tell you. And it is not God’s fault.

The Bible is clear that if we truly did repent, God certainly would turn things around. 2 Peter 3:9 says that God “is longsuffering toward us, not willing that any should perish, but that all should come to repentance” (New King James Version).

God wants everyone in this whole world to come to repentance, and He has a plan for bringing all people to that point! Most will repent after being resurrected during the world to come, which God will introduce at Jesus Christ’s return.

Repentance means accepting God’s authority, accepting His definition of right and wrong as our own, and submitting to it. It means recognizing how far from Him we are, how much we have exalted ourselves above Him. You see a whole lot of evidence of that in the world around us today. Even in this crisis that should correct our attitudes, people are placing their trust in other people rather than really trusting God.

Each one of us must use this opportunity to see things more from God’s perspective, rather than carrying on with our limited, skewed, human perspective.

If you are not hearing these things from your pastor, then you should be asking yourself some hard questions: What does God’s Word actually say? And why isn’t my minister explaining any of that?

The truth of the Bible: That is the only true measure to know what your pastor isn’t telling you.