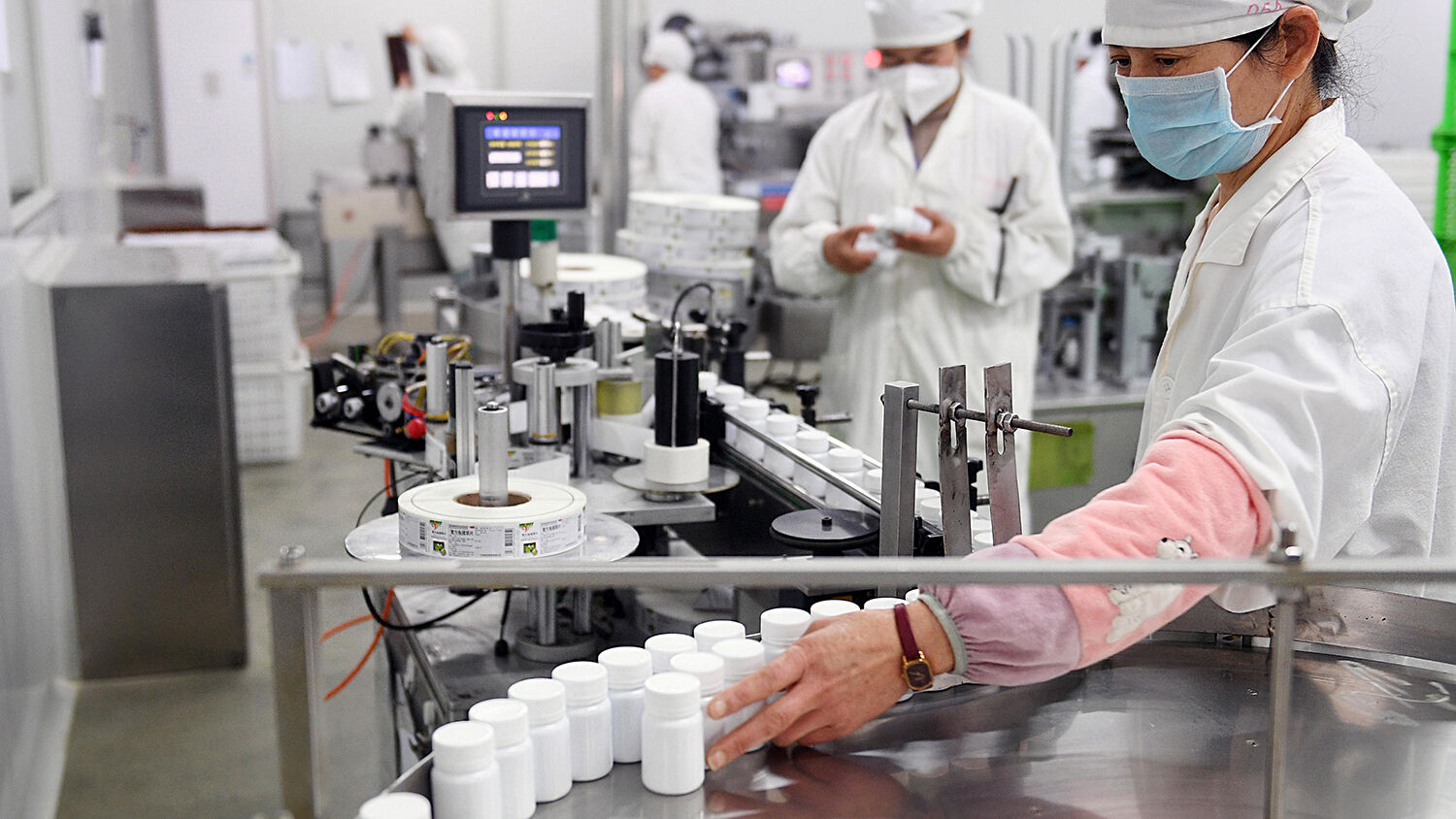 China’s control over world trade and supplies could quickly become a weapon to bring down the world order.

If the coronavirus has shown us anything, it is how much the world has come to rely on China. Its foreign ownership and monopoly of supply chains is another weapon in the hands of the Communist Party. Many are warning that this pandemic must result in our social and economic distancing from China.

In a March 13 Project Syndicate column, Brahma Chellaney wrote that the coronavirus pandemic “should be a wake-up call for a world that has accepted China’s lengthening shadow over global supply chains for far too long.”

One example is China’s domination over the medical and pharmaceutical industry. Approximately 80 percent of America’s generic drugs come from China and India—and up to 75 percent of India’s ingredients come from China. These drugs include antibiotics, painkillers, hiv/aids medications, chemotherapy drugs, antidepressants and diabetic treatments. Up to 97 percent of antibiotics sold in the United States come from China, according to a U.S. Department of Commerce study. “If you’re the Chinese and you want to really just destroy us, just stop sending us antibiotics,” said Gary Cohn, former chief economic adviser to U.S. President Donald Trump.

During the coronavirus, China has been forced to decrease production of some medicines and pharmaceuticals, causing a drug shortage for the first time and driving up prices. With declining imports from China, India froze exports of 26 essential drugs and drug ingredients to ensure its own population was fully provided for.

Meanwhile, in early March, China’s state news agency Xinhua warned the U.S. that it had the power to plunge it “into the hell of a new coronavirus pneumonia epidemic” by banning or limiting exports of pharmaceuticals.

Rosemary Gibson, author of China Rx: Exposing the Risks of America’s Dependence on China for Medicine, told the New York Times, “If China shut the door on exports of core components to make our medicines, within months our pharmacy shelves would become bare and our health-care system would cease to function.”

Added to this, the U.S. no longer leads the world in technology—the foundation of 21st-century society and economy. While the world could survive without “made in China” T-shirts and shoes, the weaponization of pharmaceutical or technology supply chains would have a much greater impact.

China is involved in approximately $4.6 trillion of trade worldwide. Its biggest exports go to the U.S., worth $481 billion annually; however, its imports from the U.S. total only $156 billion. This trade takeover by China has happened dramatically fast over the last few decades.

Coronavirus has led other nations to question their reliance on China. Among developed nations, Australia’s economy is the most reliant on China. Approximately one quarter of Australian trade is with China. Thirty-eight percent of its foreign students and 15 percent of its tourists are Chinese. China owns 9 million hectares of Australian land, an airport in Western Australia, several coal mines, wind farms and the port of Darwin. With the cracks from this dependency appearing during coronavirus, more and more citizens and politicians are calling for a reckoning of Australia’s reliance on China.

Europe is also examining its dependence on China. Deutsche Telekom’s chief security officer, Thomas Tschersich, told Politico that Europe must answer to its “overdependence on China” and needs “to be willing to invest in Europe.”

Before coronavirus hit, Chinese leaders were calling 2020 the “year of Europe.” While this may have hit a few snags in the road with the recent economic downturn, Bloomberg suggests that the pandemic may present an open door to China in Europe. China has been making inroads into Europe through its Belt and Road Initiative, and now it is offering medical aid to those worst hit. It is also preparing for deals in Europe, with bankers reporting an increase in requests from Chinese firms to aid European companies seeking funding. The European Union has warned its member states to be on the lookout for foreign investors seeking to take advantage of its economic vulnerability, and individual governments are working to establish policies to avoid this eventuality.

When any nation becomes reliant on another to supply its needs, it is at the mercy of that nation’s desires and strategic goals. It becomes powerless—vulnerable.

In “China Is Steering the World Toward War,” Trumpet editor in chief Gerald Flurry wrote:

Just as a nation anciently could surround a city, cutting off its supplies and starving it into surrender, China has this same capability today. It simply has to cut off the supply chain and those nations that rely on it will “be literally besieged.”

While the U.S. follows a policy of “America first,” it has long ignored China’s decades-long effort to become the world’s economic powerhouse. But that is suddenly coming into full view through the coronavirus. The world is now grappling with its overdependence on China.

To more fully understand this siege, please read Chapter 6 of Russia and China in Prophecy.