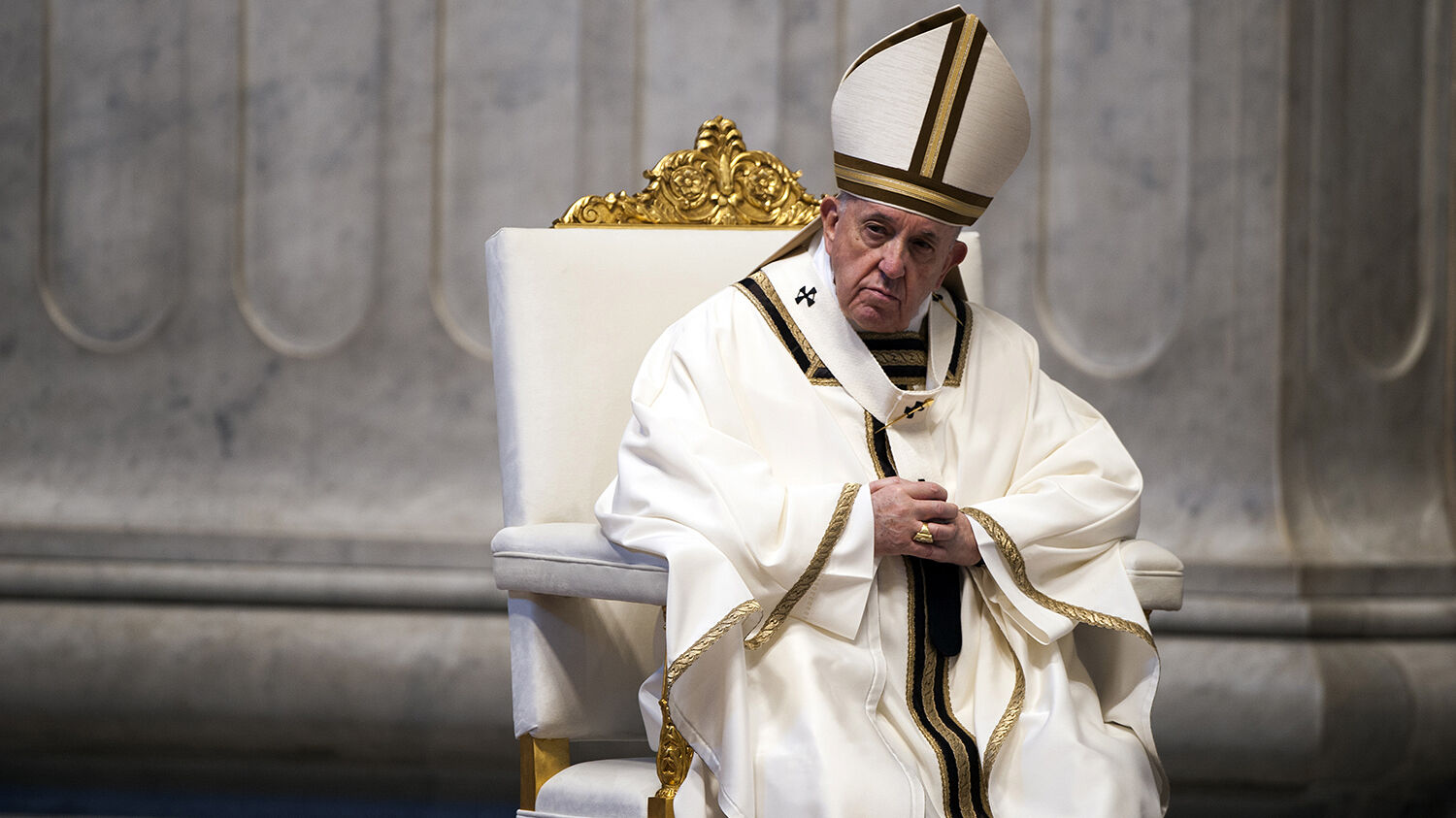 Is the pope socialist?

Pope Francis wrote a letter to social activists on Easter Sunday, April 12, in which he called for a universal basic income. Amidst a global economic and health crisis, the Catholic Church has blamed the suffering of impoverished workers on capitalism—and by extension, the United States.

The pope promoted “structural changes” and criticized the “economy of exclusion and inequality,” which he says is to blame for those suffering financial hardship. What structural elements of the economy need to change? He addressed impoverished workers, whom he believes have been abandoned by capitalist societies. “This may be the time to consider a universal basic wage which would acknowledge and dignify the noble, essential tasks you carry out,” he wrote. “It would ensure and concretely achieve the ideal, at once so human and so Christian, of no worker without rights.”

He addressed the letter to the World Meeting of Popular Movements, which is a Catholic initiative set up to bring church leadership into contact with activists for popular social causes around the world. These groups are left wing and socialist, or even Communist, in their thinking.

The pope has spoken negatively of capitalism and the United States before. His 2013 letter Evangelii Gaudium (Joy of the Gospel) called capitalist free-market economies “naive” because they “trust in the goodness of those wielding economic power.” He went on to call capitalism “a new tyranny” and “a financial system which rules rather than serves.”

“If Pope Francis is to be taken at his word, he could not possibly wish for the leader of the capitalist system to thrive and prosper, continuing to inflict its ‘tyranny’ on the world,” wrote Trumpet editor in chief Gerald Flurry in his 2016 article “Why Is the Pope Meddling in American Politics?” “If he believes the free market is a force of destruction, then he would feel not only justified, but obligated to use his power to weaken it.”

This trend has been evident for some time. Speaking about capitalism in July 2015, Pope Francis quoted a fourth-century bishop who called the free pursuit of money “the dung of the devil.” In 2016, he visited the United States-Mexico border. Responding to a question about then candidate Donald Trump’s plan to build a wall there, he said, “A person who thinks only about building walls, wherever they may be, and not building bridges, is not Christian.”

So, is the pope a socialist? It may look like he is, and some critics denounce him for it. However, he has previously endorsed another economic vision. One which is deeply religious.

Pope Leo xiii promoted an ideology called the “third way” in his 1891 apostolic exhortation Rerum Novarum (On the Conditions of Labor). It was a reaction against capitalism and socialism, which promoted a society of corporatism under the Catholic hierarchy. Pope Francis acknowledged that his 2013 letter Evangelii Gaudium (Joy of the Gospel) borrows heavily from Leo xiii’s exhortation.

This is more than an economic arrangement. It is also deeply religious. It impacts every facet of life, from who holds governing authority to how the government handles money and workers’ rights. Under the “third way,” the state would control the economy. The government would manage society by dividing it into distinct departments, like the craft guilds of the feudal era. All this would be under the moral and spiritual guidance of Catholicism.

Why is the pope aligning with left-wing social causes? These espouse socialist ideals that oppose the American free-market system. His recent statements imply that capitalism has caused needless suffering during the coronavirus crisis. Unlike socialists, though, his solution is religious.

The pope will never be able to bring Catholic corporatism on the entire world. But the Catholic Church will have success in transforming Europe. And it will also lead a revived and united Europe in an attack on the United States. So says one definitive source.

The Bible prophesies that the Catholic Church will guide Europe. It shows that a combination of church and state will unify the Continent and oppose the United States.

Revelation 17 describes a prophetic “beast,” which represents a political and military superpower. This bloc is rising today in Europe. It will be ridden, or guided, by a “woman” (Revelation 17:3). In biblical symbolism, a woman represents a church. Notice what Mr. Flurry wrote about this “woman” in “Why Is the Pope Meddling in American Politics?”:

The woman in Revelation 17 is not the true Church of God, which is described as being a radiant woman in white linen (e.g. Revelation 12:1; 19:7-8). This woman is a “great whore … arrayed in purple and scarlet colour, and decked with gold and precious stones and pearls, having a golden cup in her hand full of abominations and filthiness of her fornication,” and “drunken with the blood of the saints” (Revelation 17:1, 4, 6). This pictures a great and mighty false church.

This church holds significant political influence with “the kings of the earth.” Such a description could only apply to one church in human history—a church that has exercised power over many great leaders, that has been deeply enmeshed in national politics and international affairs.

Before this union of church and state conquers the United States, it will freeze the U.S. out of world trade (read our free book on Ezekiel). Hearing it speak out against capitalism and the American way of life is only the beginning.

Europe will look to the Catholic Church for guidance, and when it does, it will become united like never before. This will be bad news for America in the short term.

But the bigger picture is that Jesus Christ will end this evil empire’s dominance shortly after. He will set up a new world, with God’s true systems of economy and government.

In his article, Mr. Flurry acknowledged that such strong statements need strong proof. You can and must prove this yourself. To do so, please read The Holy Roman Empire in Prophecy.